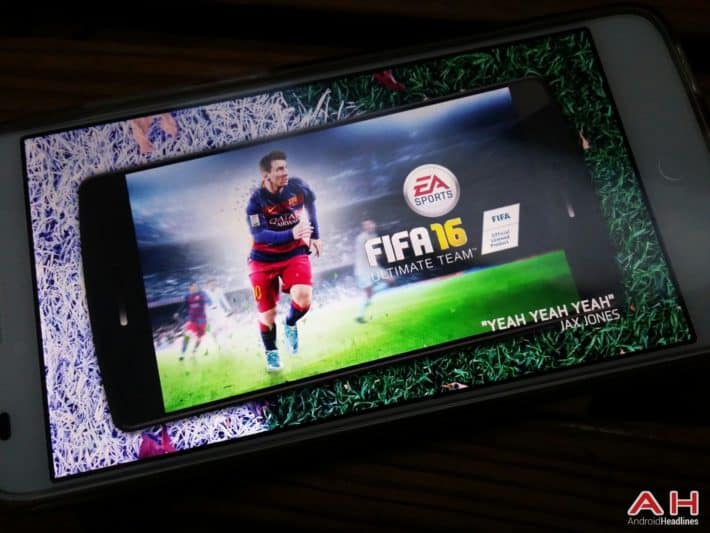 It has been almost two months since EA Sports released FIFA 16, and even though the game has its issues, as you'll notice in the comments on the Google Play Store, it's still one of the best soccer games available out there. EA Sports have improved graphics significantly compared to last year's offering, and there are a number of novelties as far as gameplay goes. The controls have been updated, and you have even more combinations to choose from this time around. Keep in mind that this is not exactly the most intuitive game as far as controls go, and you'll need to get used to the controls before you'll able to be any good at it. The company has also introduced player celebrations here, which is the frist time we're seeing that feature on mobile devices.

There are various modes inside of the game, you can build an manage your own team if you want to. Choose the formation, kits, playing style and try to do the best you can throughout a number of competitions. There are over 10,000 players available in the game, and over 500 licensed teams for you to choose from. Transfers are, of course, also included here, which gives you the opportunity to experience the managerial side of the game as well. The game is optimized for tablets, and if you'd like to get a better look at the gameplay, check out the screenshots in the gallery down below. You'll also find an embedded YouTube trailer below this article, in case you're interested. FIFA 16 is free, but it does offer in-game purchases, so keep that in mind.