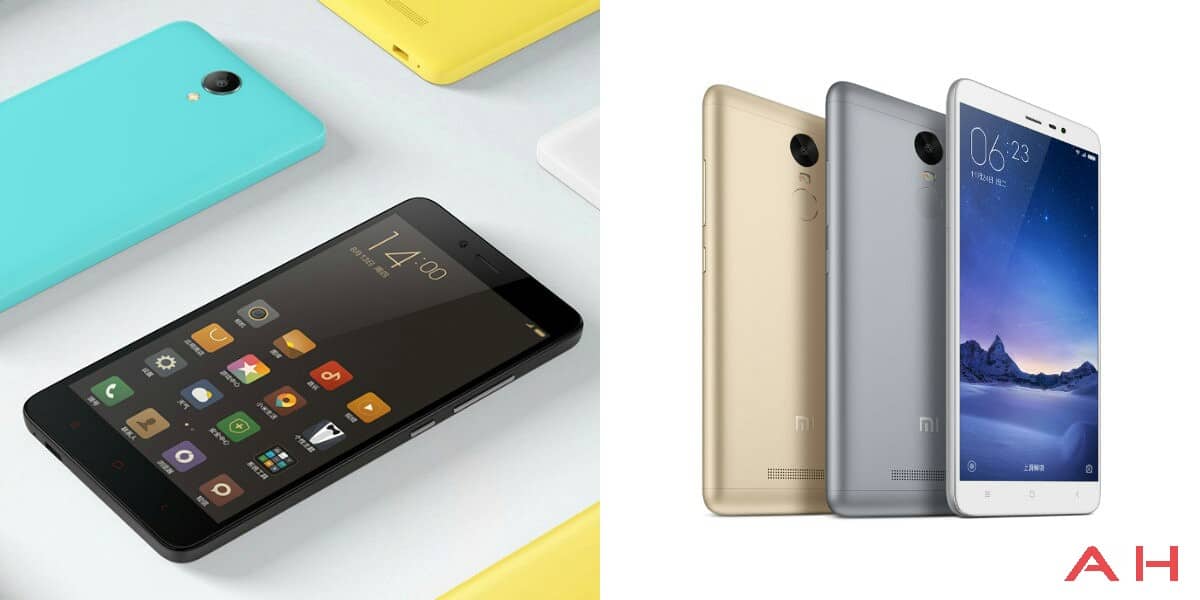 These two smartphones actually have a lot in common, which is not that odd considering their announcements aren't exactly that far apart. Both of these handsets are powered by MediaTek's Helio X10 64-bit octa-core SoC, and sports 5.5-inch 1080p (1920 x 1080) displays. The two devices also ship with identical camera sensors, the 13-megapixel one on the back, and a 5-megapixel one up front. So, what's different about them then? Well, first thing that comes to mind is build quality. The Redmi Note 2 is a well-built device, but it's made out of polycarbonate, while the Redmi Note 3 is all metal. Speaking of build, the Redmi Note 2 doesn't sport a fingerprint scanner, while the Redmi Note 3 does.

Interesting enough, Xiaomi has decided to release two RAM variants of the Redmi Note 3, so the phone is available in both 2 and 3GB RAM variants with either 16 or 32GB of internal storage. Its predecessor also comes in 16 and 32GB variants (as far as internal storage goes), but both of these variants sport 2GB of RAM on the inside. Aside from what we've already mentioned, the two phones sport a different battery units on the inside and somewhat different measurements because of it. The Redmi Note 2 ships with a 3,060mAh unit on the inside, while the Redmi Note 3 comes with a rather big 4,000mAh battery. The Redmi Note 2 is 8.3mm thick, while the Note 3 is somewhat thicker at 8.65mm.

So, all in all, it's quite obvious that these two devices belong in the same category basically. Not only do they share a number of internal specs, but they also look quite similar in terms of sheer design. The build materials are significantly different though, the Redmi Note 3 does seem like a more premium device thanks to its build. All in all, the Redmi Note 3 is a worthy successor to the Redmi Note 2, even though some might consider it to be only a variant of that handset. Either way, the Redmi Note 3 costs 899 and 1,099 Yuan in China, respectively. In case you're interested in purchasing the Redmi Note 2 internationally by any chance, you can do so via GearBest. In case you're interested, click the button down below, and keep in mind that the phone will cost (on GeraBest) only $79.99 on Black Friday.