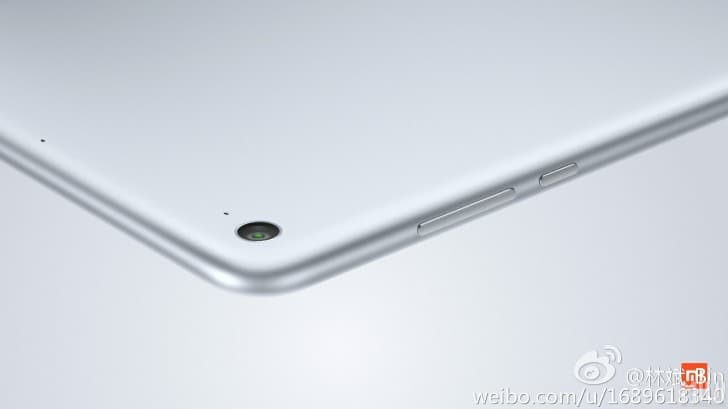 Xiaomi Redmi Note 2 Pro has been leaking all over the place for weeks now. We know pretty much everything there is to know about this smartphone, and Xiaomi has even announced an event for November 24th recently, while they’ve also teased the arrival of this smartphone at the said date. That being said, we kind of expected for Xiaomi to launch some additional hardware at the event, and it’s quite apparent that will happen. Xiaomi’s President, Lin Bin, has teased the arrival of the Mi Pad 2 tablet by posting a partial image of the device on his official Weibo (Chinese social network) page.

That being said, the tablet has also surfaced in its full glory earlier today, and we do have some extra info to share with you now, as it seems like Mi Pad 2’s pricing information has surfaced as well. According to the latest rumor, the Mi Pad 2 will actually launch in two variants, lower and higher-end ones. The basic variant will be priced at 1,499 Yuan ($235), while the higher-end model will set you back 1,799 Yuan ($282) should you choose to buy it. Either way you spin this, the Mi Pad 2 will be quite affordable it seems. We still don’t know the exact specifications of these two tablets, but the Mi Pad 2 did leak in Geekbench recently, read on.

According to Geekbench’s listing, the Mi Pad 2 will be fueled by Intel’s SoC clocked at 2.2GHz, and it will sport 2GB of RAM. Now, this is almost certainly the basic variant of the device, which means that the higher-end model will probably sport 3GB of RAM. We know that the tablet will be made out of metal, but we still don’t know the rest of its specifications. Judging by the leaked image, the Mi Pad 2 will be over 8-inches big, so you can basically expect a 9 or 10-inch tablets here, which makes sense considering the fact that the original Mi Pad sports an 8.9-inch display. That is pretty much it, additional info might leak before the announcement, and if that happens, we’ll make sure to let you know, so stay tuned for that.