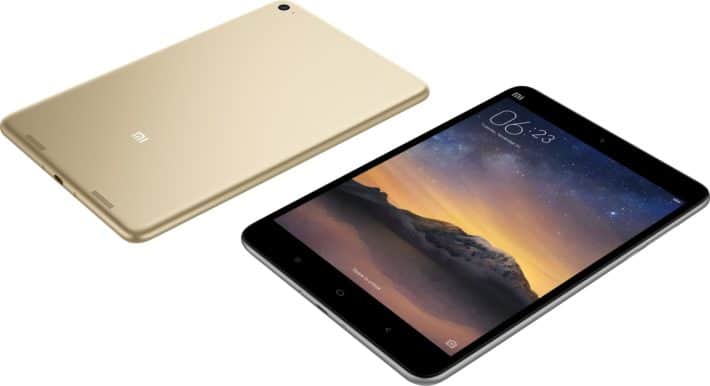 Xiaomi is currently holding an event in China, and the company has already announced their first smartphone with a fingerprint scanner, the Redmi Note 3. This handset is made out of metal, and we've already covered its announcement. That being said, we knew that Xiaomi is also planning to release the next-gen Mi Pad tablet, the Mi Pad 2. The original Mi Pad was announced back in March 2014, so it was about time Xiaomi to release its successor. The Mi Pad 2 was just announced in China, let's see what's new, shall we.

As far as camera sensors go, you'll find an 8-megapixel snapper on the back of this tablet, while a 5-megapixel shooter is available up front. There is no LED flash here, which is not that odd considering this is a tablet after all. The 6,190mAh battery is located on the inside of this tablet, and on the bottom of it you'll notice the Type-C charging port. Android 5.1 Lollipop comes pre-installed here with Xiaomi's MIUI 7 OS available on top of it. The Xiaomi Mi Pad 2 will be available in Dark Grey and Gold color options. The 16GB variant of Mi Pad 2 is priced at 999 Yuan ($156), while the 64GB model will set you back 1,299 Yuan ($203) should you choose to buy it. Now, interesting enough, Xiaomi has also announced that a Windows 10 variant of this tablet will be available as well, though it won't start selling until late December according to the company. That is pretty much it, if you'd like to take a closer look at this tablet, check out the gallery down below.