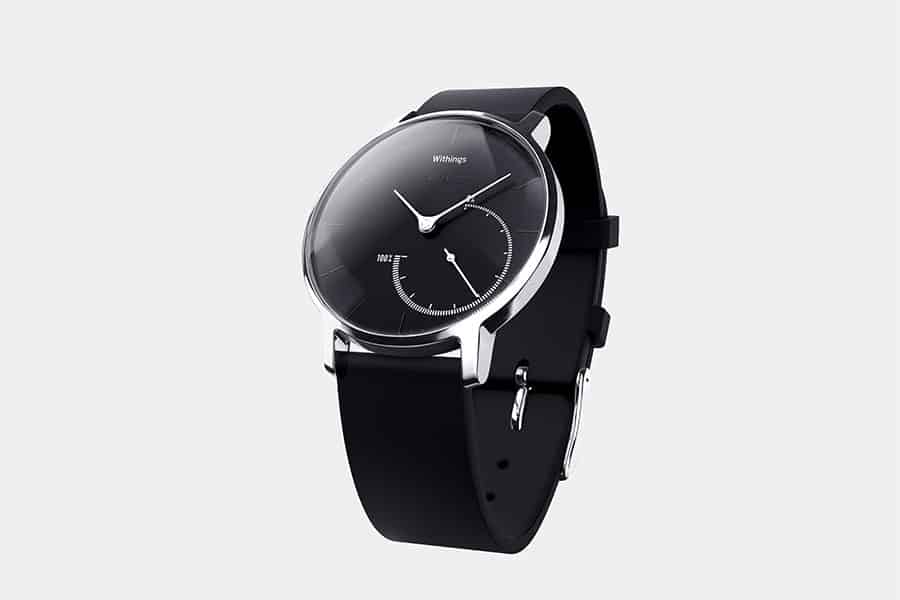 Many of us were born into the analogue world, and we are not quite ready to leave it all behind in this pilgrimage to the digitally-connected promise land. Perhaps this is made most apparent by the current smartwatch trend that has been trying to gain a foothold in the new wearable technology market. It is no secret that mobile cell phones put a real damper on the wristwatch market, but many people still enjoy the convenience, style and status classic wristwatches offer. No matter how many pixels the manufacture adds to the tiny screen, some folks are just not interested in trading in their analogue minute and hour hands to play like Dick Tracy. Of course, that is not to say there is no smart envy. It turns out there is a segment of the population that would like to track both time and health stats throughout the day, but can actually live without having email accessible on the same device. Luckily French electronics company Withings has created their Activit© line of analogue smart watches.

Withings has announced the newest addition to their Activit© line of analogue smart watches, the Activit© Steel. The Activit© line was introduced just over a year ago, and offers all the elegance of an analogue Swiss timepiece, but with a handful of smarts built in. The Activit© Steel purportedly tracks walking, running, and swimming thanks to a water resistance of up to 30 meters. It also keeps tabs on the calories you burn from all these activities. Additionally, the Activit© Steel monitors your sleep and has a silent vibrating alarm designed to ease you awake.

Withings has developed the Health Mate app which allows users to sync their phone to their Activit© watches. Health Mate has over 100 partners including MyFitnessPal, and even Spotify integration so you can be woken up by your favorite song.

The Activit© Steel has an elegant stainless steel case and a silicone strap. One main selling point the Steel holds over its competitors equipped with digital screens is battery life. There is no need to charge the Activit© Steel, it has an easily replaceable battery that lasts up to 8 months. The Activit© Steel begins shipping on November 16th. They retail for $169 USD.