Skip to content
Trusted By Millions
Independent, Expert Android News You Can Trust, Since 2010
Publishing More Android Than Anyone Else
9
Today
156
This Week
908
This Month
3895
This Year
121501
All Time The Droid Turbo 2 is the follow-up to last year’s Droid Turbo from Lenovo-owned smartphone company Motorola. The phone, which was launched last week, will be exclusive to Verizon in the US but the device will be launched globally as the Moto X Force. The smartphone of course, comes with a shatterproof display as its unique selling point. Named ShatterShield by Motorola, the technology basically aims to tackle one of the biggest problems with modern smartphones, whose all-glass facades do not exactly make them the most durable and sturdy devices that mobile phones used to be in the days of the legendary Nokia 3310.

Motorola produced the shatterproof display on the Droid Turbo 2 by getting rid of the glass panel altogether, and replacing it with two ‘lenses’, which are made of a transparent polycarbonate and acrylic polymer. Motorola then put in a flexible AMOLED panel, which can withstand any serious damage upon impact, on account of its flexibility. While the exterior lens does lack any scratchproof coating, it is user-replaceable, meaning owners can actually get rid of a scratched and dented outer lens for an all-new, scratch-free version if and when they choose to do so for reasons of either usability or aesthetics, or both.

Talking about replacing the outer lens for reasons of aesthetics, Verizon, in its infinite wisdom, decided to put its old checkmark logo on the bottom of the outer lens, which may or may not be to everyone’s liking. The protective layering though, is fairly easily replaceable, as mentioned earlier and Motorola will make replacements available at a fairly low price, if reports are to be believed. While the replacement outer lenses in the US are also likely to ship with the clear and present Verizon logo, replacement parts for the global version of the handset – the Moto X Force – will, in all likelihood, come without any such branding. So basically, all Droid Turbo 2 owners, displeased with the presence of a big and unseemly checkmark where the capacitive home button would normally be, can order an international version of the outer protective layer off of the internet and replace the exterior lens by themselves, as demonstrated in the pics.

While Motorola may take a while getting its replacement parts ready for all markets, they are expected to be made available eventually, so it doesn’t seem like it would be too much of a problem for anyone wanting a clean, branding-free bezel on their Droid Turbo 2. One thing to remember however, is that the warranty statement from Motorola clearly states that for the four-year warranty to be valid, the outer lens must be present at all times. So even if you are not exactly a fan of the big checkmark being visible front and center, it might be a good idea not to get rid of the outer layer until Motorola-approved replacement parts are available freely. 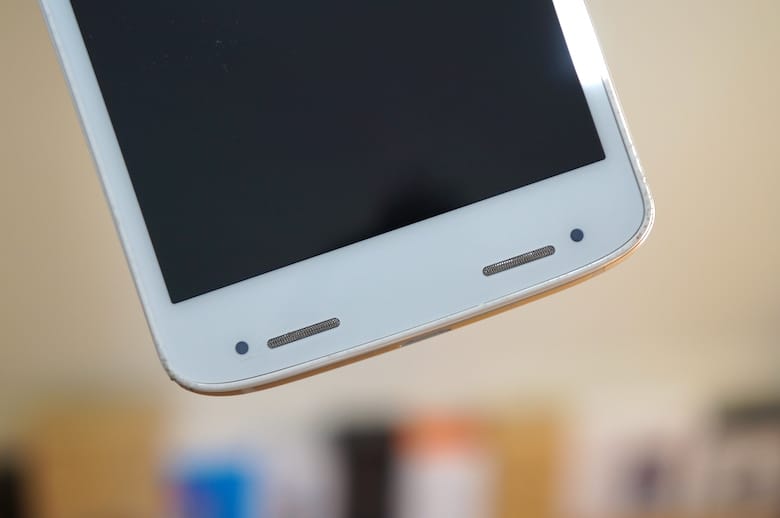