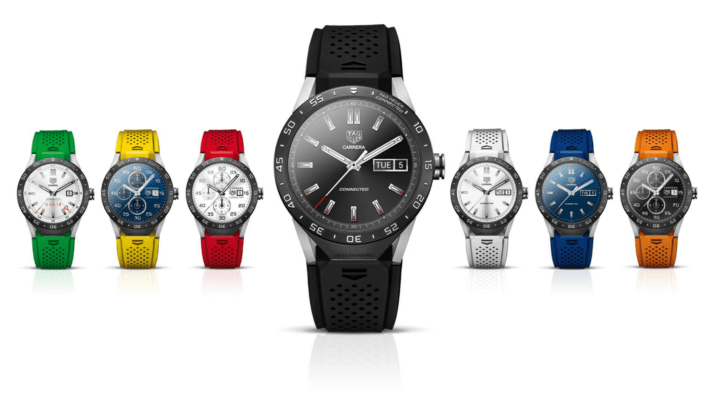 For some time now, we've been hearing little by little of the TAG Heuer Connected smartwatch, the first from the Swiss giant to be considered a "connected watch". Partnering with both Intel and Google, the TAG Heuer Connected is an Android Wear smartwatch that hopes to bring the Swiss giant into the 21st Century. During an event today, TAG Heuer as well as representatives from both Intel and Google took to the stage to introduce the most expensive, and well-crafted Android Wear smartwatch.

David Singleton from Google described the watch as the "smartest luxury watch" in the world, and considering it has the power of Google search and Google Now under-the-hood, it might well be. To back up that claim with the brain of the operation, Intel has an Intel Atom Z34XX processor as well as Bluetooth and WiFi connectivity. There is no GPS however, which is unfortunate. The TAG Heuer Connected is based off of the TAG's Carrera Calibre design and is a 46mm fully-circular affair. The glass protecting the display is sapphire and the watch strap will be connected to the face using Titanium Lugs. It will be available in seven colors, including Green, Yellow, Red, Black, White, Blue or Orange and will cost $1,500 and is on sale right now from TAG Heuer as well a participating retailers starting today.

All of that is to be expected, but TAG Heuer is doing something a little different here. There's a two-year warranty included with this latest watch and at the end of it, should you wish to, you can trade it in for a mechanical Swiss Made TAG Heuer. The device runs Android Wear just the same as say, your G Watch R or Moto 360, but TAG Heuer has developed three unique watch faces (which will hit the Play Store soon) and it will feature some pre-installed apps. These will include; Insiders, GolfShot, RaceChrono Pro and Viewrangers. With IP67 water-resistance and a timeless design, this might be the smartwatch that a lot of people have been waiting for. There's a gallery of images below, as well as a video and those interested can take a look at TAG Heuer's website to find a store or purchase one right now.