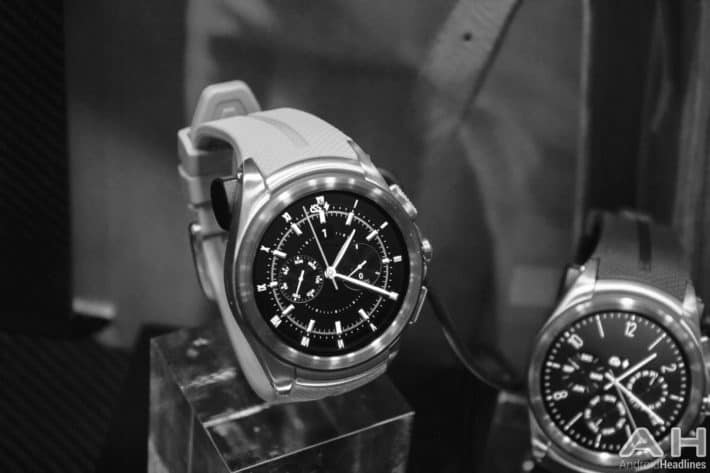 Just yesterday, a pretty big thing happened in the world of smartwatches; the Watch Urbane 2nd Edition was cancelled. The name was never that catchy, but cancelling it altogether, c'mon LG. Of course, the official line has nothing to do with something as trivial as the name of the product and in fact was cancelled due to "a hardware issue which affects the day-to-day functionality of the device." Whether or not this means that LG will be producing another device running Android Wear with LTE functionality is unclear, but this has to be a source of embarrassment for the South Korean firm. Not simply because they had to halt their own sales of the device, but because they had also signed deals with both AT&T and Verizon to sell the device in stores and online.

The timing is pretty bad for LG, and while we're sure they're well aware of that, I can't help but think something else is going on here. LG were the first to announce an Android Wear smartwatch with 4G connectivity, including the ability to make and place phone calls from the wearer's wrist. LG announced the Watch Urbane 2nd Edition during the same event they unveiled the LG V10 during, but it only went on sale last week. The TAG Heuer Connected also launched and went on sale not too long ago, and I have to say that the timing of these launches is…interesting. Google has a tight grip on Android Wear, which benefits all of us, allowing us to get the same experience no matter which brand we choose and it's allowed hardware to do the talking, rather than software. Which has me wondering whether or not Google had something to do with the sudden shutdown of LG's latest.

LG's official line is that "late in the quality assurance process for the LG Watch Urbane 2nd Edition LTE, our engineers were made aware of a hardware issue", this is LG we're talking about. The same company that successfully launch and sell millions of smartphones each and every year. The watch was announced quite some time ago, and we're sure LG did their testing thoroughly enough, but there is of course the chance that it didn't play nice out in the wild. Could Google have shut things down for fear of muddying the waters of their current Android Wear crop? After all Google is adamant these are an extension of your smartphone, not a replacement and while the LTE Watch Urbane isn't a replacement, it comes dangerously close. Plus, Google needs TAG Heuer more than TAG need them, and for their new best friend in the watch world to launch with fewer features than something from an electronics manufacturer must have ruffled a few features. I am, of course, speculating wildly here, and if LG says that this is down to a hardware issue, then that's more likely than not. For those looking to join the discussion, you can find the Editors over at Google+, Facebook and Twitter.