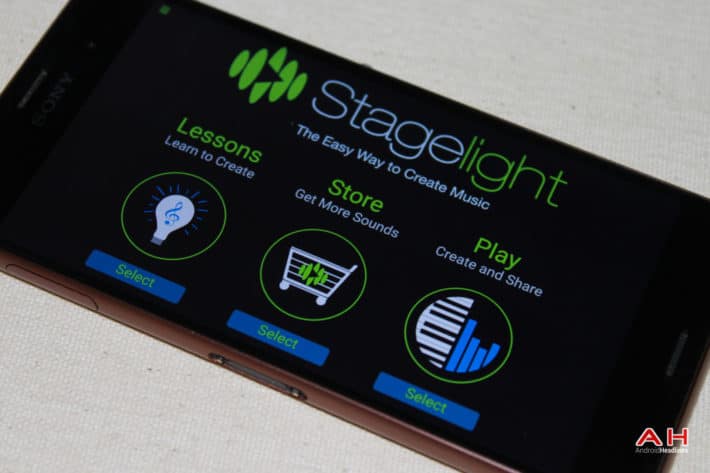 There are many apps for music lovers, some of them are music players with some innovative features and different interfaces, others allow users to discover songs and others let them create their own mixes from a variety of sources. Now, there's a new app called Stagelight that's meant to release the musical capabilities and creativity of its users or "Free the music" in them, as the company calls it. The app is available in two of the most popular platforms in the world, on desktop computers it's available for any machine running on Windows 7 or a more recent version and in mobile devices, it is available on Android, as it is the largest operating system in the world.

"Stagelight is the first music creation app that allows people to start for free and unlock capabilities as they progress," said Cliff Mountain, President and CEO of Open Labs. First-time users will be welcomed by a simple and fun design, but the app integrates a very powerful engine and expandable features so that even advanced musicians can develop their skills. The app includes step-by-step lessons so that inexperienced users can learn the basics of song structure, tempo, sharing and more, and help them unlock their potential and become music makers in a short period of time. The lessons are meant to teach how to build their first song and record some instruments.

Stagelight 2.3 was designed for smartphones and tablets, as its interface is easily scalable to any screen size and work in many devices, plus, the mobile expansion allows them to start working on one device and continue with another one. The app includes a store from which users can download content from virtually any music genre. There are unlockable features like virtual instruments, loops, sounds and other bundles that can be purchased with prices starting at $0.99. Some other features of the app include Loopbuilder, which allows users to import audio loops or record their own songs, their creations can be easily shared by email or various social media accounts. Some of the available musical instruments include drums, piano and synths. Stagelight can be downloaded from the Google Play Store for any device running Android 4.4 or a later version. Check out the gallery and video below to know more about Stagelight.