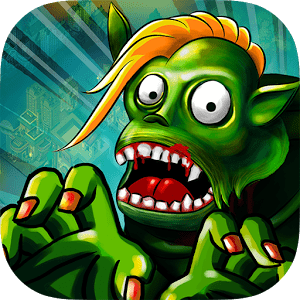 Zombie Mutiny is an Android game for fans of arcade style beat 'em up games. As one of the few police left in a city taken over by a Zombie outbreak, you're tasked with collecting supplies for the rest of the city. With a variety of different missions and lots of different weapons to suit different play styles, Zombie Mutiny has a lot going for it, and it's something a lot of players will enjoy. With a simple control scheme and simple objectives to follow, this is great for simple and regular pickup and play sessions. Let's take a closer look, shall we?

First of all, players will need to download Zombie Mutiny from the Play Store. It's free to download, and features in-app purchases for more equipment and so on. 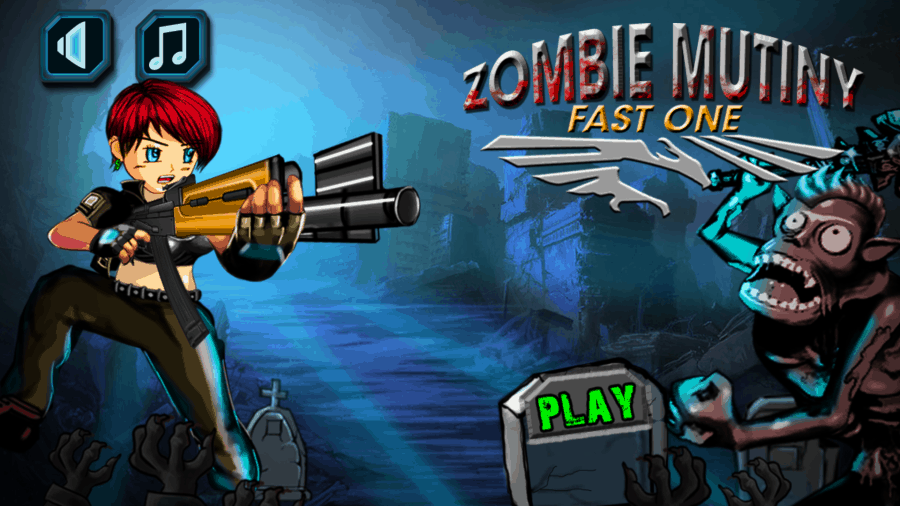 When you first start playing, there's a number of different places on the map you can choose from. 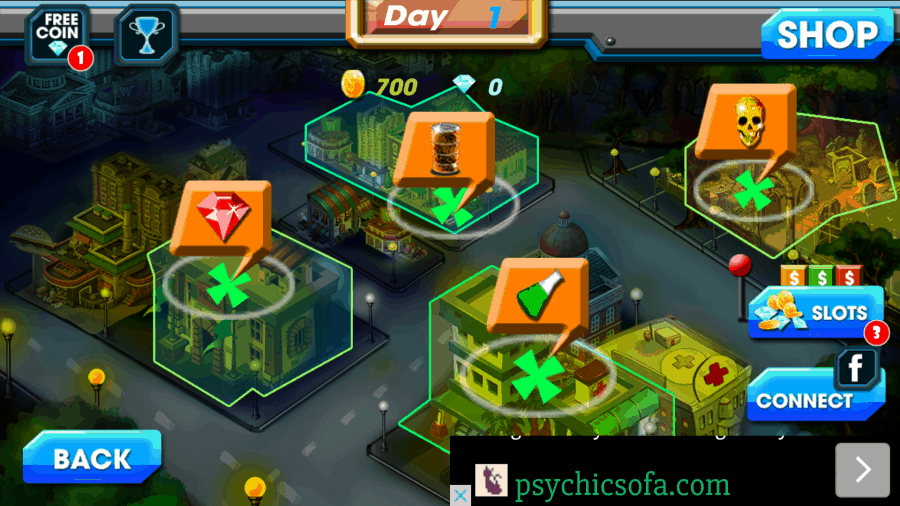 Each place has a sequence of missions that are all similar, but each different place has slightly different Zombies and different objectives. 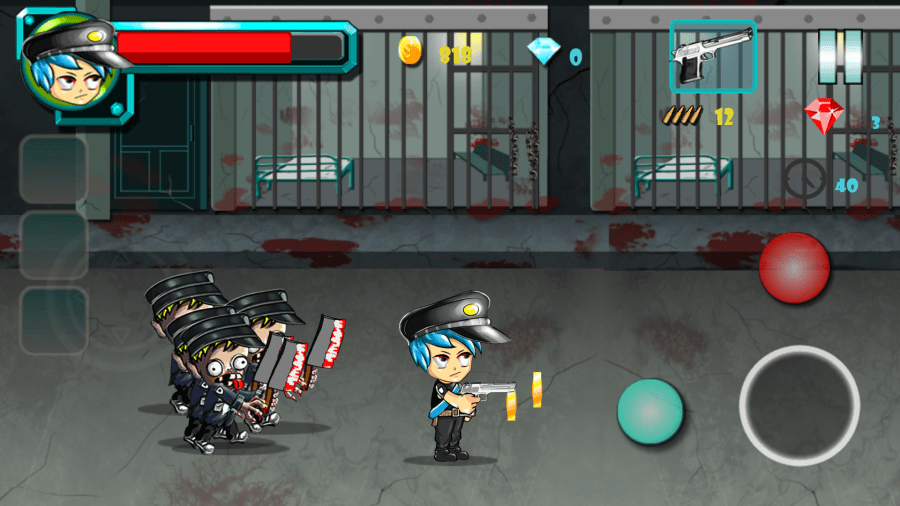 So for instance here I need to collect rubies, and as you can see the Zombies that you kill drop coins, which can be used to purchase more ammo as well as different, more powerful guns in the shop. Elsewhere missions ask you to collect other items. Each mission objective is a little different. You might be asked to kill 20 Zombies in 60-seconds or destroy 4 barrels in 60-seconds, for instance. 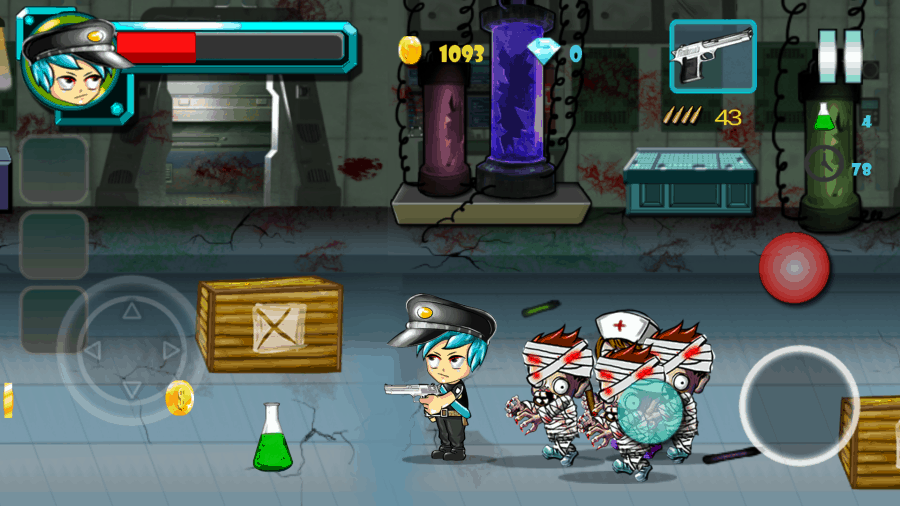 I really enjoyed the time-sensitive missions, and thought they were good, arcade-style fun and the different objectives helps to keep things lively. Players can also choose between playing as a male or female police officer in the settings, a nice touch. 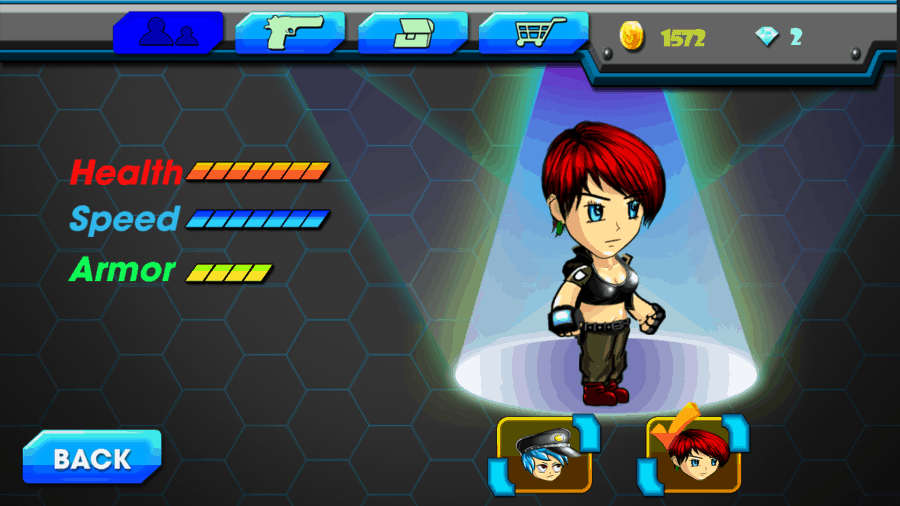 Of course, one of the highlights of the game, and indeed a place the developer wishes people spend a lot of time is in the store. 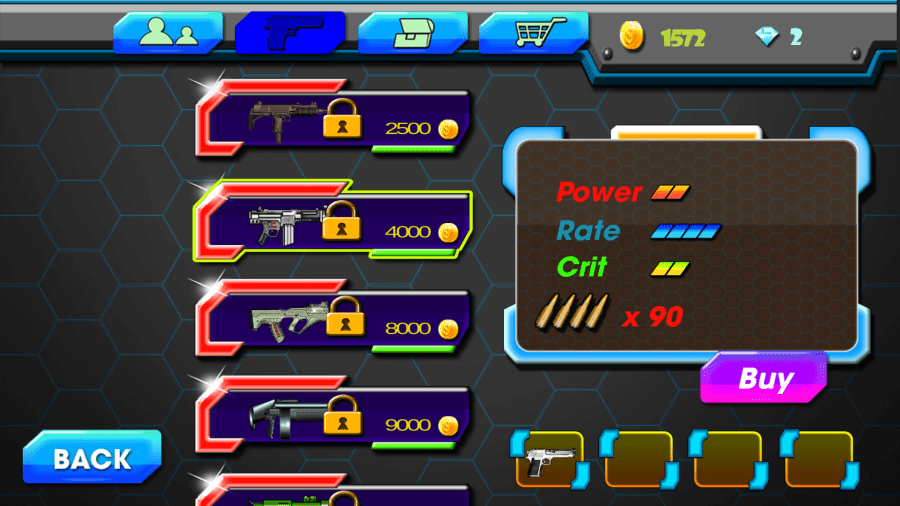 Here, you can purchase different weapons, and upgrade your items. Some of the more advanced weapons do cost a lot of coins, and without in-app purchases they can take a long time to get. This sort of thing is fairly standard in these games, and the idea is that it will keep on bringing players back to the game day-after-day. While that might work, the free coins and such from daily offers and slots might help: 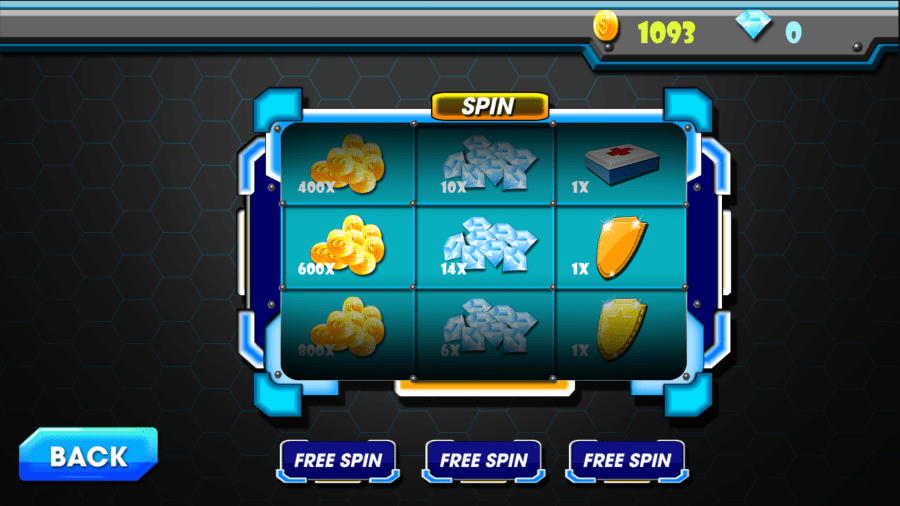 There's a wide-range of different weapons available in Zombie Mutiny, and they're all well worth trying out and experimenting with. 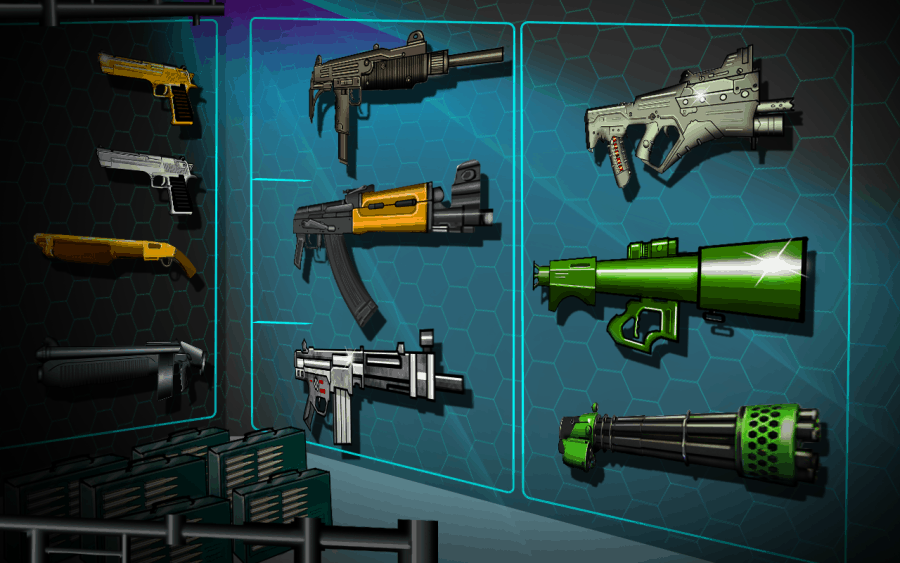 All-in-all, I had a fun time playing Zombie Mutiny, the whole game reminds me of some sort of classic side-scrolling Super Nintendo beat 'em up which is a good thing. A classic game, that might be a little easy for some people, Zombie Mutiny has a lot going for it. The only thing the game is really missing is some added polish, such as high-resolution assets on the menus and some better translation into English on some of the menus. For a game that's free, developed by a small team and has a lot of classic, tongue-in-cheek horror charm to it, Zombie Mutiny is good fun. It's not too gory either, so young teens and above should be able to take advantage of this and have a good time with it.

Overall, Zombie Mutiny is a game that has a lot going for it, and it's something a lot of gamers should really take to, especially if they're looking for something a little more retro and arcade in its gameplay and styling. It has a lot of content to help players keep on coming back and with some added polish and improvements this is a game that will only get better.