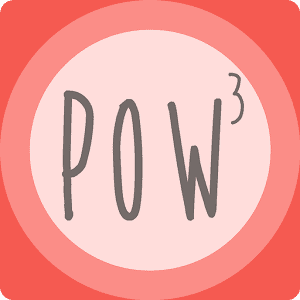 Power Three is an Android game which is similar to 2048 and Tetris that asks players to stack numbers in groups of threes, which in turn form larger numbers. There is a strategy required in order to create ever-larger numbers that contribute directly to your score, and players can choose how to stack or arrange pairs of tiles with different or the same values. The game feels like a mix of Tetris and 2048, all rolled into one game, and there's a lot to love about the game so, let's take a closer look and see how good we get, shall we?

As with other games on Android, players will need to download Power Three from the Play Store. When they first launch the game, they'll be told how they can rearrange different tiles and so on. 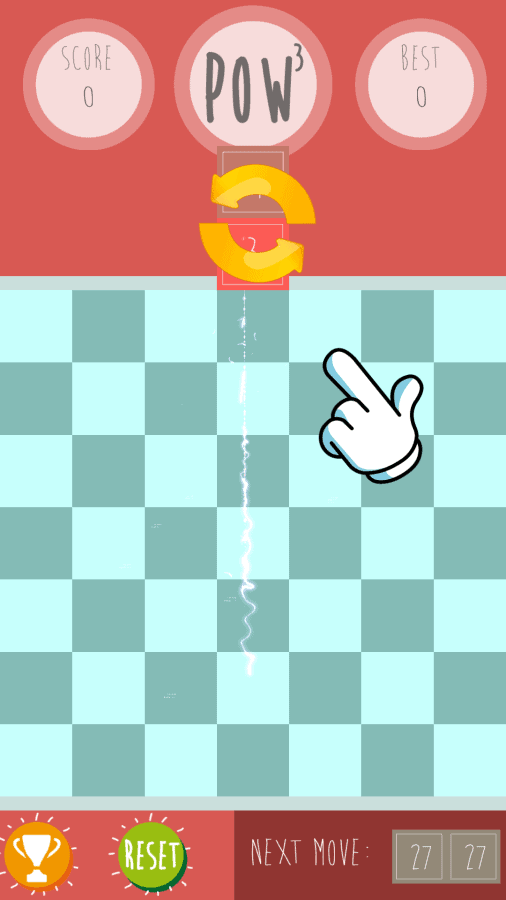 Players can swipe on the screen in order to change the orientation of their tiles, so they can lie flat or upright and players can also change which number hits the stack first as a result. Adding it to the game board is super-simple, everything is done using swipes and gestures: 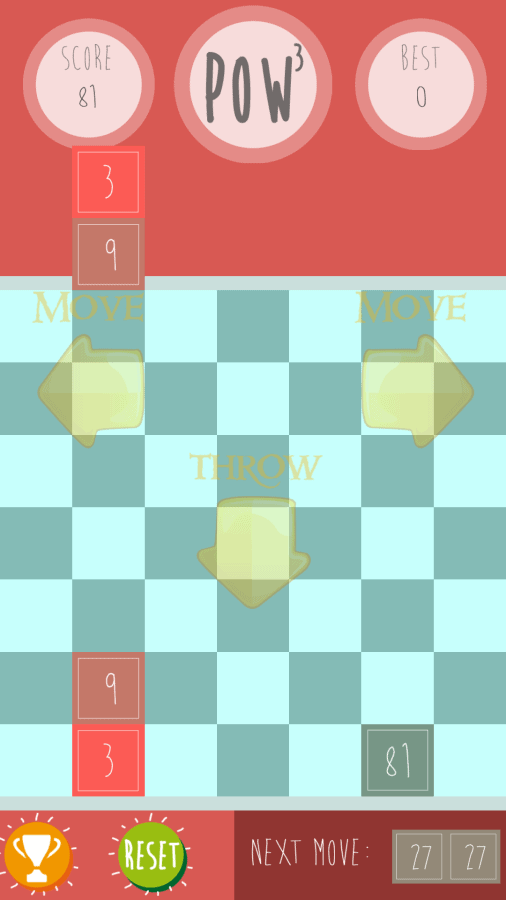 In order to get larger numbers, which will add to your score, you need to use a little strategy in order to get the best results. So for instance here, I have some 27 tiles that I want to group together. I can move and reorientate the tiles to my liking: 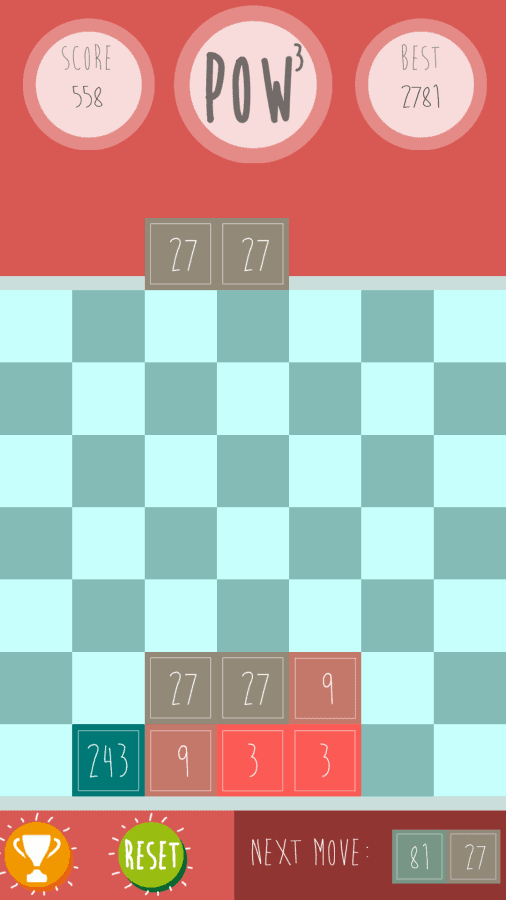 After a little while of thinking and planning ahead – which players can do using the next move indicator to the bottom-right of the display – players will end up with a lot of different numbers and tiles available. 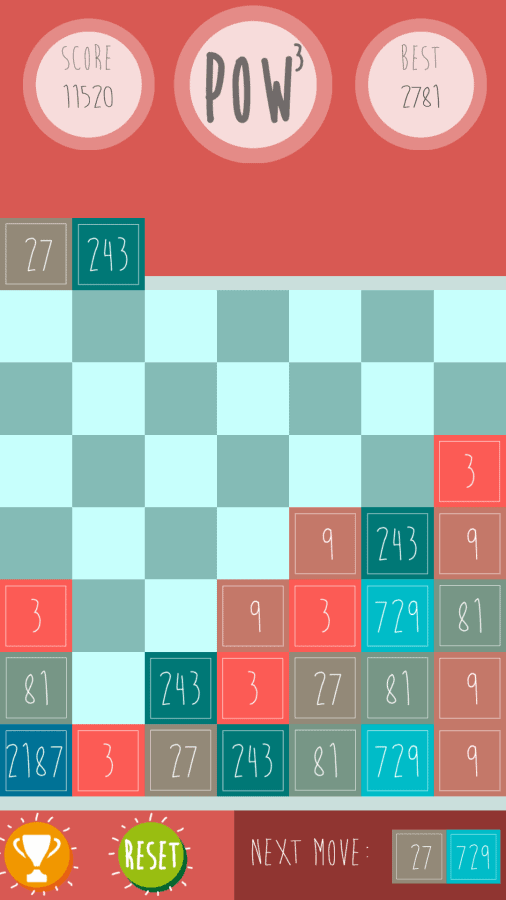 See here, I have a big large number, but that's in the corner, and I also have some smaller numbers trapped as well. This is not the best way to play the game really, but after a while I managed to make some larger numbers out of those smaller ones. 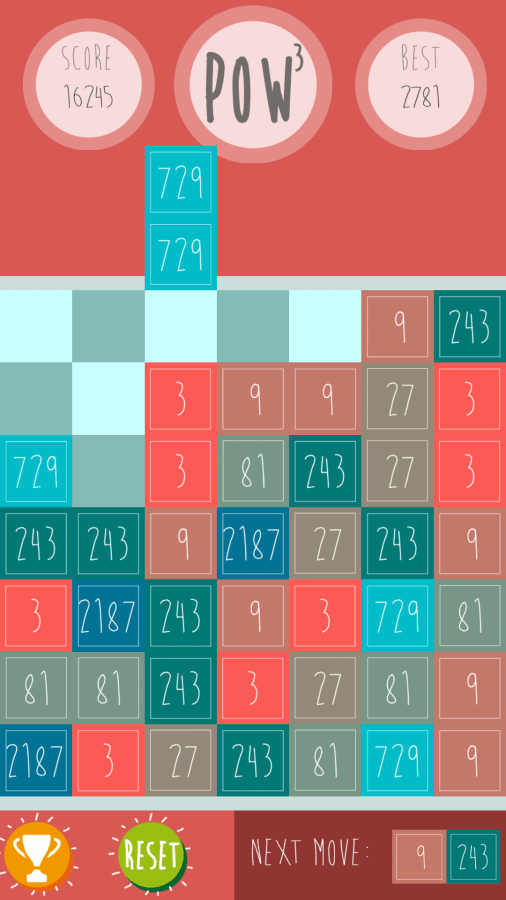 I clearly haven't done that good a job though, as I soon ran out of room. 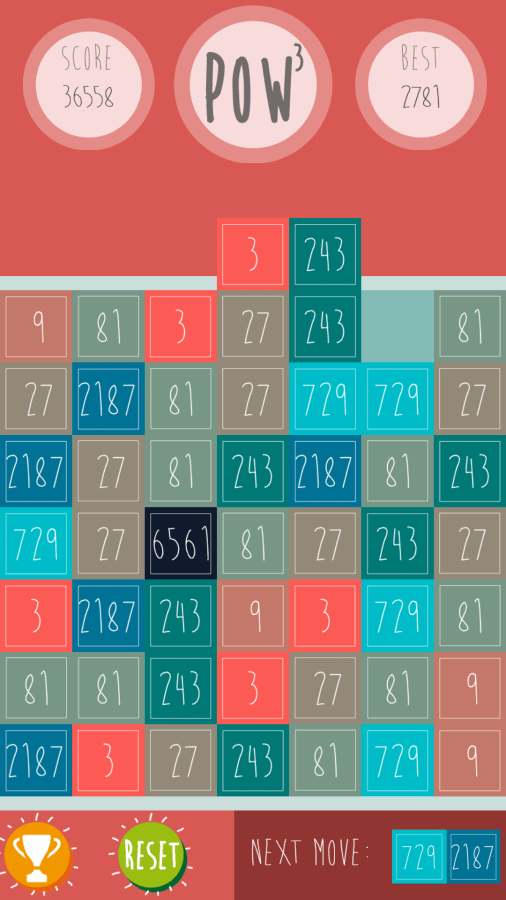 Clearly, I haven't done that good a job, and I didn't play my strategies right, I should have turned all those 81s and 27s into larger numbers before I got into this mess. Either way, it's fun being able to play on good sized game board like this. Games don't go on for too long, and your score is presented to you simply: 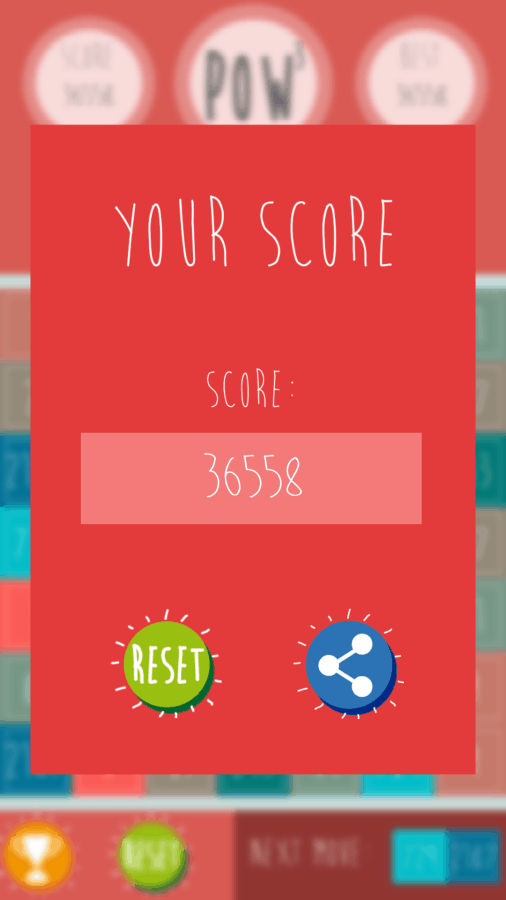 You now have the chance to simply reset the game and play again, or share your score with others to see if they're able to beat it.

I had a lot of phone with Power Three, and I can see why others will as well. Despite the game being about numbers, it's not hard to work out, you just need to create a group of three numbers all the same to make a bigger number. No need to get your calculators out here! I loved the blend of Tetris and 2048 here, and for the first time in a long time I was genuinely looking forward to loosing a game so I could come back around to beat my score on the next go. A global leaderboard at the end of each level would be really nice here, and would work brilliantly, but there isn't one, sadly. Other than that however, there's very little to complain about in Power Three, everything works well and it's a good game with good length gameplay sessions.

All-in-all, Power Three is a great game, and one that's easy to pickup and play no matter where you are or what you're doing. Great for both small gameplay sessions while on the move or longer sessions at home trying to crack that massive high score you made one day in deep concentration. Free to play, with few ads getting in the way, Power Three is well worth taking for a spin.