FoxOne is an Action Flight Simulator for Android that lets players fly a number of exciting fighter jets such as the F-5E Tiger, MiG-21Bis, F-4 Phantom, Jaguar GR3, MiG-29 Fulcrum, F-2A Viper Zero, F-14 Tomcat, Rafale, J-20 and the F-22 Raptor. A great mix of accurate flight simulator and arcade piloting game, FoxOne has all sorts of different missions available for players to complete all over the world, ranging from bombing runs to battles over the sea. With dog fights and missile targeting all playing a big role in FoxOne there's a lot on offer here. Let's take a closer look at what this action-packed fighter sim has to offer.

First of all, those looking to take to the skies will need to download FoxOne from the Play Store. There are two versions, a free version with ads (which I've been taking a look at here) as well as a full version that asks for just one small payment to play everything. 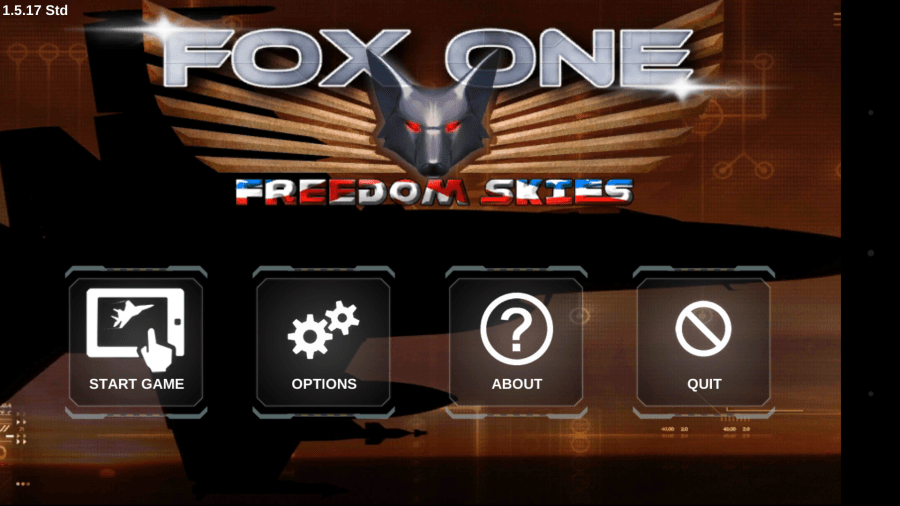 When you start the game, you can have three different profiles to choose from, which is great for sharing the game within a family or with friends, and will make that paid version stretch even further. 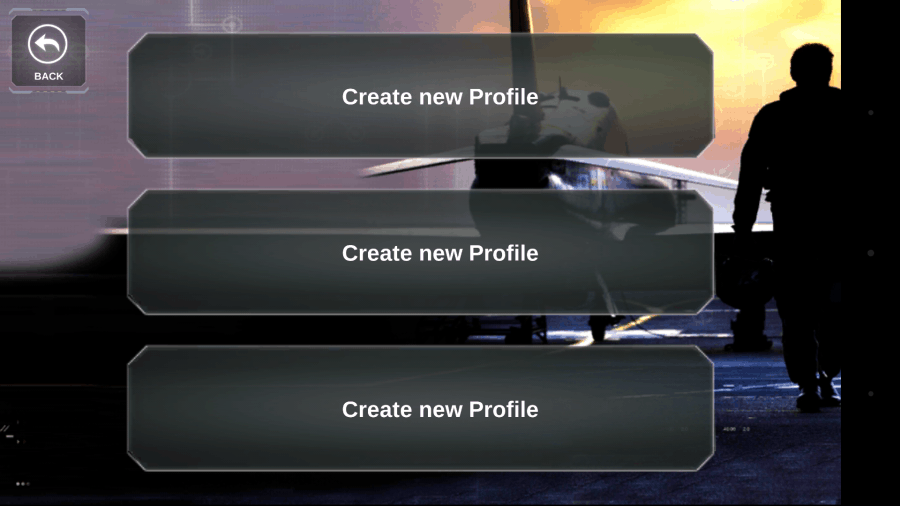 You can also choose your control preference as well. You can choose from accelerometer controls or touch-based controls, I opted for the latter but you can always change this whenever you want from the settings. You can even invert the controls as well as adjust sensitivity without needing to quit your current mission, either. 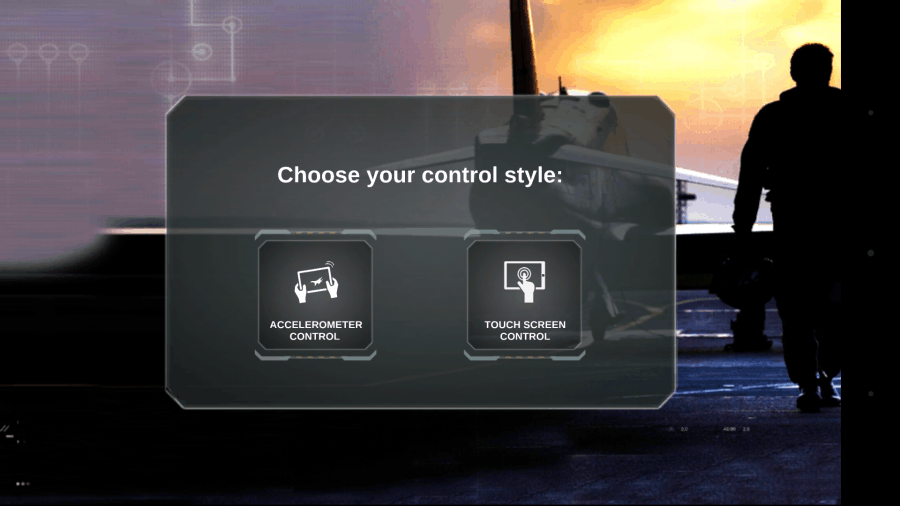 You can choose missions from a 3D-style tactical map, which is fully interactive and more missions are unlocked as you complete them. 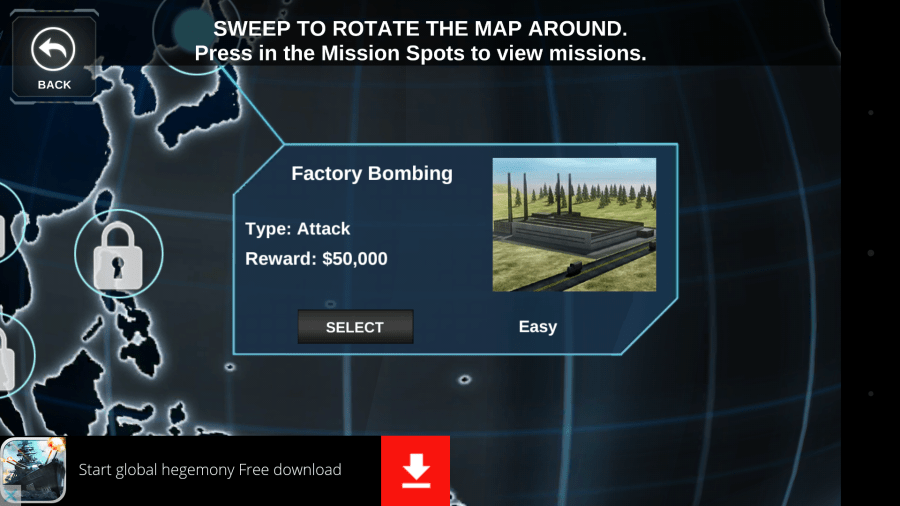 Each mission is introduced in a sort of ready room, which is a fun touch for a game like this, and helps players realize that flight sims like these aren't always stuffy affairs. 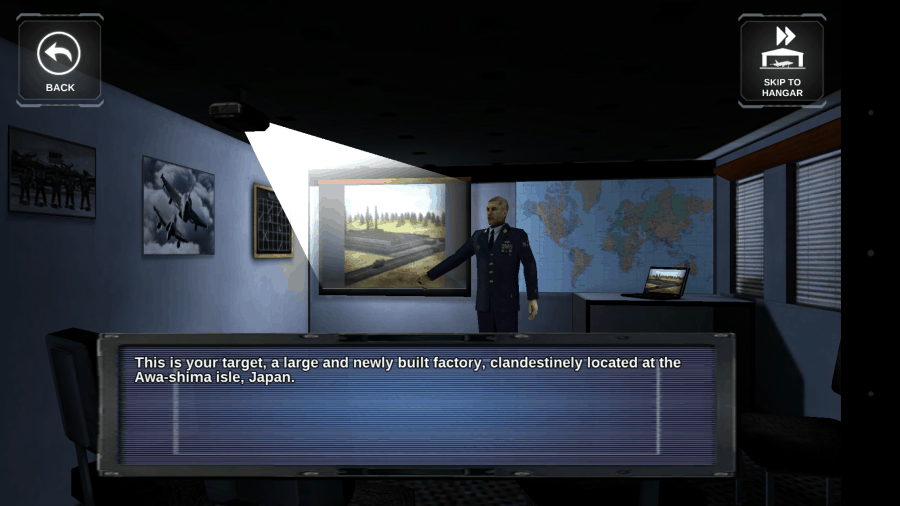 When it comes down to actually flying, the graphics are a noticeable highpoint right away, and I really enjoyed the touch controls. 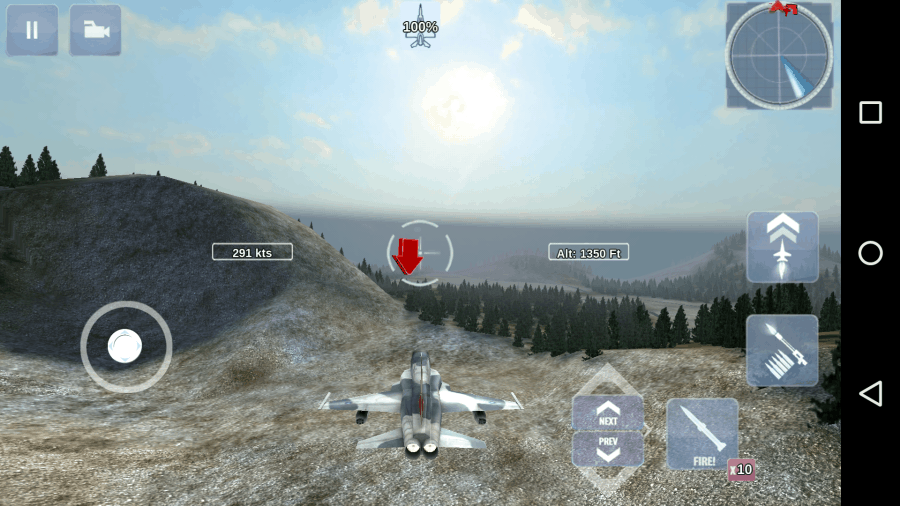 It's easy to figure out which button does what, and the simple switch to change between targets is also refreshing as well. Shooting rockets is a real pleasure, and they launch with a look and feel that you can see is realistic to how they would launch in real life. 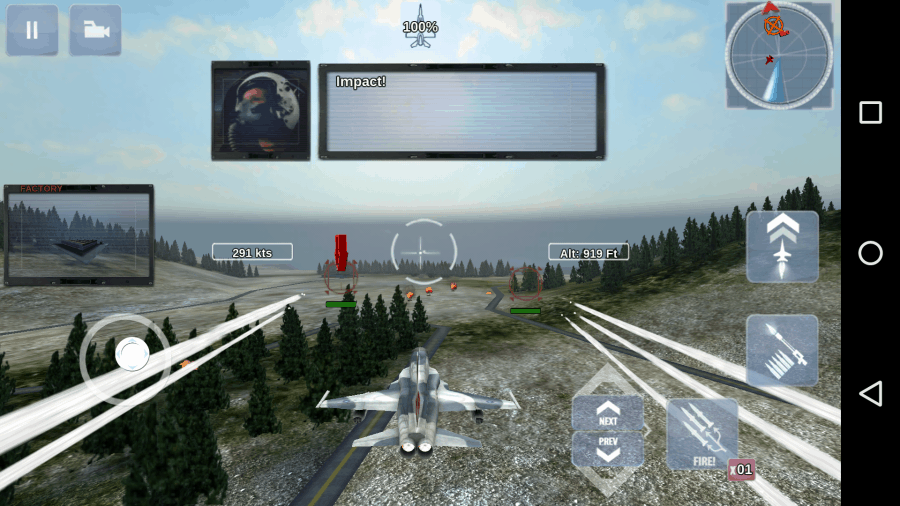 Of course, this is just one of the beginner missions, and as you progress further into the game, you'll be able to tackle more advanced scenarios and better skilled enemies. 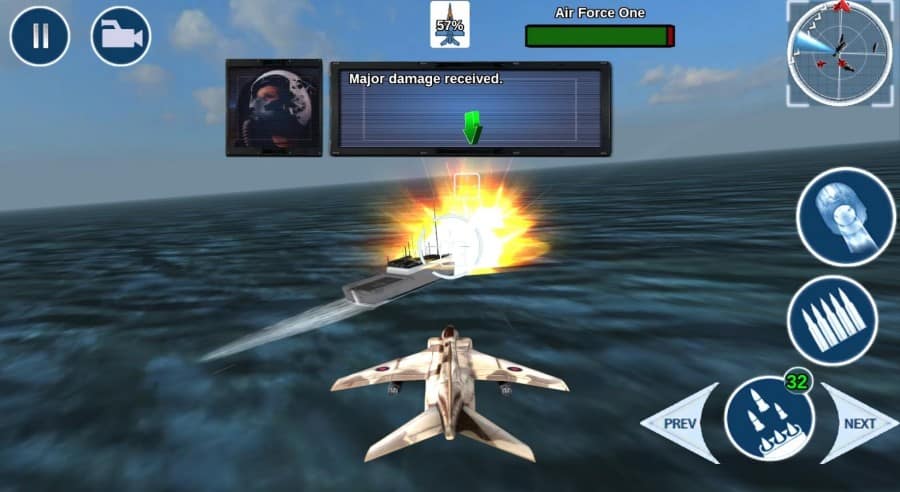 At the end of each level, you're given a rundown of how you did, including how much money you've earned per kill. 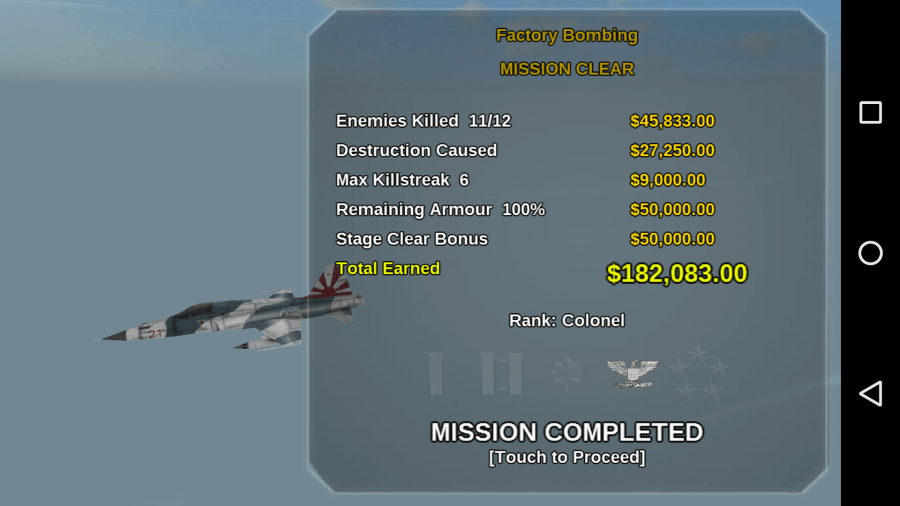 This money can then be used to tool up for other missions: 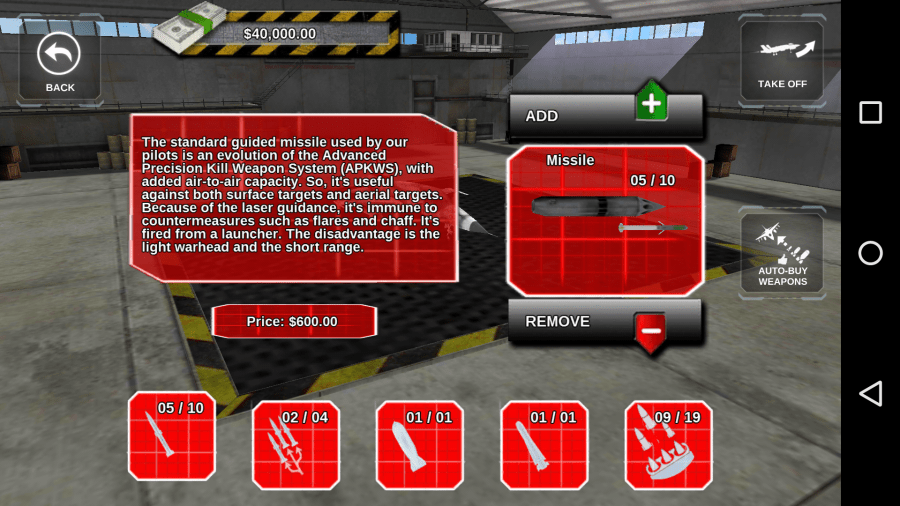 I've reviewed flight simulators before, some of them a lot more accurate and detailed than FoxOne, but none of them as good fun as this has been to play. A lot of flight simulator games focus too much on getting absolutely everything right the first time around, while FoxOne is okay to be a good mix of both fun and accuracy. For fans of Top Gun and other arcade style fighter pilot games, FoxOne is a great way of taking some of that with you on the move. The graphics are good, especially for a game that comes in under 100MB overall. I really enjoyed the touchscreen controls as I found them to be much more accommodating than accelerometer controls found in other games. With great overall presentation, a varied selection of missions and more, there's little reason to not try this out.

FoxOne is a good game to get into, and we're sure that a lot of players looking for some sort of flight simulator that has a little more bite to it will really appreciate the action here. The different control methods are all nice and easy to use and there's just a lot on offer with something like FoxOne. The paid-for version is the one to go for, as you unlock more planes right from the start and you don't have to deal with any ads, plus it's really cheap, too. A great flight simulator that's also a lot of fun, there's no reason not to give something like this a try.