Reliable Flashlight 2 + Camera is an Android app that aims to do exactly what you think it does, by offering users a quick, simple and useful flashlight app. Called reliable because it stays on in the background, when you’ve locked your screen, when you’re on a call or doing something else with the phone. It stays on all the time when you launch the app, unless you turn it off of course, and it also has a viewfinder in the app to help you get a live view of what you’re lighting up without needing to open up another camera app, it all does it in one single app. So let’s take a closer look.

To get started with this, all you need to do is download Reliable Flashlight 2 + Camera from the Play Store. It’s completely free to use, but there are some simple banner ads you will need to put up with. 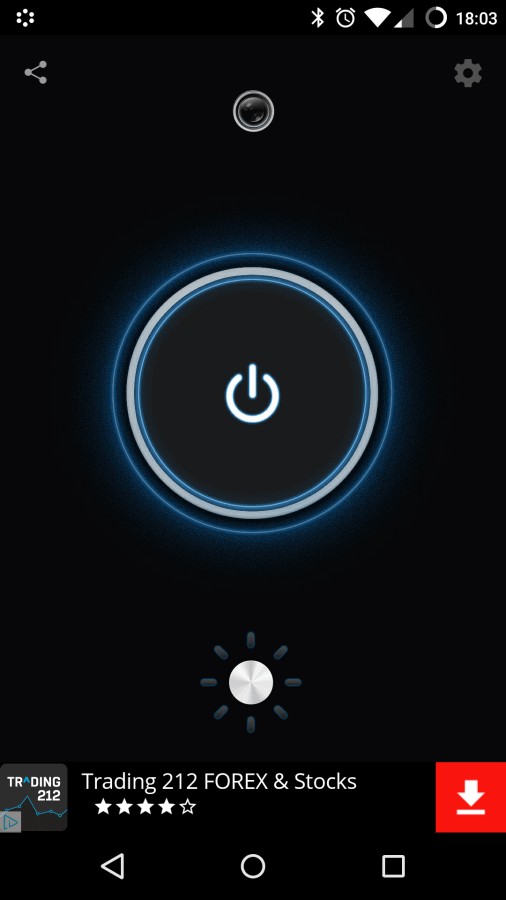 This is the first, initial screen of the app, and the blue ring means that the flashlight is turned on. To turn it off, just tap it. The dial at the bottom of the app is for strobing purposes. You touch the dial and it will vary in speed, you just keep on tapping to turn the strobe off. 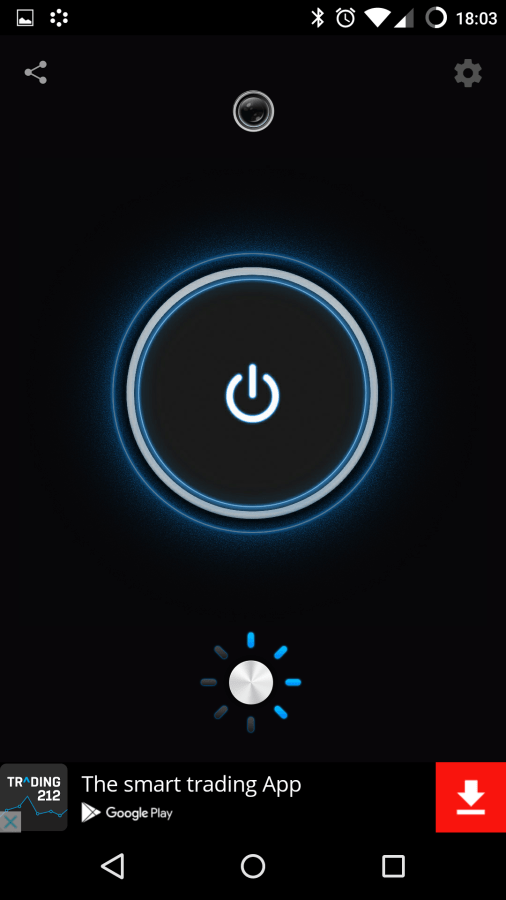 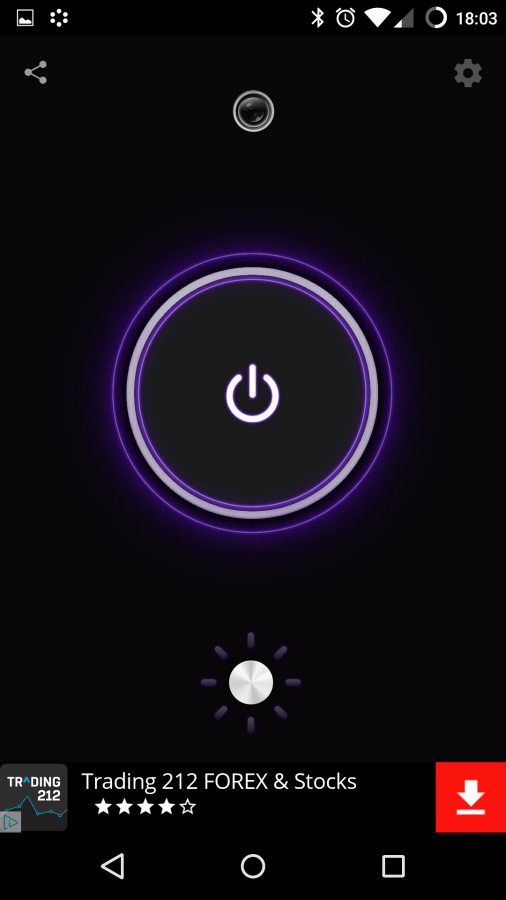 I like the colored accents here, but I think Green and Red would work better on this black background, with green for go and red for stop, for instance.

There’s also the camera the feature, which essentially gives you a sort of viewfinder to get a look at something at the same time you’re using a flashlight, you can use the strobe with this setting as well, should you wish to. 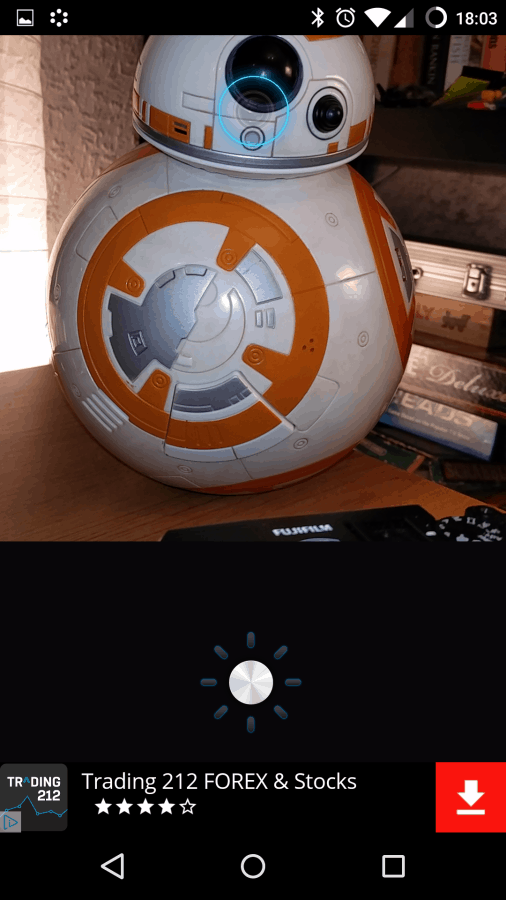 Of course the idea is not to light up BB-8, but to get a better look at something you may have dropped or see what the camera on your device is seeing, after all it’s pretty difficult to move our eyes around quit this much: 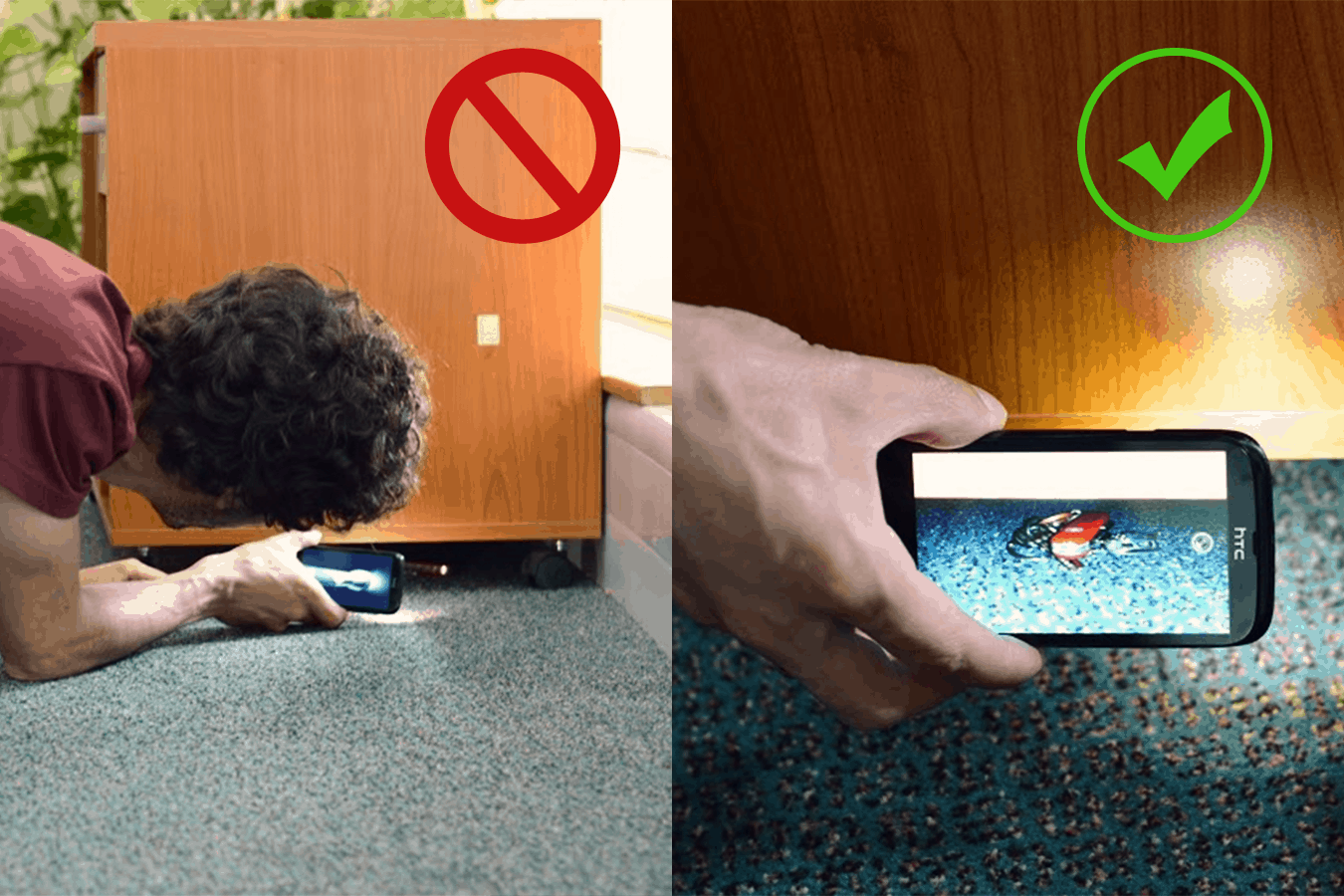 That’s all there is to Reliable Flashlight 2 + Camera, it does exactly what it says it does, it’s simple, free and genuinely useful, There are tons of different flashlight apps out there in the Play Store, and while this offering here is certainly not anything exactly ‘new’, it’s a refreshingly honest and simple take on needing to shed some light on something. The flashlight is quick to work, there’s a neat notification when it’s in use in the background to let you know it’s still there, and the camera is a nice touch as well. It’s a viewfinder that lets you see what the camera sees, which is always pretty close to the light, and so this feature makes a lot of sense and works nicely.

At the end of the day, Reliable Flashlight 2 + Camera is what it is, an extremely simple and usable Android app that gets the job done, it works well and doesn’t take up much space on someone’s smartphone and it does exactly what it’s supposed to do. The one ad that the app uses is simple and doesn’t distract, and overall this is a great free little app.