Skip to content
Trusted By Millions
Independent, Expert Android News You Can Trust, Since 2010
Publishing More Android Than Anyone Else
29
Today
29
This Week
173
This Month
1058
This Year
127152
All Time 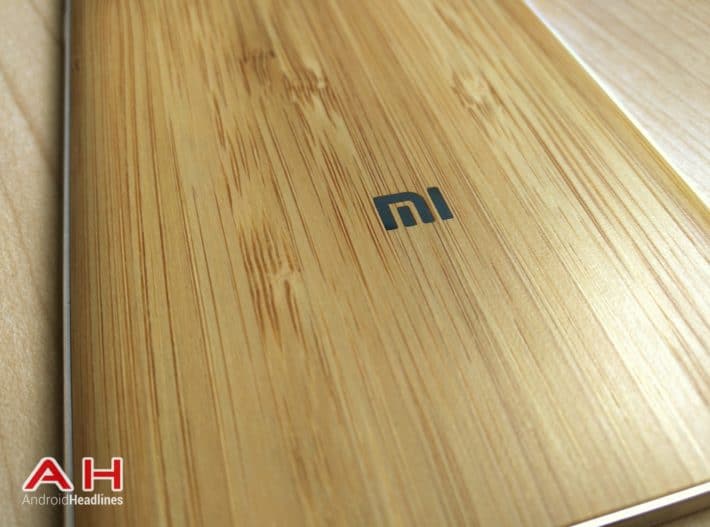 Xiaomi is one of the two largest smartphone manufacturers in China at the moment. Xiaomi and Huawei are doing a great job in China, and have managed to move quite a few devices this year. Xiaomi still hasn’t released their flagship smartphone for 2015 though, the Xiaomi Mi 5. The Xiaomi Mi 4 was announced back in July 2014, and the Mi 5 was supposed to be announced already, but that didn’t happen. We’ve seen various rumors and leaks thus far though, and it seems like Xiaomi is waiting for the Snapdragon 820 SoC to be available.

That being said, the Xiaomi Mi 5 has finally popped up on one of the benchmarking sites, Geekbench. Now, according to this listing, the Mi 5 will be fueled by the Snapdragon 820 SoC. As you can see in the image below MSM8996 is listed under ‘Motherboard’ category, which is a model name of Qualcomm’s upcoming SoC. Qualcomm has unveiled the processor a couple of days ago in New York, and it is to be expected Xiaomi will announce the Mi 5 before the end of the year. The device probably won’t be available before Q1 2016 though, considering the Snapdragon 820 is still not available to OEMs.

Anyhow, the listing also reveals that the Xiaomi Mi 5 (codenamed ‘gemini’) will ship with 3GB of RAM, which is something we did not expect. I believe that more or less everyone expected for Xiaomi to include 4GB of RAM into their new flagship. Now, keep in mind, the 4GB model if, of course, possible. The Geekbench listing also says that the device will ship with Android 6.0 Marshmallow. This is rather interesting considering the latest version of Xiaomi’s UI is not based on Marshmallow, not even close to it. Will Xiaomi release a new version of MIUI so soon after they announced MIUI 7? Well, we’ll see, but it is possible that this listing is wrong.

Unfortunately, Geekbench listing doesn’t reveal any other piece of info, but this is plenty enough to keep us going. You can also expect this smartphone to be made out of metal, and a 21-megapixel camera might be located on its back. Stay tuned, we’ll report back soon. 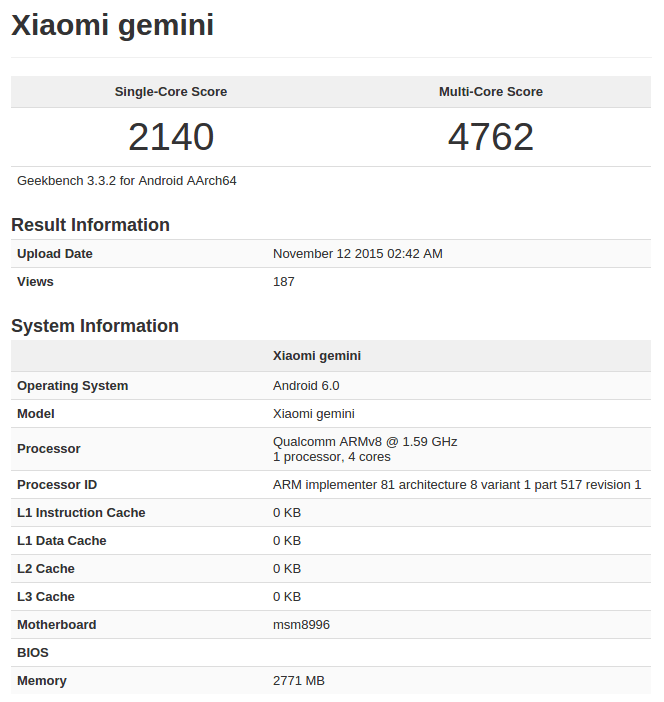