Skip to content
Trusted By Millions
Independent, Expert Android News You Can Trust, Since 2010
Publishing More Android Than Anyone Else
0
Today
158
This Week
158
This Month
6893
This Year
124410
All Time 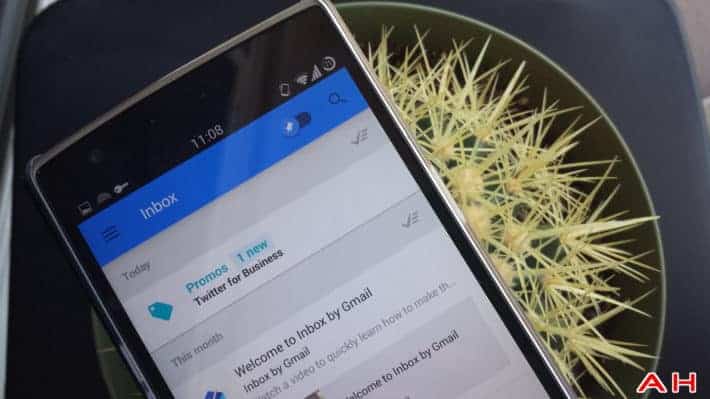 Emails are still a thing, and they will continue to be for a number of years to come. After all, it’s a much more formal way to communicate when compared to instant messaging or SMS text messaging. Recently, there’s been something of a resurgence in email apps and platform. Yahoo have drastically redesigned Yahoo Mail on the web, Google’s Gmail Team have been focusing on improving Inbox and Microsoft has an email cline that’s super-quick. Now, Google is adding one more feature to Inbox; Smart Reply.

Smart Reply is essentially a way of speeding up replies when you’re on the move, which makes it a perfect addition to the mobile-focused Inbox app on Android. The example that Google has given on their Gmail Blog is that if someone has asked you for some documents you can use one of three quick replies to respond to that person. Such as “I’ll send them to you” or “No I don’t, sorry”. These are short and simple replies to common problems when on the move, and Google have said that a lot has gone into this new feature. using machine learning and adapting to the choices that you make when using Smart Reply, Inbox will get better and better and which replies to suggest, and Google is happy to report that the feature is most certainly safe for work.

This is a sort of evolution of a feature that’s been in Gmail for some time now; the ability to stop you from sending an email without an intended attachment. The same sort of technology that Gmail uses to read your email for language works here, but there’s a more complicate set of algorithms here that determine which smart replies are best for the situation at hand. It would be nice if Inbox’s new Smart Reply feature could insert a hello, new line as well as a thank you to further prevent people from thinking you’re a rude robot, but we suppose this depends on the sort of people you’re emailing.

Google have said that Smart Reply will be hitting the Android app later this week and for now, it appears as though only English is compatible, for now. If you haven’t heard much about Inbox for a while, it’s been invite free for a long time, and is available from the Play Store.