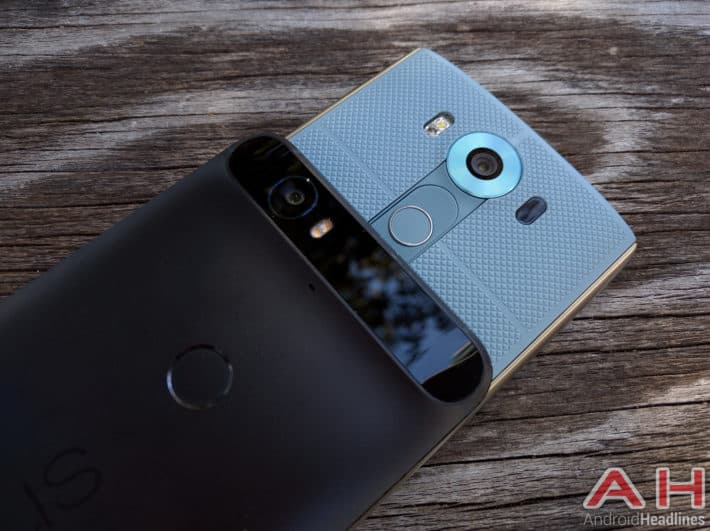 Every year cameras on smartphones get exponentially better and better.  It feels like every flagship phone boasts some new feature, better low light photography, faster focusing or whatever the latest buzzword of the day happens to be.  Regardless of specifics, smartphone cameras have become truly incredible pieces of technology, providing the tools and means for users to not just document their every day lives and special moments but to do it with style and quality too.  Google’s latest Nexus phones pack the latest generation Sony Exmor IMX377 sensor with 1.55 micron sized pixels for better low light capabilities, while LG’s V10 focuses more on software technologies to give users more options than ever before.  Both of these phones are in the same price range, although the Nexus 6p does have a $100 advantage on the 32GB model, and both are the latest flagships available in the Android ecosystem.

We walked around a small town at night to take some sample shots of the environment in different lighting conditions.  Both phones are set to 4:3 mode for picture taking, and both set to auto-HDR since that’s the default view.  The LG V10 uses a 16:9 sensor so 4:3 is cropped, however we get more accurate comparison shots when setting it to the same 4:3 aspect ratio as the Nexus 6p.  The Nexus 6p also has a wider angle lens which makes lining everything up a bit more difficult, which is why you’ll see some changes in the angle and other things.  Shots are all taken by holding the phone rather than placing on a tripod for a more realistic representation of actual conditions, and no adjustments were made in regards to focus or exposure, the shot was just lined up and the shutter button pressed.  Nexus 6p is always on the left, LG V10 on the right.  So without further ado let’s take a look at how both compare, particularly in tougher low lighting situations. 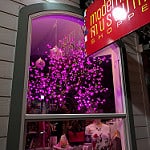 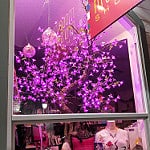 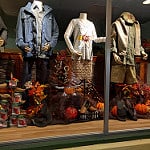 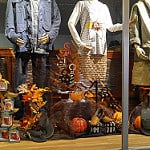 First we’ll look at some store windows, as these are lit from behind and on the products as well.  The first picture shows exposure issues on both devices, although the LG V10 grabs more detail inside the store as well as on the objects in the windows.  The fiber optic lit tree in the window is blown out and the wrong color in the V10 shot though, and this is where the Nexus 6p did a lot better.  We see more or less the same results in the second shot where the Nexus 6p got the colors exactly right but the overall shot is a tad too dark, leaving out details in the middle of the shot and the objects below the mannequins.  The Nexus 6p’s shot is less blurry than the V10’s because of the shutter speed, which is ironic since the V10 has optical image stabilization and the 6p does not.  The V10’s extra resolution shines through a bit here too with some added detail throughout the shot. 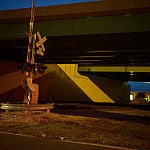 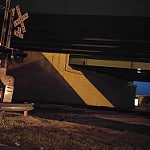 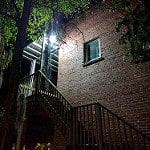 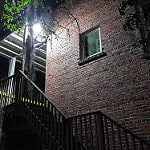 A faint distant streetlight and the red traffic light are the only illumination in this first scene, and it looks like we’ve got some significant differences here.  First off the V10 focused correctly while the 6p seems to have struggled a bit, leaving the 6p’s shot a bit muddy.  The 6p’s wider angle lens captures more when holding the phone the same way, and overall the colors and lighting are more correct on the 6p, and it even caught the red light hues on the railroad crossing arm base.  The second shot is nearly identical in character where the 6p struggled to focus right yet has a better color palette overall, while the V10 is sharp and crisp but rather cold looking. 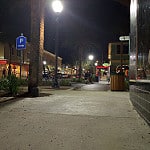 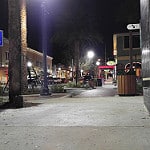 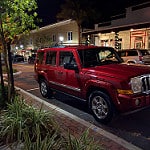 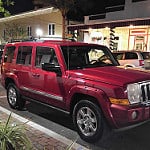 This first one is a bit of a toss-up.  The V10 has slightly more detail thanks to the 16-megapixel sensor over the 12-megapixel one in the Nexus 6p, but not as much as you would imagine.  The 6p gets the lighting perfectly yet again and nails the colors, while the V10 is yet again a little too cold.  The colors in the second shot absolutely follow this trend and show just how dead accurate the 6p’s software is when it comes to white balance and color accuracy.  The V10 consistently ends up slightly cold and overexposed and this extra exposure ends up pulling out more shadow detail at the expense of overblown highlights. 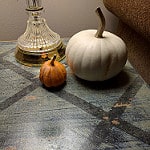 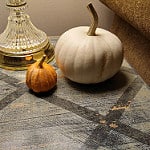 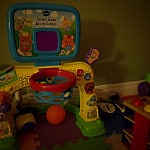 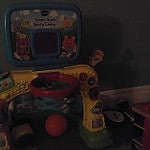 Moving indoors we start to see some interesting differences between the two cameras.  As we move toward lower and lower light, the denoise algorithm on the LG V10 starts to go into overdrive and ends up killing the detail that the 16-megapixel sensor should be picking up.  The extra contrast Google puts in its HDR+ algorithm seems to be killing some shadow detail here, although it brings the overall exposure down on the scene and the white pumpkin in particular.  The V10 actually got the white balance right in this situation though, which is a change from the previous scenarios.  The second much lower light shot is really interesting, as the 6p’s larger sensor is pulling out more detail but the extra contrast in the HDR+ algorithm is giving the scene a bit of a yellow/green hue.  Overall there’s more shadow detail in the 6p’s shot but the V10 did a better job of focusing on the dark, colorful subjects. 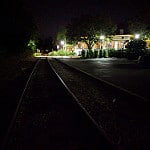 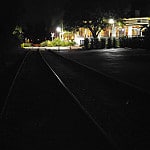 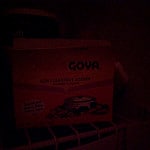 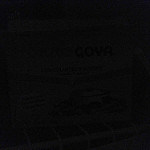 This first one is nearly a toss-up, but looking closer shows the V10 to be a slight winner here.  Once again the 6p has a bit of difficulty focusing in lower light but still ends up matching most the V10’s detail level and has less overblown sections.  Overall though both are great as this lighting condition was pretty extreme.  Moving on to the most extreme possible this second shot is an area with basically no light, a pantry at night with only a light in the other room behind the wall on.  The V10 picks up absolutely nothing, with maybe some faint images if you really squint.  The 6p’s large sensor picks up something though, although you would never use this scenario for anything other than testing.  Still it’s interesting to see what the lowest amount of light you can have and still get detail out of each camera. 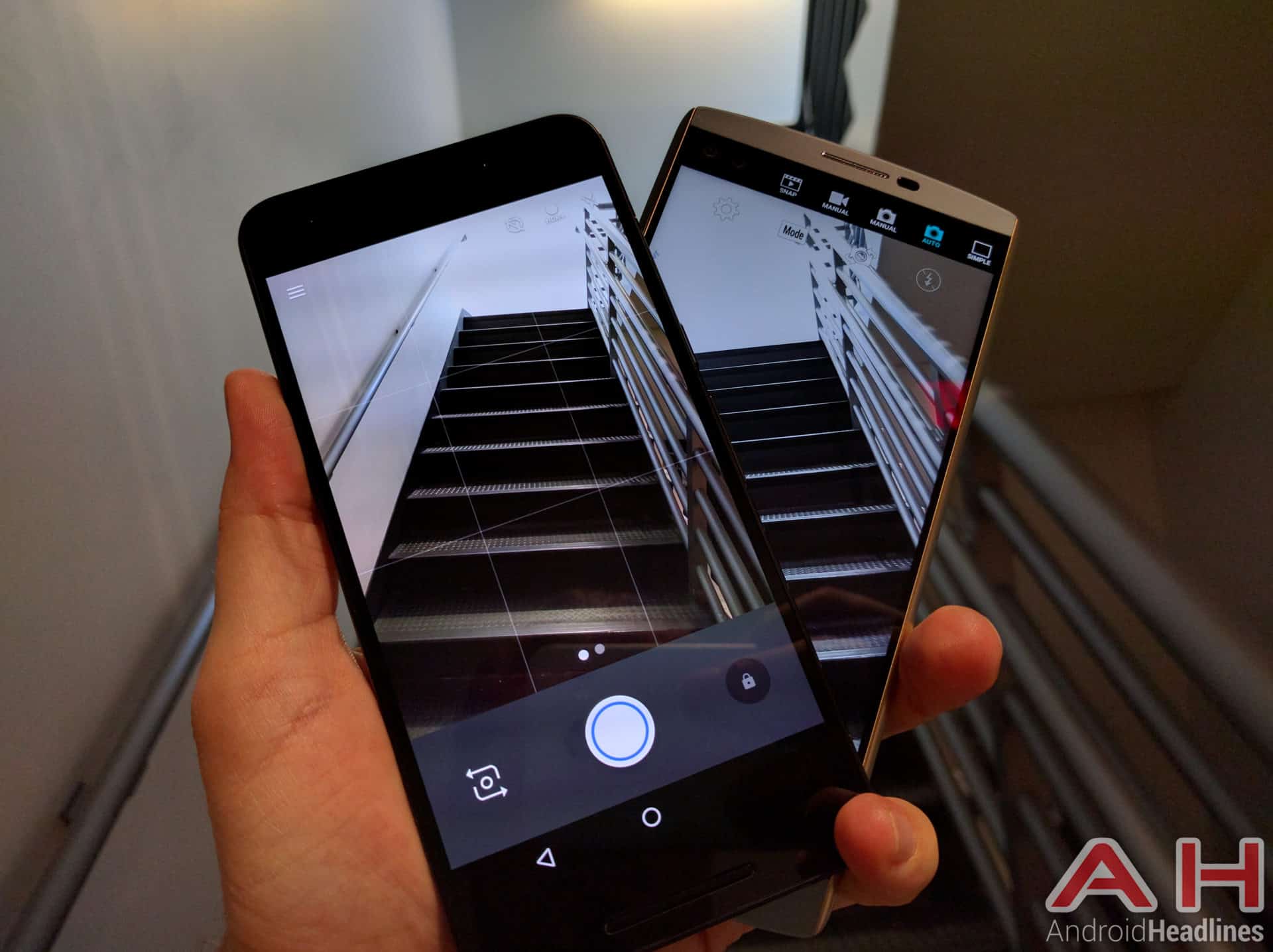 This verdict is a tougher one than when we compared the Nexus 5/5x and the Nexus 6/6p with each other.  Overall it seems that when just doing a quick point and shoot the V10 does a better job of focusing in many lower lighting conditions, although a quick tap on the screen will help the 6p here.  The Nexus 6p’s shots are almost always more balanced with more accurate colors and lighting, although the higher contrast of the HDR+ algorithm ends up killing shadow detail at times.  The V10’s tend to have slightly more detail thanks to that 16-megapixel sensor on board, however it’s not the 33% more detail that you might expect just looking at the numbers.  In fact, you really have to zoom in far to see the difference, and even then it’s almost not worth mentioning.  The V10 gets the edge though if you like manual modes, as LG has provided basically every manual control in the book while Google literally has zero manual control options anywhere in the Google Camera app.  Which phone do you think was the winner?  Sound off in the comments and let us know why!