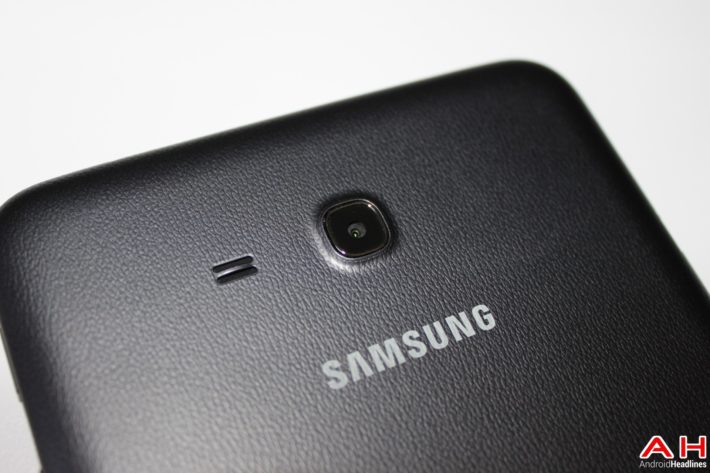 Samsung's upcoming Galaxy A9 smartphone has been leaked quite often of late. The device was spotted on the Geekbench database a few days ago, and only yesterday, the handset showed up on the official website of Samsung Iran, thereby giving us a good look at what to expect from the upcoming smartphone, both in terms of its design, as well as in terms of its specifications. The Galaxy A9 is expected to supplant the Galaxy A8 at the top of the pile, as far as Samsung's Galaxy 'A' range of smartphones are concerned. Now, the smartphone has apparently been leaked once again, this time, on AnTuTu, basically confirming the specs listed on Samsung's Iranian website.

Taking a look at the specs as derived from the AnTuTu benchmark and from Samsung Iran, the Galaxy A9 will come with the model number SM-A900, and will sport a 5.5-inch Full HD Super AMOLED display. The device will be powered by a Qualcomm Snapdragon 620 MSM8976 SoC that comes with an octa-core 64-bit CPU along with the Adreno 510 GPU. The handset will come with 3 GB of RAM and 32 GB of storage out of the box, with support for a microSD card of up to 128 GB in capacity. The smartphone will have Android 5.1.1 Lollipop pre-installed, in all probability with Samsung's TouchWiz interface on top. While the AnTuTu listing doesn't say anything about the two cameras, the listing on Samsung Iran has let out that the rear-facing camera will be a 16-megapixel unit, whereas the front-facing camera will come with a 5-megapixel sensor.

Of course, the A9 is not the only phone in the Galaxy 'A' lineup that has been in the news lately. The company is also expected to replace other, more basic handsets in the lineup as well, with a slew of new devices being reported from one source or another almost on a daily basis. Earlier in the week, the second generation Galaxy A3 and Galaxy A5 were said to have gotten their FCC certification, meaning, the commercial launch for those devices may only be a matter of time. The next-gen Galaxy A7 has also popped up on some benchmark sites, and it should only be a matter of time before Samsung makes all of these handsets official. 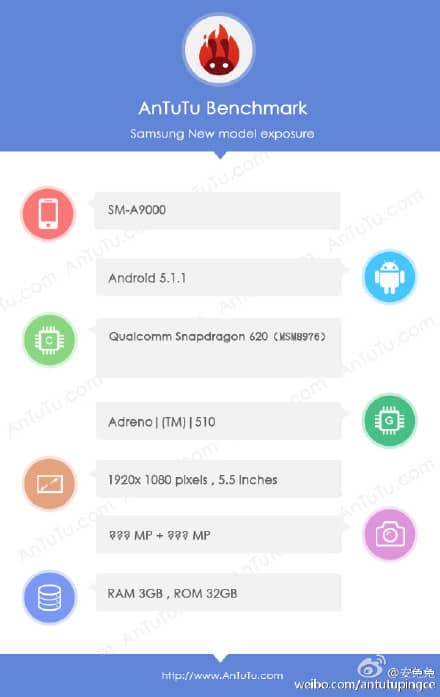