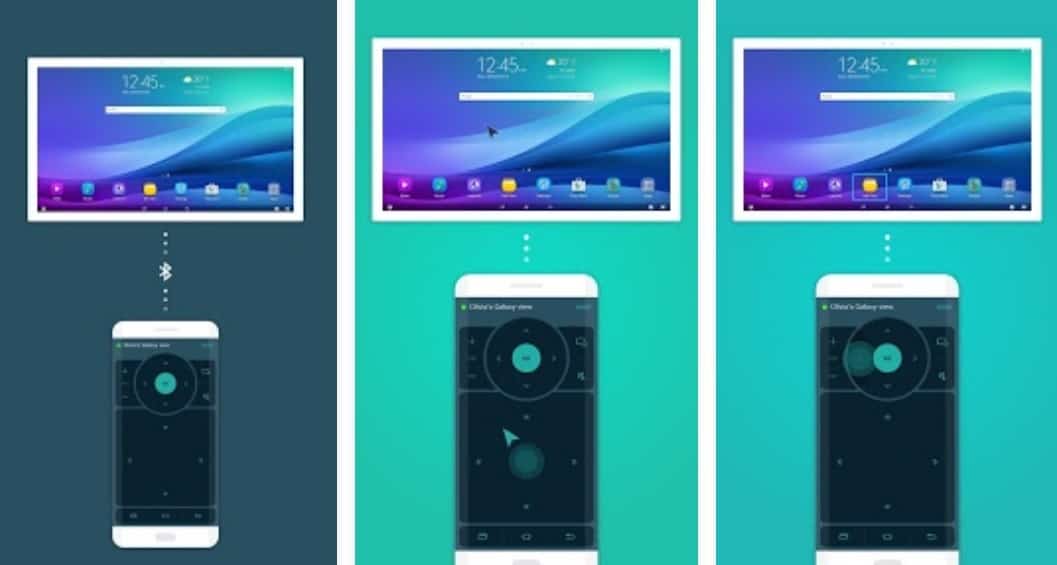 Samsung’s Galaxy View tablet is already up for sale in the US and AT&T has already announced that the device will be available on its network from tomorrow. CNN meanwhile, has launched an all-new app for the massive new tablet from Samsung, and the South Korean company itself has released the Family Square gallery app for the massive device. Now, the maker of the massive 18.4-inch tablet has come out with a whole new Galaxy View-specific app that can be installed on Android smartphones to control the tablet remotely. The Bluetooth-powered remote control app is called the ‘Galaxy View Remote’ and is currently available on the Google Play Store. While it doesn’t say so on the listing page, reports are indicating that the app is compatible with devices of any make, running on Android 4.4 KitKat and above.

The new software is not for installation on the View itself, but should be installed on Android smartphones or tablets to use them as remote control devices while using the giant tab for media streaming. The app can be used to control the Galaxy View only and not any other tablet, whether from Samsung or otherwise. The newly-released software apparently features an “OK” button surrounded by four directional controls, along with power and volume up / down buttons, all of which mimic hardware remote control devices for the most part, and are pretty standard on most remote control applications as well, be it Bluetooth or infra-red. What’s interesting is that there’s also a virtual touchpad to control the tablet remotely. At the bottom, there are the familiar on-screen Home, Back and Recent Apps buttons.

Coming to some of the hardware specs of the Galaxy View tablet, the device features an 18.4-inch 1080p AMOLED display panel. It’s powered by an Exynos 7580 chipset, whose octa-core processor is clocked at 1.6 GHz, and it comes with 2 GB of RAM and 32 GB of internal storage that can be expanded further by way of a microSD card. The Galaxy View carries a 5,700 mAh battery and runs Android 5.1.1 Lollipop out of the box. Currently, the Wi-Fi variant of the Galaxy View is up for sale at $599 in the US, although AT&T is offering it at only $99 down, albeit with a number of caveats.