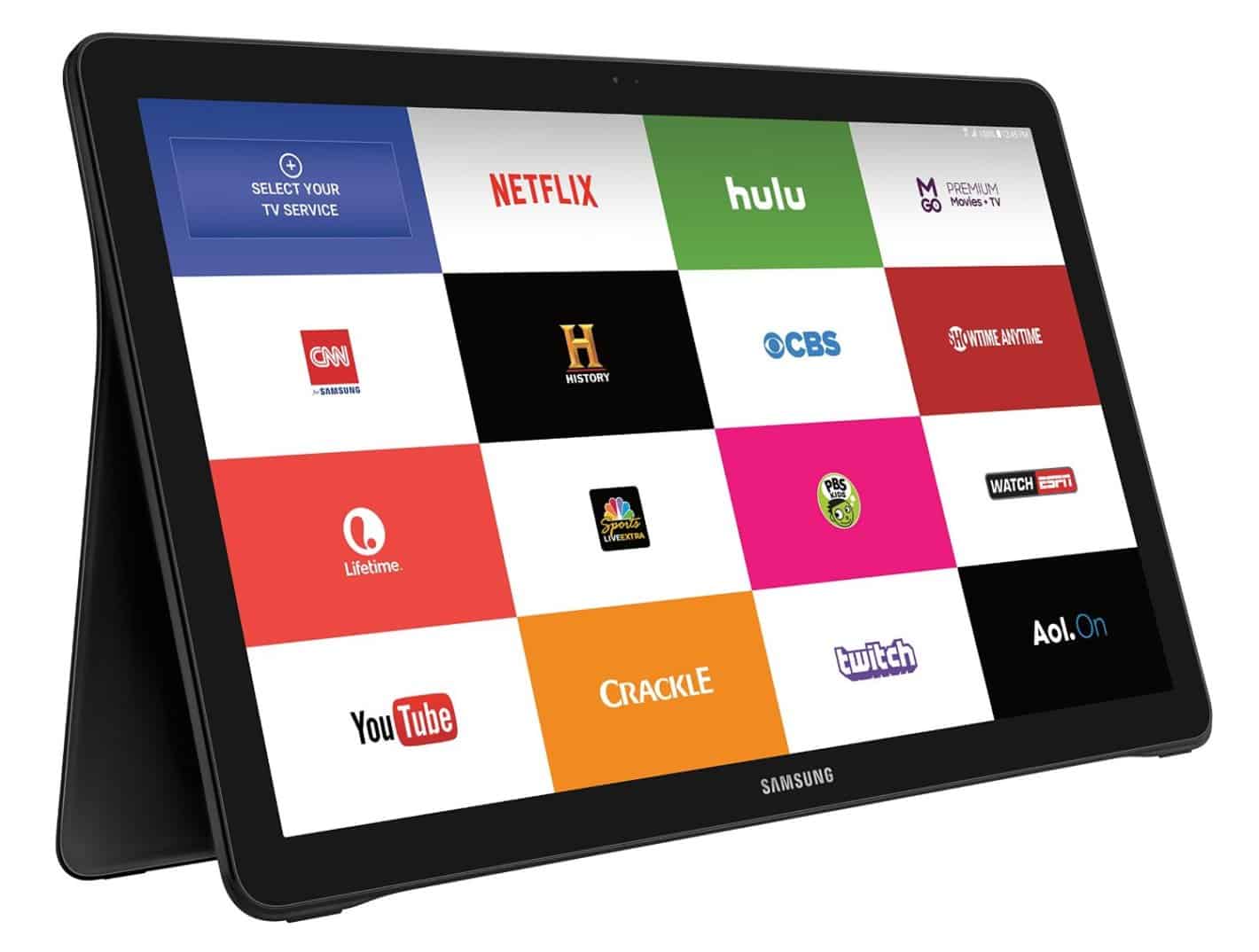 Earlier this week, AT&T had announced that they were planning to carry the Samsung Galaxy View tablet, and it was due to launch today. Well it's now available in store and online from AT&T. It'll set you back about $499 if you are looking to get it without a contract. If you don't mind signing a 2-year contract, you can grab one for $30 per month and add it to your current data pool, which means it'll be sharing data with your smartphone and whatever devices are on your account.

Seeing as this is being sold at AT&T, this is an LTE model. So you will have access to AT&T's LTE network nationwide on this 18.4-inch tablet. If you're an existing DirecTV customer, you can also get the Galaxy View for $100, if you buy a new smartphone on AT&T Next. With this tablet being such a big device, Samsung has worked with a few app developers to make custom apps for the tablet (because if you thought phone apps on a tablet were bad, wait until you use them on this Galaxy View). Those include the likes of CNN, and a few others. Samsung has even made an app where you can control your Galaxy View tablet via Bluetooth using your smartphone. Not to mention the bulletin board that Samsung has added for storing photos on the Galaxy View.

What we are looking at here, in terms of specs is a 18.4-inch 1920×1080 resolution display. It's powered by the Exynos 7580 processor which is an octa-core 1.6GHz Cortex-A53 processor. Additionally, we have 2GB of RAM with the choice of either 32GB or 64GB of internal storage. There is a microSD card slot on this one, which supports up to 200GB of extra storage. There's also a 5700mAh battery inside, which is said to give it pretty short battery life. Samsung is thinking that most of us will keep this plugged in all the time and not take it everywhere. And they are probably right. Samsung has also added a handle in the Galaxy View, since it does weigh in at 5.84 lbs, it is quite heavy.