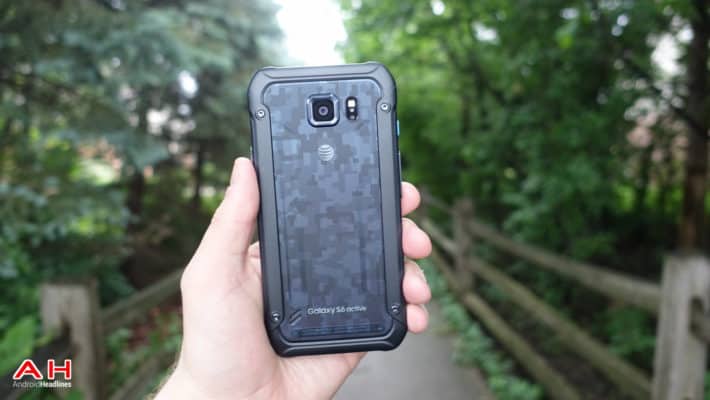 By anyone's measure, the Samsung Galaxy S6 is one of the current flagship devices from Samsung. Yes, they have their Galaxy Note range and did release the Galaxy Note 5 in the second part of the year. But if you are not a fan or do not like using such big handsets or a stylus, than the Galaxy S6 is the Samsung device to currently have. Not to mention, it is also one of the more attractive devices from any manufacturer to make its way through to market this year.

That said, Samsung has not been shy in releasing different versions of the Galaxy S6. Following in the trend of the Galaxy Note 4, Samsung also released an 'Edge' version of the Galaxy S6. Not forgetting, that when they announced the Note 5 back at the end of August, they also announced the Galaxy S6+. A standard Galaxy S6, but one which came in a Galaxy Note 5 size, or thereabouts. However, that was not all, they also (in between the standard Galaxy S6 and S6+ versions) released their now-typical and annual Active version too. This was the Samsung Galaxy S6 Active and was designed to offer you the power and performance of the Galaxy S6, but in a much more robust handset. One which could take a beating if it needed too.

Well, in spite of many waiting to see when the Galaxy S6 range of devices will receive Android 6.0 (Marshmallow), the Active variant is now getting its boost up to the Android 5.1.1. (Lollipop) level. As such, now that the S6 Active is reaching 5.1.1, it will be joining the ranks of its standard variant. Although, that will not be the only way in which the Active is joining the Galaxy S6. As the update is also bringing with it compatibility for the company's mobile payment solution, Samsung Pay. So if you do own a Galaxy S6 Active, then the update which you will likely see in the next couple of days (if you have not already) will bring with it the ability to use Samsung Pay, as well as all the other benefits of Android 5.1.1.