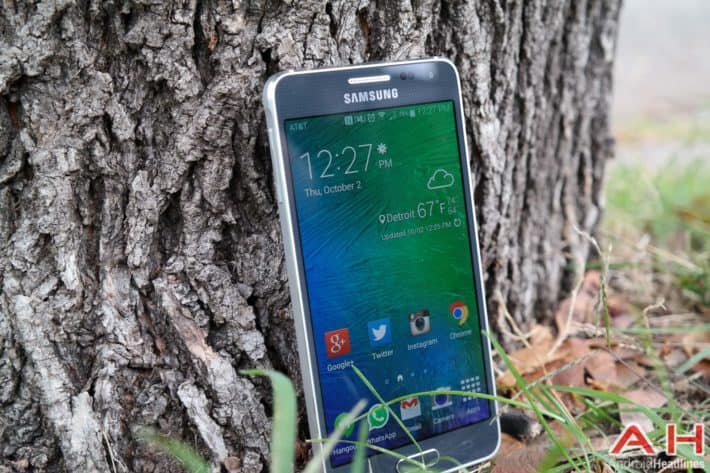 Samsung has risen to the top of the Android smartphone game for a number of reasons, and while undeniably good smartphones are the major factor, advertizing has played a big role for the Korean firm. If there's one single smartphone manufacturer that knows how to promote their brands, it's Samsung, and they've spent millions of dollars on advertizing each year to keep their Galaxy S and Galaxy Note line of smartphones at the top of the pile for years now. Towards the end of last year, they launched the Galaxy Alpha (pictured above) as a device to bridge the gap between everyday specs and premium build. The Galaxy Alpha enjoyed a strong advertizing push around the world, but one that ran earlier this year in France has just been given an award.

The ad in question put a group of French teenagers in a situation where they offered their dream trip, completely free. Of course, there had to be a catch and indeed there was, but not the type you would originally have thought. The teens, who were all selected as Galaxy Alpha users, were told that they were attending some sort of audition in a room with a one-way mirror. They were offered their trip of a lifetime if they agreed to give someone 10 whole minutes with their Galaxy Alpha smartphone. Now, we don't know if all of the teens selected for the advert said yes to this, but in the below advert, they all did. The twist however, was that after they agreed to hand over their smartphones – without asking or being told who it would be – their parents walked in to the other room.

The whole point of the ad was presumably to get younger people to think on just how important their smartphones are to them and imagine that smartphone being a Samsung Galaxy Alpha. I can honestly say right now I wouldn't be handing my smartphone over to my parents, and I have a few years on the teens in this ad. The ad clearly got something right, as it's just been awarded a gold EPICA award, and it certainly gets you thinking about how private our smartphones can be to each and every one of us.

Samsung Galaxy A – The Way You Are from Kinou Conseil on Vimeo.