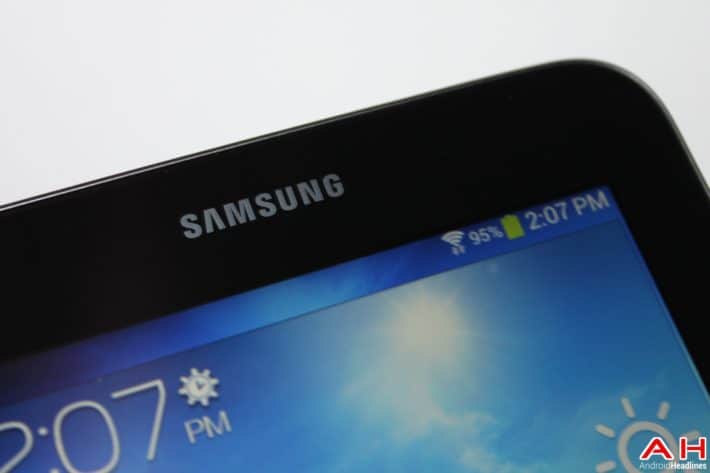 Earlier this year, Samsung launched the Galaxy Tab E in India at a price of Rs. 16,900 ($260). The tablet comes with entry-level specifications, but with a price-tag that belies its modest credentials. Meaning, the device never quite caught on with consumers in the country, especially in a product category that has been in steep decline over the past several quarters. The tablet is priced at â‚¬199 in Europe, and was also released in the US earlier this year. The device is currently available both on Verizon as well as on US Cellular, but with changed specifications and different price points. Either way, the tablet remains one of the more affordable offerings in the sector from the world's largest manufacturer of Android devices.

Now, the South Korean consumer electronics company is apparently looking to introduce two new tablets in the lower mid-range segment, if a report carried by SamMobile is anything to go by. The website is quoting its "reliable insiders" to report that two tablets carrying model numbers SM-T280 and SM-T285 are being readied by Samsung as replacements for the Galaxy Tab E. While the publication doesn't give an exact ETA for the devices to be introduced to the market, it does mention Q1, 2016 as the probable date for Samsung to make the devices official. While the SM-T280 is believed to be the Wi-Fi-only variant, the SM-T285 is expected to come with LTE connectivity. Beyond that however, SamMobile says that it has no other info regarding the hardware or software on either of the two upcoming devices.

The current-generation Galaxy Tab E features a 9.7-inch TFT display with a resolution of 1280 x 800 pixels, and is powered by the Snapdragon 400 SoC, which comes with a quad-core, 32-bit CPU. The device comes with 1.5 GB of RAM, just 8 GB of internal storage, a 5,000 mAh battery and features 3G connectivity. The primary rear-facing camera on the Galaxy Tab E is a 5-megapixel unit, whereas the front-facing camera on the tablet comes with a 2-megapixel sensor. It will be interesting to note how much of an improvement the upcoming Tab E replacements turn out be over and above the current-generation device, which hasn't exactly managed to set the sales charts on fire.