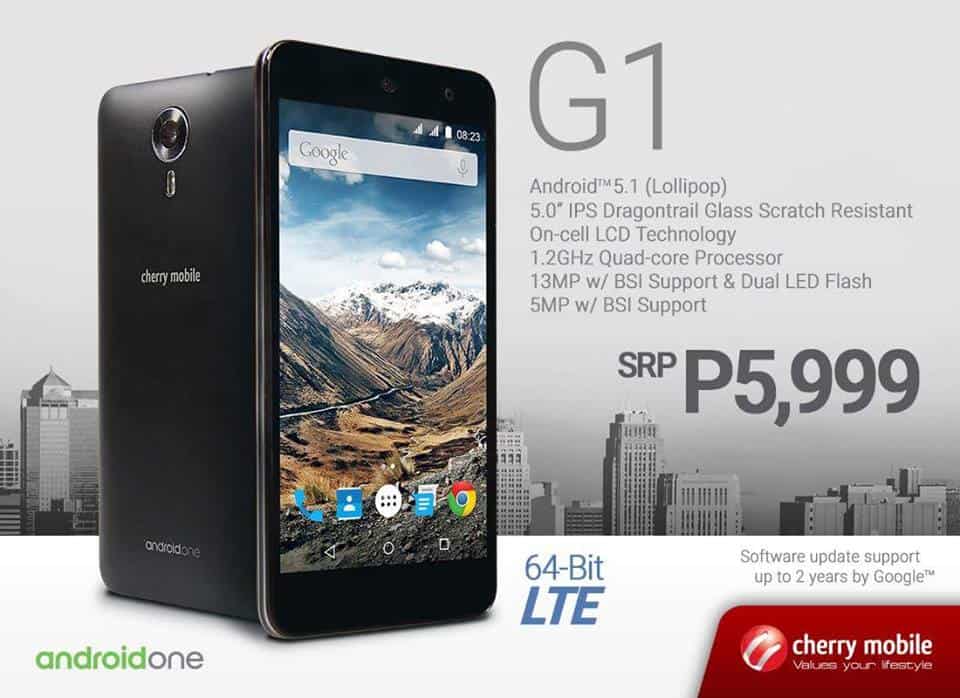 A post on Twitter from HTC ROM developer @LlabTooFer has claimed that Android 6.0.1 Marshmallow is being rolled out to some Android One handsets. There’s no word however, on which handset (or handsets) exactly are getting the update right now, but screenshots posted on the microblogging site seem to indicate that the device in question is Filipino company Cherry Mobile’s Android One G1 smartphone. Curiously, the Android security patch level is dated December 1, 2015, although, we’re still over a week away from the start of December. Online chatter over the past few days have seemed to indicate that the 6.0.1 update indeed be rolled out soon enough to these devices, and only last week, LlabTooFer had announced that the phones will be receiving the new software at some stage this month.

It’s worth remembering that even Nexus devices are yet to receive Android 6.0.1, so it is indeed surprising to see Android One getting precedence over Google’s flagship lineup of smartphones and tablets. As for the Android One devices, these phones had only received the update to Android 6.0 Marshmallow last month. There’s currently no available changelog for the build, and there’s no official word on what Android 6.0.1 brings, but bug fixes and security patches would be a good guess. Seeing as it is only a minor version update, it is unlikely to bring along any new features, but it’s good to know that Google is keeping up with its promise of timely update rollouts for Android One smartphones.

It isn’t yet clear as to whether the rollout is a part of a soak test or if it is an actually mass rollout, but if it is the latter, it will be rolled out in a phased manner. So it might take some time before all Cherry Mobile’s G1 users are covered by the rollout. Still, users who haven’t received the notification yet, may try to check manually by going into Settings > About > Update. While this current report relates only to Cherry Mobile’s One G1, and not the original lineup unveiled in India last year, seeing as the hardware specs of most first generation Android One devices are identical for the most part, it shouldn’t take long before the update is available for Android One users elsewhere. 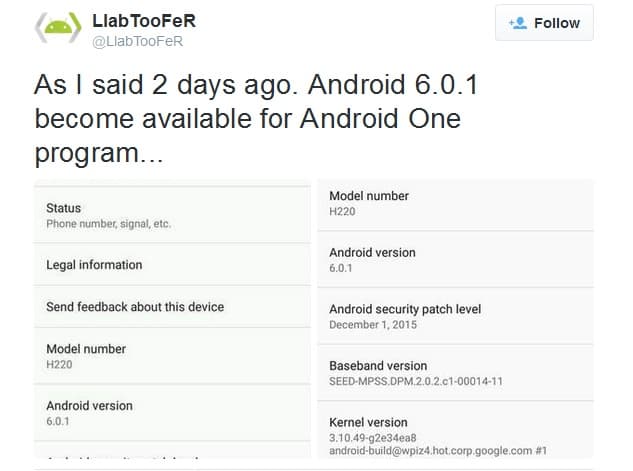