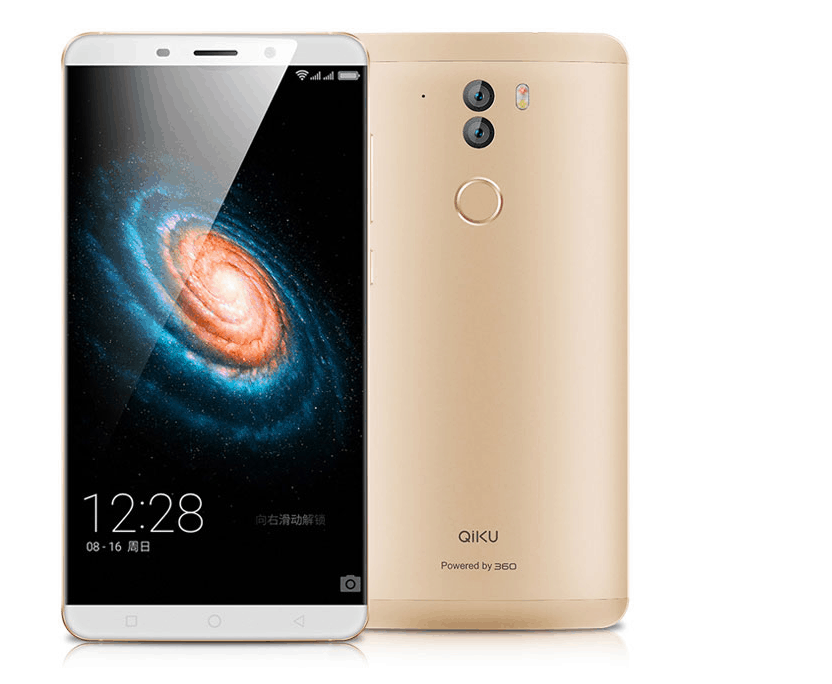 QiKU is a relatively new company which we've talked about earlier this year. This company is actually backed by both Coolpad and Qihoo 360, which instantly made it rather interesting. Well, the company managed to come under the spotlight when they announced three devices back in September, the Qiku Terra, Luna and Note. All of these phones are somewhat compelling, but the Qiku Terra is the most interesting one here, and the highest-end one at the same time.

That being said, the Qiku Terra has actually arrived in India, QiKU has officially unveiled this handset in that Asian country. Interesting enough, QiKU has launched the Terra phone in two variants, the two phones are identical on the outside, but they do sport a somewhat different set of specs. The premium QiKU Terra handset is powered by the Snapdragon 810, a 64-bit octa-core SoC. This handset comes with 4GB of RAM and 64GB of internal storage. The second variant of this device is powered by the Snapdragon 808 64-bit hexa-core processor, while it packs in 3GB of RAM and 16GB of native storage.

The rest of the specs are identical. The QiKU Terra features two 13-megapixel cameras on the back (Sony's IMX278 sensor, f/1.8 aperture), while the dual-LED flash is also available here. The 8-megapixel shooter can be found on the front side of this phablet, and a 6-inch QHD (2560 x 1440) AMOLED display is also a part of this package. Android 5.1 Lollipop comes pre-installed on the QiKU Terra, and it is also worth mentioning that you can expand the internal storage in this device via a microSD card.

The QiKU Terra packs in a 3,600mAh battery on the inside, while you also get quick charge capabilities here. If you charge the phone for 5 minutes you'll get 2 hours of normal use or 10 hours of listening to music according to QiKU. Charge this phablet for 30 minutes, and you'll charge the battery up to 50%. The QiKU Terra also has a built-in fingerprint scanner, and the device is made out of aluminum. That is pretty much it, we still don't now how much will these devices cost in India, stay tuned for that.