If you've been using Pushbullet for the last couple of years, you likely already know how beneficial of an app it can be, allowing you to easily share links, images, and other stuff quickly and easily between devices. Thanks to the Pushbullet team's ever-growing improvements it's also about to get even quicker in their most recent update to the app, while also making it play nicer with the Android 6.0 Marshmallow software for those who are already on it with a compatible device. These optimizations should make it even more enjoyable to use and more functional, and the update is being pushed out today and you can pick the app up from the Play Store.

When it comes to Marshmallow optimizations, Pushbullet now lets users have more control over the permissions as per the changes to the way Marshmallow devices handle them for applications. Now with Android 6.0 support, users can now opt to let Pushbullet have some permissions while blocking them out of others, and that level of control is nice to see in any app, more commonly referred to as support for runtime permissions. This isn't the only Marshmallow related change though, of course. One of the other changes to Marshmallow was the way users share things with other users. Called Direct Share, in addition to seeing options for sharing things with other apps, users can now see recent devices from the share menu when they decide to push something which should make for a speedier experience.

Also now with Marshmallow support, those on an Android 6.0 device will see mirrored notifications just like other users which was one of the biggest features of Pushbullet in the first place. This way users on Android 6.0 devices won't have to miss a single notification. Pushbullet also states they have reduced the size of the app by a whole 25 percent so it will now take up even less storage on your device. There are also your standard bug fixes and improvements included in which is a potential fix for an issue that seemed to be affecting users on Marshmallow when sending an MMS message. At the moment it isn't confirmed whether or not the issue has been fixed completely so the Pushbullet team is asking users to confirm via the "send feedback" option if they're still running into problems. 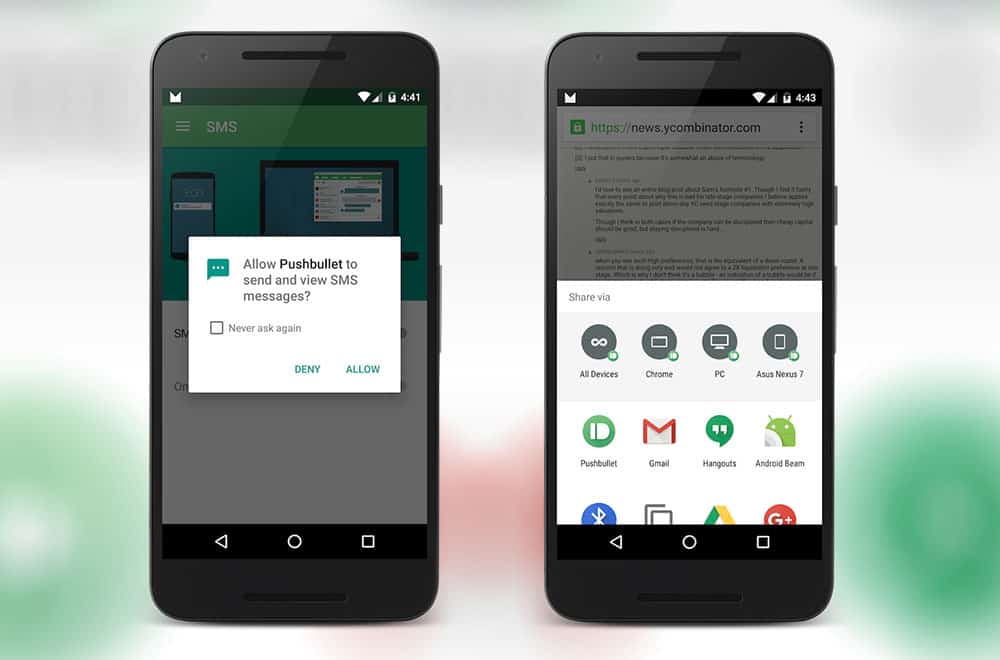