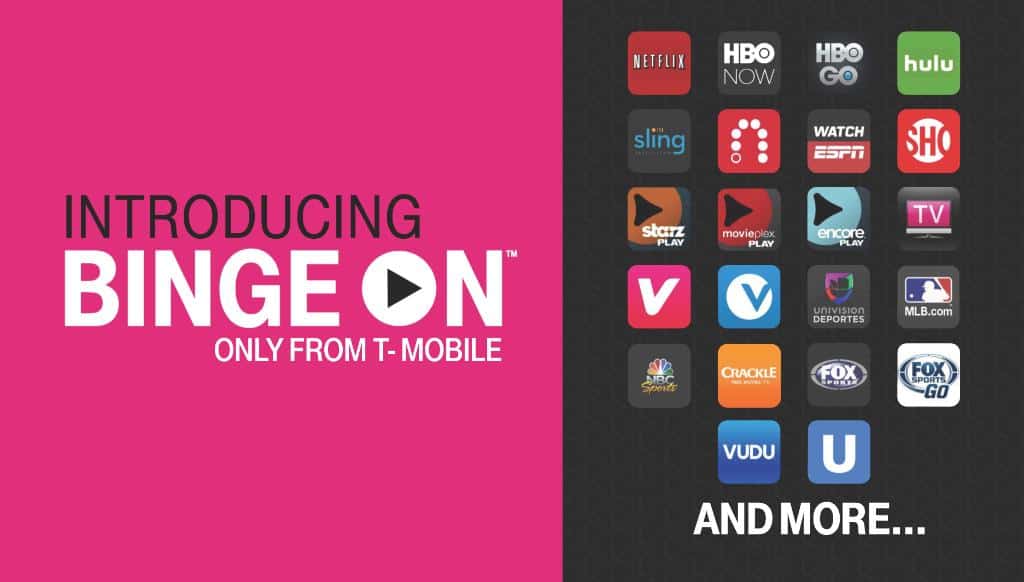 Last week T-Mobile introduced their latest uncarrier move which is designed to free up data that is incurred through the use of video streaming. This was announced by T-Mobile as Binge On and essentially allows any of their qualifying plan customers to stream from the likes of Netflix, Hulu, WatchESPN, and many more, without incurring any data charges.

The service was supposed to be live from November 15th for all new customers who sign up to T-Mobile, while existing customers are expected to see their service being switched on from November 19th. Well, if you are one of those new customers who has signed up for the service and were told your Binge On feature is now live, you might want to keep an eye on your data usage just in case. One of our readers has been in touch with us and advised that in spite of signing up on November 16th to a qualifying plan and being told his Binge On service is now active, he is still accumulating data charges for Netflix content being viewed over 4G.

The reader did reach out to T-Mobile via their online chat and provided us with a copy of the transcript. The T-Mobile customer service agent did confirm that as a new subscriber he was entitled to the service and that he had switched on the feature and that should be working fine. However, the agent was not able to provide any detailed explanation as to why the data was still being incurred. In fact, the agent did state that they would investigate the matter and that the user should refrain from using the feature while the investigation goes on (stated to be three to five days). As such, if you are a new subscriber, firstly, you will want to make sure that you have the Binge On feature turned on. This was the first advice offered by the agent. As well as this, you will also want to monitor your data usage when streaming video over a 4G connection. It is presumed that by the time the 19th rolls around and all T-Mobile customers see the service being switched on, the issue is likely to be resolved. Although, until then, better to be safe then unknowingly consuming data. You can read part of the transcript with the T-Mobile agent below.

Thanks for the tip Mitchell 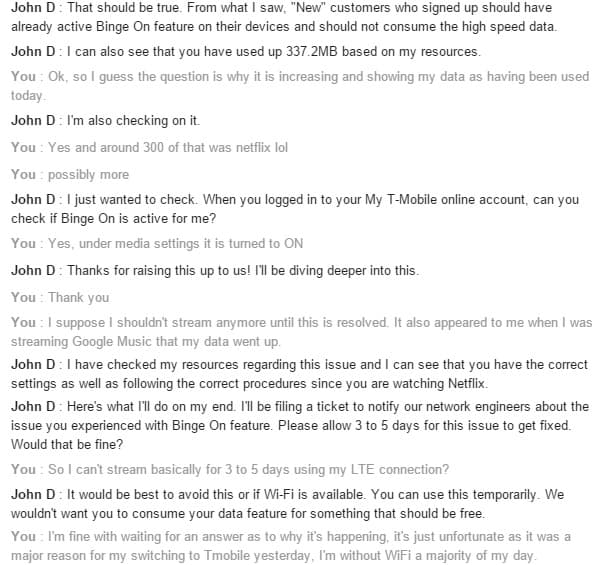