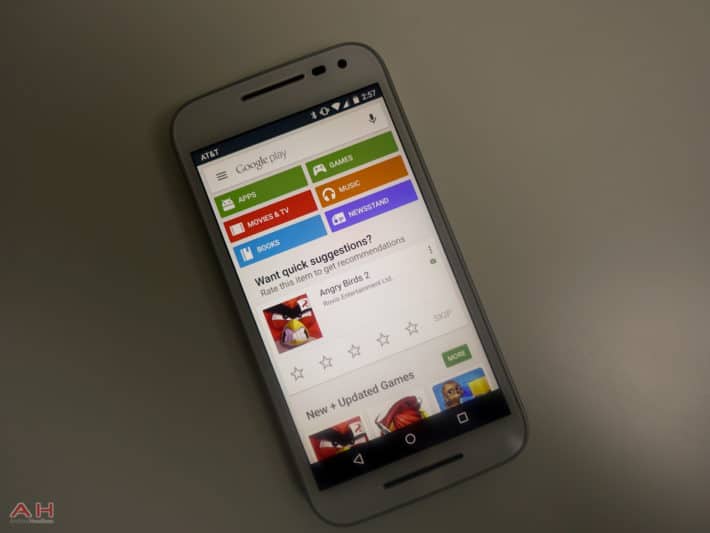 If you've browsed the web version of the Play Store recently, and saw that on all app pages that the store says "You Don't Have Any Devices", don't worry you're not alone. It's a bug that a few of us are seeing, it doesn't mean that your devices have all been wiped from your account. For many, if you refresh the Play Store listing enough times, it will finally show up that you do have some devices, if not all of them, compatible with that particular application. It doesn't appear to be affecting everyone, but rather a small percentage of people are seeing that red exclamation mark deeming that you have no devices.

The good news here is that there is a workaround, and the bug doesn't really affect the ability to install apps. It just means you can't install apps from the web version of the Play Store. You'll just need to go to your smartphone, tablet, or whatever device you were looking to install it on, and install it through the Play Store app. A bit of an inconvenience, but it's not too bad. Google will likely have this fixed up pretty soon for all of us as well.

It is a bit of an inconvenience, being able to install apps straight from the Play Store website to your device is a pretty nifty feature, but it appears to be broken for some people. It's not the end of the world. Like we stated before, refresh the page a few times and you should see that some devices are compatible again, if not all of them being compatible. In the meantime we'll just have to sit back and wait. However, the good news is, that typically when things start breaking like this, we have something new on the way. So maybe we have a redesign coming in for the web version of the Play Store. We did just get a redesigned app for the Play Store, so it wouldn't be too crazy to see this. We'll be sure to keep you updated on this, when and if Google does fix the issue.