Do we have a good one for you today- the all-steel LG V10 with its mini-display over top of the main display and the dual front-facing cameras (FFC) goes up against its little ‘brother’ of sorts, the new LG Nexus 5X.  The LG V10 definitely takes the award for most premium looking of the two devices – after all, the Nexus 5X has a plastic outside, but still a great LG build quality.  We know from the beginning that the flagship LG V10 is technologically above and spec’d higher than the more mid-level Nexus 5X, but just how does the 5X stack up against this flagship rival.  Let’s take a look just to see what these two devices, both made by LG, have in common and then we will take a closer look at each individual device.

For the LG V10 and LG Nexus 5X we have to skip the physical size and display area to get to the processor before we come across anything in common with these two devices.  They both use the 64-bit Qualcomm Snapdragon 808 hex-core processor and Adreno 418 GPU.  Even though they both have a great camera, they each go about obtaining their pictures differently…although they both have a 5MP FFC, except that the V10 uses two of them for special effects to add more depth to your selfies and video chats.  Both devices have a single speaker, with the V10’s on the bottom and the 5X’s on the front.  Both pack a fingerprint sensor for unlocking the device as well as authorizing payments with Android Pay. 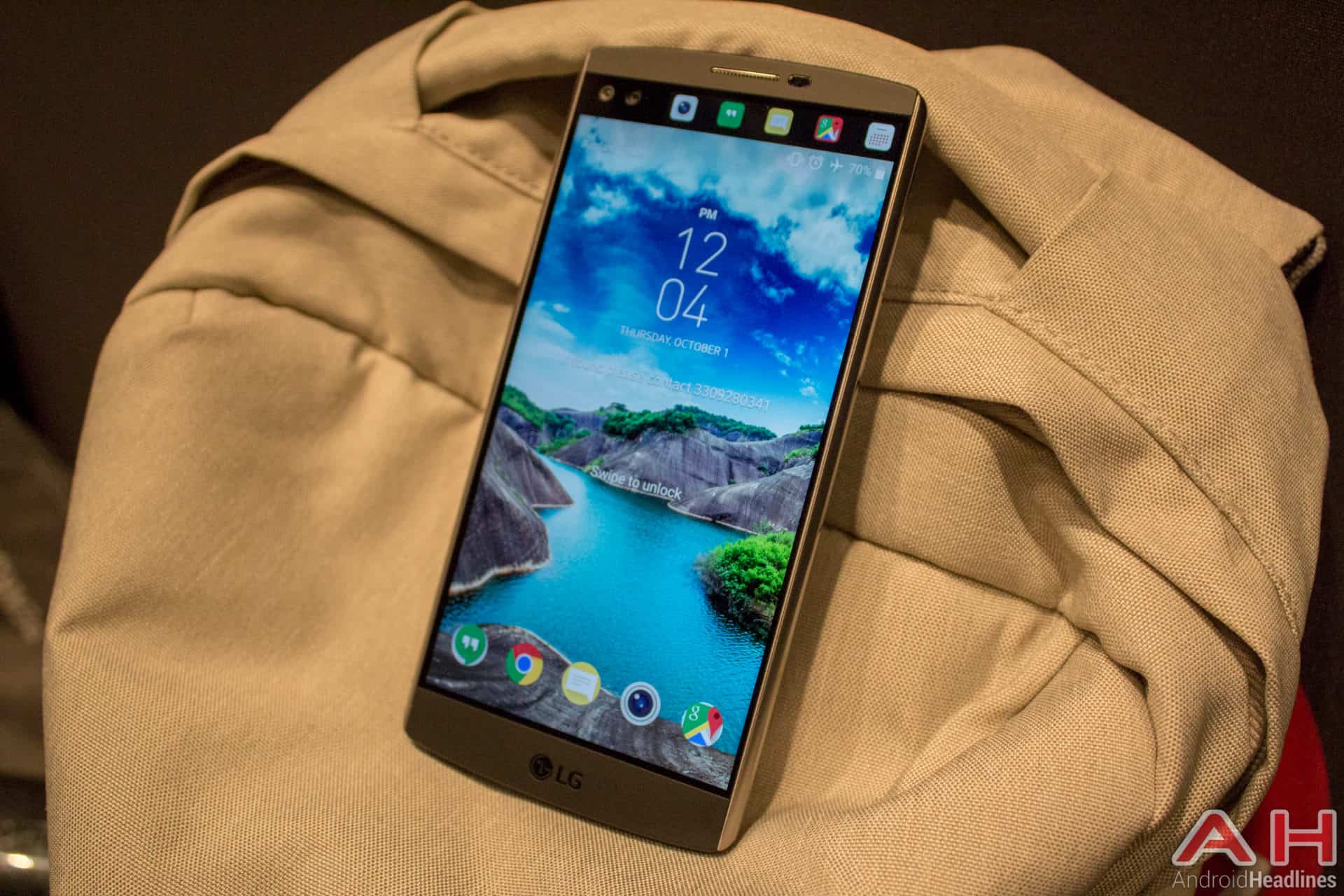 LG introduced a new flagship device called the LG V10.  It is a beautiful smartphone and sculpted from stainless steel and silicone that protects the device from drops and as a means for gripping the device.  It has two 5MP FFCs, and it has a small, independent display sitting ‘above’ the 5.7-inch main display and operates independently.  Exactly how the LG V10 will fit within this crowded field of premium devices remains to be seen.  Let’s take a closer look at the new LG V10 and see just how it stacks up against the new LG Nexus 5X.

Much like the Galaxy Note Edge with two displays – the main one and then the curved display off to the right – the LG V10 also has two displays.  The main display on the V10 is a 5.7-inch IPS Quantum QHD with a resolution of 2560 x 1440 pixels and 515 PPI, along with a 1040 x 160 pixel display that ‘sits’ above the top area of the main display.  The secondary display can be ‘on’ while the main display is off, showing notifications, the weather, the time/date, app shortcuts and more.  This goes up against the 5.2-inch FHD LCD display of the Nexus 5X with 424 PPI.  LG chose the 64-bit Qualcomm Snapdragon 808 hexa-core processor with four cores clocked at 1.44 GHz and dual cores clocked at 1.82 GHz as the brains for both the V10 and the Nexus 5X.  The V10 is packing 4GB of RAM versus the Nexus 5X with 2GB of RAM.  The LG V10 has only one option – 64GB of internal memory, but has a microSD card slot to expand another 128GB.  The Nexus 5X gives you two options – 16GB or 32GB – with no means to expand.

The main camera areas should be very competitive if the LG V10 lives up to its LG G4 heritage…we already know from local and national testing the Nexus 5X’s camera takes great pictures.  The LG V10 uses a 16MP sensor with laser autofocus, a large f/1.8 aperture, OIS and an LED flash – the same, great camera found on the LG G4.  The Nexus 5X uses a 12.3MP sensor with large 1.55µm pixels, laser autofocus, dual-tone LED Flash, but no OIS.  The LG V10 uses a dual 5MP FFC to add a wider field and more depth to the traditional selfie or video chat. Many devices can do this through software manipulation, but the V10 can do it at the time you take your picture.  The Nexus 5X has the more traditional single 5MP FFC.  The LG V10 uses a removable 3000mAh battery, while the Nexus 5X has a smaller 2700mAh non-removable battery and both have a means for fast charging their batteries.

The LG V10 includes a fingerprint sensor and coupled with NFC will allow the V10 to approve mobile payments once the V10 gets its Android 6.0 Marshmallow update.  The LG V10 has a speaker on the bottom of the device and includes Hi-Fi circuitry for improved sound through the headphones.  The available colors are Space Black, Luxe White, Modern Beige, Ocean Blue and Opal Blue.  It is available now on Verizon, AT&T and T-Mobile and priced approximately $675 – $700. 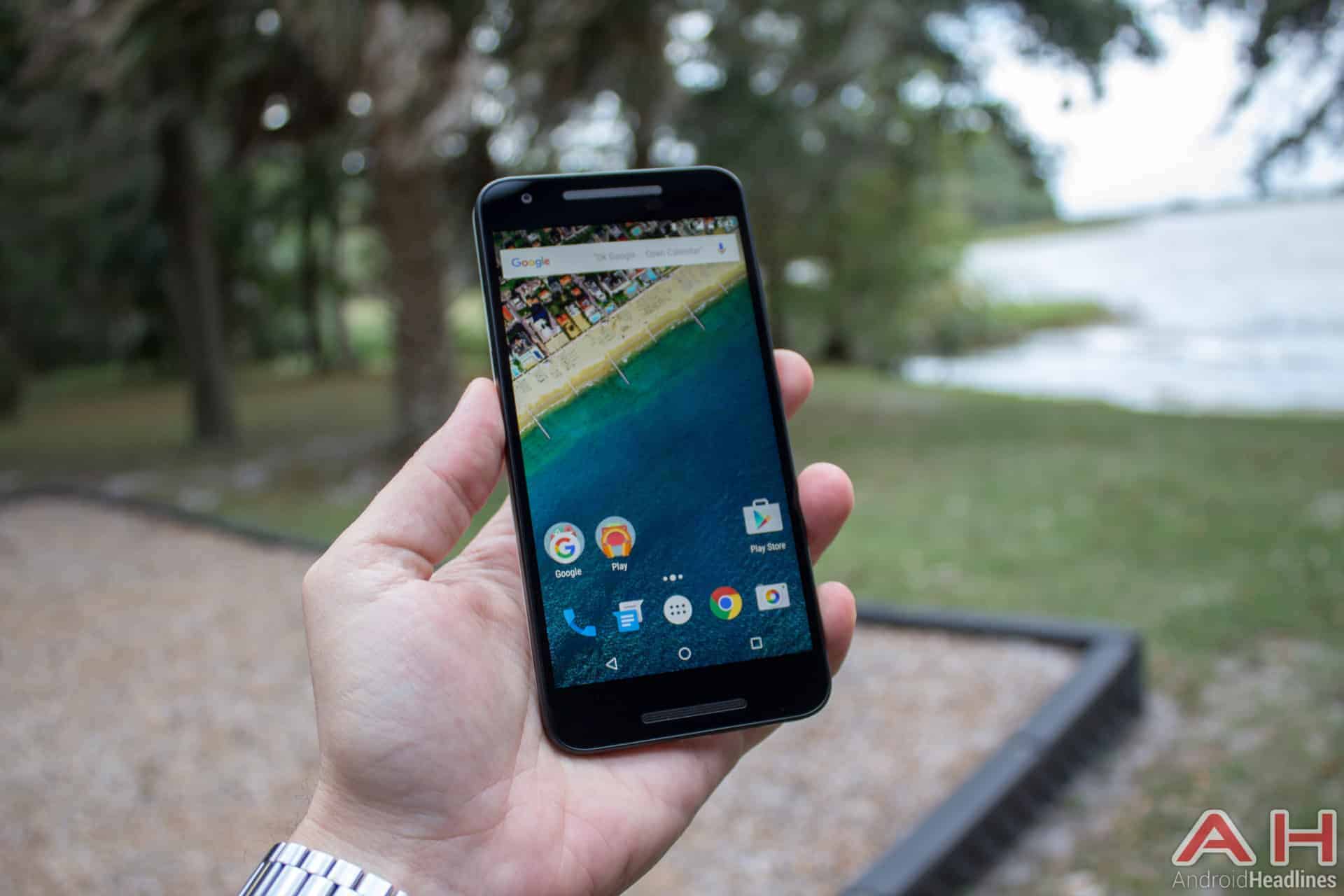 LG knows what Nexus users are looking for when they purchase a Nexus device – decent specs for a reasonable price.  LG has built two other models, the Nexus 4 in 2012 and the Nexus 5 in 2013.  Google skipped LG for Motorola in 2014, but went back to LG and asked them to make the mid-range Nexus 5X this year.  With a 5.2-inch display and priced at only $379, it makes the Nexus 5X a true mid-range device.  In order to come in at a lower price certain corners must be cut…in this case LG had to use a polycarbonate body – while rugged, it does not have the premium feel or look.

The Nexus 5X uses a Sony IMX377 sensor – 12.3MP main camera with large a 1.55µm pixel size, laser autofocus and a dual-tone LED flash, with no OIS.  It has a large 5MP FFC for selfies and video chats.  This goes up against a 16MP sensor on the LG V10 and dual 5MP FFCs.  The Nexus 5X has a smaller 2700mAh non-removable battery while the LG V10 has a larger 3000mAh removable battery.  Both devices should make it through a full day and both devices have rapid charge capabilities.

The LG Nexus 5X comes with a fingerprint sensor and will be running Android 6.0, the newest Android OS Marshmallow.  With Marshmallow, you will be able to use the fingerprint sensor to authorize mobile payments using Android Pay, among other things.  The Nexus 5X also uses the newer reversible microUSB Type-C connector and a single, front-facing speaker.  The available colors are Carbon, Quartz and Ice and the Nexus 5X will cost $379 for the 16GB model and $429 for the 32GB variant. 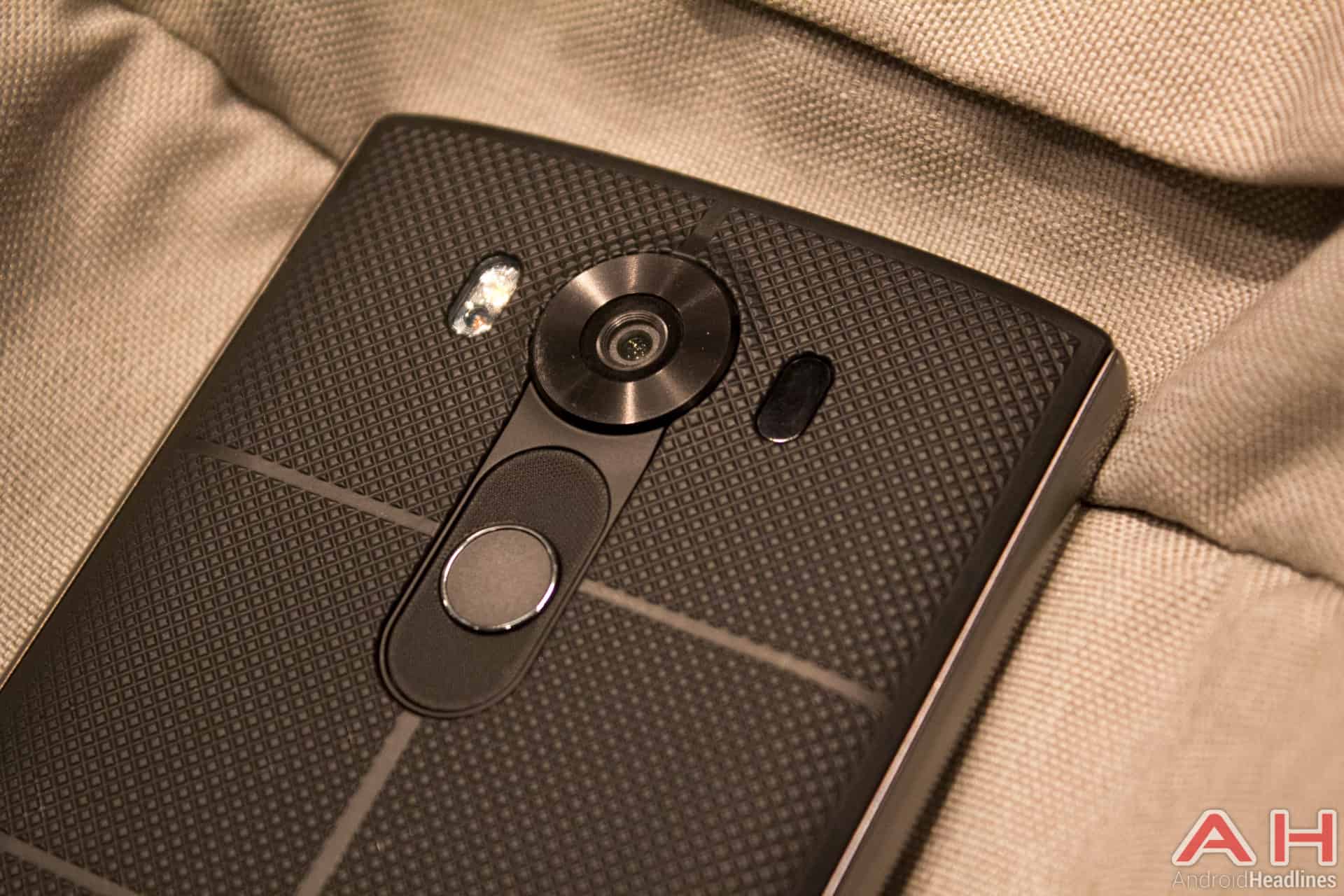 This was actually a little tougher than I first thought – especially if you introduce the price of the Nexus 5X into the equation.  When we compared the LG V10 to the higher-end Nexus 6P, we chose the 6P as the winner of that comparison, but when compared to the mid-level Nexus 5X, even with its lower pricing, it is clear that the LG V10 is the superior device.

The LG V10 simply out-specs the mid-range Nexus 5X – this is not to say the the Nexus 5X is a poor device…it is not…it is a great bargain.  However, we are comparing specifications and the steel-clad V10 is just too much for the polycarbonate 5X.  Starting with the QHD display versus the FHD display, the dual display, twice the RAM, twice the internal memory that can be expanded, a terrific main camera and dual FFC, built-in IR Blaster and ending with the removable battery.

Yes, the Nexus 5X does come with Android 6.0 Marshmallow, a front-facing speaker, faster updates and a cheaper price – $429 for 32GB of non-expandable memory versus $675 for 64GB of expandable memory.  Only you can decide if you want a flagship or a mid-ship device and pay accordingly – for me, the extra features, design and looks of the LG V10 make it the winner of this comparison.