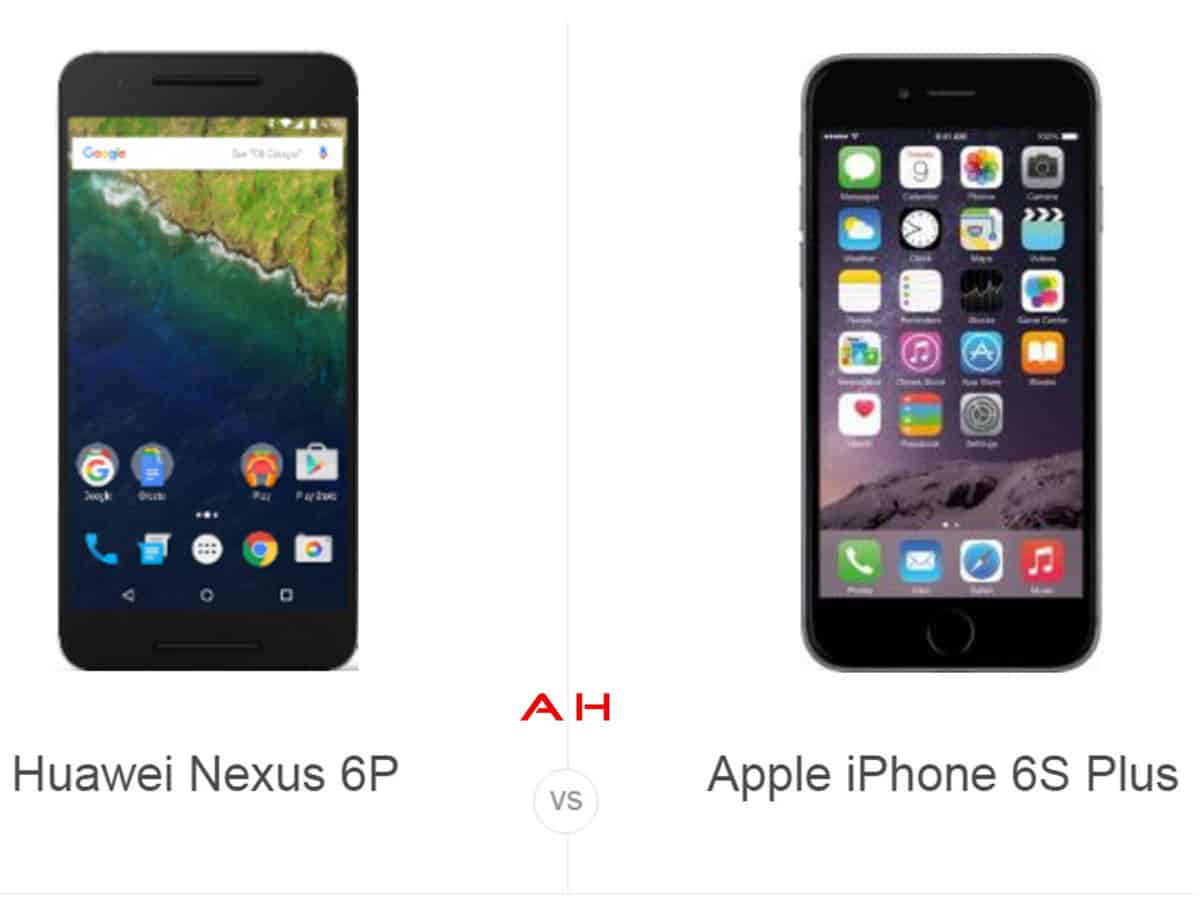 Do we have a good one for you today – the new Huawei Nexus 6P goes up against the Apple iPhone 6s Plus.  We always love it when an Android device, especially a Nexus, goes head-to-head with an iOS device.  As much as we hate to admit it, the iPhone 6s Plus is a great device – not as ‘open’ or ‘flexible’ an environment as Android, but a nice, solid device.  Let’s see just how much, if anything, these two devices have in common before we look at each one individually.

Both the Nexus 6P and iPhone 6s Plus are beautiful and well-built devices – in fact, they have a very similar all-metal build.  Both the Nexus 6P and the iPhone 6s Plus are almost identical in physical size and even share the same 7.3mm in thickness, although the iPhone 6s Plus weighs an additional 14 grams.  Even though the display technology and resolutions are different, they are close to the same size (iPhone is 5.5-inches and Nexus 6P is 5.7-inches).  They both offer a 64GB or 128GB of internal storage as an option with no room for expansion on either device.  Even in the camera area, the Nexus 6P has a 12.3MP sensor and the iPhone 6s Plus has a 12MP sensor and both can handle videos at 2160p at 30fps.  They both have some of the usual suspects – Wi-Fi, Bluetooth 4.2, GPS, NFC (Apple Pay ONLY), both have a non-removable battery (2750mAh in the iPhone and 3450mAh in the Nexus 6P) and both have a fingerprint sensor.

Google made a smart move this year by trying to cater to a larger crowd of Nexus owners – the LG Nexus 5X is the more mid-range device, while the Huawei Nexus 6P is the high-end and more expensive device.  Both devices should make many people happy and both have a unique look and build.  The Nexus 6P is a beautifully designed and well-built device with an all-metal unibody construction and available in three colors – Aluminum, Graphite or Frost.

The Galaxy Nexus 6P’s camera uses a 12.3MP sensor with laser autofocus, dual-tone LED Flash, but no OIS.  It scored a very high rating from DxOMark. The FFC is a large 8MP for social media selfies and video chatting.  The iPhone’s have always been known for their cameras and the iPhone 6s Plus is no exception.  Surprisingly, the iPhone 6s Plus has a new larger 12MP camera sensor for the main camera and added OIS in the 6s Plus model, but scored no better than last year’s iPhone 6 Plus.  It uses a 5MP FFC for selfies and FaceTime chatting.

The Nexus 6P’s much larger 3450mAh battery goes up against the 2750mAh in the iPhone 6s Plus – both are non-removable.  The Nexus 6P should easily get you through an entire day with moderate usage.  However, if you run into trouble, the Nexus 6P has a quick charge option due to the Type-C microUSB port.

The Nexus 6P has a few features not found on the iPhone 6s Plus – it has a fingerprint sensor that is ready for Android Pay and mobile payments.  It has dual front-facing stereo speakers for great sound and a good location for watching videos or playing games.  It also uses the Type-C reversible microUSB port for faster charging and data transfer.  Last, but certainly not least, it is running pure Android 6.0 Marshmallow and will always get the fastest upgrades possible when new versions come out.  It will cost you $500 for the 32GB model. 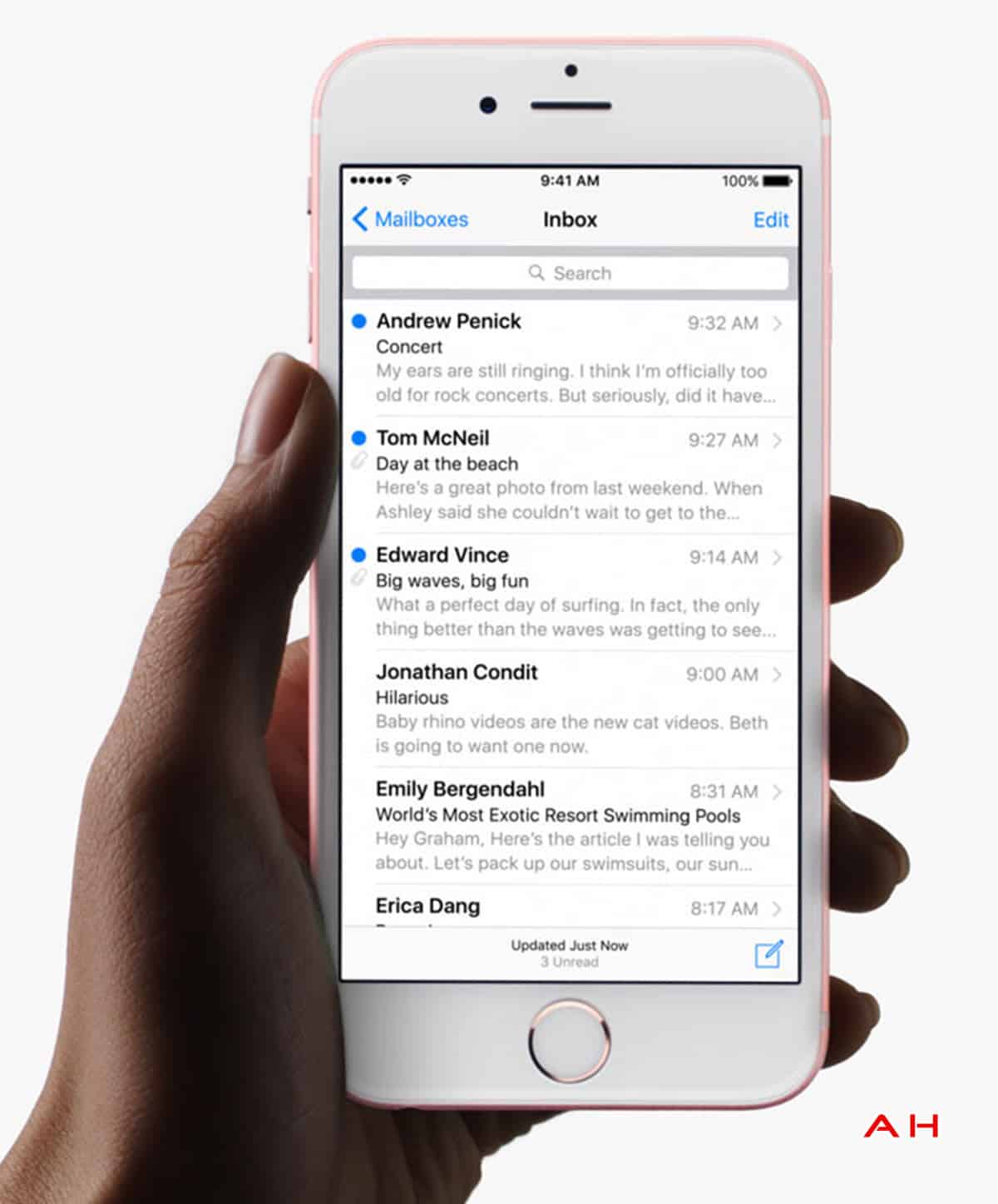 The iPhone 6s Plus is nothing more than a stretched version of the iPhone 6s with a larger display and the addition of OIS to the main camera.  The iPhone 6s series looks almost identical to the iPhone 6, with an all-metal body and a few changes – not totally new like Tim Cook was touting at its introduction, but Apple always has a way of making something spectacular out of the mundane.

The camera has always been one of the iPhone’s strong points and the iPhone 6s Plus is no different – Apple increased the size of the sensor from 8MP to 12MP along with some tweaking here and there.  It has the usual autofocus, a dual-tone LED flash and for the first time they added OIS to the Plus model.  It has always been one the best point-and-shoot cameras on a smartphone, but with all of its advances this year, DxOMark ranks this year’s camera as no better than  last year’s.  Oh, you can do more with your photos, but the actual picture is no better than on the iPhone 6 – not a bad thing, but the iPhone has not dominated the smartphone camera for well over a year.  The Nexus 6P’s 12.3MP camera is rated higher than the iPhone 6s/6s Plus.

The FFC on the iPhone is now a larger 5MP for social media selfies or video chatting – ONLY through Apple’s FaceTime unless both users download a third-party app.  The Nexus 6P uses an 8MP for its FFC.  The iPhone has never been known for great battery life and the 2750mAh non-removable battery in the 6s Plus doesn’t do much to help its cause.  The Nexus 6P uses a larger 3450mAh non-removable battery, but the Nexus 6P should easily outlast the iPhone and should your battery get low, the Nexus 6P has quick charge via its Type-C port.

What does the iPhone 6s Plus have the Nexus 6P does not?  It has Apple’s proprietary Apple Pay and its proprietary FaceTime video chat feature – if you can call that good.  It is easy to use and efficient, but rather boring when compared to an Android device and its customization capabilities and extended features.  New this year is what Apple is calling 3D Touch display, where the display can ‘sense’ up to three pressures – press once to open up and app and then press again within the app to go somewhere else.  The pricing has always been a sore spot with the iPhone, commanding an off contract price of $750 for just the 16GB all the way up to $950 for the 128GB model. 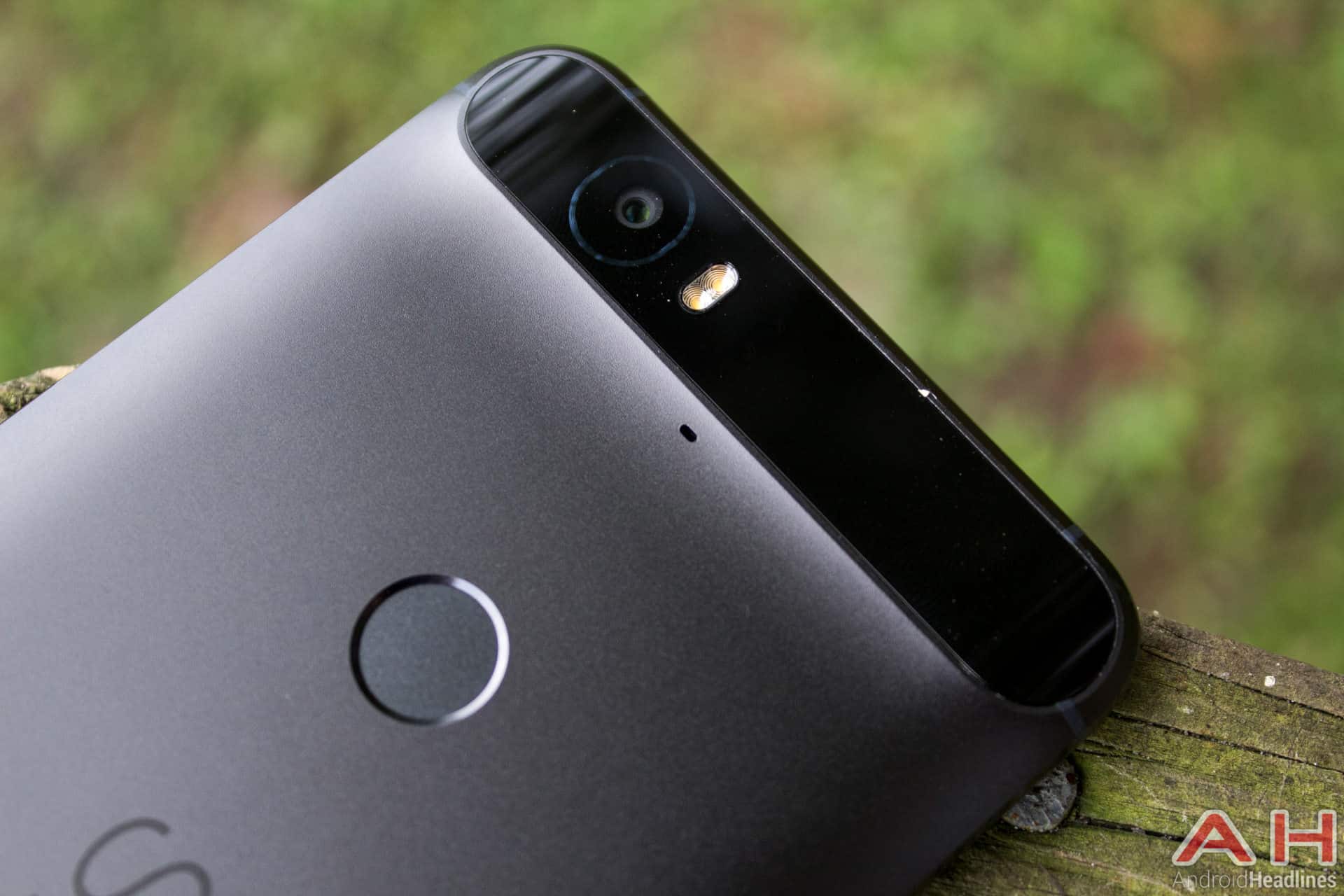 For some Android devices, it was a narrow victory over the popular iPhone – but not in this case.  The Nexus 6P can keep pace with anything, including taking pictures, that the iPhone 6s Plus can muster.  The Nexus 6P has a slightly larger and better display, a processor that can keep the device running smooth and quick, more RAM, a much larger battery, just as good build quality and access to a lot more retailers for mobile payments.

When you add all of the features up, you are getting more with the Nexus 6P than you are with the iPhone 6s Plus…all for a cheaper price.  Like the iPhone, the Nexus devices receive annual software updates as soon as they are released.  Android is a more flexible OS than iOS, allowing more options and customization of your displays.  While it is true that Android is more ‘fragmented’ than iOS, but it is small price to pay for the flexibility Android allows us.  It also allows users to purchase different smartphones – all shapes, sizes and manufacturers.