Skip to content
Trusted By Millions
Independent, Expert Android News You Can Trust, Since 2010
Publishing More Android Than Anyone Else
40
Today
186
This Week
926
This Month
8197
This Year
125680
All Time 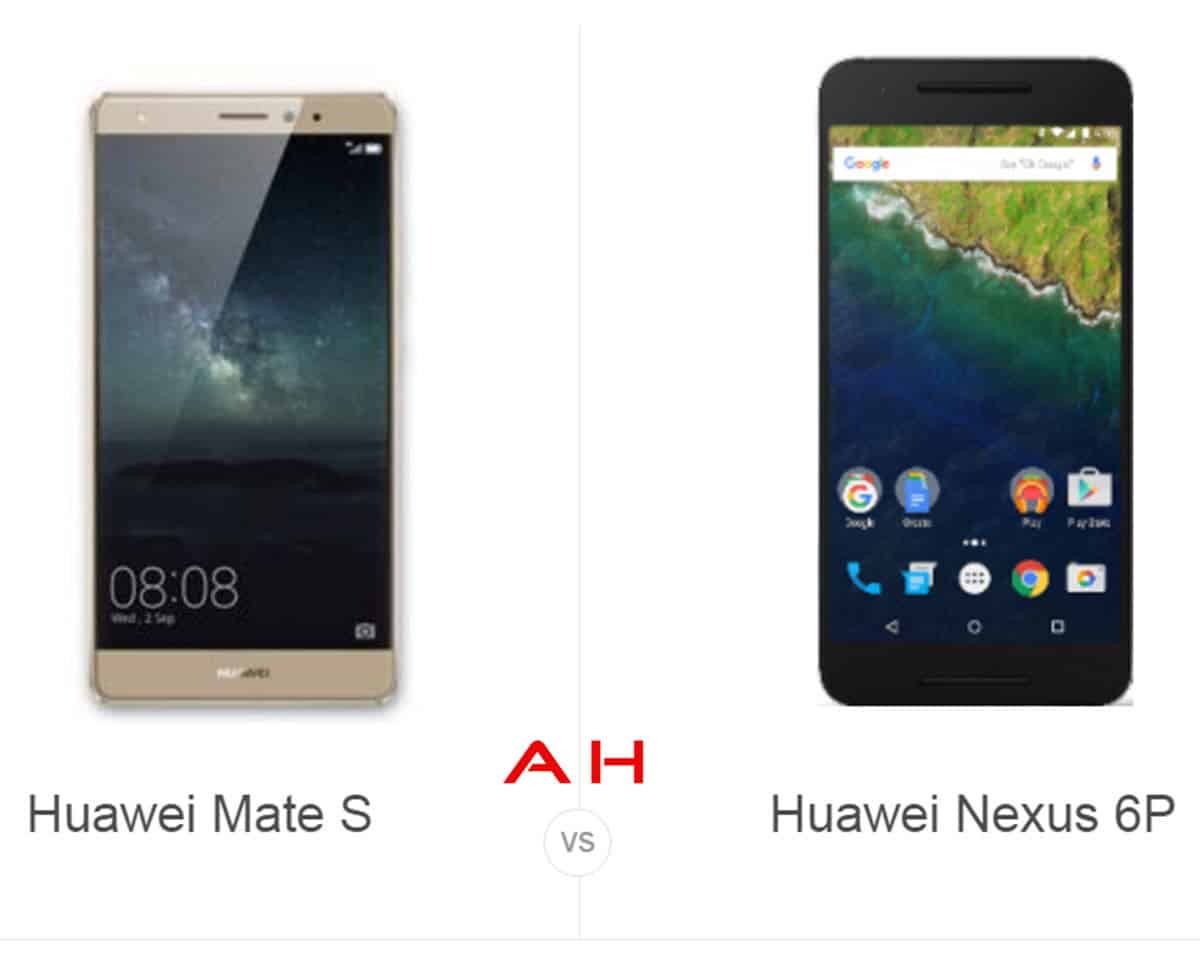 Do we have a good one for you today – the Huawei Mate S versus the Huawei Nexus 6P.  We have Huawei going up against itself, as the Mate S is their new all-metal flagship, replacing the Ascend Mate 7, goes up against the new Huawei all-metal Nexus 7.  Which one of these fine devices will win this specification comparison?  Did Huawei out-spec their flagship by producing the Nexus 6P?  Both devices are beautiful devices – well built and both are out of metal.  Let’s take a quick look at what these two devices have in common before we start looking at each device individually.

The Huawei Mate S and the Nexus 6P have similar sized AMOLED displays – the Mate S is 5.5-inches and the Nexus 6P sports a 5.7-inch display, although they each use a different resolution.  Both devices use an octa-core processor, although different brands.  They both have 3GB of DDR4 RAM and offer models with 32GB internal memory.  The main cameras are very close in size (13MP vs 12.3MP) and they both use an 8MP front-facing camera (FFC) for selfies or video chatting.  Both smartphones have a non-removable battery, although the 3450mAh size in the Nexus 6P is larger than the 2700mAh in the Mate S and both devices sport a fingerprint sensor.

Huawei’s latest high-end Mate S is made out of metal with an optional variant in the future with a ‘Force Touch’ display – they all come with Huawei’s ‘Knuckle Sense 2.0,’ which can offer up all sorts of shortcut gestures for you to take advantage.  It is available in Titanium Grey and Mystic Champagne and is a solid device with a slightly smaller display than the Ascend Mate 7, it replaces.

The Huawei Mate S sports a 5.5-inch AMOLED display, but only a FHD resolution of 1920 x 1080 pixels and 401 PPI, whereas the Nexus 6P also uses an AMOLED display, but the QHD technology with 518 PPI.  The Mate S uses a 64-bit HiSilicone Kirin 935 octa-core processor with four cores clocked at 1.5 GHz and four cores at 2.2 GHz and a Mali-T628 MP4 GPU.  The Nexus 6P uses a more ‘traditional’ 64-bit Snapdragon 810 v2.1 octa-core processor and an Adreno 430 GPU.  Both devices pack 3GB of DDR4 RAM and the Mates S has 32GB of internal storage and the Nexus 6P has options of 32GB, 64GB or 128GB – the Mate S offers expansion via a microSD card slot and the Nexus 6P offers no external expansion.

The Huawei Nexus 6P is high-end and is a beautifully designed and well-built device.  It has an all-metal unibody construction and is available in three colors – Aluminum, Graphite or Frost.  It is a larger, 5.7-inch device, but Huawei worked hard to keep the design as narrow as possible, making it comfortable to hold in one hand.

The Nexus 6P comes with a Samsung made AMOLED QHD display that measures 5.7-inches with a resolution of 2560 x 1440 and 518 PPI.  This compares to the 5.5-inch AMOLED FHD display on the on the Mate S with 401 PPI.  Huawei decided to go with the 64-bit Qualcomm Snapdragon 810 octa-core processor, v2.1 for the Nexus 6P.  It has four cores clocked at 1.55GHz and four cores clocked at 2.0GHz.  For their Mate S, Huawei used a homegrown HiSilicon Kirin 935 octa-core processor.  The Nexus 6P has 3GB of DDR4 RAM and 32GB, 64GB or 128GB of internal memory.  The Mate S also has 3GB of DDR4 RAM and 32GB of internal memory – however, the Nexus 6P has no room for external expansion and the Mate S does offer up a microSD card slot.

The camera on the Nexus 6P was recently rated one of the best by DxOMark with a score of 84, right under the 86 score of the Galaxy S6.  It has a 12.3MP sensor, laser autofocus and dual-tone LED flash, a large 1.55µm pixel size…but no OIS.  This goes up against the Mate S with a 13MP sensor, autofocus, dual-tone LED flash and OIS.  The Nexus 6P and the Mate S use a large 8MP FFC for selfies and video chatting.  The Nexus 6P has a large, 3450mAh non-removable battery that includes rapid charge via its Type-C connector.  The Mate S has a smaller 2700mAh non-removable battery.

The Nexus 6P has a few features not found on the Mate S – It has dual front-facing stereo speakers for great sound and a good location for watching videos or playing games.  It also uses the Type-C reversible microUSB port for faster charging and data transfer.  Last, but certainly not least, it is running pure Android 6.0 Marshmallow and will always get the fastest upgrades possible when new versions come out.  The Nexus 6P will cost you $500 for the 32GB model. 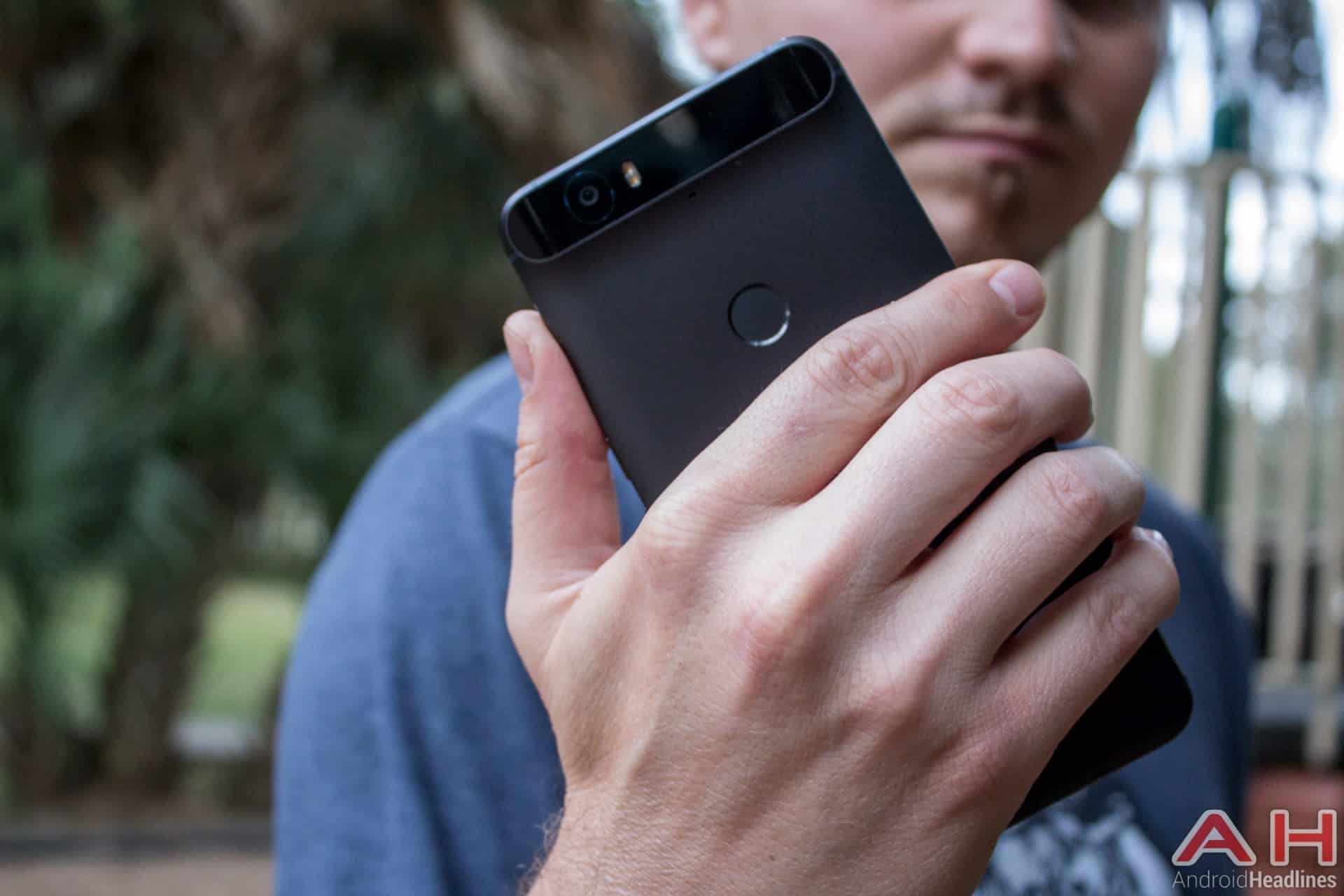 These two devices are so similar it could make this decision a little hard if not for just a couple extra extras on the new Nexus 6P, which I picked as the winner of this comparison.  Starting with the QHD display, moving to the pure vanilla Android 6.0 Marshmallow with the quickest upgrades, dual front-facing stereo speakers, better camera with large, 1.55µm pixels, larger battery and the Type-C reversible plug for quicker charges and data transfer…oh, and only $500.
The Huawei Mate S is a beautiful phone, but even its memory expansion and FM radio cannot overcome its FHD display, lack of Marshmallow, bottom speaker and lesser camera…oh, and only $700.  The pricing makes the Nexus 6P selection a no-brainer, not to mention the fact that the Huawei Mate S is not available in the U.S.
[socialpoll id=”[socialpoll id=”2307382″]