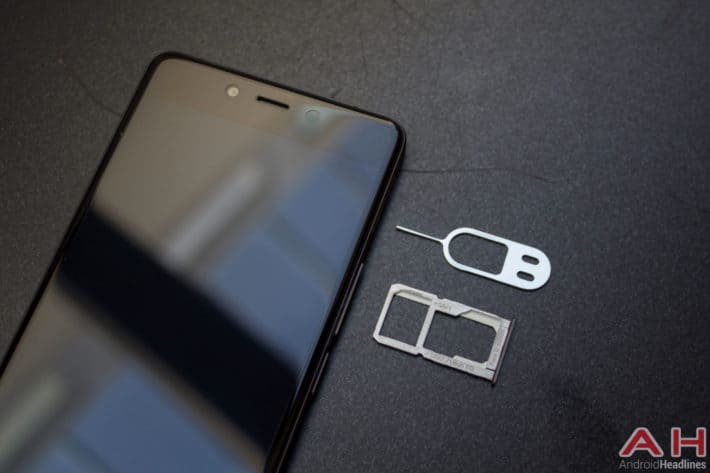 The latest OnePlus phone continues to build the brand in an interesting and cost-effective way.  It comes in a brand new design that looks very little like the OnePlus One or OnePlus 2, yet still retains that classic feel of a OnePlus phone.  It’s solidly build from ceramic or glass depending on which version you choose, and while the first month is going to be invite-only those who have patience to wait for the new year should be able to net one relatively easily if OnePlus is correct in their production numbers.  Of course those not willing to wait can pick one up for a slight premium, but what about compatibility with your network of choice?

There’s been some confusion over which networks the OnePlus X supports and which it doesn’t.  We ran an article not too long ago explaining that the OnePlus X doesn’t support all the bands necessary to deliver the absolute best LTE signal on either T-Mobile or AT&T’s network, and now that we have one in house we’re dual-SIMing it with one T-Mobile and one AT&T SIM card to see which gets the best signal and where.  The results are interesting to say the least and speak volumes about how network topology is built.  I live in a more rural section of Orlando about 45 minutes outside of the downtown city limits, and as such LTE isn’t always an easy thing to come by on every carrier.  T-Mobile has generally delivered the best LTE signal in my area when it comes to GSM carriers but AT&T does have a signal out there, albeit a weak one. 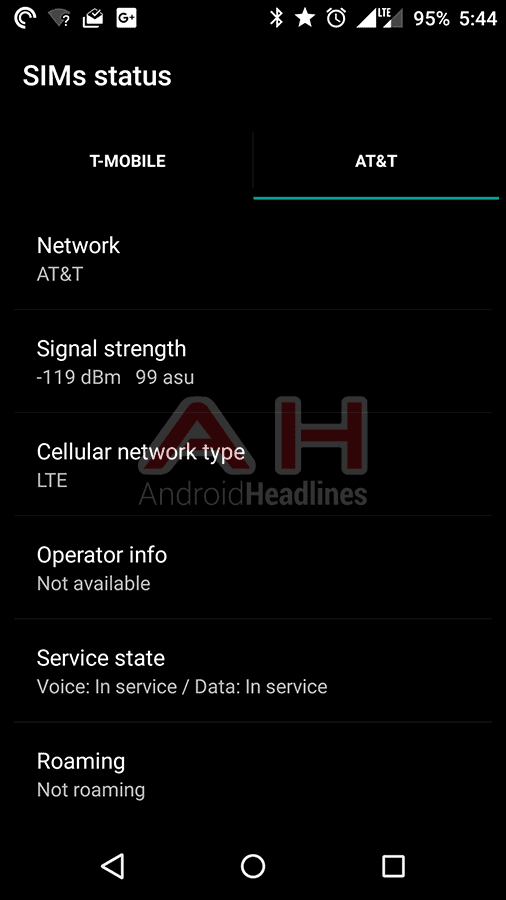 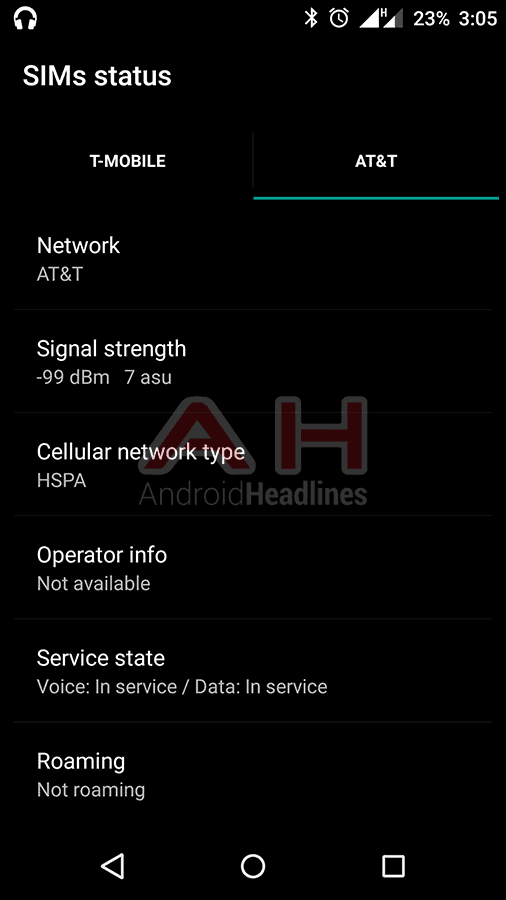 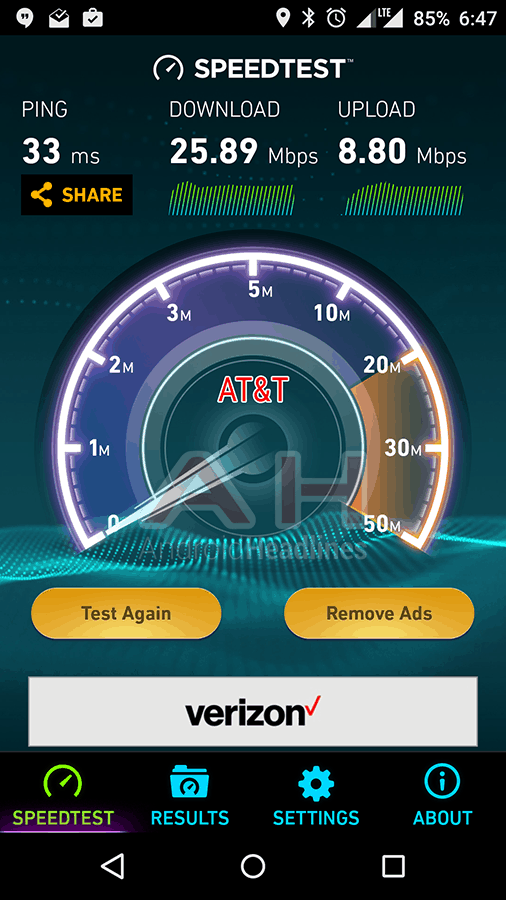 The OnePlus X supports 2 out of the 3 main bands that AT&T uses for LTE yet I got no LTE signal at my house most of the time, however one morning I got a single bar of LTE.  Driving further into Orlando I found that the OnePlus X picked up an LTE signal on AT&T without issue; in fact it was a very strong signal too, although I’ve seen other phones run faster on AT&T’s network.  Network speed relies on a number of factors so this isn’t necessarily always going to be the case, but it’s worth noting that I got less speed on the OnePlus X on AT&T’s network than I’ve seen from other AT&T phones lately like the LG V10.  Elsewhere AT&T’s 3G HSPA signal was the backup for me and wasn’t too bad, but 3G has some pretty heavy latency and AT&T’s 3G network in particular is much slower than AT&T’s, so that may be a deal breaker for some. 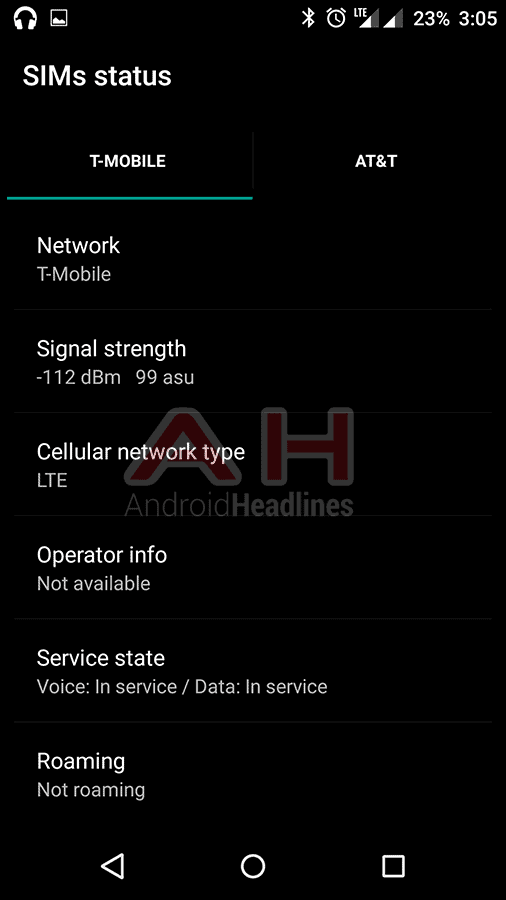 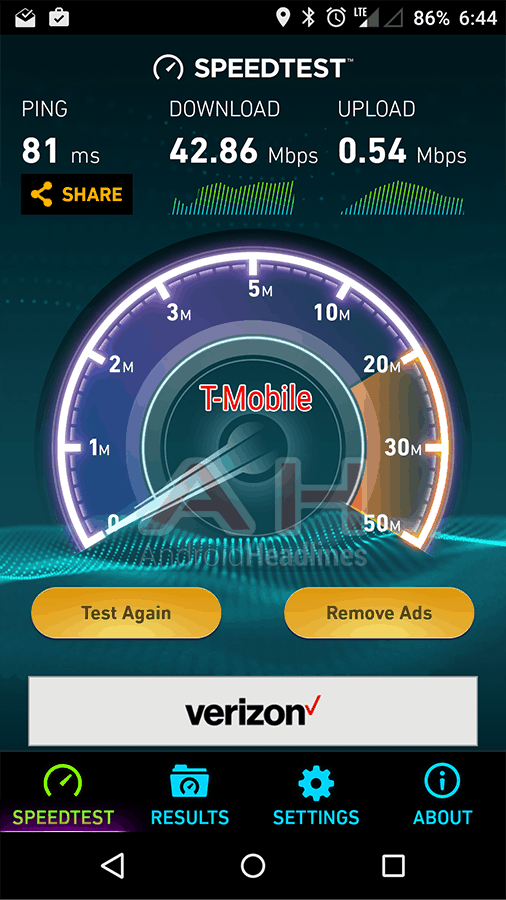 On the T-Mobile side of things I found that while the OnePlus X still only supports 2 out of the 3 main bands on T-Mobile, I got better LTE strength and signal in more places than AT&T.  I also found the general network speed to be consistent with what I expect from T-Mobile’s LTE too, so there’s no discrepancy here as I saw on AT&T when it comes to speed.  All of this shows just how much it might differ depending on where you live simply because of the bands supported.  We saw this in a way with the OnePlus One, which makes sense since that uses the same chipset as the OnePlus X, and band support is dependent upon which version of a chipset an OEM chooses.

In conclusion we’re looking at spotty coverage in some areas and great coverage in others, but overall you’re not going to be getting the absolute best in network coverage with LTE on T-Mobile US or AT&T with the OnePlus X.  That doesn’t mean we’re not still going to recommend the phone though, and honestly with congestion less than ever on 3G networks the 3G HSPA coverage on either network will work just fine for most people, but expecting an LTE signal everywhere you’re going to get one with a more expensive phone just isn’t realistic here.  This isn’t uncommon in the sub-$300 market of phones either, where the majority of phones have zero LTE support in the US as it is.  2 out of 3 certainly isn’t bad and while it isn’t ideal there’s a reason the OnePlus X is less money than the OnePlus 2 or other more feature-rich phones out there.