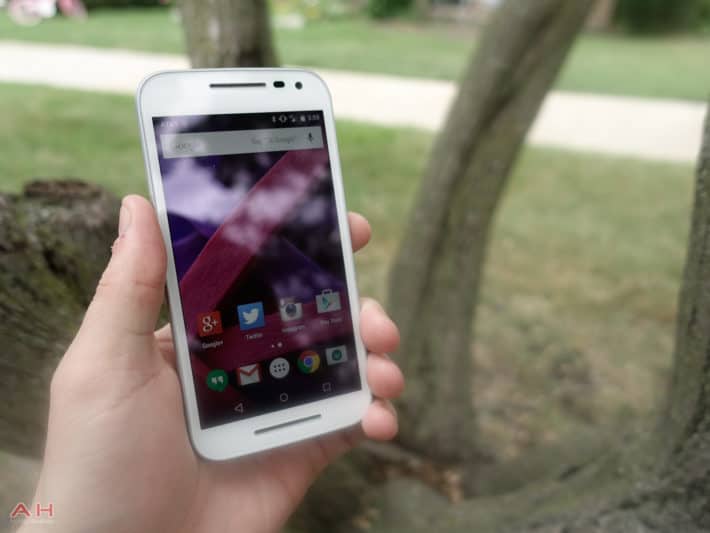 Motorola often releases some enhanced versions of their smartphones in select markets. In the case of last year's Moto G, they released a version with 4G LTE connectivity in some regions including some countries in Europe and Latin America. Today, during an event in Mexico where they presented the Moto X Force, the company surprised everyone with the announcement of a smartphone exclusive for that country called Moto G Turbo Edition. As you might suspect, it is based on the design of the original Moto G, but some of its internals have been improved.

The most significant change comes in terms of the processor powering up this new edition. While the original Moto G has a quad-core Snapdragon 410 processor, the Turbo Edition is powered by an octa-core Snapdragon 615 processor. The rest of the specs remain the same, at least with the ones on the version that includes more RAM and internal storage, as the Turbo Edition includes 2 GB of RAM and 16 GB of internal storage which can be expanded with Micro SD cards. The screen of the phone still measures 5 inches and sports HD resolution, even though a few slides mentioned a higher resolution in the presentation.

The smartphone is rated IP67, making it water and dust resistant. The main camera has a 13-megapixel resolution and the one in the front has a 5-megapixel sensor. It runs a stock-looking version of Android 5.1.1 and it features touches and enhancements from Motorola. They didn't specify the size of the battery, but it features Motorola's Turbo Power, providing up to 8 hours of battery life with just 15 minutes of charging. During the presentation, they showed the Moto G Turbo Edition in a bunch of colors, but it is not clear if users will be able to customize it through Moto Maker. The phone will be available on November 13 as an unlocked device with dual-SIM capabilities and its price is 4669 MXP (about $283). It is still unknown if the phone will be available in additional markets, but an upgraded processor and faster charging seem quite reasonable for the asking price, as the original version of the Moto G with 2 GB of RAM and 16 GB of storage is priced at around $249.