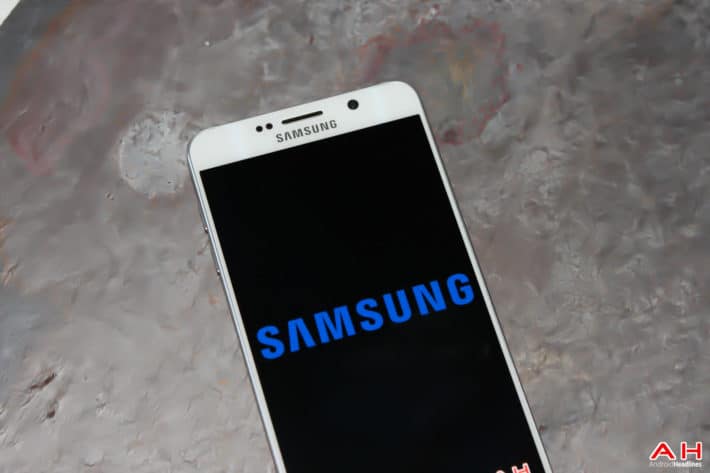 Although the mobile industry has known about Android 6.0 Marshmallow for some time, it has only recently been officially released along with two new Nexus devices. For the 2014 release of Android 5.0 Lollipop, we witnessed a number of manufacturers competing to release the newer version of Android before their competition. This was broadly good for the industry as it meant the new software release and design language was released to customers sooner rather than later, although some manufacturers conceded that they had perhaps rushed the release and have had to subsequently revise and patch the code. Google themselves released five versions of Lollipop with the latest release finally resolving a memory management issue that saw some devices underperform after a relatively brief period of use. Perhaps mindful of the issues experienced with Android Lollipop, the manufacturer release plans for Android Marshmallow are somewhat more subdued.

There are a large number of differences between Android 6.0 and 5.1.1, the latest version of Android Lollipop. Many of these releases are buried under the skin and only a relatively small number are obvious. One is the enhancements to device functions whereby an application must ask the user for permission to access a given hardware function. Another is the improvements made to power management, including a new Doze mode and App Standby, which are designed to reduce battery use when the device is both idle and not being moved. The user interface is very similar although for skinned Android devices, any differences will be up to the manufacturer in question. And today we are bringing you the news of a leaked document showing the release schedule for Android 6.0 Marshmallow for various Samsung devices.

Samsung are preparing their software updates to 6.0 Marshmallow in at least three stages or phases. Phase one sees the Samsung Galaxy Note 5 and S6 Edge+, the latest two devices from Samsung, set to receive the update as early as December. Other phase one devices include the Galaxy S6 and S6 Edge, scheduled for January. The Galaxy Note 4 is earmarked for a February update leaving the final two devices in Samsung's phase one, the Galaxy S5 and Galaxy Alpha, labelled "awaiting technical approval." The same label is given to all of the phase two handsets, which include the Galaxy A3, A5, A7 and A8 plus the Galaxy E5 and E7. The leaked photograph does not detail phase three or a likely timescale but instead suggests that this will start after initial testing. Samsung's strategy of releasing the software update for the latest removed devices first, then for flagship devices over the mid range models, is perfectly understandable and follows the industry norm, but may be frustrating for those customers buying mid-range 2015 models that are not in the list. Given that the company has the intention of releasing an update for two devices every month, which is then subject to carrier delays, it could be some considerable time before we see Marshmallow released for all recent Samsung devices. 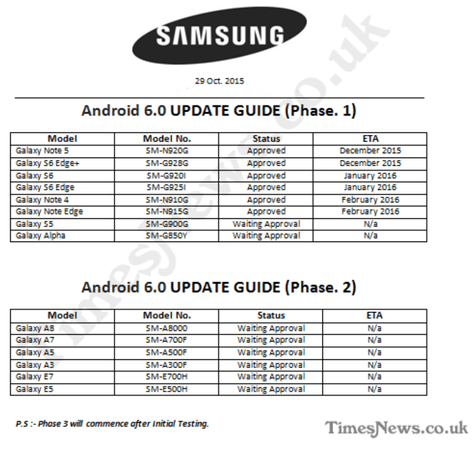