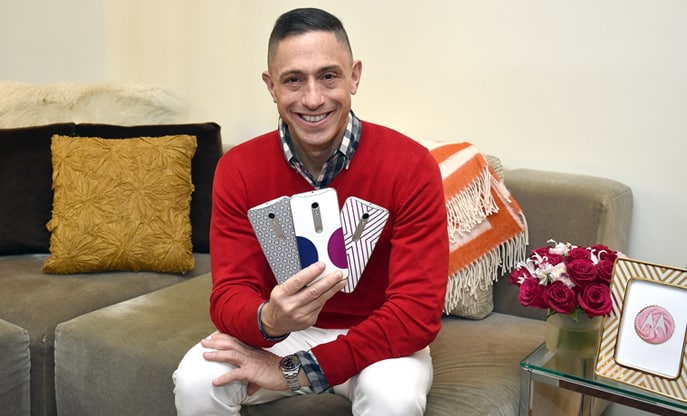 Through a post on its official blog, Lenovo-owned smartphone vendor Motorola has announced that the company will soon be offering at least three limited edition designs of the Moto X Pure Edition, created by designer Jonathan Adler, as part of the company's Moto Maker options. According to Motorola, the limited edition devices will go on pre-order on the 24th of this month, and will be up for grabs from the 3rd of next month. As for the pricing, the new designs would cost about $25 more than the options currently available on Moto Maker, meaning, the new Jonathan Adler-created designs will be up for sale at $474.99 for the 32 GB version of the smartphone. While Motorola has said that these designs will be 'limited edition' offerings, the company refrained from saying exactly how limited the supply of these unique handsets will be.

It was back in September this year that Motorola introduced its premium the Moto X Pure smartphone, which is also known as the Moto X Style globally. The handset features a rather large 5.7-inch IPS LCD capacitive touchscreen display with a resolution of 1440 X 2560 (QHD), which gives it a pixel density of 520 ppi. The device is powered by a Qualcomm MSM8992 Snapdragon 808 chipset, which comes with an integrated hexa-core application processor, with two Cortex-A53 cores clocked at a frequency of 1.8 GHz and four Cortex-A57 cores clocked at 1.44 GHz. The graphics processing needs on the handset is taken care of by the Adreno 418 GPU. The Moto X Style / Pure comes with 3 GB of RAM and either 16, 32 or 64 GB of internal storage, depending on the variant chosen.

Coming to the imaging options on the phablet, the primary camera on the smartphone comes with a 21-megapixel sensor that comes with phase detection autofocus and dual-LED, dual tone flash, and can record 2160p videos at 30 fps. As for the secondary camera, the handset offers a 5-megapixel snapper which also comes with an LED flash for better-lit selfies. The Moto X Pure Edition carries a 3,000 mAh non-removable battery, and features Android 5.1.1 Lollipop as its operating system, although, the device is scheduled to get Marshmallow at some stage in the near future.