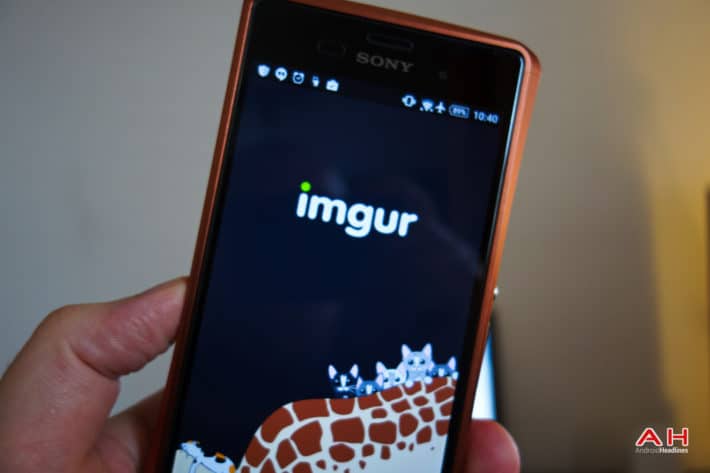 While plenty of people share their favorite pics to places like Facebook, a wide audience range of photo shares happens on imgur, a site dedicated solely to  sharing tons of different pics. Users can vote for their favorites to make sure they find their way to the top of the results lists, thus putting them on the front pages, and some time ago imgur launched an official Android app, following that up with a material design update so they could put the UI in line with Google design guidelines. Now in the latest update they've made the app accessible to those that are using tablets to browse through pics.

This update brings the app forward to version 2.3, and as part of the changes the app now supports Android tablet use, so if you prefer a larger screen for viewing hilarious pictures of cats engaging in funny shenanigans, imgur has heard you plea and has invited you to the party. Aside from now expanding the app support beyond Android smartphones, the imgur app now also has improved GIF support as GIF's are now "better, faster, stronger," which basically means that when users view a GIF they should load faster compared to before, although imgur doesn't so much say this however it seems like the most logical explanation to their meaning.

There doesn't appear to be any visual changes to the app this time around, unless you count the fact that tablet users can now visually see the app for the first time on a tablet screen. The imgur app has plenty of features to offer anyone who is an existing site user or new to imgur altogether, including an upload feature complete with GIF creation, meme creation and more. You can also easily sift through image after image thanks to the organization of topics, and users can upvote stuff they want to add to their favorites, which allows them to go back and see anything they upvoted at a later point in time. If you aren't already using imgur you can grab the app from the button below, and account creation is possible right from within the app too so there's no need to visit the site to do so.