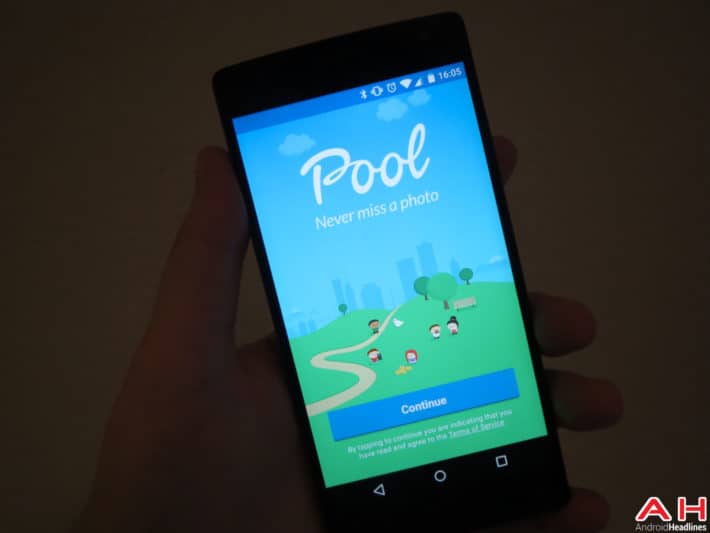 When it comes to photo or image apps, there does not seem to be an app more en vogue right now than Google Photos. This is an app which is gaining considerable attention and headlines recently. In fact, it was only a few weeks ago when Google announced that Photos had already attracted more than 100 million users to the app since its summer arrival. Not to mention, it was only this morning when the latest Google Photos news came through and detailing that a new update was reported to be on the way. One which was bringing with it a number of new features which should prove to be useful additions for the end user. Like the ability to free up space on your device.

Well, Photos is not the only image and photo app currently available and if you are looking for something a little newer to take for a spin, then it is worth knowing that MediaFire has released a new app to the Play Store which is called 'Pool'. This is one of those apps in which the name is extremely descriptive of what you can expect from the app. Essentially, Pool looks to pool together images between you and your friends. So if you take images of an event or gathering for instance, the app will be able to group the images together and then offer the opportunity to send them all at once to any and all contacts that you choose.

The big selling point here is that the app allows you and your friends to more easily group all your same-event pictures together into one communal collection. However, it is an app which seems to leave the control in the hands of the user. So you can choose which images from the collection you want to share and which you do not. As can your friends and family. Not to mention, none of the images are actually stored anywhere by the company. Instead they are only shared directly with the contacts you have selected. The app is available now from the Play Store and is free to download. Click the link below to find out more or download the app.