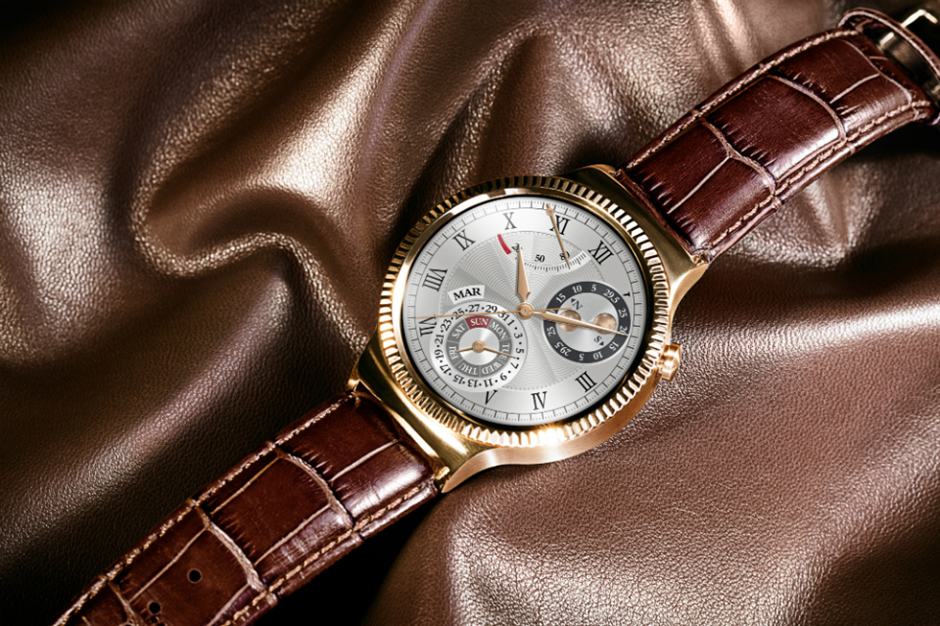 The Huawei Watch is one of the best-looking smartwatches out there. The smartwatch features a circular display with a resolution of 400 x 400 pixels, making it one of the highest resolution displays on a device running Android Wear. The screen is protected by Sapphire glass and the case of the watch is made with stainless steel. Its internals are not too bad either, even though it was announced a few months ago and in spite of only recently being released. The watch includes many sensors to monitor fitness-related activities including a heart rate monitor. Connectivity options include Bluetooth and WiFi, although it doesn't feature a GPS receiver.

Color options for the Huawei Watch include silver and black, and now, the company has communicated that the Rose Gold color option is available to purchase for those looking for an extra touch of luxury, as it features real gold. The stainless steel case has been plated with 22K rose gold and the bezel surrounding the screen features a coin-edge texture. The strap is made with alligator leather in brown to complement the looks of the watch. This version can be purchased for $699 on Huawei's website and there's another version that features a 22K Rose Gold plated stainless steel link band priced at $799, but it will be available later on.

Even though the specs don't mention it, the teardown treatment of this watch revealed that the Huawei Watch includes a speaker, and it might be used after the version of Android Wear gets updated as the most recent version based on Android Marshmallow has support for speakers. Right now, there are a lot of smartwatches to choose from, some of them are made by companies that have been making traditional luxury watches for a long time and some others are made by tech companies that feature better specs and these companies have been focusing on offering better designs. Still, the Huawei Watch is a solid offering and provides a compelling experience, combining a good industrial design and powerful internals that make the software run well. This watch is compatible with Android 4.3 and newer versions and even with iOS devices, with a more recent version than iOS 8.2 that is.