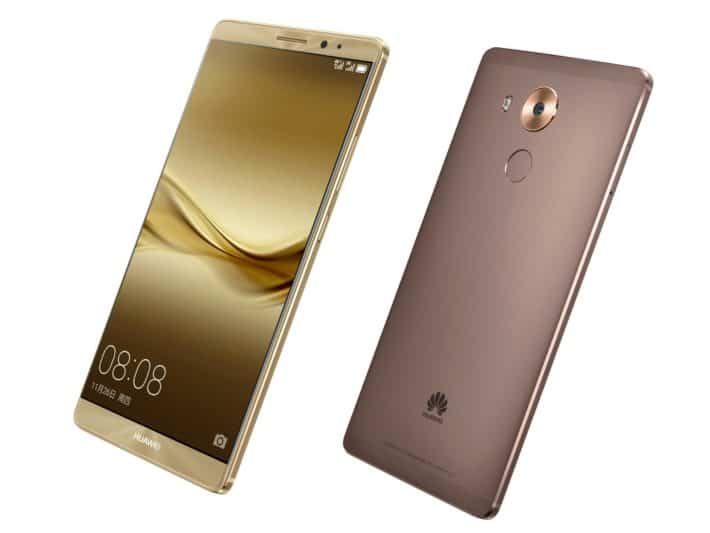 Huawei has held a press conference in China today, and as expected, the company has unveiled their long-awaited Mate 8 flagship phablet. That's not the only thing they announced though, Huawei has also announced the arrival of the Huawei Watch to China as well. Now, we've covered both the Mate 8 and Huawei Watch announcements, and are here to talk more about the Mate 8 pricing considering we didn't have any info regarding that until now, read on.

The Huawei Mate 8 is a premium product no matter which way you look at it. We didn't expect it to be cheap, not by any stretch of the imagination. That being said, the 3GB of RAM variant of this phablet is priced at 2,999 Yuan ($470) in China, which is also the most affordable model. The 4GB of RAM variant with 64GB of internal storage costs 3,699 Yuan ($579), while the most expensive 4GB RAM + 128GB of native storage variant will set you back 4,399 Yuan ($689) should you choose to buy it. Those of you who live in China and are interested in getting both the Huawei Mate 8 and the Huawei Watch, the company has a special offer for you. Huawei is offering the most expensive variant of Mate 8, and a Huawei Watch with a steel strap for 6,888 Yuan ($1078). Now, this is not much of a discount considering you'll save up only 100 Yuan ($16), but if you're interested in both, there you have it. The Huawei Mate 8 will be available in China starting in Q1 2016, Huawei did not provide a specific release date.

The Huawei Mate 8 features a 6-inch fullHD (1920 x 1080) IPS LCD display, 3/4GB of RAM and 32/64/128GB of internal storage. The device is powered by the Kirin 950 64-bit octa-core processor, and a 4,000mAh battery is available on the inside. The 16-megapixel OIS shooter is located on the back of the Mate 8, and an 8-megapixel snapper can be found up front. Android 6.0 Marshmallow comes pre-installed here with Huawei's Emotion UI (EMUI) 4.0 on top of it. This is a dual-SIM handset which offers microSD card expansion, and 4G LTE connectivity is also available here. The phablet will be available in Champagne Gold, Moonlight Silver, Space Gray, and Mocha Brown color options, in case you were wondering. That's pretty much it, stay tuned for additional info. 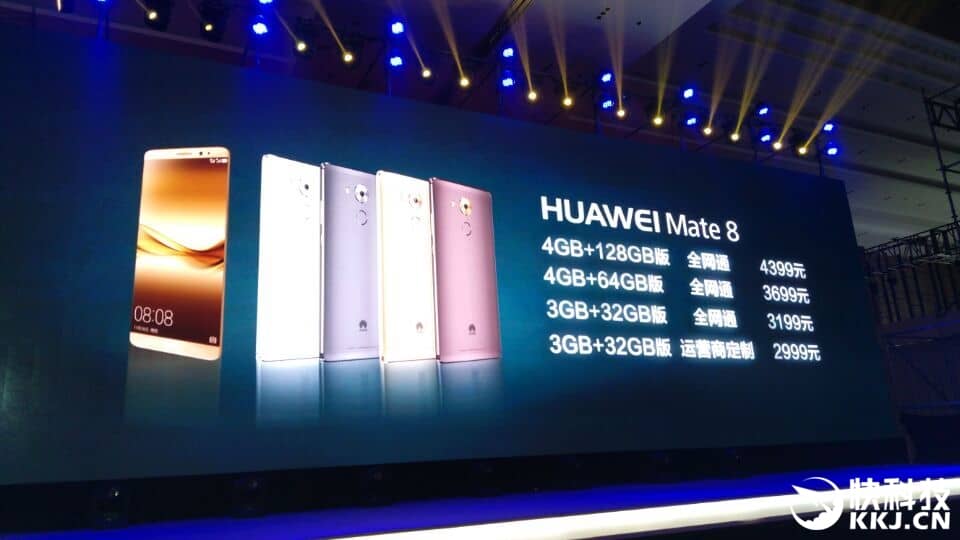