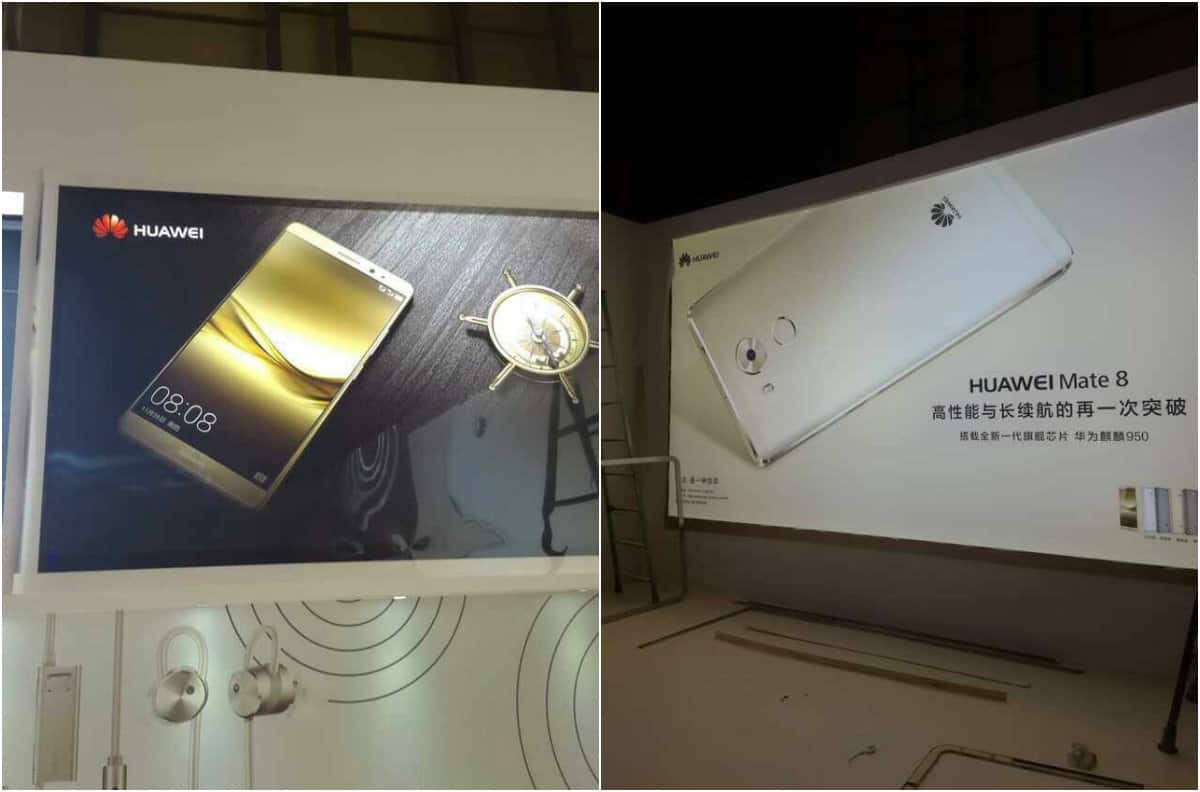 Huawei has had a great year in terms of finances. This company's profits have risen quite a bit, and they're now 3rd largest smartphone manufacturer in the world in terms of market share. Huawei has introduced a number of compelling handsets this year, including the Huawei Nexus 6P which has been well received by both tech bloggers and the general community. That being said, Huawei has announced a while back that they'll unveil their flagship phablet tomorrow, the Mate 8. Well, we've seen a number of leaks and rumors regarding this device thus far, and a new one just popped up, read on.

The Huawei Mate 8 leaked yesterday, a number of renders surfaced and basically revealed the final design of Huawei's new phablet. Well, two new images leaked today, and this time around we get to see what seems to be a part of Huawei's presentation material. The design goes hand-in-hand with what we've seen yesterday, and everything seems to be ready for the big event tomorrow. Stay tuned for that, we'll let you know as soon as Huawei announces this phablet.

That being said, let's take a look at the Mate 8's leaked specs, shall we. The Huawei Mate 8 is said to sport a 6-inch 1080p (1920 x 1080) 'Force Touch' display along with 3/4GB of RAM and more than one internal storage variant. The phablet is powered by the all-new Kirin 950 64-bit octa-core processor clocked at 2.2GHz along with a Mali-T880 GPU for graphics. The 16 or 20-megapixel camera will be located on the back of the Mate 8, and an 8-megapixel shooter will be available up front. The leaks are also claiming that you'll be able to expand this handset's internal storage via a microSD card.

One of the earlier reports claimed that Huawei intends to release both the 1080p and QHD variant of this phone, and that the QHD variant will ship with 4GB of RAM. Well, we're still not sure how legit that info is considering Huawei doesn't really think QHD displays are necessary when it comes to smartphones / phablets. Either way, the launch event will take place tomorrow, when everything will be revealed, stay tuned.