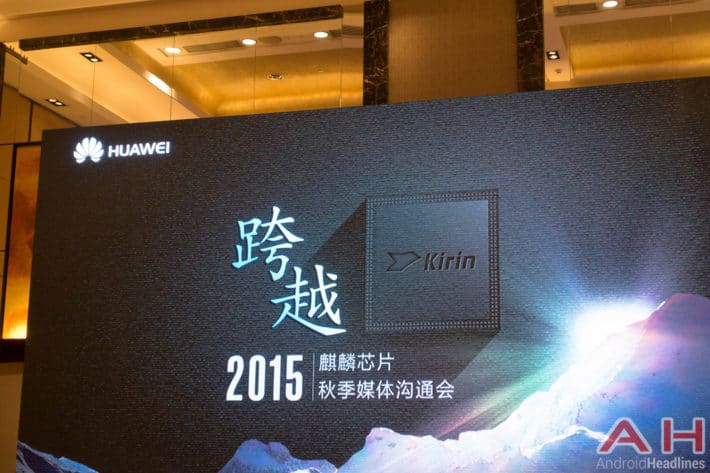 Huawei has just announced their next-generation processor in the Kirin 950 here in Beijing. Additionally, Huawei announced that in the last two years they have sold over 15 million Kirin-powered smartphones. Showing that Kirin is a pretty popular chipset, considering it’s only in phones sold in Asia and Europe for the company (US-based models use Qualcomm’s chips). These smartphones include the Huawei Mate 7, Mate S, P8, P8 Lite (non-US model), P8 Max and many others. Huawei touts that they have the highest average download speed as well, according to the CMCC. Kirin chipsets are also made for 4G+ networks and in China more than half of the 4G+ handsets are powered by a Kirin chipset. The Kirin 920 and 930 chipsets use 4G+ which were in the Honor 6 and P8. Kirin started supporting 4G, then 4G+ and now the next step is VoLTE. Huawei says that their Kirin chipsets are ready for VoLTE. The Kirin 950 will be the first chipset to receive the CMCC VoLTE certification.

Here we’re looking at a quad-core Cortex-A72 2.3GHz along with a quad-core Cortex-A53 clocked at 1.8GHz. Kirin 950’s GPU is the Mali T880 GPU. Built on a 16nm FF+ process. The Kirin 950 is also the first commercial 16FF+ mobile SoC on the market. Huawei claims that performance is increased by 40% and power consumption reduced by 60%. The Cortex-A72 cores in the Kirin 950 provide an 11% performance increase over the Cortex-A57 cores. Huawei also is the first to use the ARM Mali T880 GPU commercially. Compared to the Kirin 930, it’s graphic computing power has increased 100% and it’s GFLOPS increased 100% as well. The Kirin 950 also supports LTE Cat. 6 with its new modem, so you’ll definitely have a future-proof smartphone, with the Kirin 950 inside.

Processors can always be fast, but can the user feel the speed? Huawei believes so, with the Kirin 950. Startup speeds for apps are said to be much faster, as well as sliding down from the notification pull down is improved. From tapping an app to start the app, to the app drawing and app animation, the entire process has gotten faster, compared to previous Kirin chipsets as well as compared to other competing chipsets. Start up times for apps have gone from 666ms to around 466ms. Not a huge difference in the real world, but still noticeable. These numbers came from using the Youku app, which is a popular video app here in China. Huawei also says during their testing, the power consumption was able to bring about 10 more hours of battery life to users, that’s about 2 days of battery life.

Huawei has improved the camera features in the Kirin 950. Huawei admitted that in the past their chipsets have not been that strong in terms of camera features and photography. With the Kirin 950, the camera will be able to launch faster, along with a much faster focus. The SoC also adapts to different scenes and visual noise reduction. Panorama shooting is also included in the Kirin 950 chipset now. The Kirin 950 also has a dedicated DSP. Huawei compared the Kirin 950 to the iPhone 6S, and it’s clear that the pictures bring in more light, but without much noise. Especially important in low-light scenarios. There is also a 4K video decoder at H.265 codec.

The Kirin 950 chipset benchmarks at around 82,945 on AnTuTu. Of course that’s subjective, and depends on what’s running in the background, or open. However, that is significantly faster than most of the other recent flagship smartphones running on flagship or high-end processors, including MediaTek’s Helio X10, the Samsung Exynos 7420 or even the Qualcomm Snapdragon 820. Currently the Kirin 950 is not available in a smartphone, but we should have one announced soon. 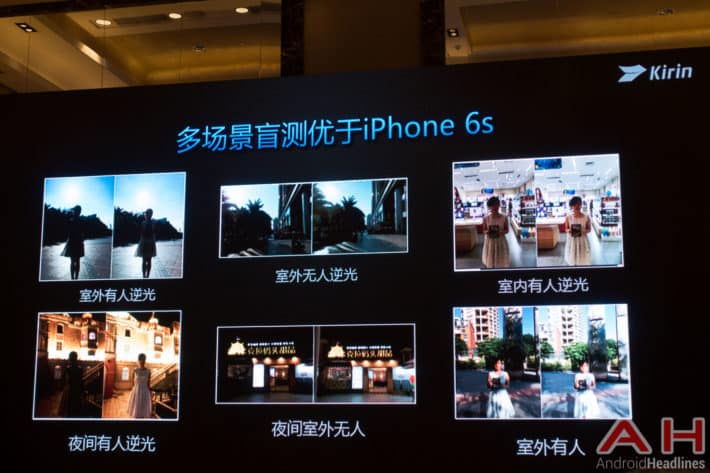 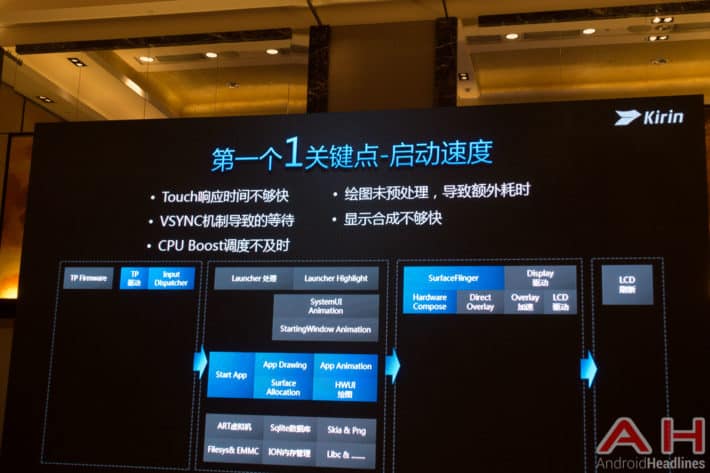 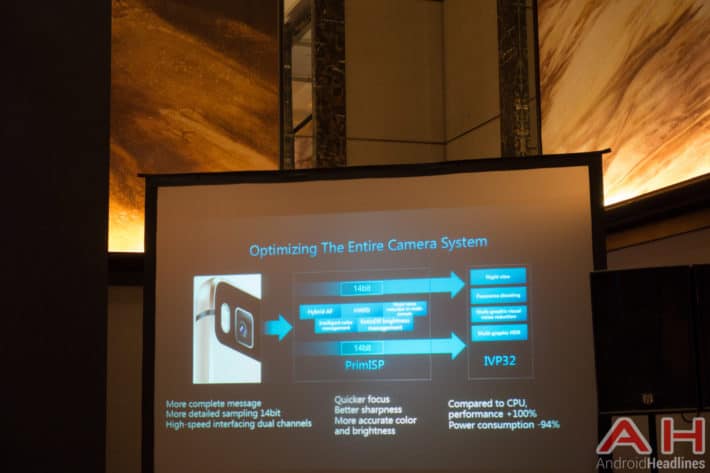 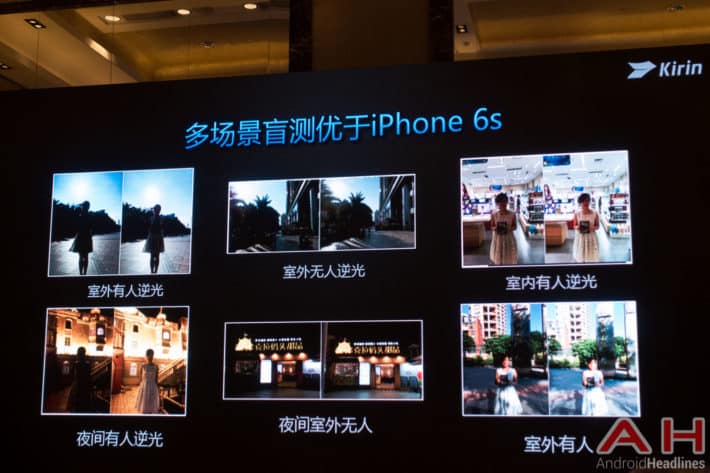 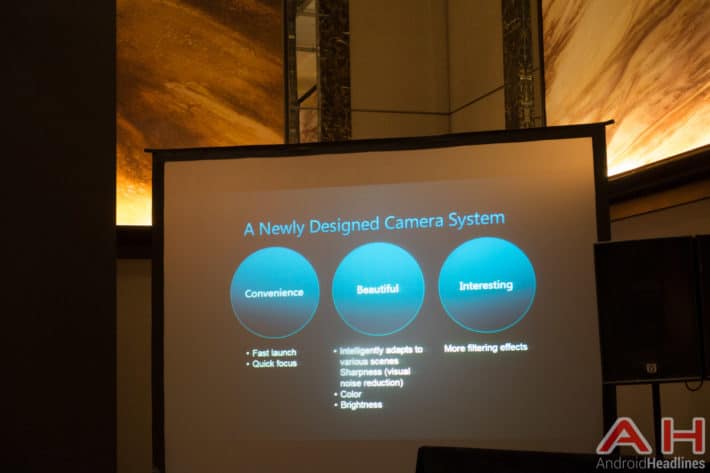 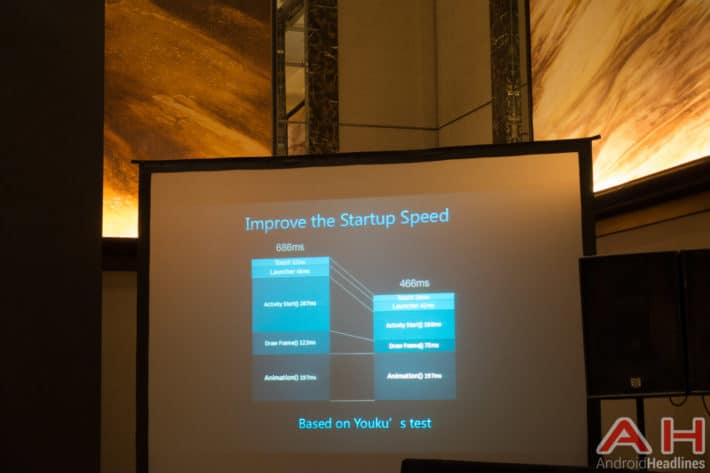 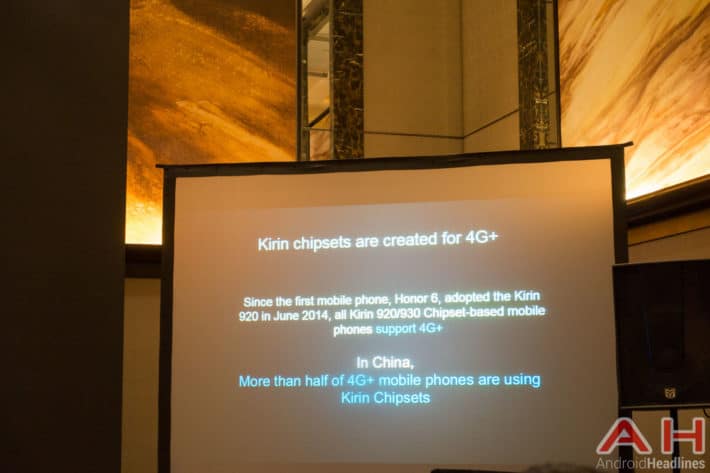 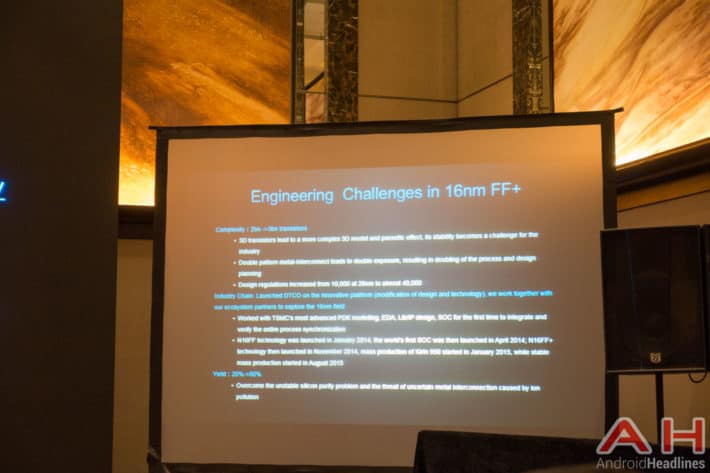 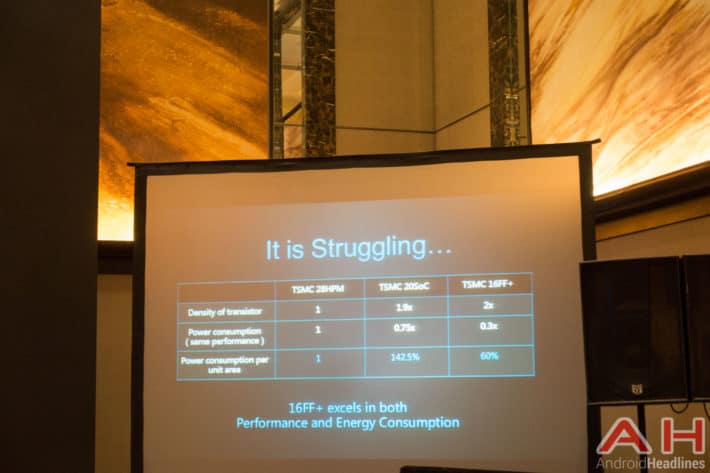 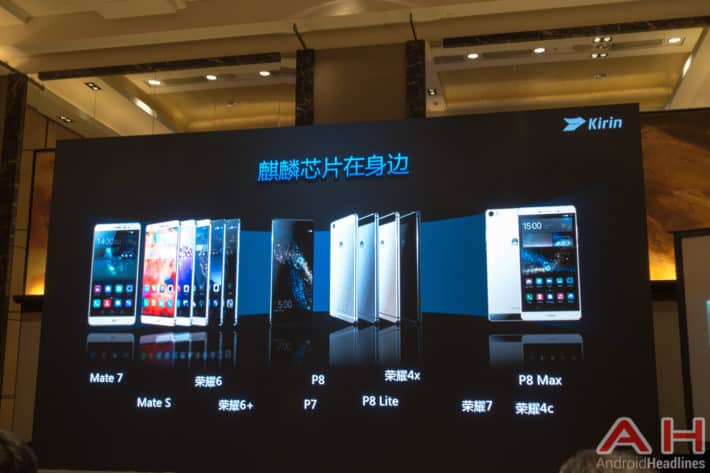 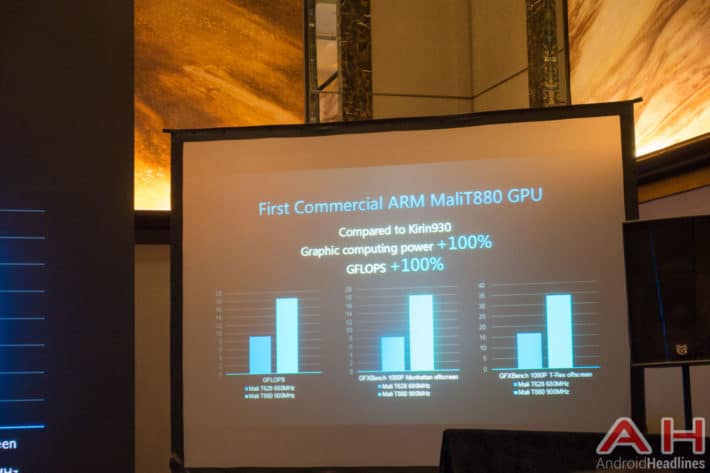 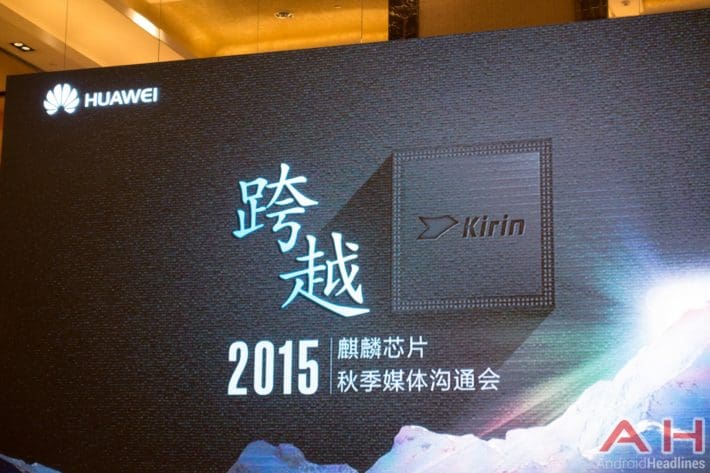 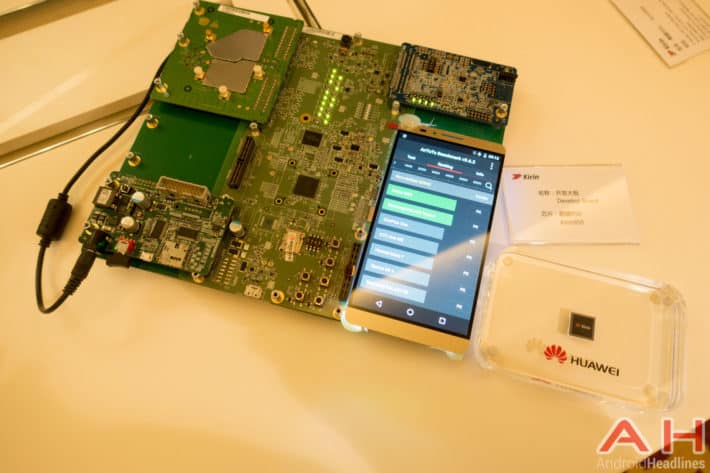 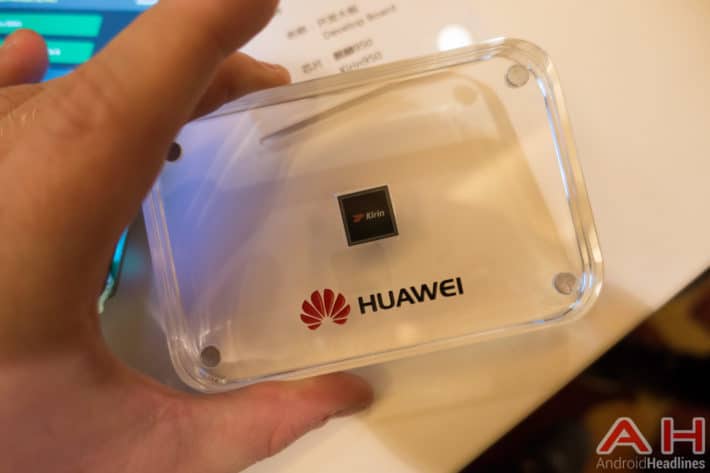 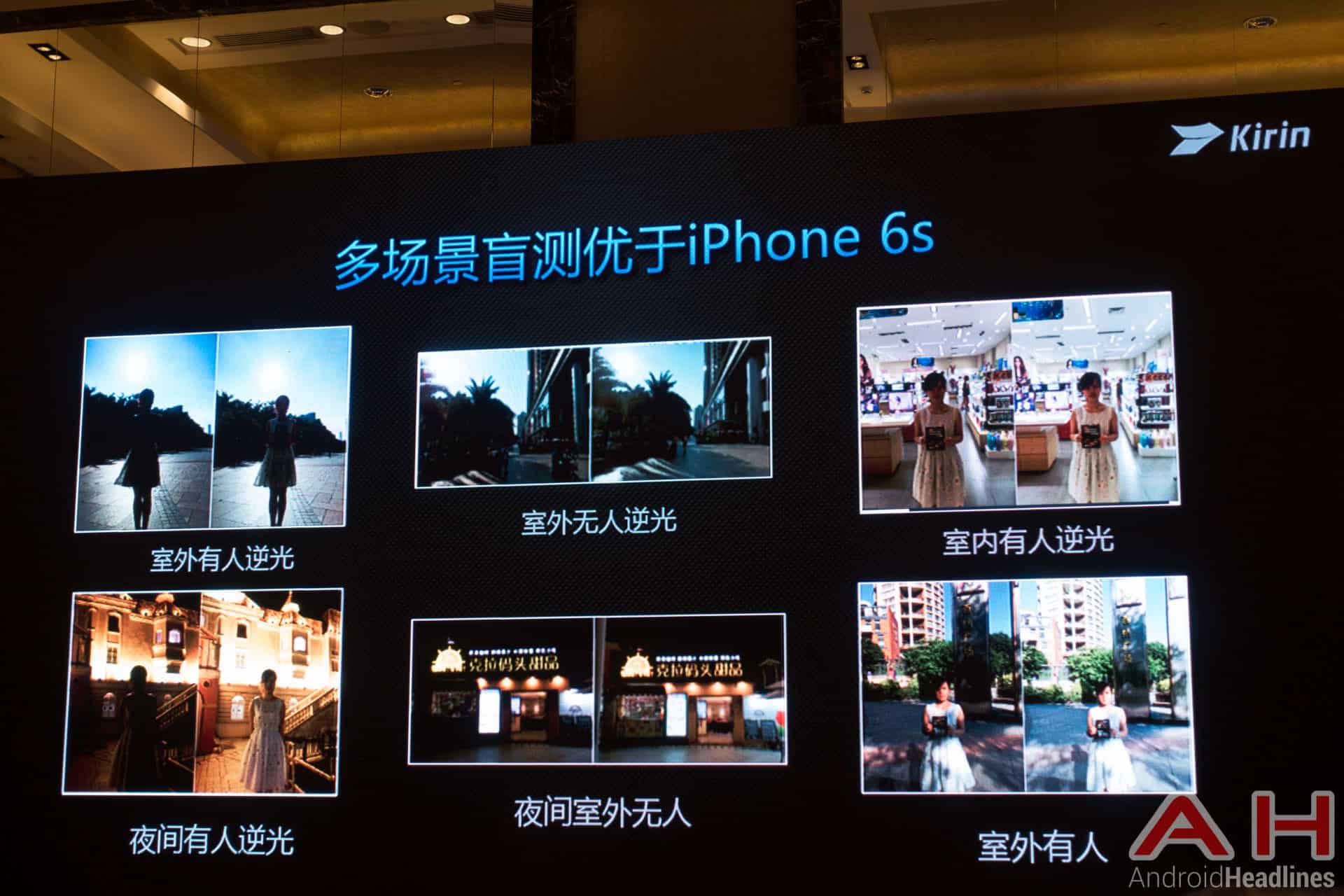 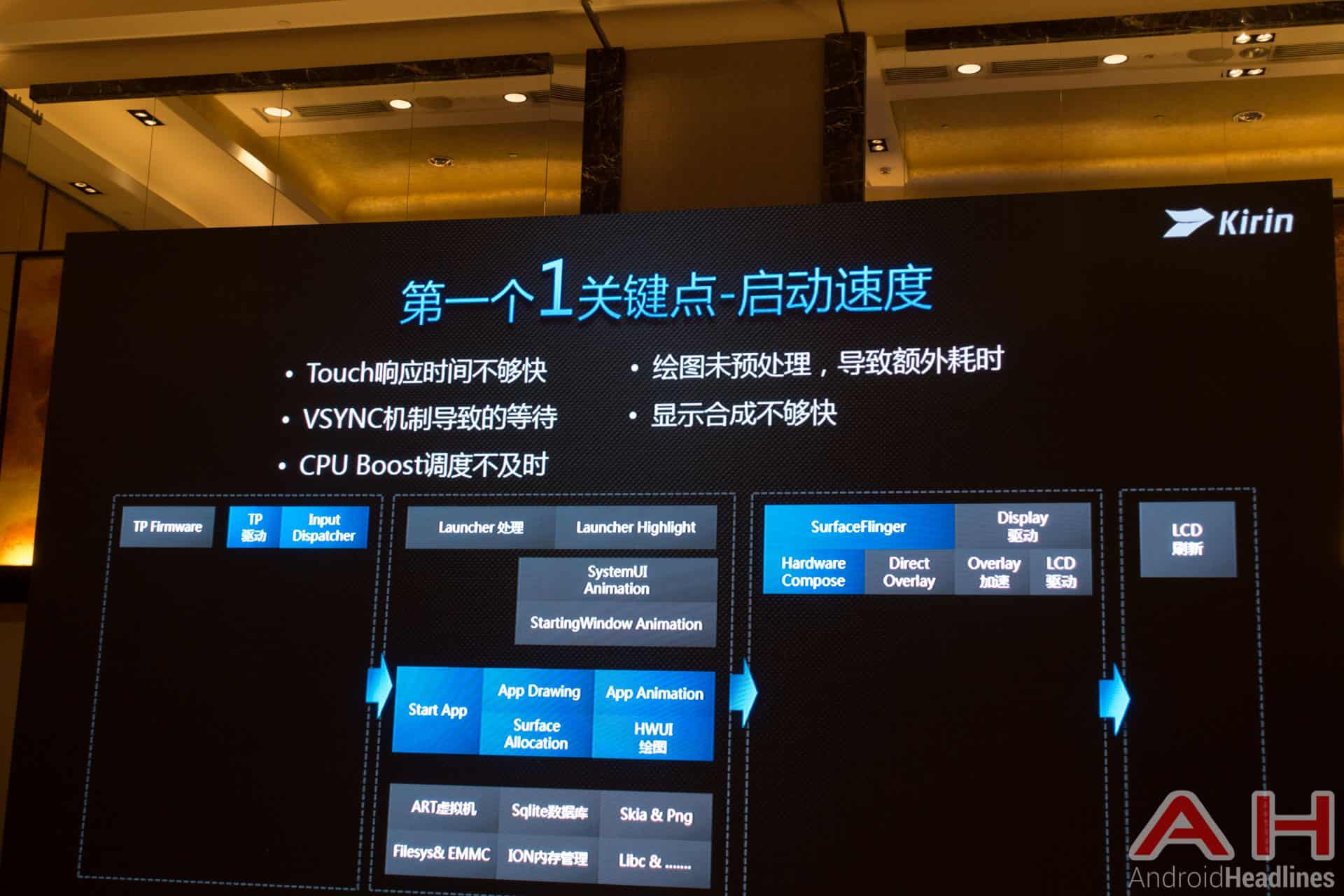 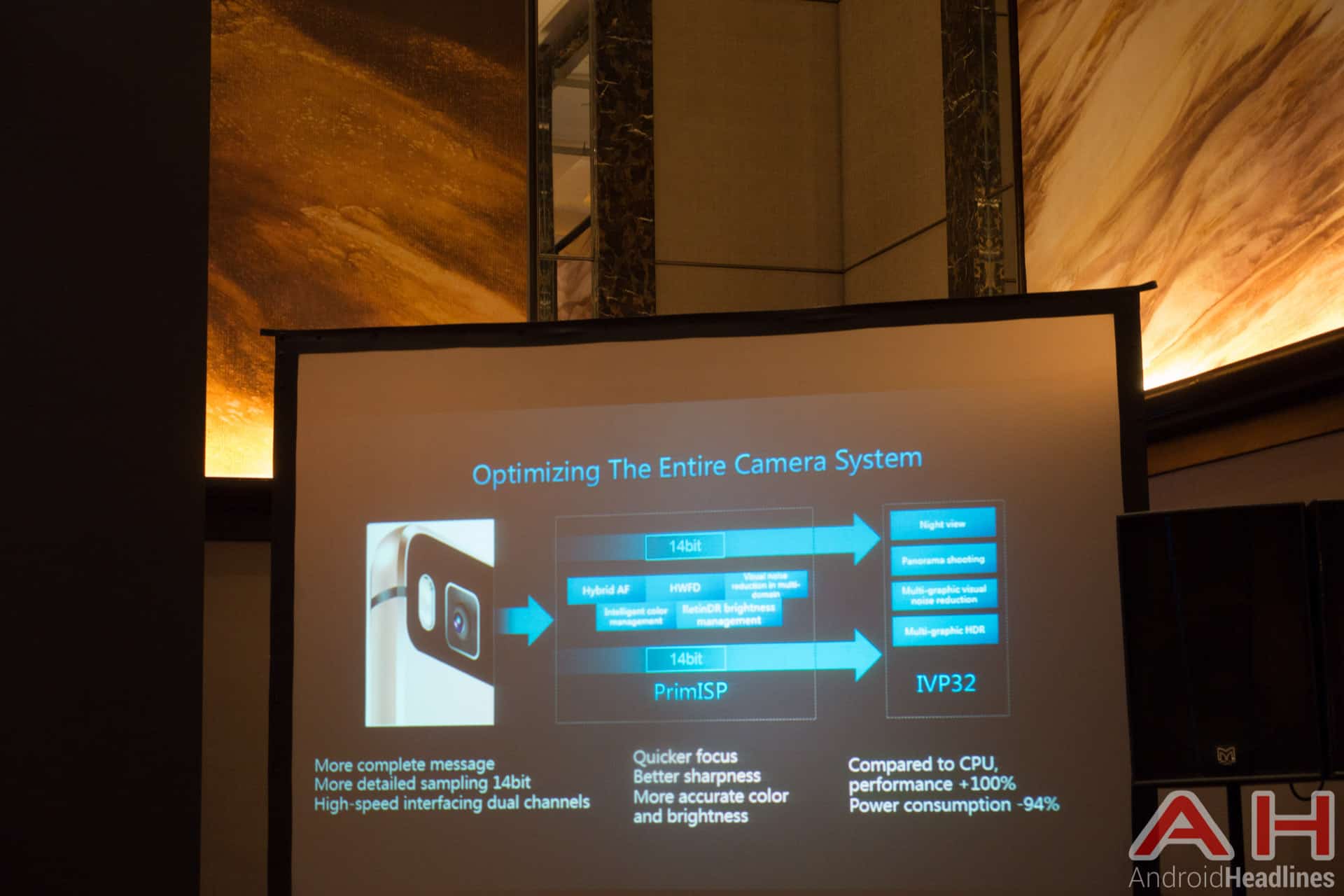 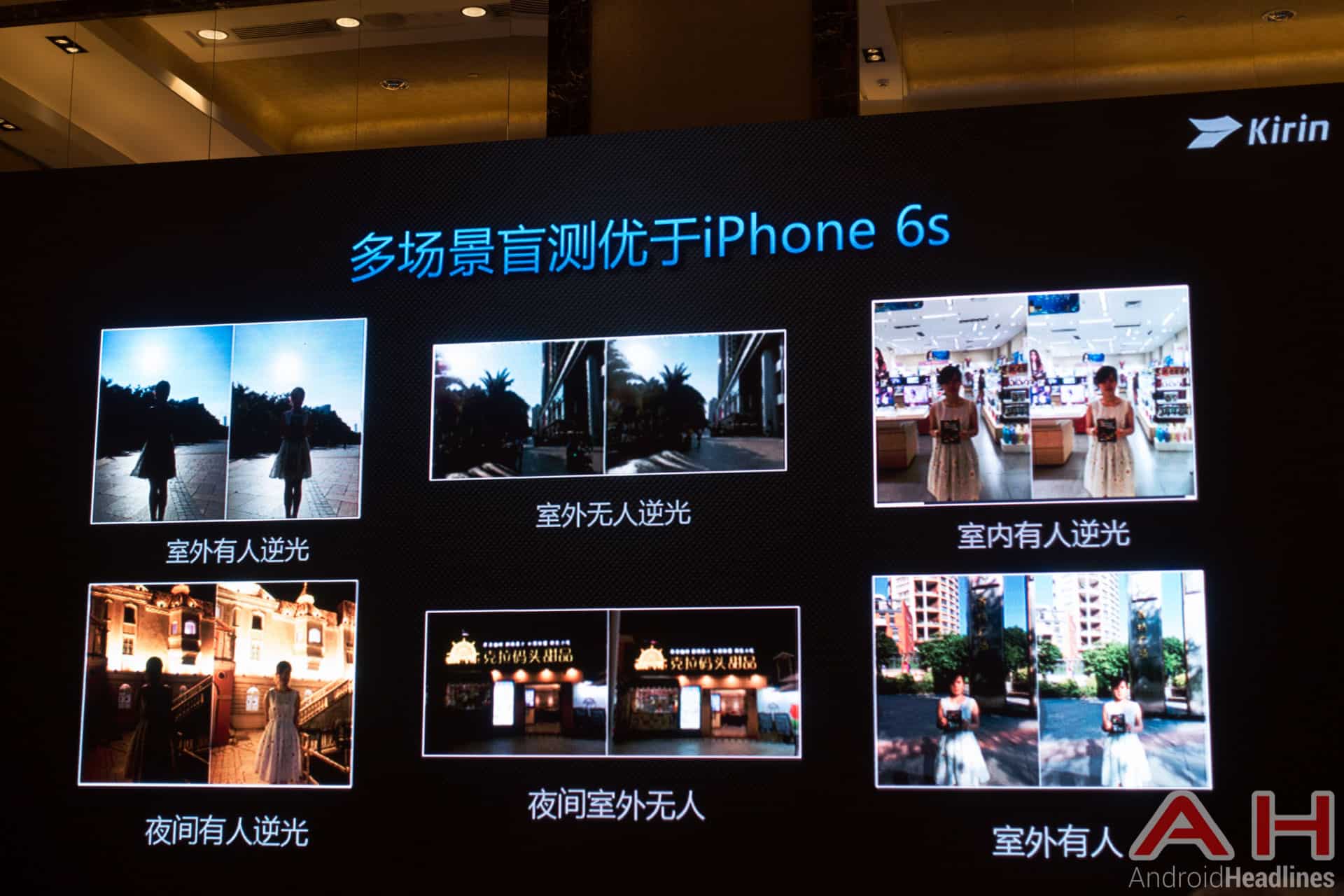 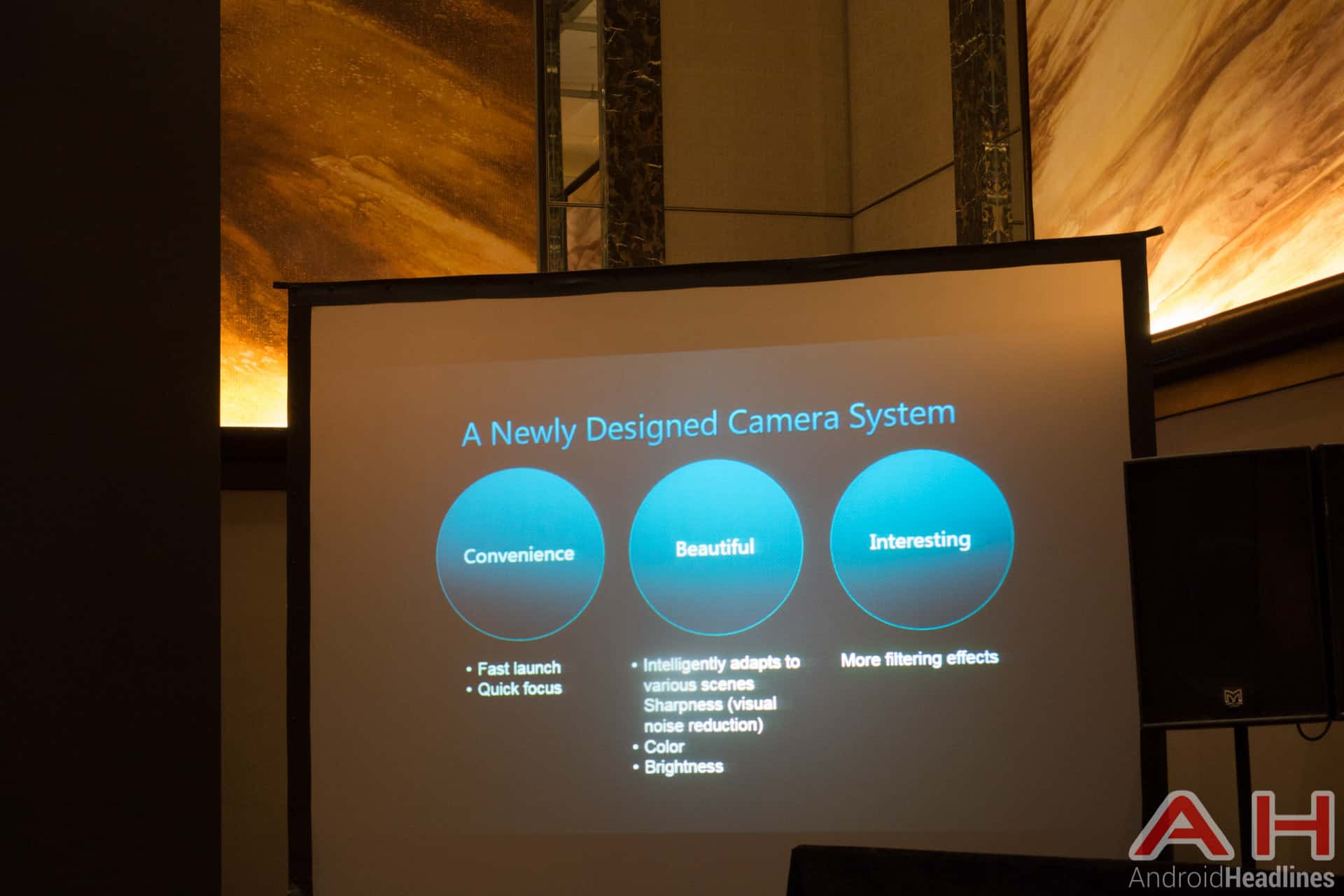 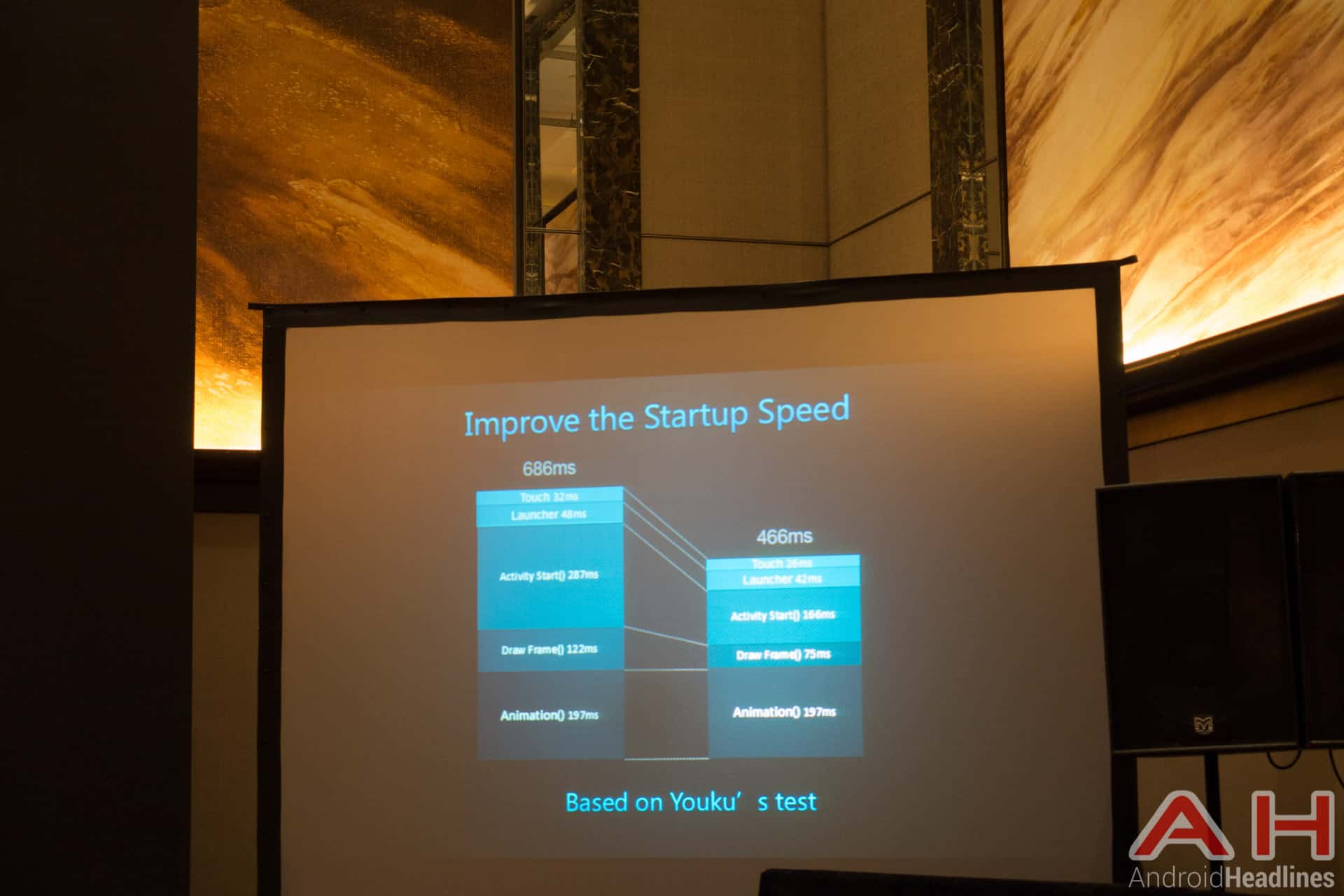 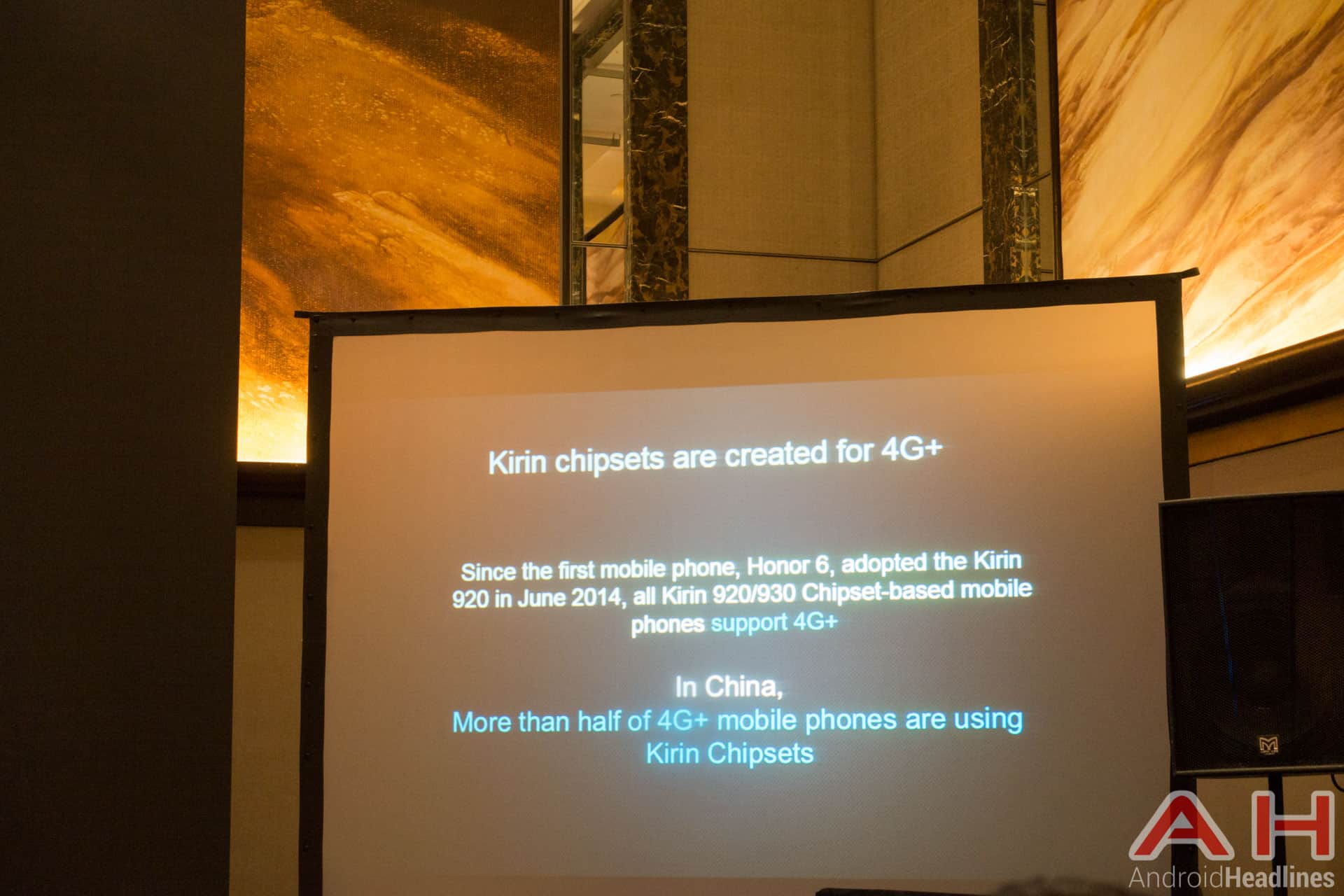 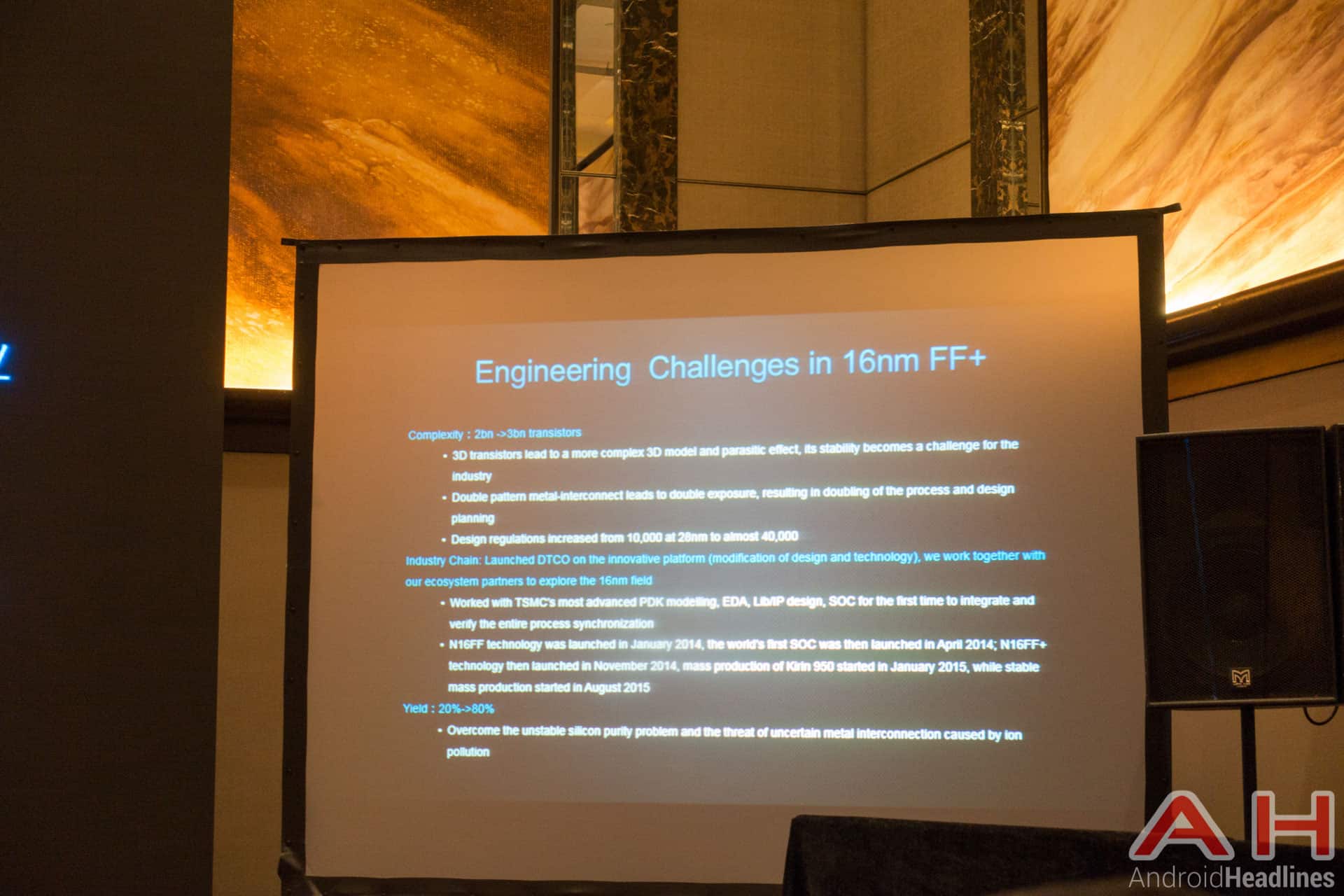 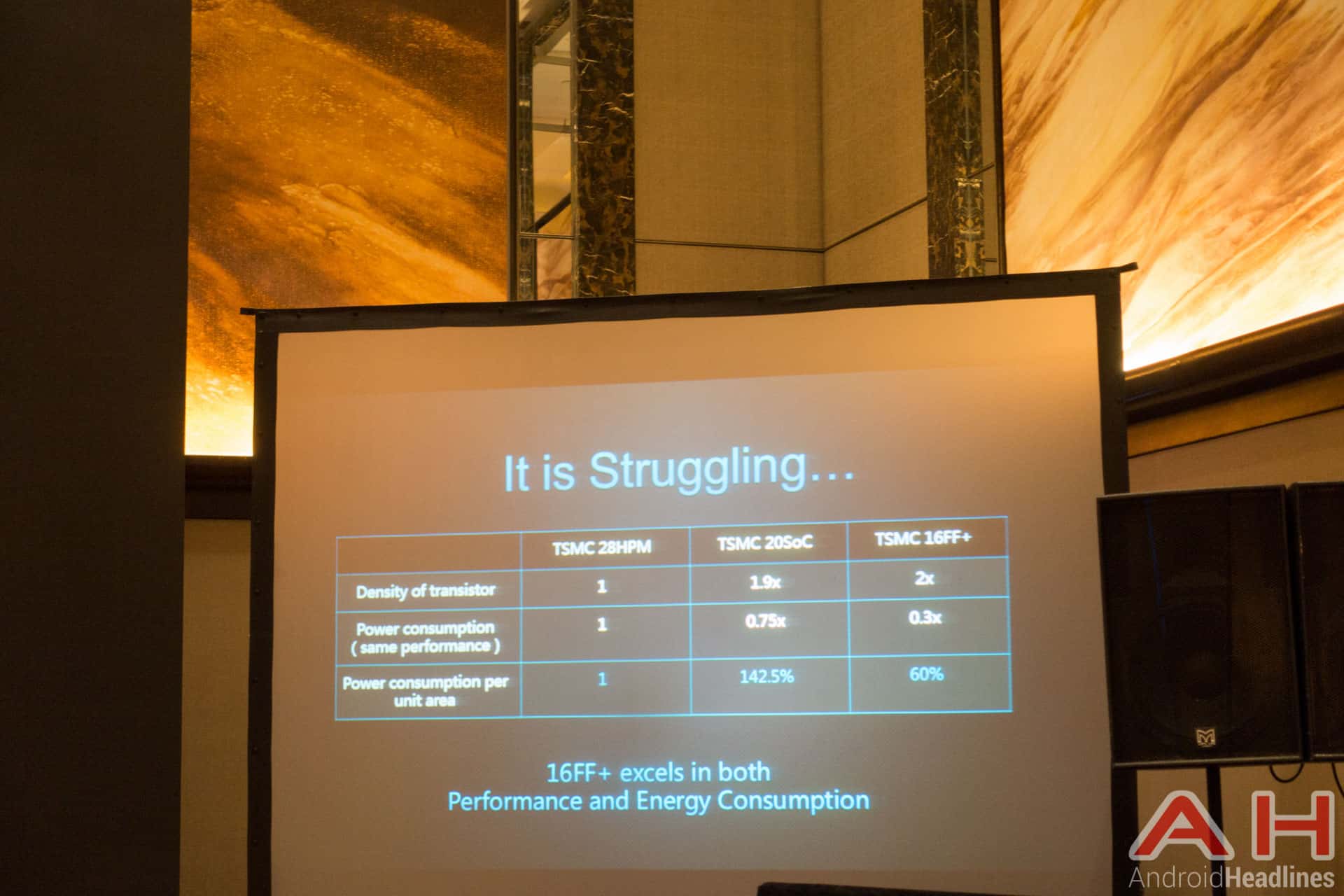 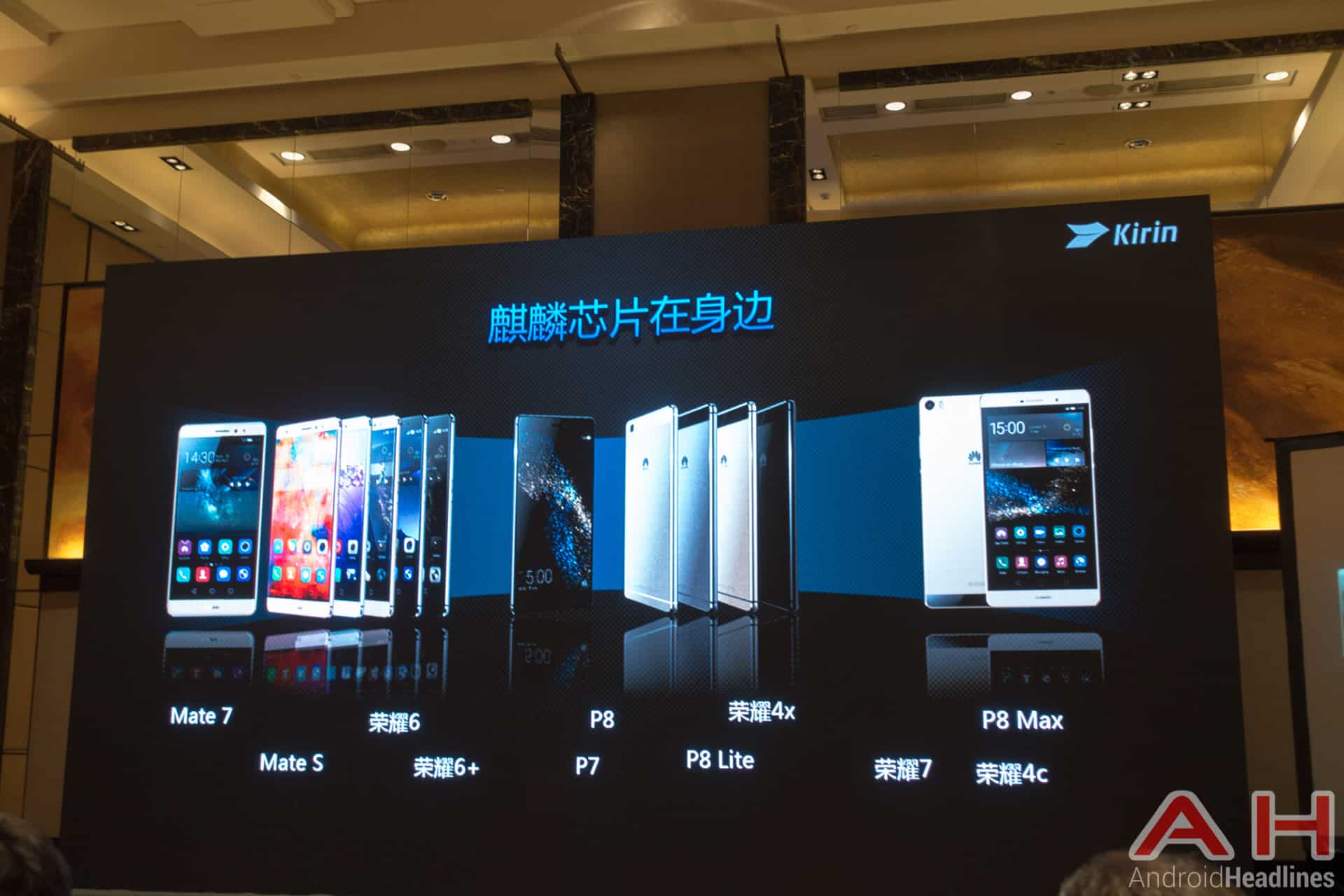 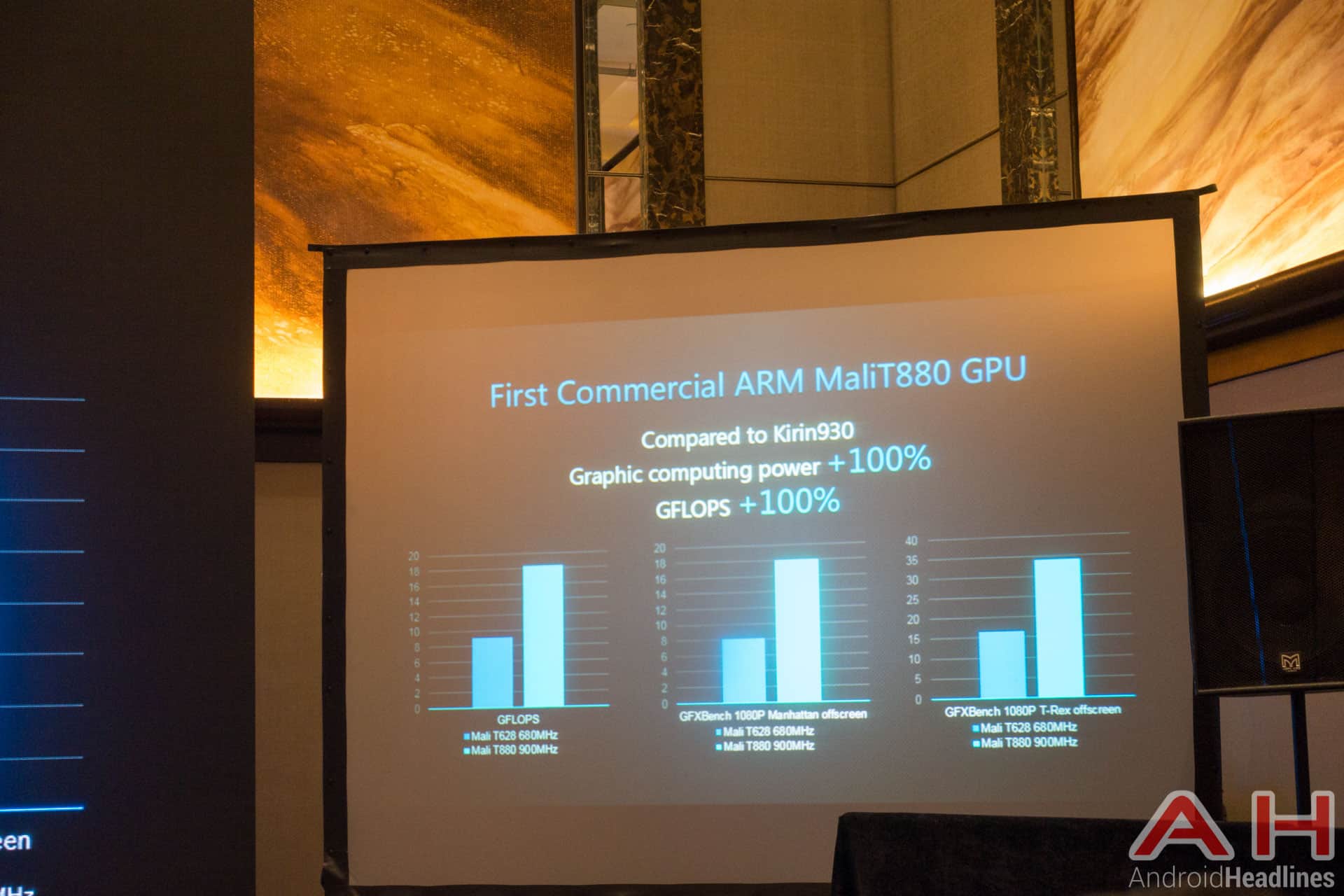 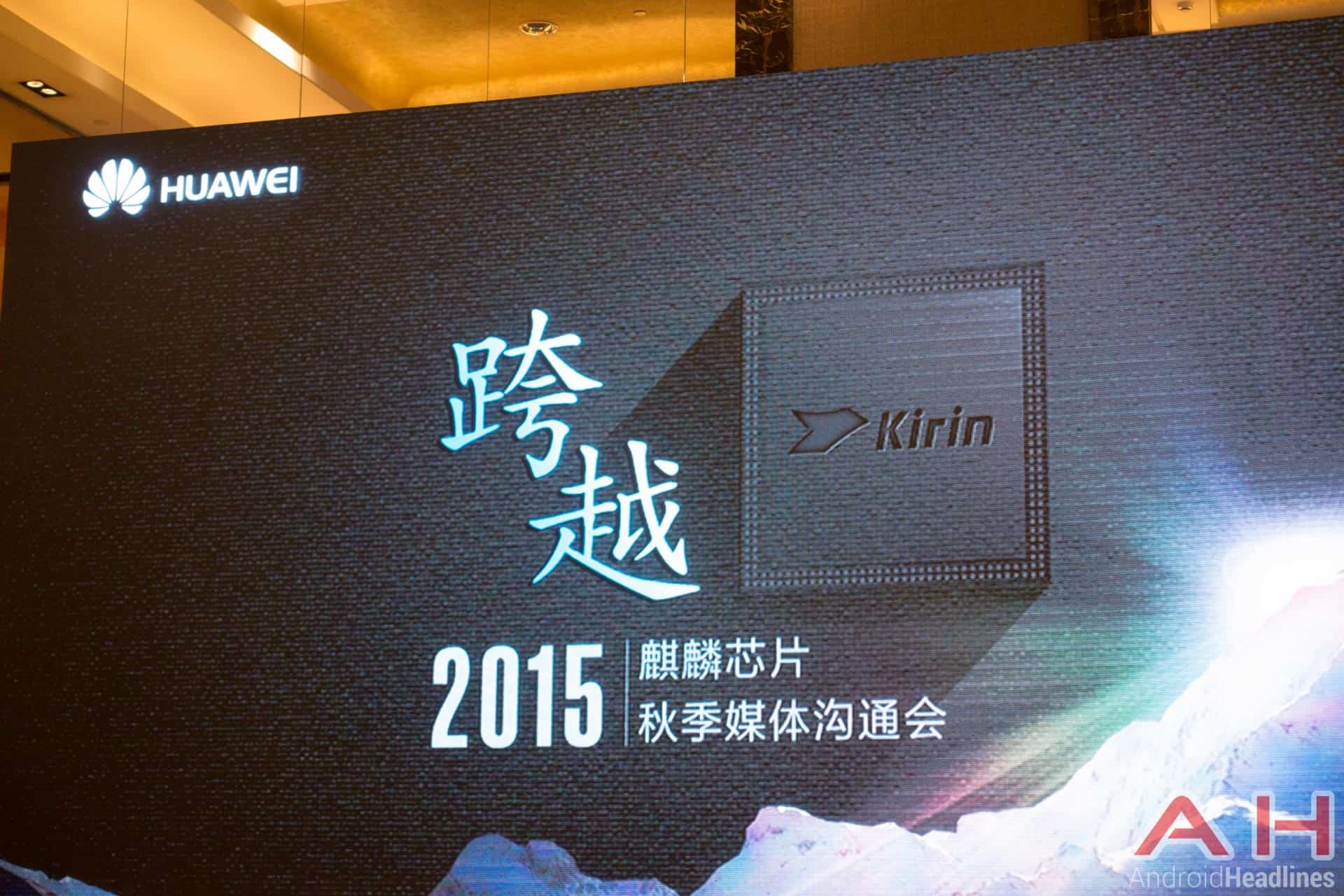 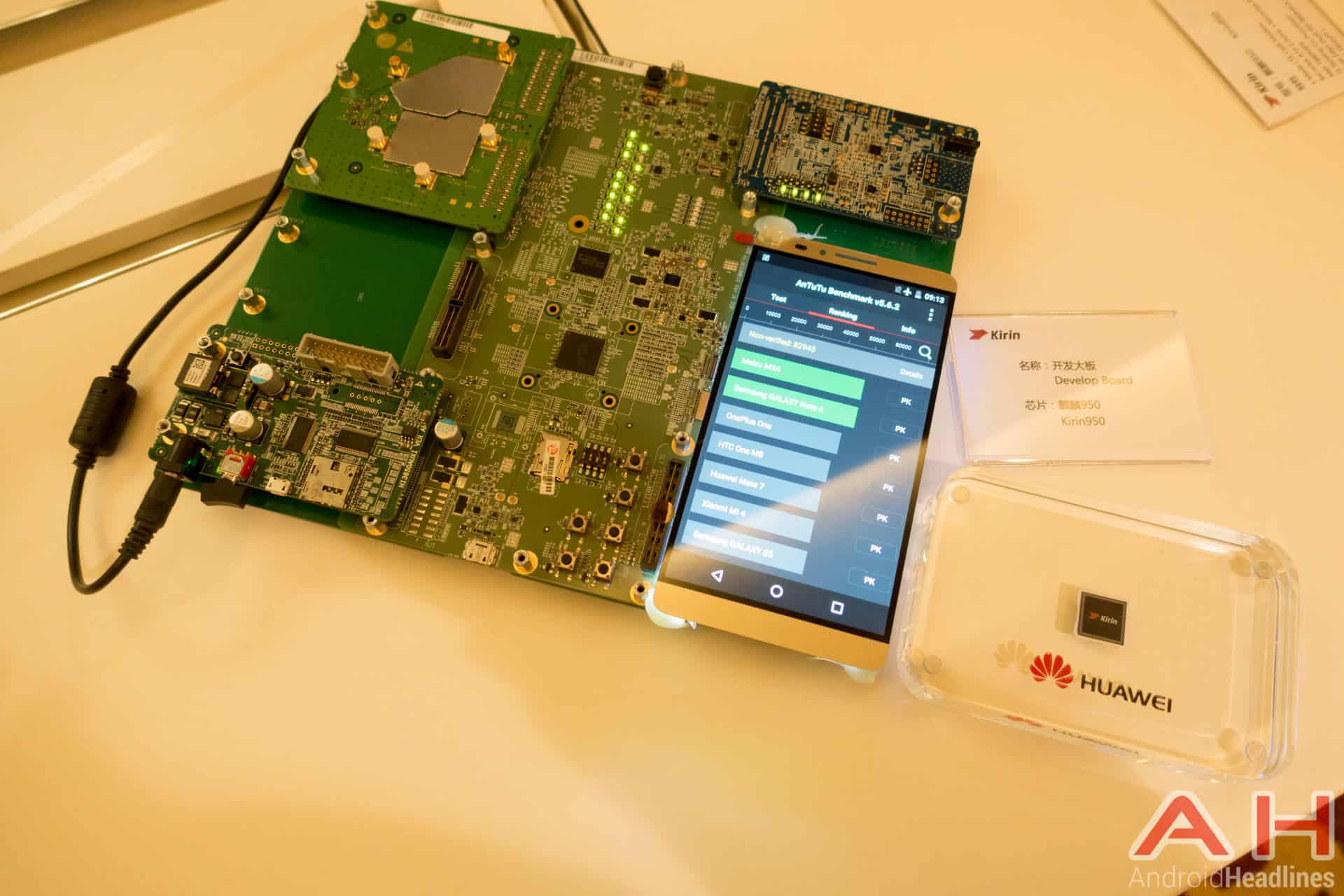 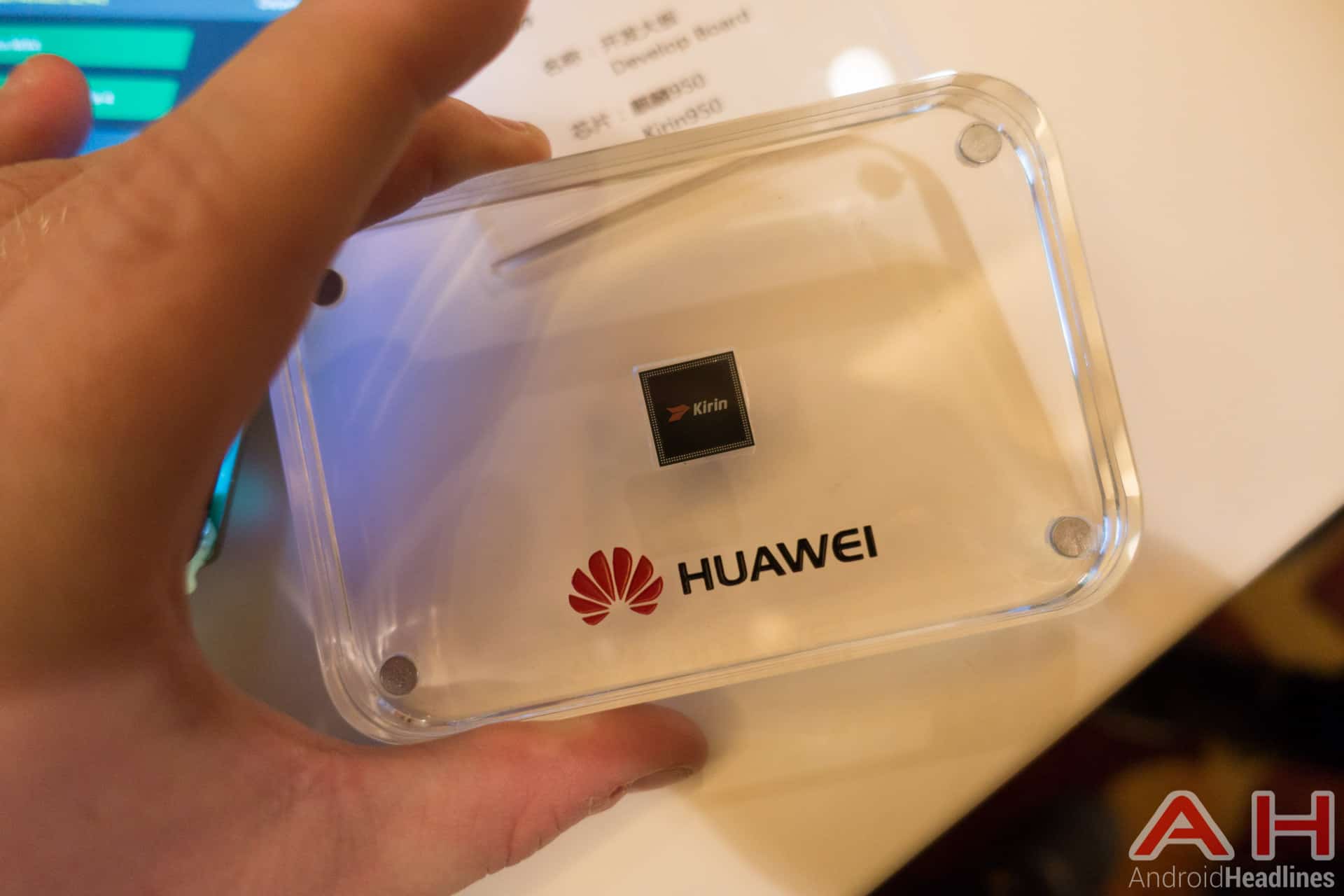