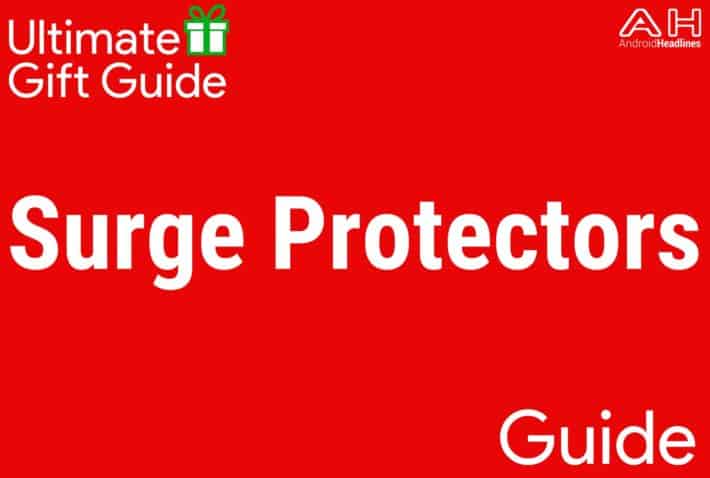 Surge protectors or power bars are one of those things that many of us don't really think about needing. But we actually do. Especially at our desk, or our entertainment system. To make sure that outlets aren't overloaded. Which can cause issues. We've gathered up ten of the best surge protectors available in this gift guide, so lets check them all out.

This surge protector from Belkin is a great one. It has 12 outlets, so you can plug in a ton of things, as well as coaxial ports for your TV and cable box. Always a necessary evil. The cable is also about 8-feet long. So plenty of room to get from the wall to where you need it to be. Belkin offers a lifetime warranty as well as a $300,000 warranty for devices connected to it. 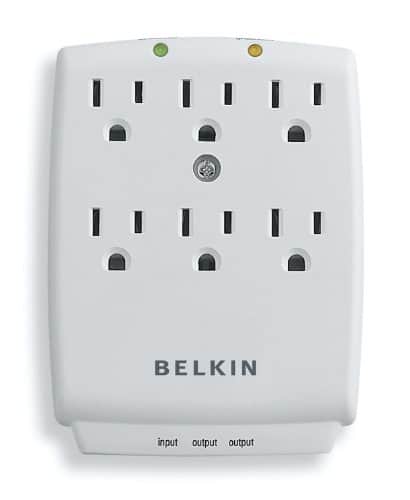 Belkin has another one on this list, and this is a wall-mounted surge protector. It includes just 6 outlets, but that's better than the two that most of us get on our walls. There is also a splitter included for the phone and modem. Which is quite nice. A great surge protector to go next to the phone outlet in your house. 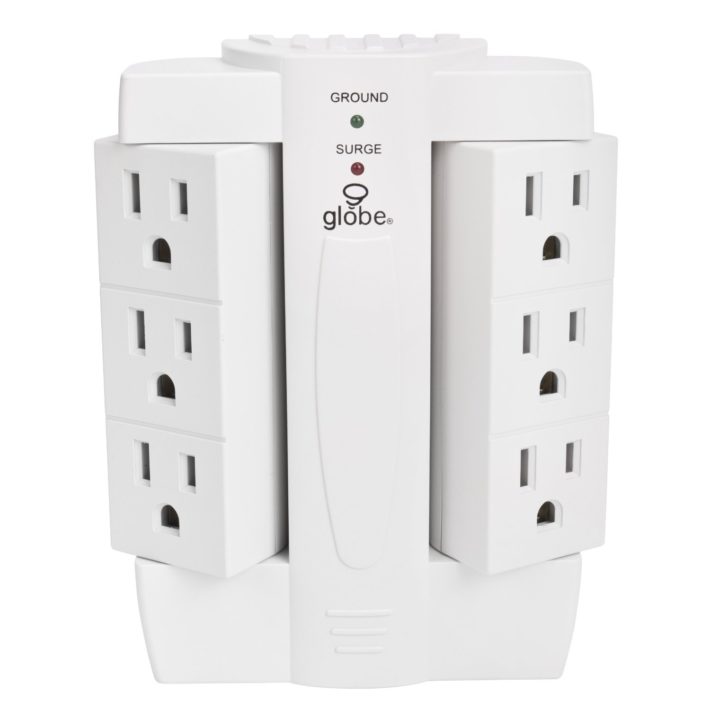 Ever have a plug or two that's overly large and gets in the way of other outlets? Well that's where this Swivel Wall Tap from Globe Electric comes in. Each side has 3 outlets which can swivel out of the way, so you can use all 6 of the outlets, as you would want. It's also great for cord management under your desk. 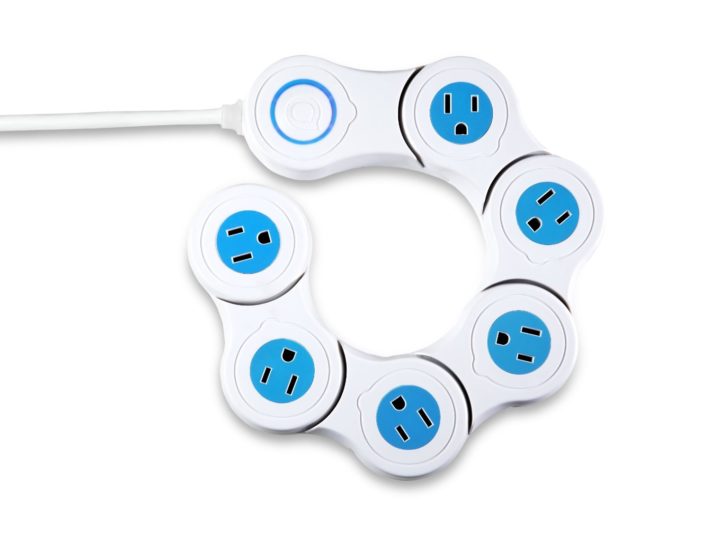 For those that have a ton of bricks that need to be plugged in, this is a must have. This is a flexible power strip, and you can actually wrap it around the leg of your desk, or table and not have a single outlet covered by a plug that's in another outlet. It's pretty genius, and comes in a ton of colors, the white and blue is good looking one. 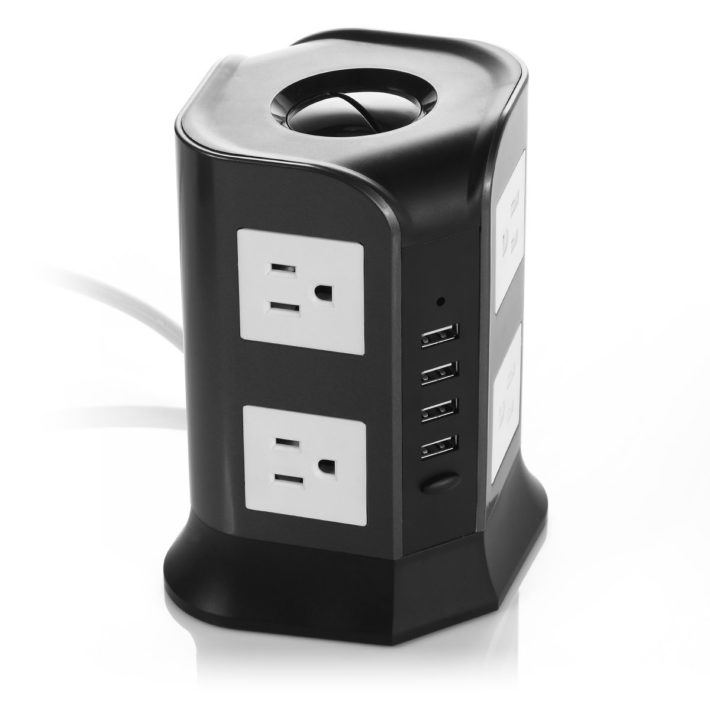 How about 8 outlets and 4 USB ports? That's what Safemore has here. So you can plug in your phone and not use up any of the precious outlets. Definitely a great idea here. There are two outlets on each side, so for the most part, laptop bricks won't be taking up other outlets. Always a good thing. 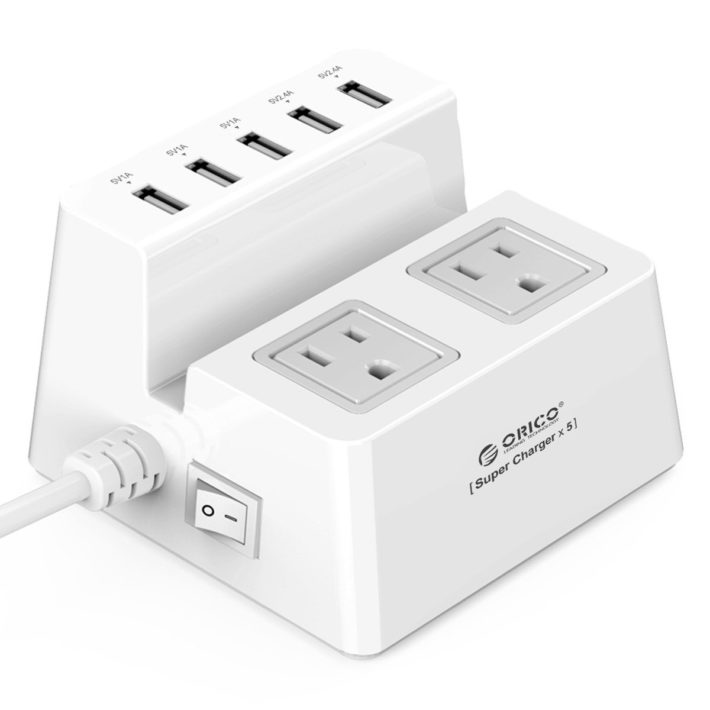 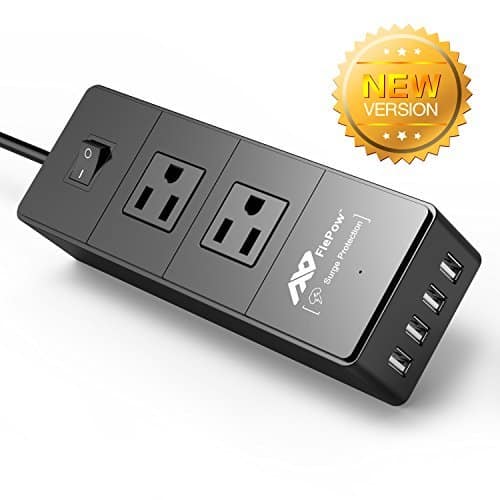 Here we have two outlets and a set of four USB ports, so maybe not that ideal for your desk, but because it is nice and compact it is ideal for travel. Just throw it in your bag, and you won't need to worry about how many outlets are in your hotel room, or even at your gate at the airport. It also comes with a 1-year protection warranty. 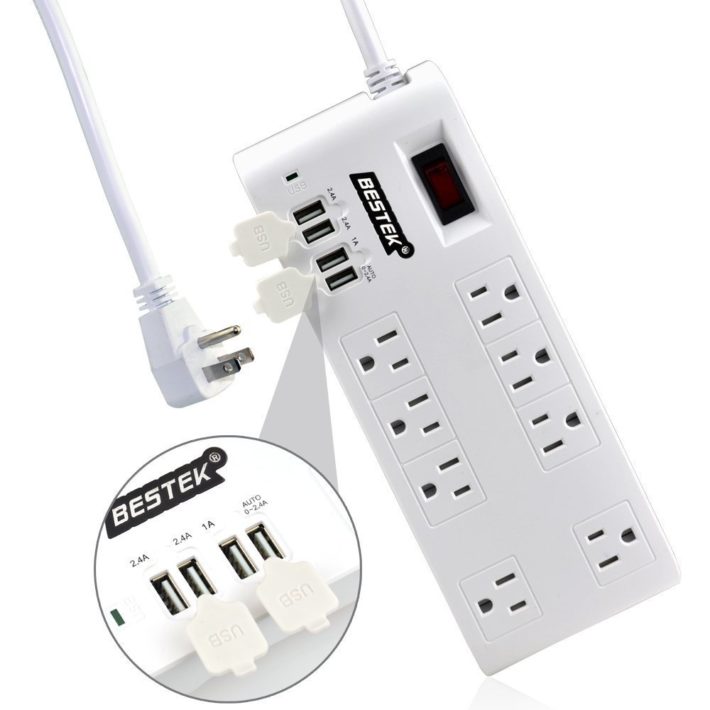 Here we have 8 outlets as well as four USB ports. So you can charge literally everything right here. What's special about this one is that there are two outlets that are spaced out from the other six. This is great for those big bricks that you need to plug in, often your laptop charger, as it won't be in the way of the other outlets, and they'll still be usable. 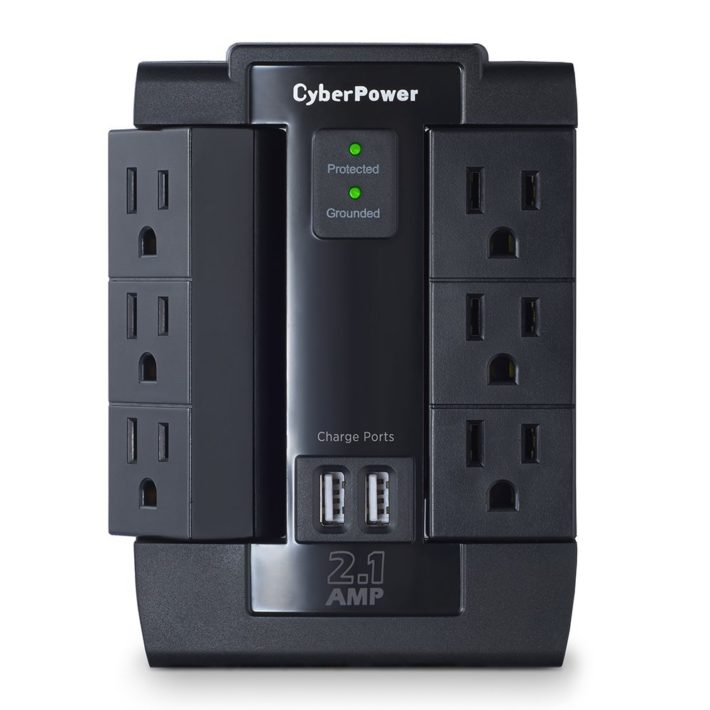 We have another one here that swivels. Again with three outlets on each side, which swivel to make things easier. Whether that's for cable management, or just to make it so those cables can reach where you want them to be. There are two USB ports on this one unlike the one mentioned above, and this one also sits right there on the wall. 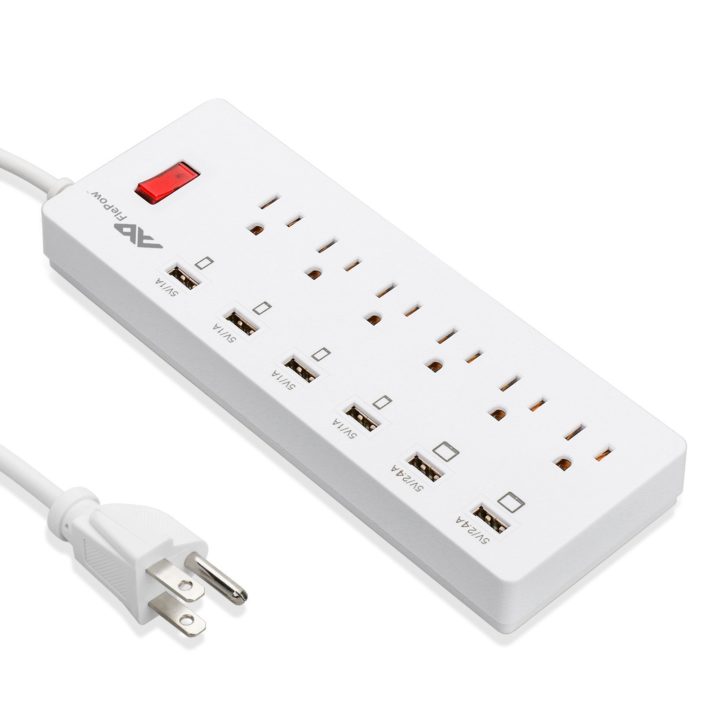 This one from FlePow isn't just 6 outlets, but there are also 6 USB ports. So there's plenty of space to charge all of your mobile devices, as well as plug in your laptop, PlayStation 4, and whatever else you need to plug in. There's also a switch included to keep things from getting fried if the power suddenly goes out and then back on later.