Skip to content
Trusted By Millions
Independent, Expert Android News You Can Trust, Since 2010
Publishing More Android Than Anyone Else
1
Today
51
This Week
740
This Month
6464
This Year
116437
All Time Desktop computers can be a useful tool to have but they aren’t always the most affordable tools. Having said this, there are a number of great computer options at your disposal that won’t break the bank and yet you’ll still get pretty much everything you may need. If you or someone you know is in the market for a new PC, the holidays are coming up which may bring even better deals than the prices that currently exist for our top 10 PC choices under $250. 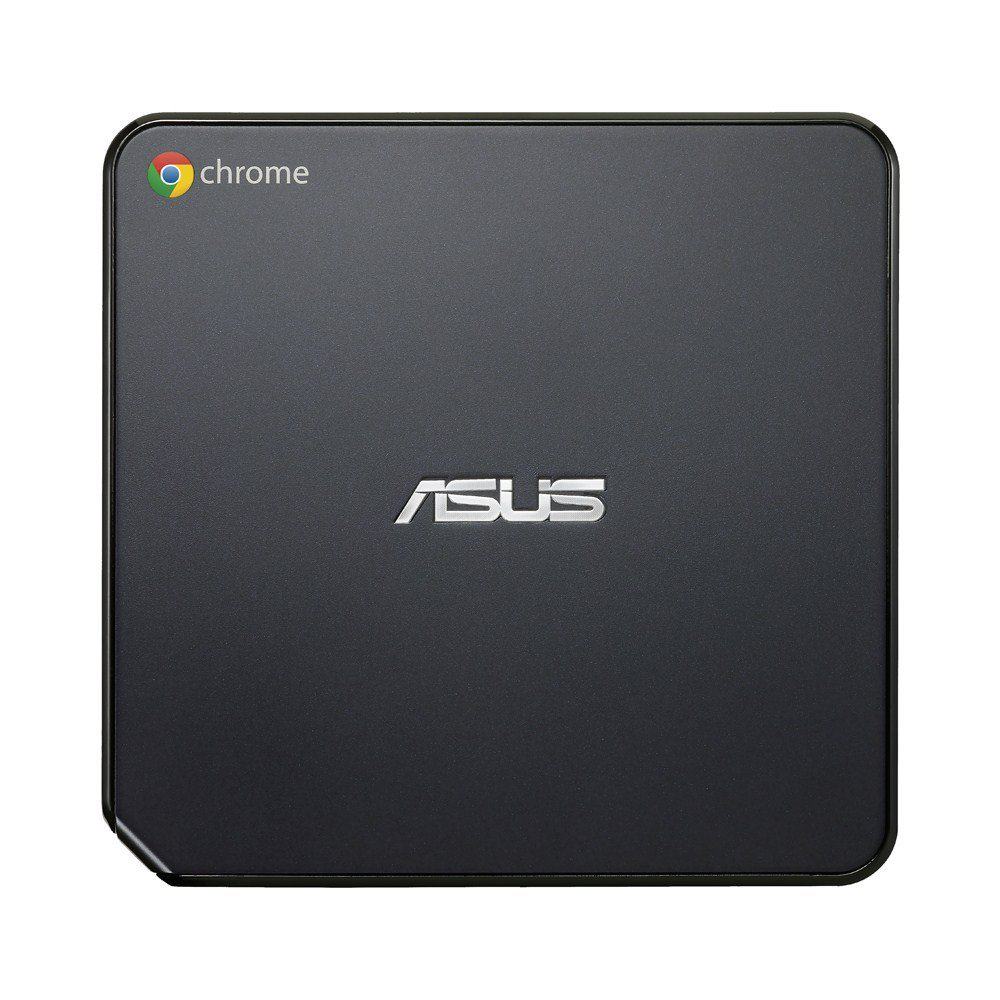 Chrome OS isn’t just for laptops anymore, as you’ll quickly learn from this list. Our first computer option comes in the way of the Chromebox model M075U from ASUS. This runs Chrome OS and is a fully functioning PC powered by an Intel i3 4010U CPU and it comes with 4GB of DDR3 RAM. It also comes with a solid state drive that stores 16GB of space, and it comes packaged complete with a wireless mouse and keyboard so you aren’t required to pick these things up in addition to this machine. It only weighs about 1.3 lbs. and it’s small enough to fit just about anywhere in your home or office. It even supports Vesa mounting so you can attach to the back of your Vesa compatible monitor. 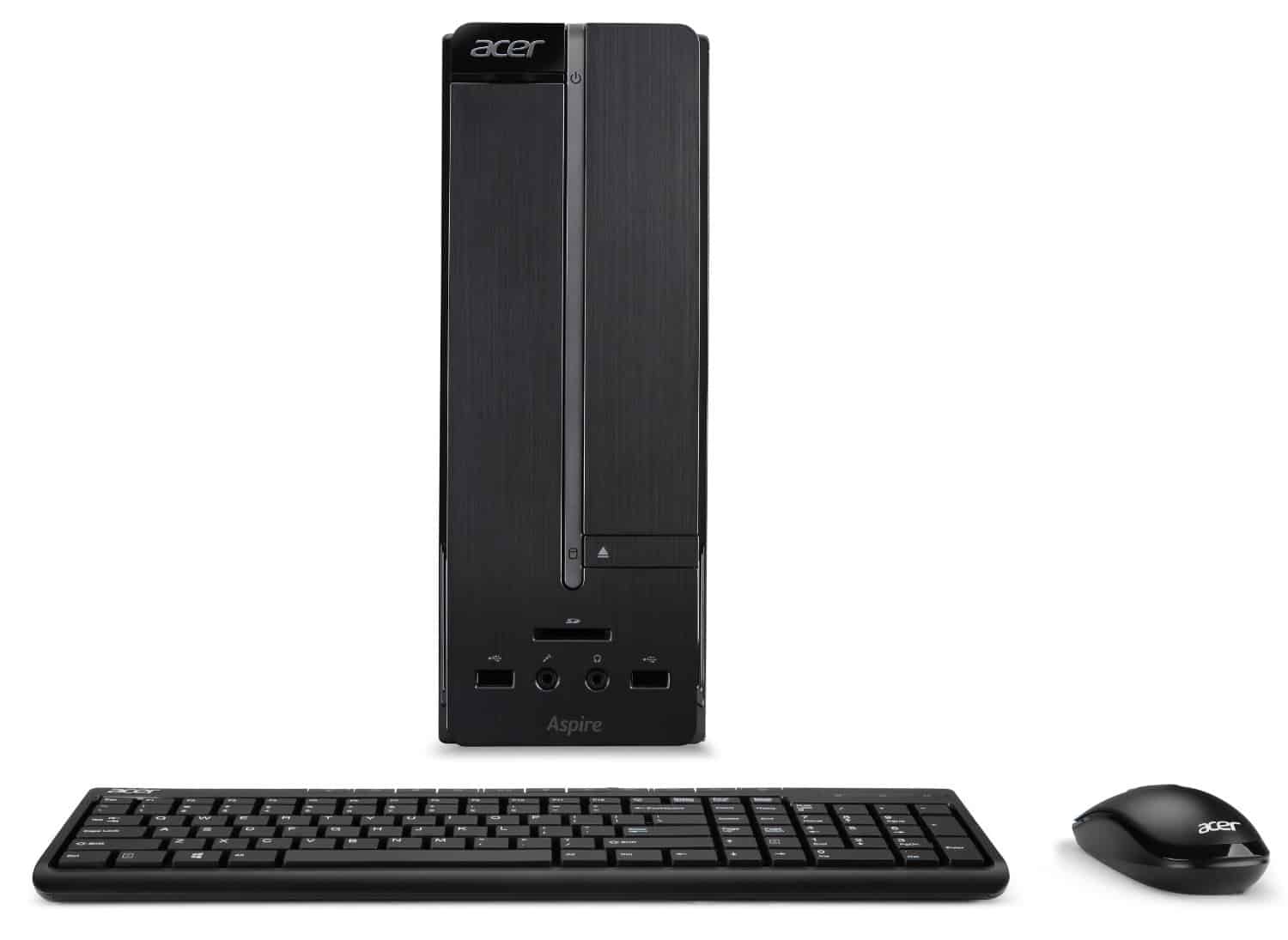 This fairly compact machine from Acer is quite a small tower compared to many desktops, and comes running Windows 8.1, is powered by an Intel Celeron J1800 CPU clocked at 2.4GHz, although it can be pushed up to 2.58GHz thanks to the Intel Burst technology. It also has 4GB of DDR3 RAm and a 500GB 7200 rpm hard drive so there’s quite a bit more space than on the Chromebox above. It also has support for high definition audio with 5.1 channel sound, has four USB 2.0 ports, 1 USB 3.0 port and 1 HDMI out port. You also have access to the 3.5mm audio in port and the in-line mic jack on the rear of the machine. 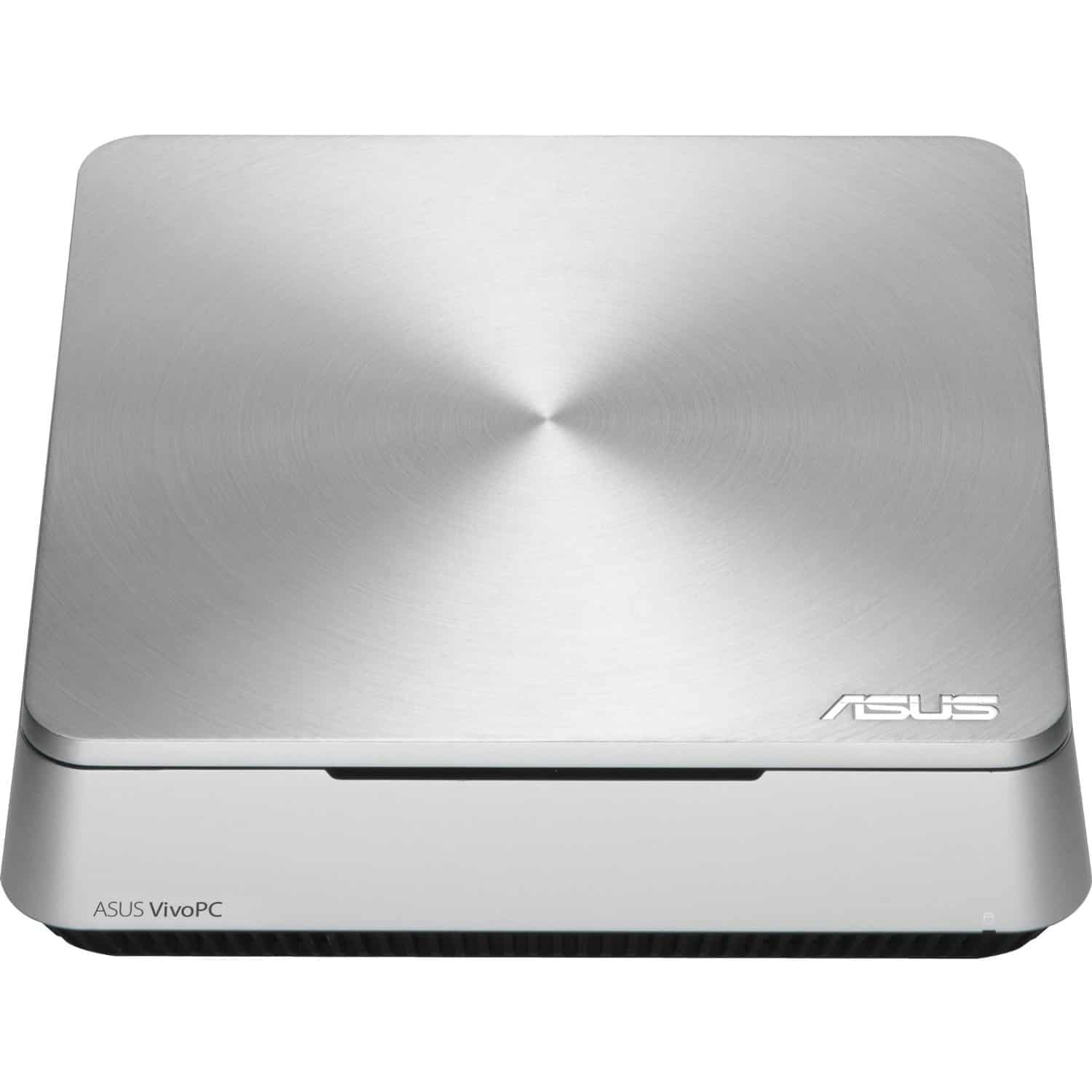 This option is not too unlike the ASUS Chromebox above as it carries a nearly identical form factor, and packs a nice fully functional PC into a tiny box shaped package. The difference with this model is that it runs Windows 8.1 instead of Chrome OS. It’s powered by a 4th generation Intel Celeron 2957U CPU with a total of 4GB of RAM. Storage wise it holds up to 500GB of space, as well 100GB of free web storage for 12 months. It packs integrated speakers so your monitor won’t need to have them, and in terms of connectivity is has an SD card reader, and 4 USB 3.0 ports, as well as a display port and an HDMI out port. 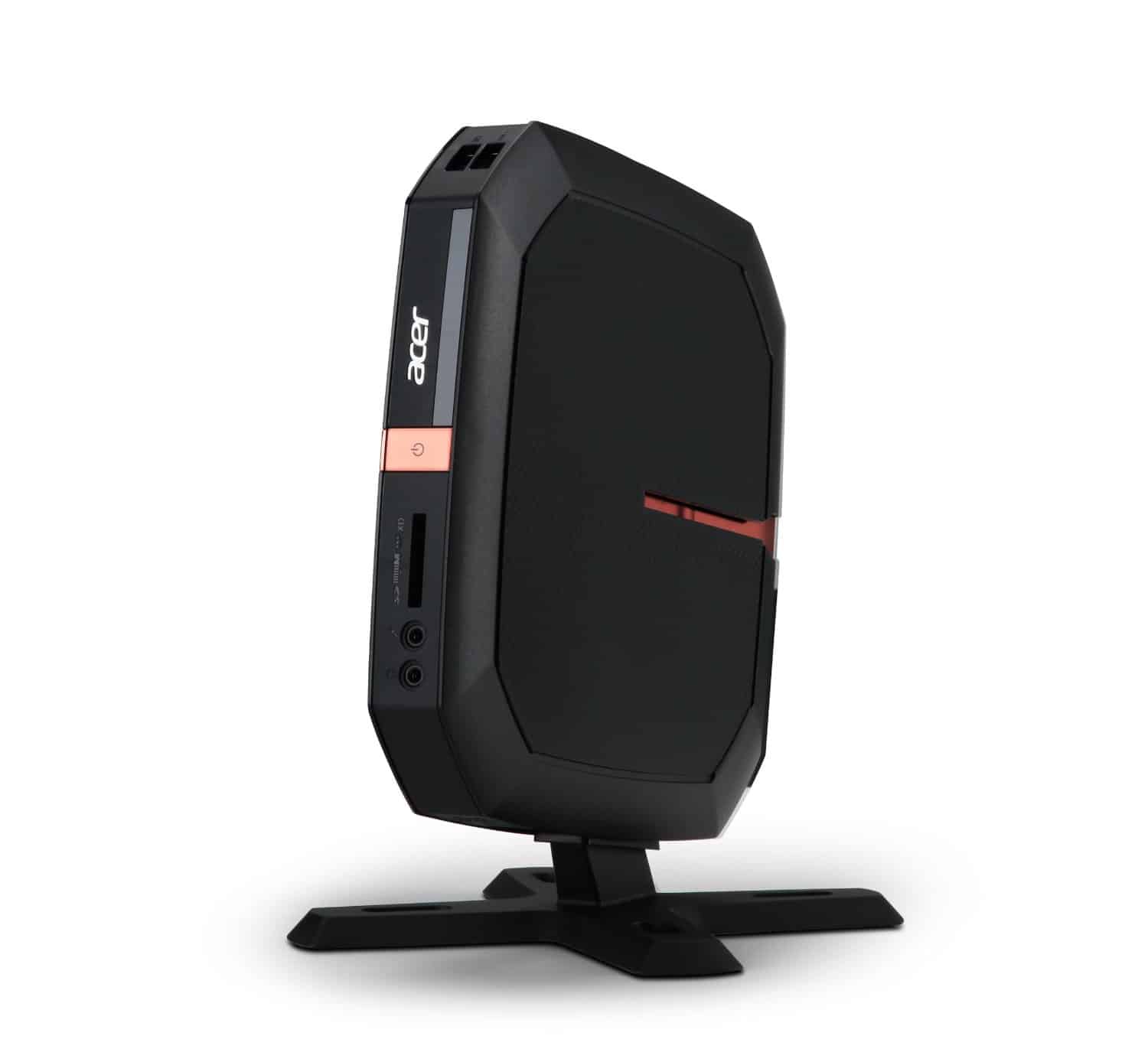 The Acer Revo is another perfect PC for those who want something compact and light. It’s small enough to fit in just about any space whether on a desk or next to you TV depending on what you want to hook it up to. It’s powered by an Intel Celeron 1017U CPU clocked at 1.6GHz with 4GB of DDR3 RAM. It carries 4 USB 2.0 ports and 2 USB 3.0 ports, an HDMI out port, and 1 DVI port. It also comes with a wireless keyboard and optical mouse so there’s no need to buy them additionally. WHen it comes to space, it has a 500GB SATA drive for storage and it comes running Windows 8.

The Acer Chromebox CXI2 comes equipped running Chrome OS and is powered by an Intel Celeron 3205U CPU with 2GB of DDR3L RAM, and a 16GB solid state drive. Chrome OS is light and boots up exceptionally quick, and is more than capable of handling most computing tasks whether it’s web browsing, documents or spreadsheets using Google Docs, or streaming music or movies through Play Music and Play Movies. It also comes equipped with a USB keyboard and mouse, and it supports VESA mounts in case you want it hidden and out of sight. It supports both WiFi and Gigabit ethernet LAN for internet connection so no matter how you connect to your network you’re set. It has 4 USB 3.0 ports, 1 HDMI port, and 1 display port. 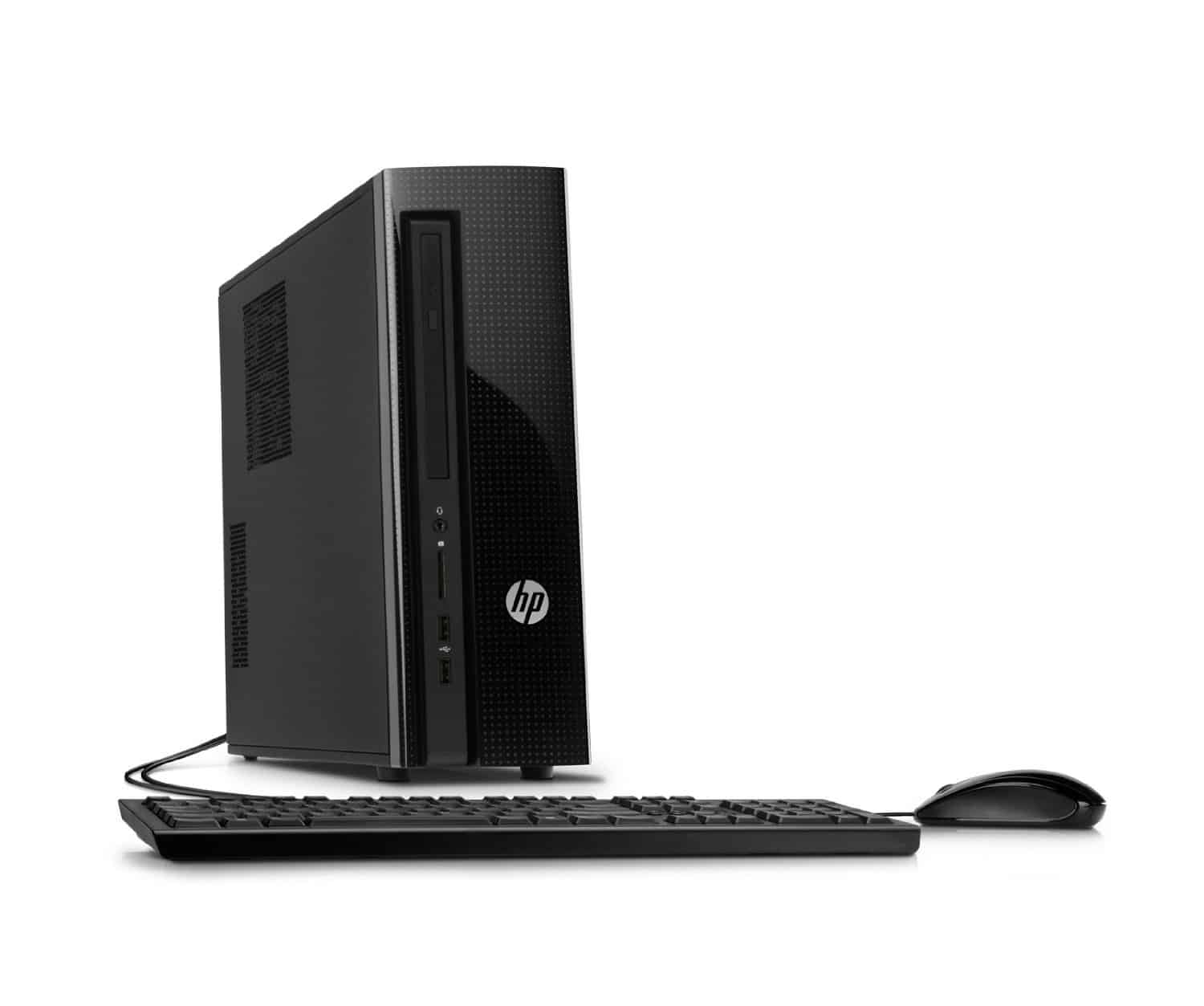 This won’t be quite as compact as the Acer Chromebox before it, but it’s close. It’s also running WIndows 10 instead of Chrome OS which means more compatibility with apps and other programs. It’s powered by an AMD E1-6015CPU clocked at 1.4GHz. It also comes with 4GB of DDR3 RAM and a 500GB hard drive for plenty of storage space onboard. It also holds a single DVD-RW optical drive for discs, movies, etc. just in case you’ll need physical software discs for installs. 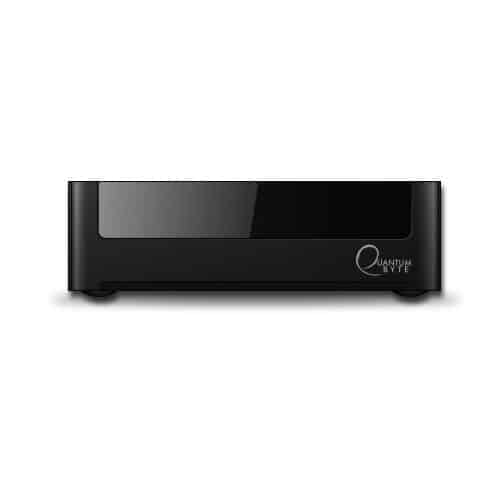 Simple yet capable, the Quantum Byte fanless mini desktop PC comes equipped with Windows 8.1 software, and is powered by an Intel Atom quad-core CPU, 2GB of DDR3L RAM, and 32GB of storage space on the hard drive. While there may not be much space on the unit itself, it sports 2 USB ports on the back to allow the connection of an external hard drive for more space if needed, but you can also enlarge the memory via microSD. It also has HDMI and VGA ports as well as audio jack for headphones on the back of the unit, and being fairly small it’s perfect for anyone who needs a space-saving solution for a desktop. 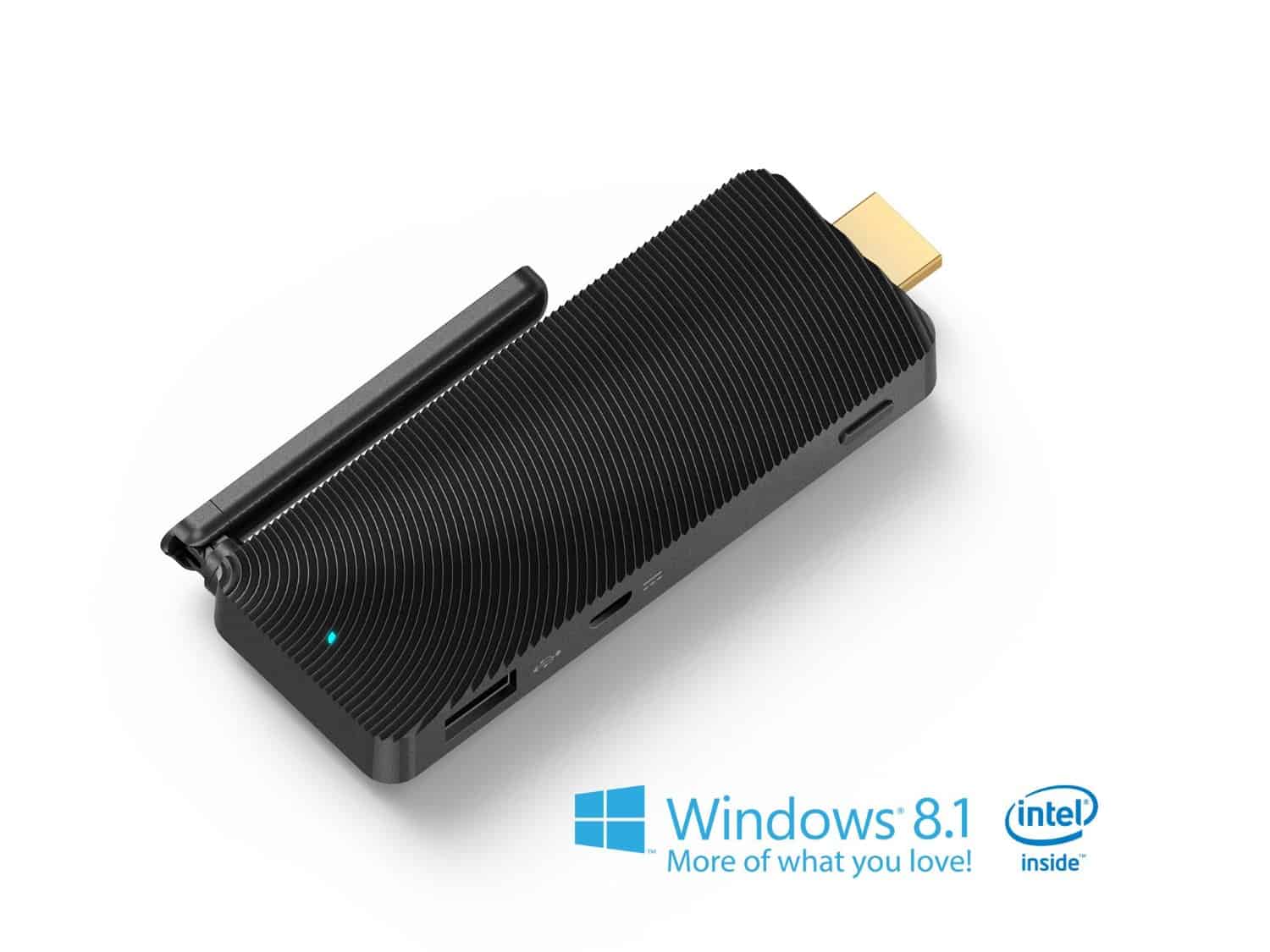 Coming from the same company who manufactured the Quantum Byte up above, the Quantum Access mini PC stick takes compact computing to the next level. Just plug it into any HDMI port on a TV or monitor and it becomes a fully functioning PC with Windows 8.1 on board. It’s powered by an Intel Atom quad-core CPU and has 2GB of DDRL3 RAM and 32GB of onboard storage, so this won’t be meant for those who need lots of hard drive space. It’s perfect for anyone who needs simple PC access for things like Microsoft Office, web browsing, watching streaming videos etc., making it ideal for basic users, travelers, and professionals. 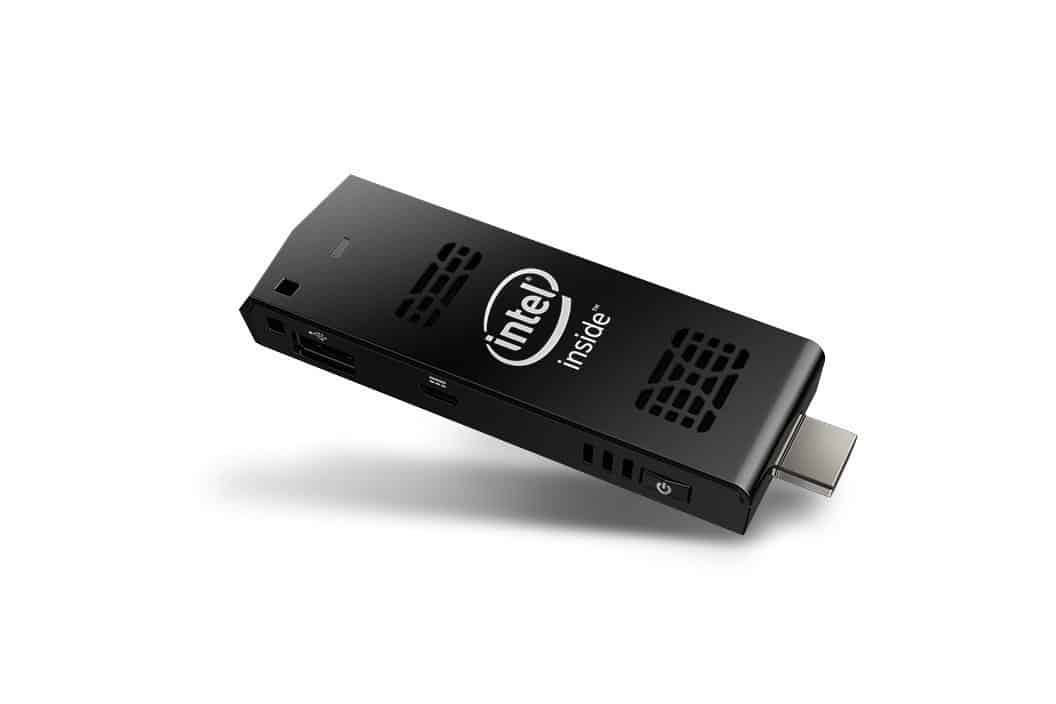 This follows along the same lines as the unit above, and provides a nice, portable desktop PC experience for anyone who might need it for simple tasks and basic use. This comes straight from Intel so you can expect it to be powered by one of their own processors. It’s powered by an Intel Atom quad-core CPU, and comes with 2GB of RAM and 32GB of onboard storage space. It also supports WiFi for internet connectivity, as well as Bluetooth for connection of wireless keyboard and mouse. It also comes with Windows 8.1 pre-installed so it’s ready to go as soon as you plug it in. It also has one USB port and a microSD card slot on the opposite side if more storage is needed. 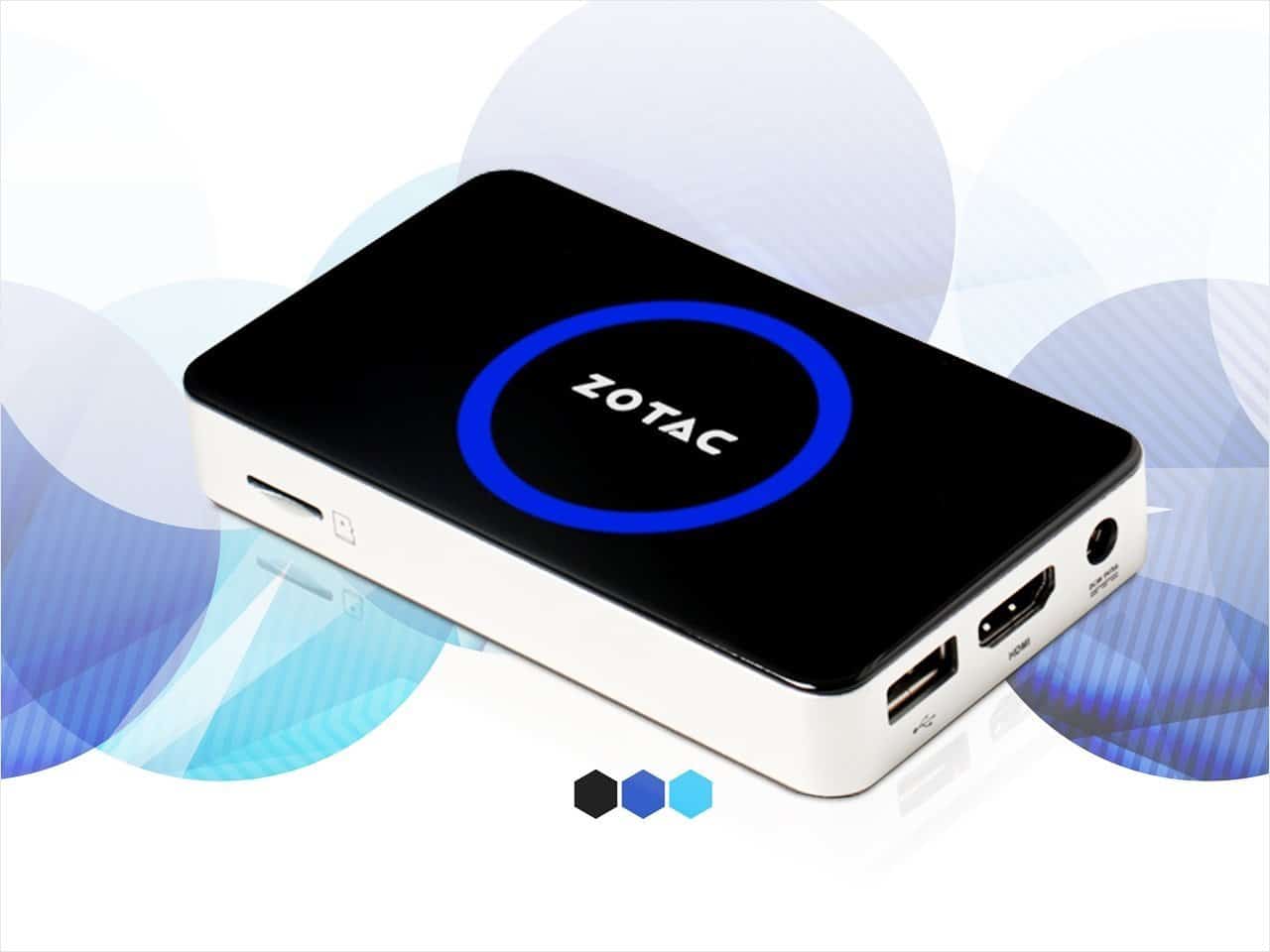 Rounding out the list is the ZBOX unit from ZOTAC. This like some of the others is aimed at anyone who needs something for more simple and basic computing tasks, whether that’s work related or simply browsing the web and social media. It comes powered by an Intel A4 CPU with 2GB of SDRAM, and 32GB of onboard flash memory storage. It also supports microSD cards for expandable storage, and comes with one USB 2.0 port and an HDMI out port. For internet connectivity it supports WiFi 802.11 bgn.