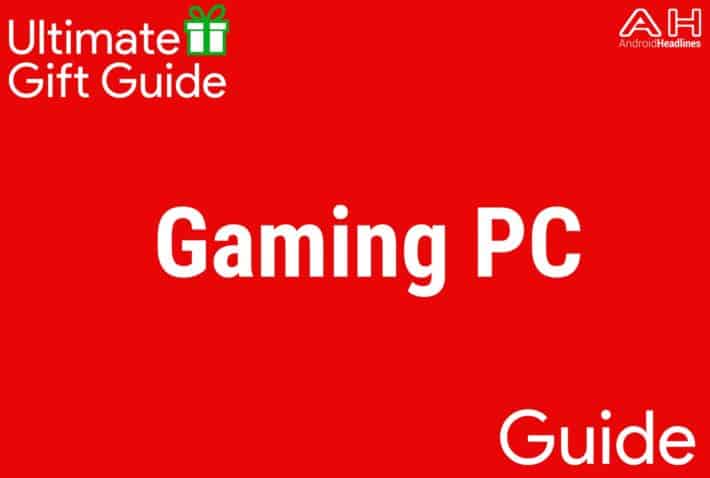 Many PC gamers will swear by the desktop as opposed to a laptop simply because you have more room and are capable of upgrading your machine where most laptops won't have that benefit. While building your own might be a great route to go, it can quickly become costly and you have to know what you're doing if you want a good build. If you simply want something that's ready to hook up and get gaming in no time, there are loads of prebuilt PC's you can acquire. Here's our list of the top 10 best desktop gaming PC's. 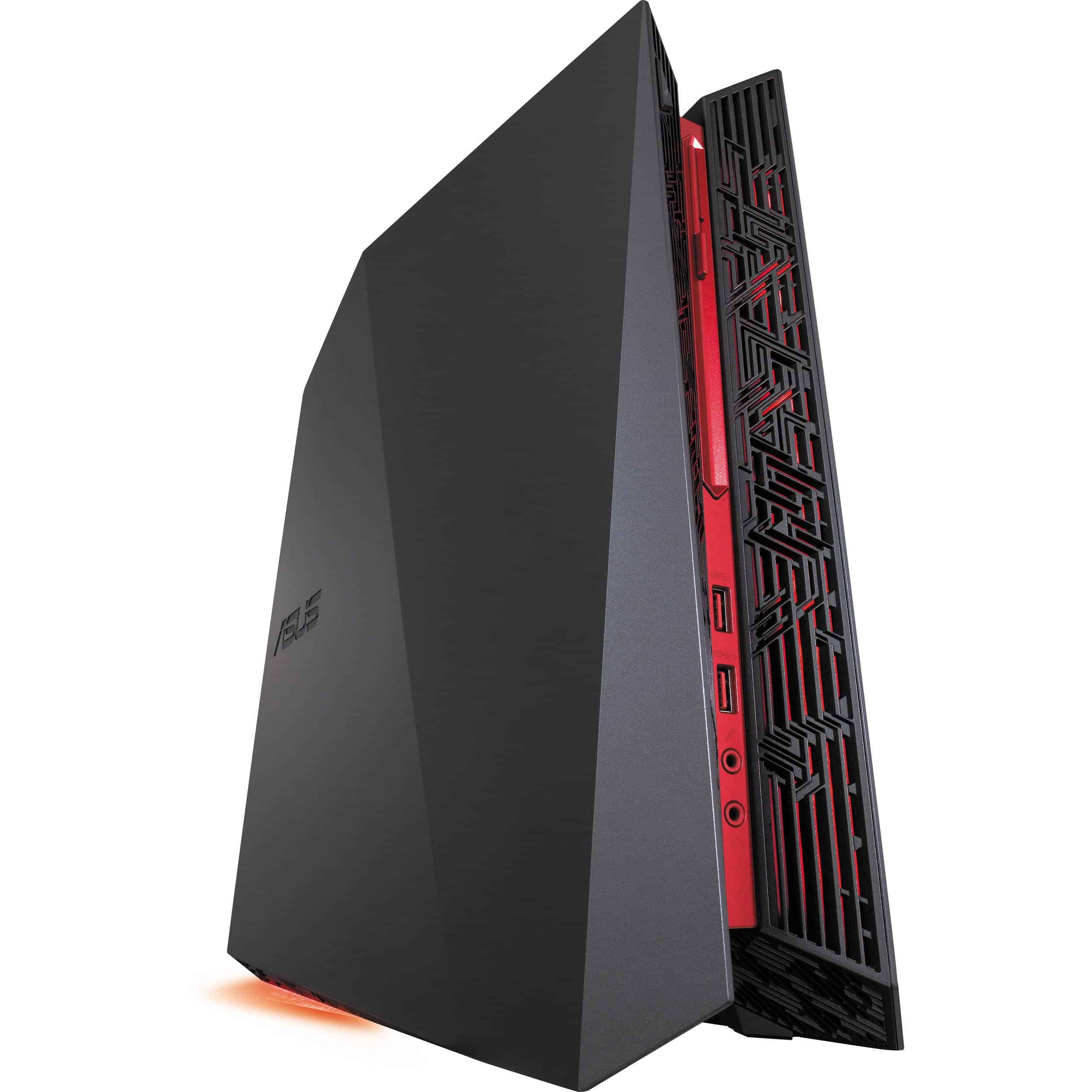 Kicking off this list is the ROG model G20 gaming desktop from ASUS. It's got a stylish design with plenty of power behind it to give you a great quality gaming experience that ASUS is known for. It comes running Windows 8.1 and is powered by an Intel Core i7-4790 CPU clocked at 3.6GHz, and for graphics it has the NVIDIA GeForce GTX 760 GPU with 2GB for graphics RAM. It also has 8GB of DDR3 system RAM, a 1TB SATA hard drive, and an 8GB Solid State Drive for a tiny bit of extra storage if needed. 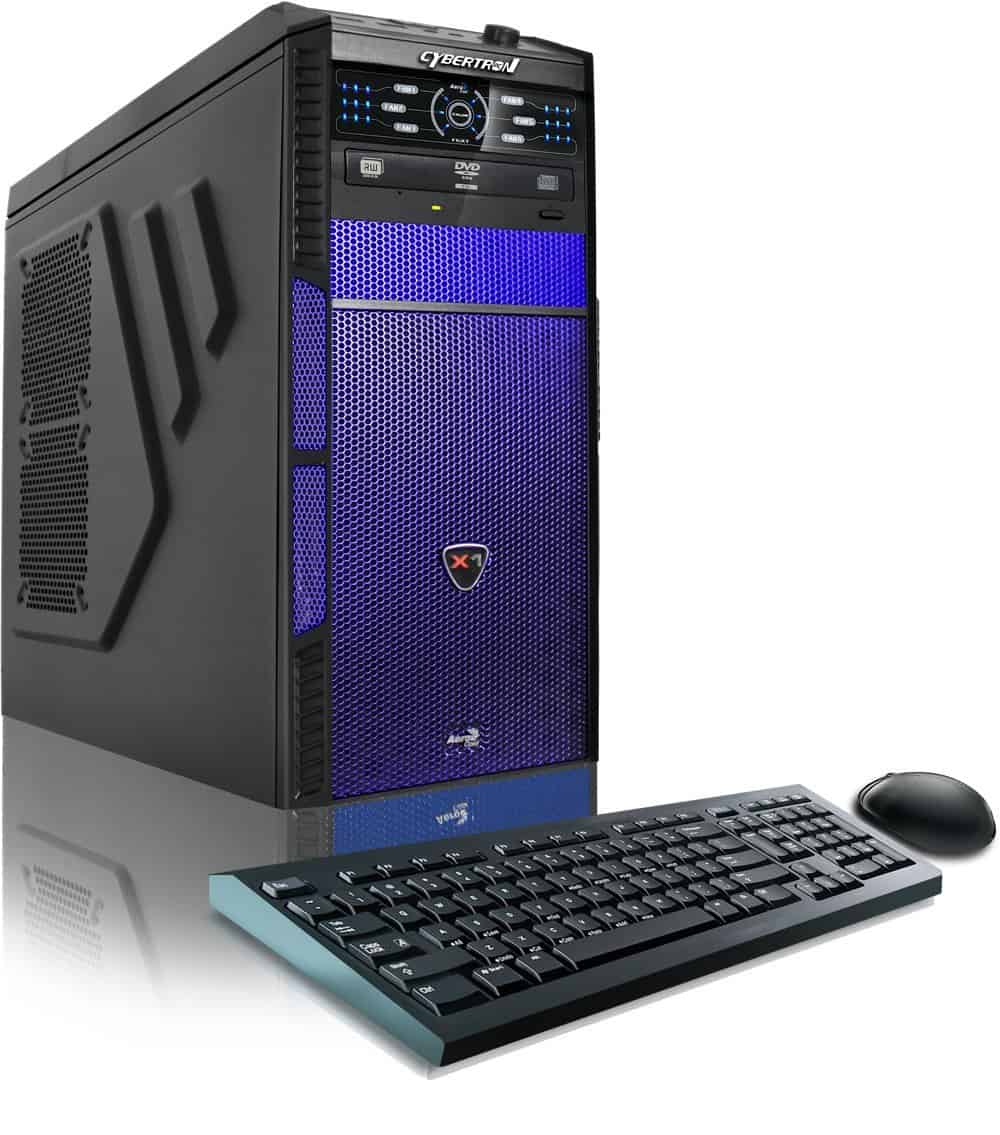 If you're looking for a decent gaming desktop but don't want to spend an arm and a leg on a setup, this model from CybertronPC should do the trick. It comes powered by an AMD FX 5300 6-core CPU clocked at 3.5GHz, and an NVIDIA GeForce GT 640 GPU with 2GB of graphics RAM and 16GB of system RAM. It has a 1TB hard drive which is plenty of space for most people, and it has multiple USB ports and ports for your audio headphones or speakers, as well extra expansion bay slots if you need to add more than the included DVD RW drive. 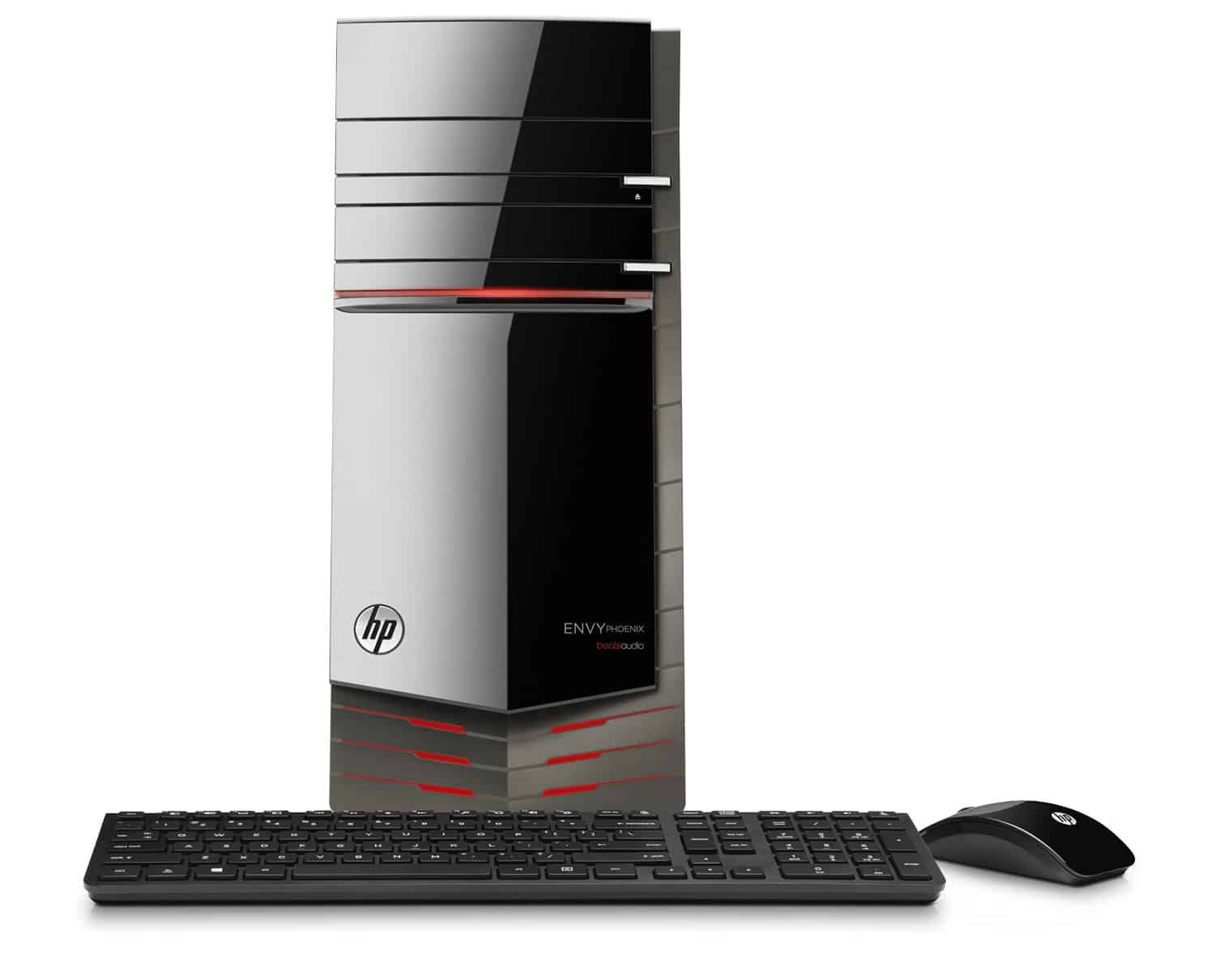 HP has been making PC's for years, and although not usually at the top of the food chain with gaming PC's they can still put together a great machine for entry level gaming rigs. The HP Envy Phoenix model listed here comes running Windows 8.1 with an Intel Core i7 4770 CPU clocked at 3.4GHz with graphics powered by an NVIDIA GeForce GTX 745 GPU with 4GB of DDR3 dedicated graphics RAM. It also has 16GB of system RAM, a 1TB hard drive, two front loading optical drives, 6 USB 2.0 ports, 4 USB 3.0 ports, and ports for ethernet, audio in/out, with support for WiFi 802.11abg. 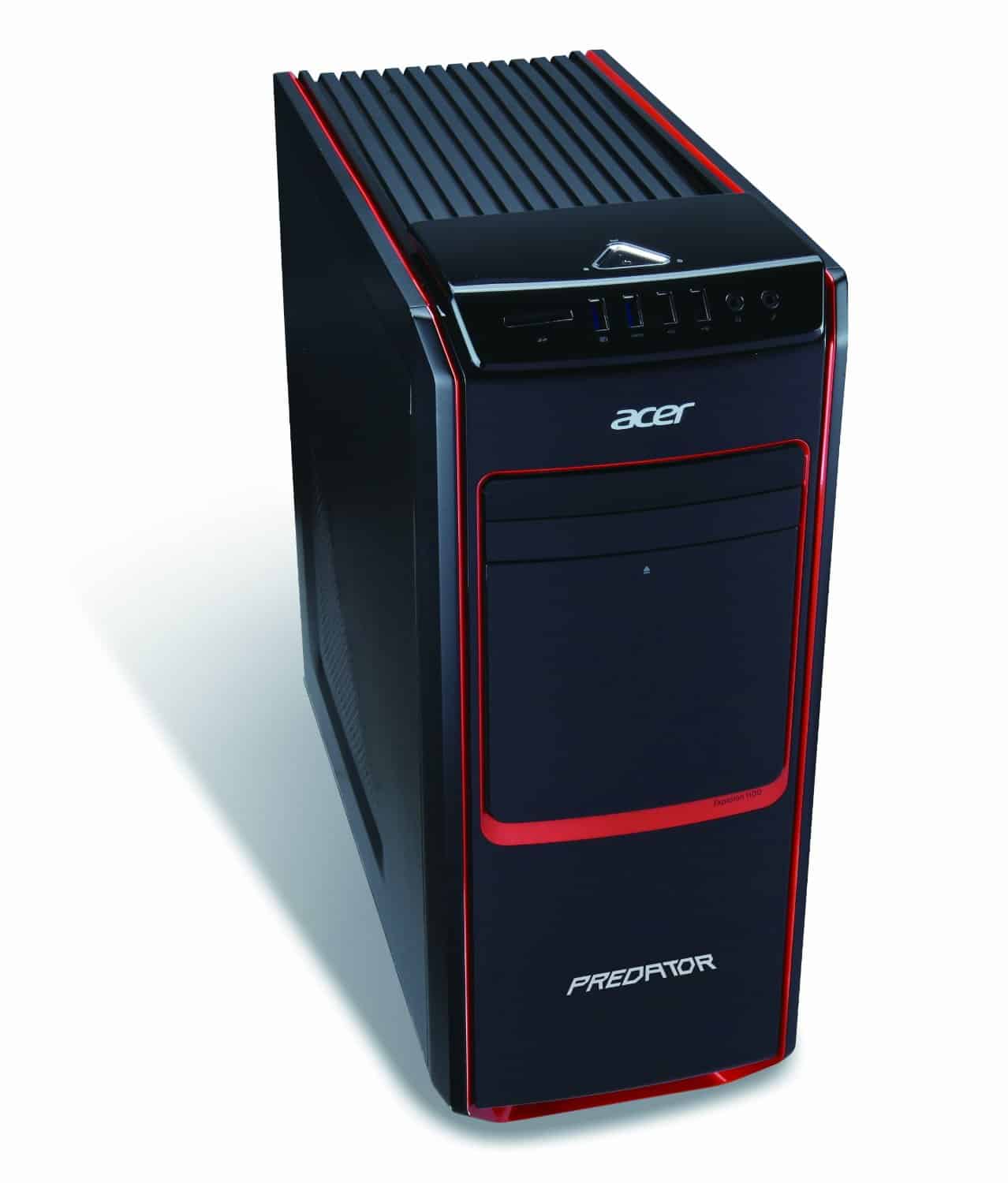 Acer just announced their Predator line of products this year which includes this Predator model. It comes running Windows 8.1 and is powered by a 4th-gen Intel Core i7-4790 CPU clocked at 3.6GHz, and is carrying the NVIDIA GeForce GTX970 GPU with 4GB of discrete graphics RAM. It also has 16GB of DDR3 system RAM, and for storage it has a 1TB 7200rpm hard drive with a 256GB Solid State drive. It supports Bluetooth 4.0, WiFi 802.11ac, 4 USB 2.0 ports, 4 USB 3.0 ports, and connections for HDMI, DVI, and ethernet. It also carries a 6X Blu-ray Disc/DVD SuperMulti Double-Layer Combo Drive. 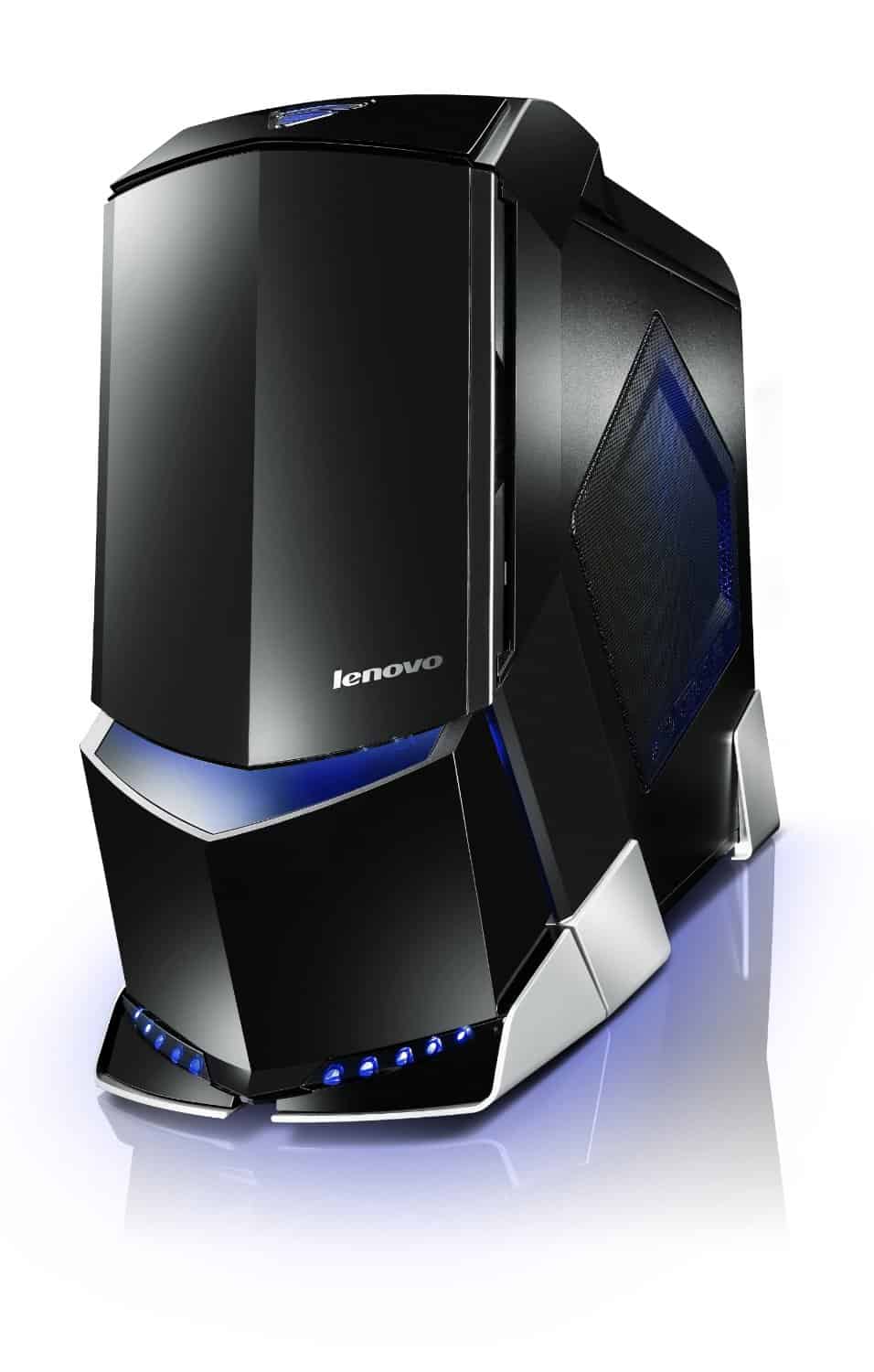 Lenovo's Erazer is one mean looking desktop gaming machine, and for all those looks it has the specs to back it up. It comes running Windows 8 and is powered by an Intel Core i7-3930K CPU clocked at 3.2GHz with a dedicated button for easy one-touch access to overclocking. It also has an AMD Radeon HD8950 GPU for the graphics with 3GB for graphics RAM. It comes with 16GB of DDR3 system RAM and as for storage it's packing 2TB SATA drive. It also has support for an additional graphics card to be installed if you want more GPU power. If you're looking to handle games at high quality, this machine will do the trick, just remember it's a big desktop so you'll want to make sure you have the space. 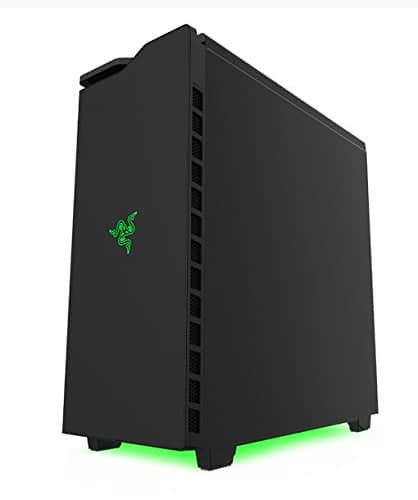 This particular PC won't come from a well-known brand but that shouldn't discount its excellent build quality and top of the line specs. it comes in NZXT's H440 Razer Edition mid-size tower, and runs Windows 8.1 and is powered by an Intel Core i7-5820K CPU clocked at 3.3GHz with liquid cooling. It's using an ASUS X99-A/USB 3.1 Motherboard, with graphics ran by the NVIDIA GeForce GTX 980Ti GPU with 6GB of GDDR5 SDRAM. It also has 16GB of DDR4 system RAM, and for storage it's packed with a Samsung 500GB Solid State Drive. It also comes with 14 USB ports (6 USB 3.0 ports, 6 USB 2.,0 ports, and 2 USB 3.1 ports) so you'll surely have room to plug in anything you need. 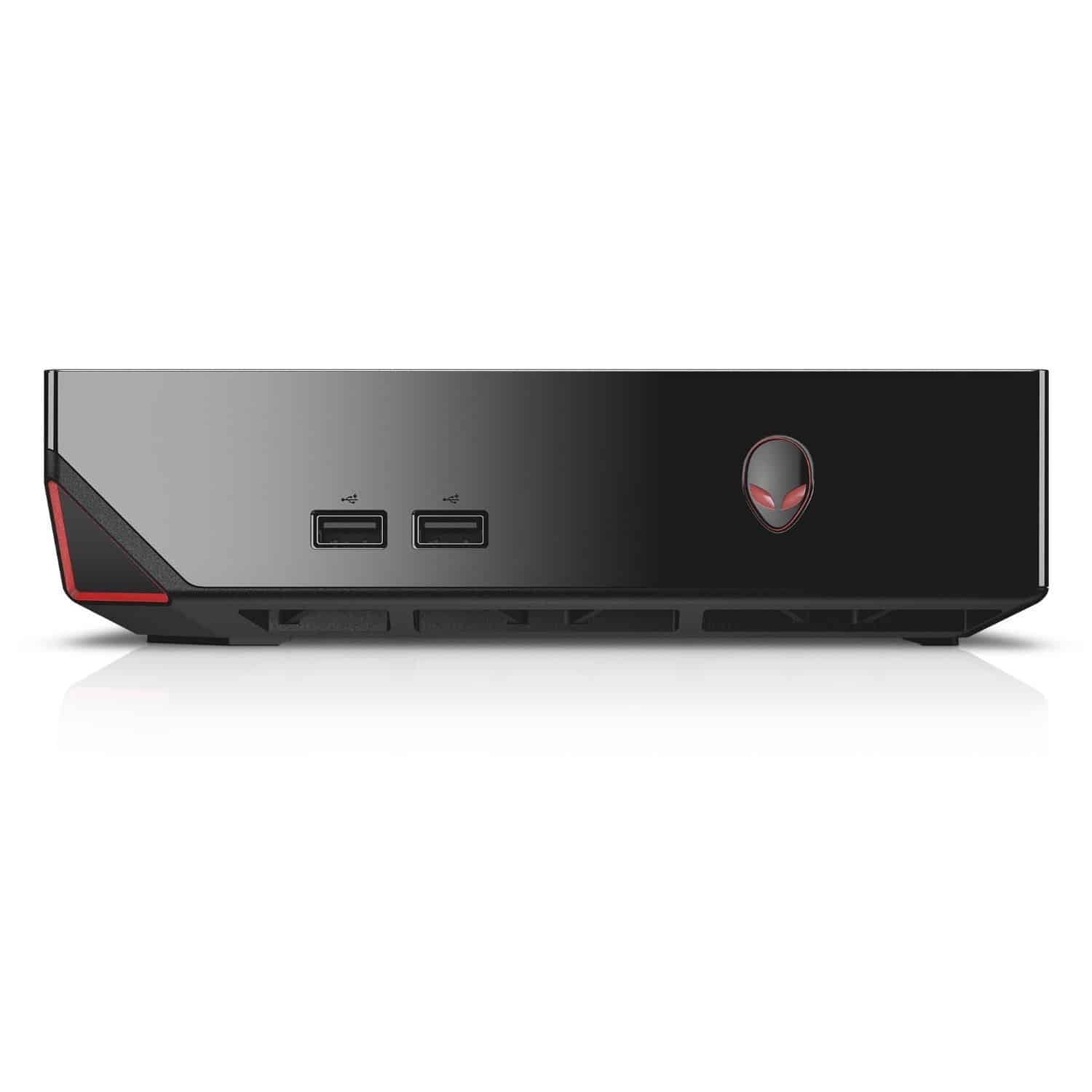 Alienware machines are generally known for being big, monstrous hulking machines, but that isn't the case with their Alpha series of desktops. These gaming machines are small and can fit nice and neat on top of your desk, but still pump out some great gaming performance. This model of the Alpha features an Intel Core i5-4590T CPU clocked at up to 3.0GHz, and for graphics it's using an NVIDIA GeForce GTX GPU with 2GB of DDR5 graphics RAM. It has 8GB of DDR3 system RAM, a 1TB 5400rpm Hard drive and comes running Windows 8.1. You can use this like any other full desktop and gaming PC, but it also comes pre-loaded with Steam and Steam big picture so you can use it kind of like a Steam box console as well, and it's the perfect size for it. 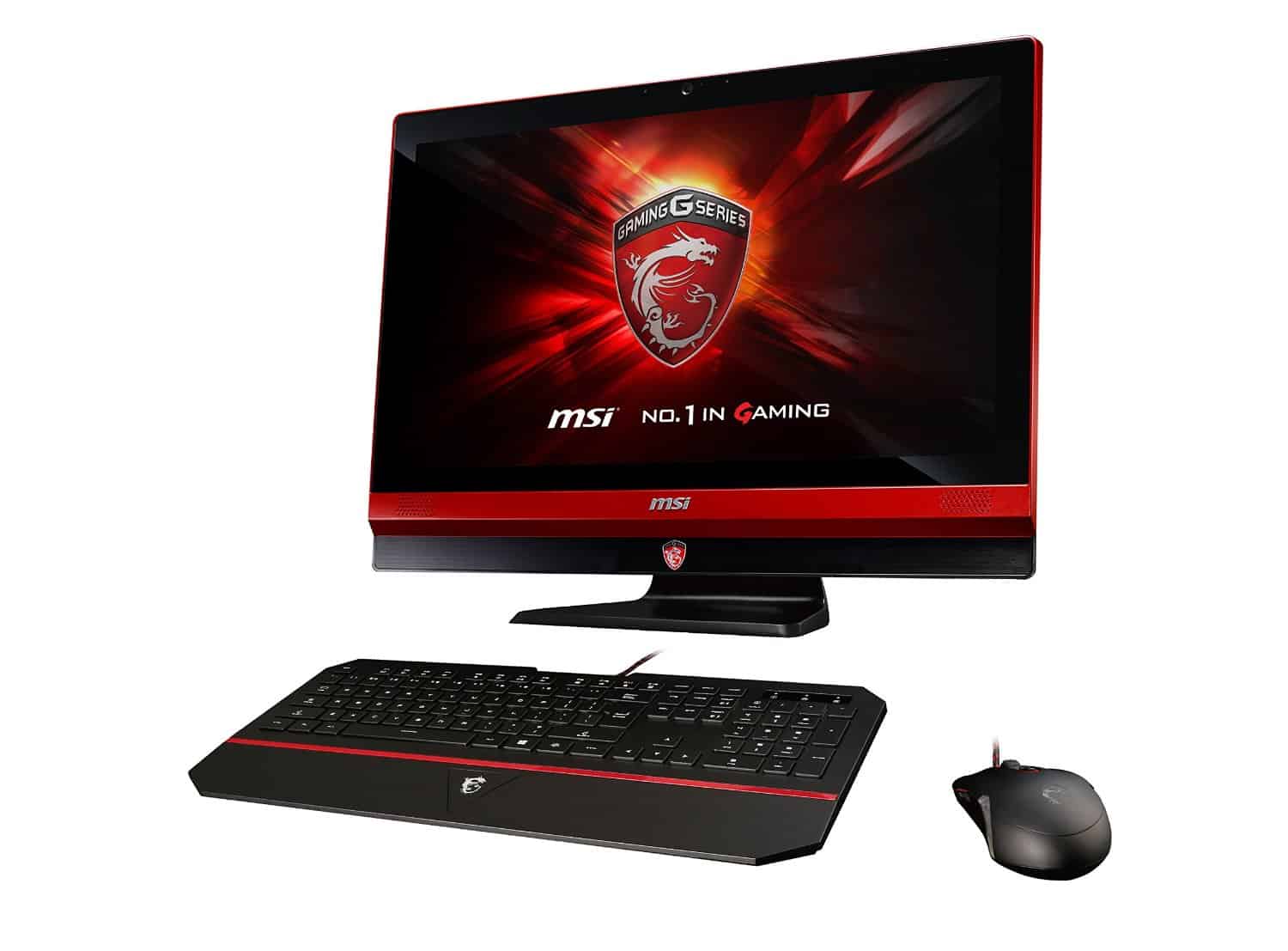 MSI makes some slick gaming machines and if you're looking for one that can still perform but also look good and save you some space, their all-in-one model is something you should consider. It comes running Windows 8.1 and is powered by an Intel Core i7-4720HQ CPU clocked at 2.6GHz. For graphics, it's powered by an NVIDIA GeForce TX 960M GPU with 2GB of graphics RAM. It also comes with 16GB of DDR3L SDRAM, a 1TB hard drive and a 128GB Solid State Drive, and all of that comes wrapped up in a 23.6-inch touchscreen display unit. It also comes with a dedicated MSI gaming keyboard and mouse. 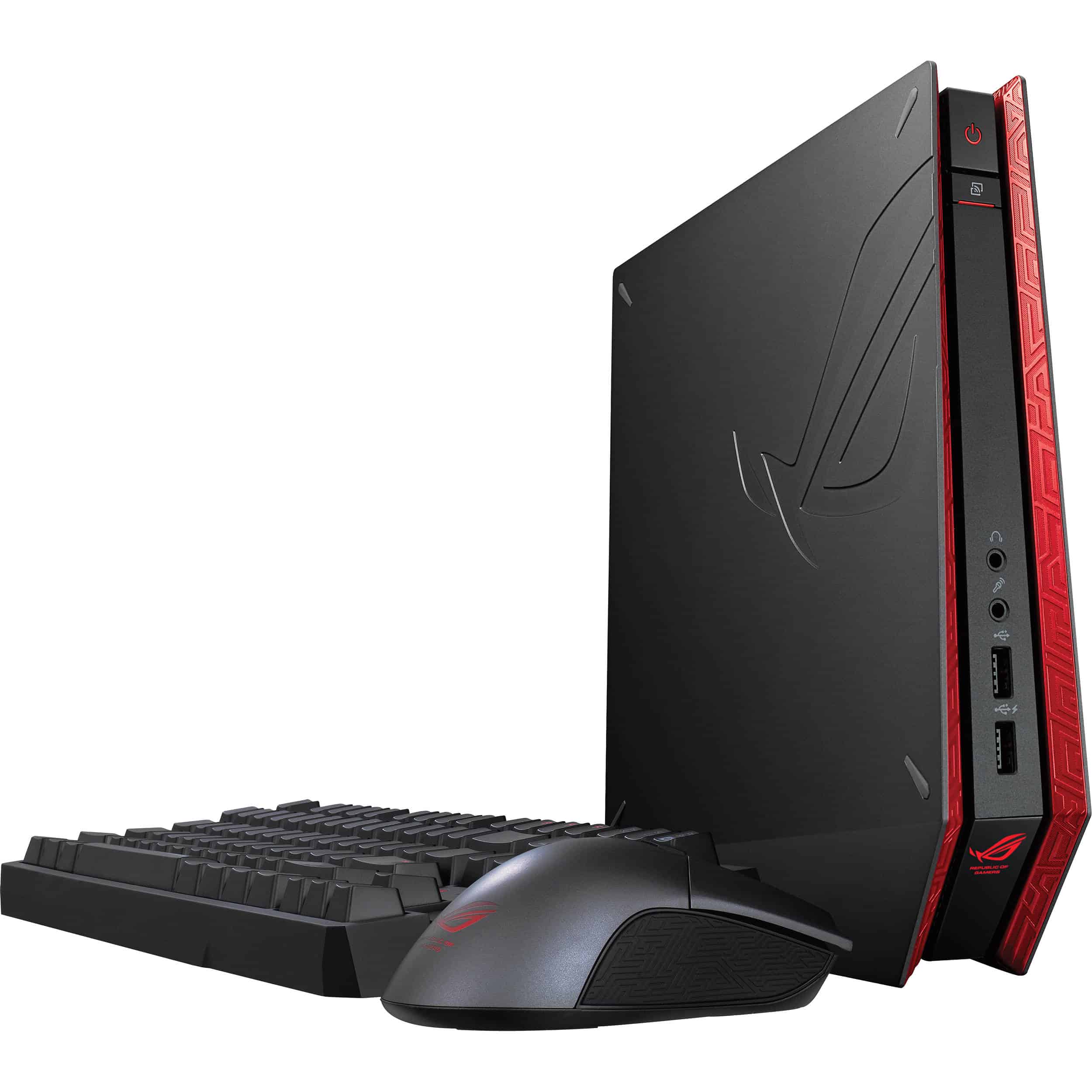 ASUS latest line of gaming desktops introduced this tiny little beauty. It saves on space and yet is still capable of putting out some great power and performance for anyone who needs a decent gaming machine. It comes running Windows 8.1 and is powered by an Intel Core i7-4510U CPU clocked at 2GHz, and for graphics it's running an NVIDIA GeForce GTX 750Ti GPU with 2GB of graphics RAM. It has 8GB of DDR3 system RAM, and a 1TB 7200rpm hard drive. If you want something that can handle games, sit topside on your desk and still leave you plenty of space, check this one out. 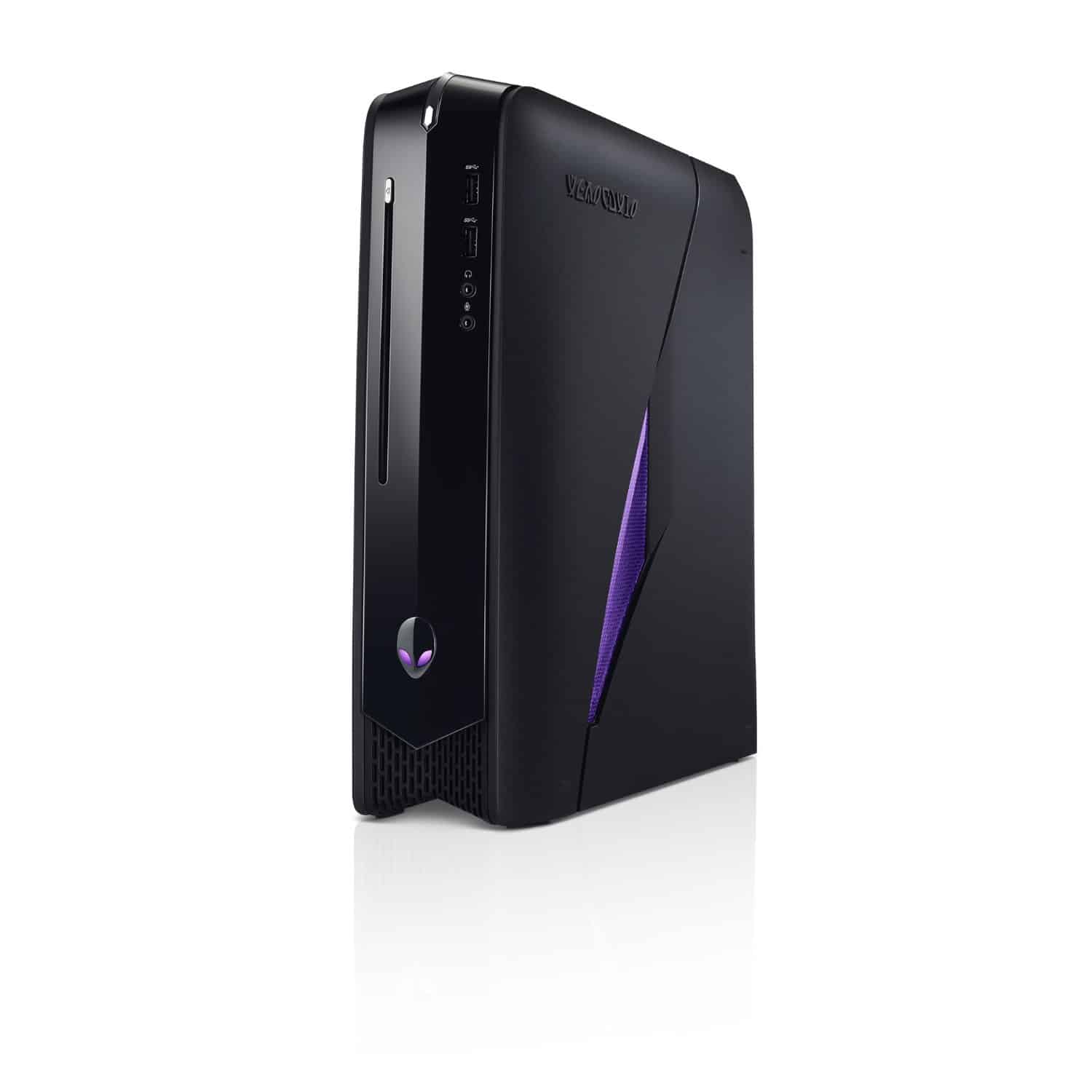 Alienware is a well-known brand for gaming, and the X51 desktop is capable of putting out some great performance while still looking great without taking up to much space. Having said that you should also be able to keep this situated top side on your desk. It's powered by an Intel Core i7-4790 CPU clocked at 3.6GHz, and it comes with an NVIDIA GeForce GTX960 GPU with 2GB of GDDR5 graphics RAM, 8GB of DDR3 system RAM, a 2TB SATA hard drive, and comes running Windows 8.1. It doesn't come with a monitor but it does come with a dedicated gaming keyboard and mouse made by Alienware.