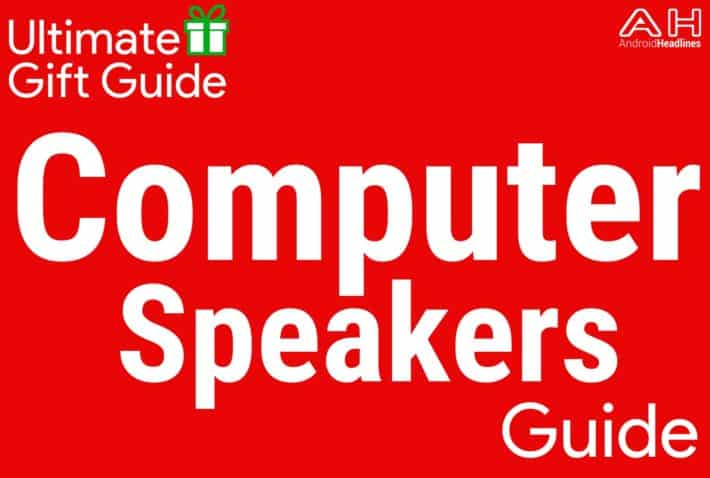 While computer speakers aren't necessarily a need for everyone, if you either enjoy better audio than what your laptop or monitor put out, or if you use a monitor for your desktop that doesn't have built-in speakers, then you'll end up needing something to push out the sound. Here's our top 10 list of the best computer speakers which would make great holiday gifts. 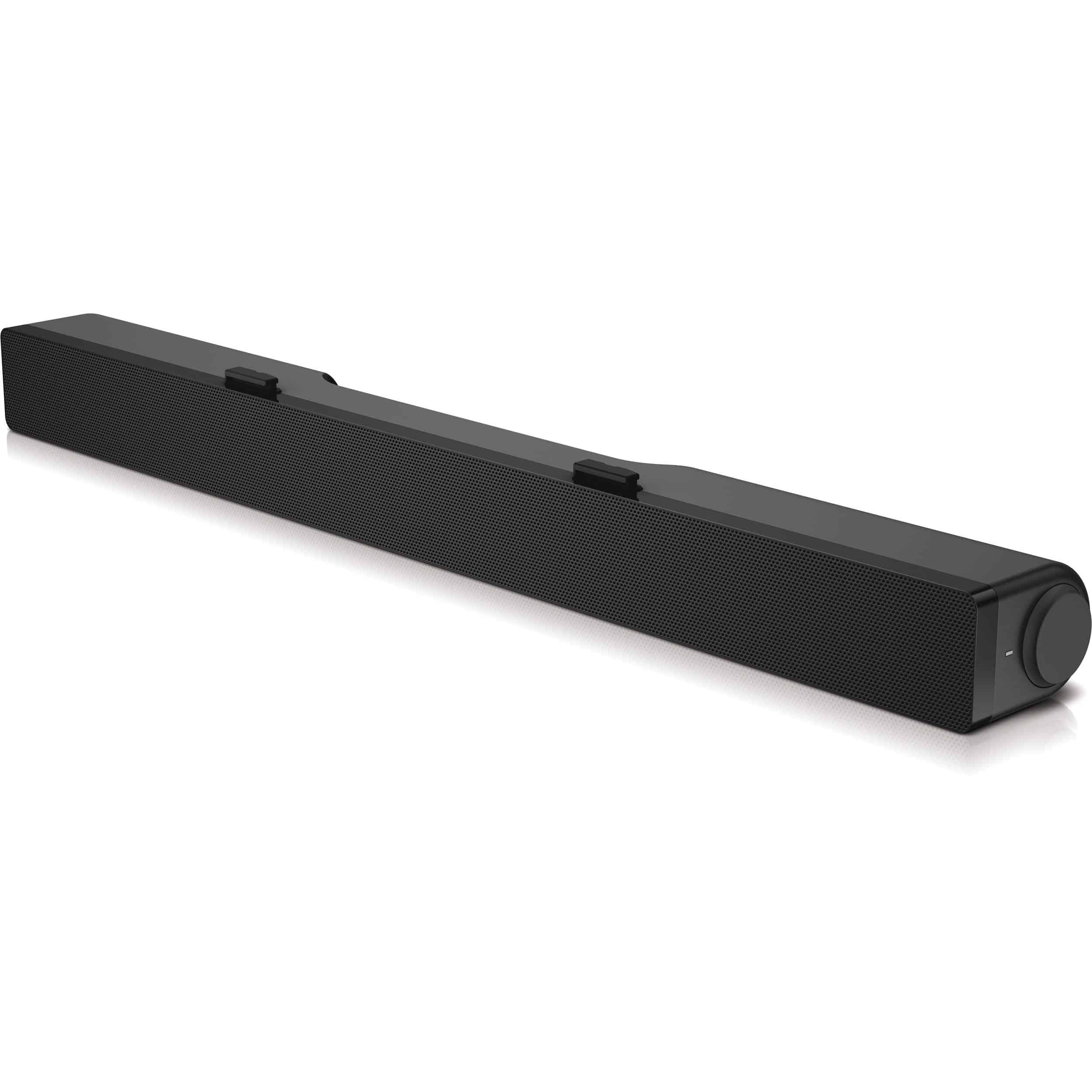 If you want something a little basic but still stylish for not a lot of money, the Dell AC511 model wired soundbar looks great and works just as good for any monitor setup that doesn't have built-in speakers. It also won't cost you an arm and a leg so whether you're buying just one or multiple units for multiple monitors, it's sure to come at a decent price. There's not a lot of extras or frills here, but that simplicity means it's easy to setup and even easier to use. Just plug into an open USB port, and there's no rechargeable battery as it draws power from the computer it's plugged into. 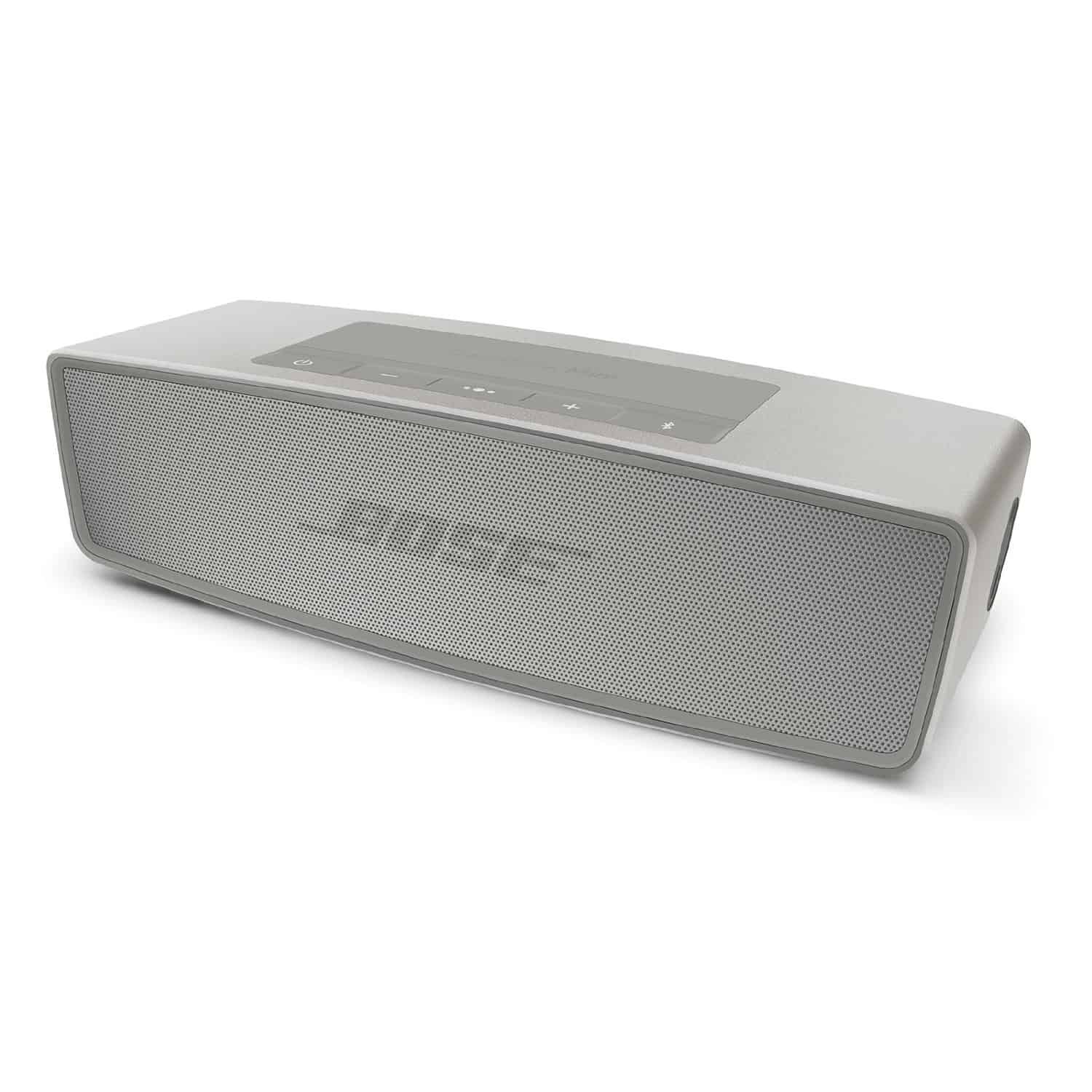 Bose is extremely well-known as a top-tier audio brand, and quite simply it comes to quality. They live up to that standard with their line of Bluetooth speakers, and if you aren't one for wires and prefer something portable yet functional for desktop or laptop use, the Bose Soundlink Mini II will get the job done. You can expect these speakers to fill the room with rich sound and plenty of bass when you need or want it, and should you need to use it for hands-free calls the speakerphone feature can enable you to do so. You can charge it via the microUSB while on the go, or you can keep it on the cradle while at home or in the office so it stays charged during use. It's also rated for about 10 hours of battery life during use on a full battery. 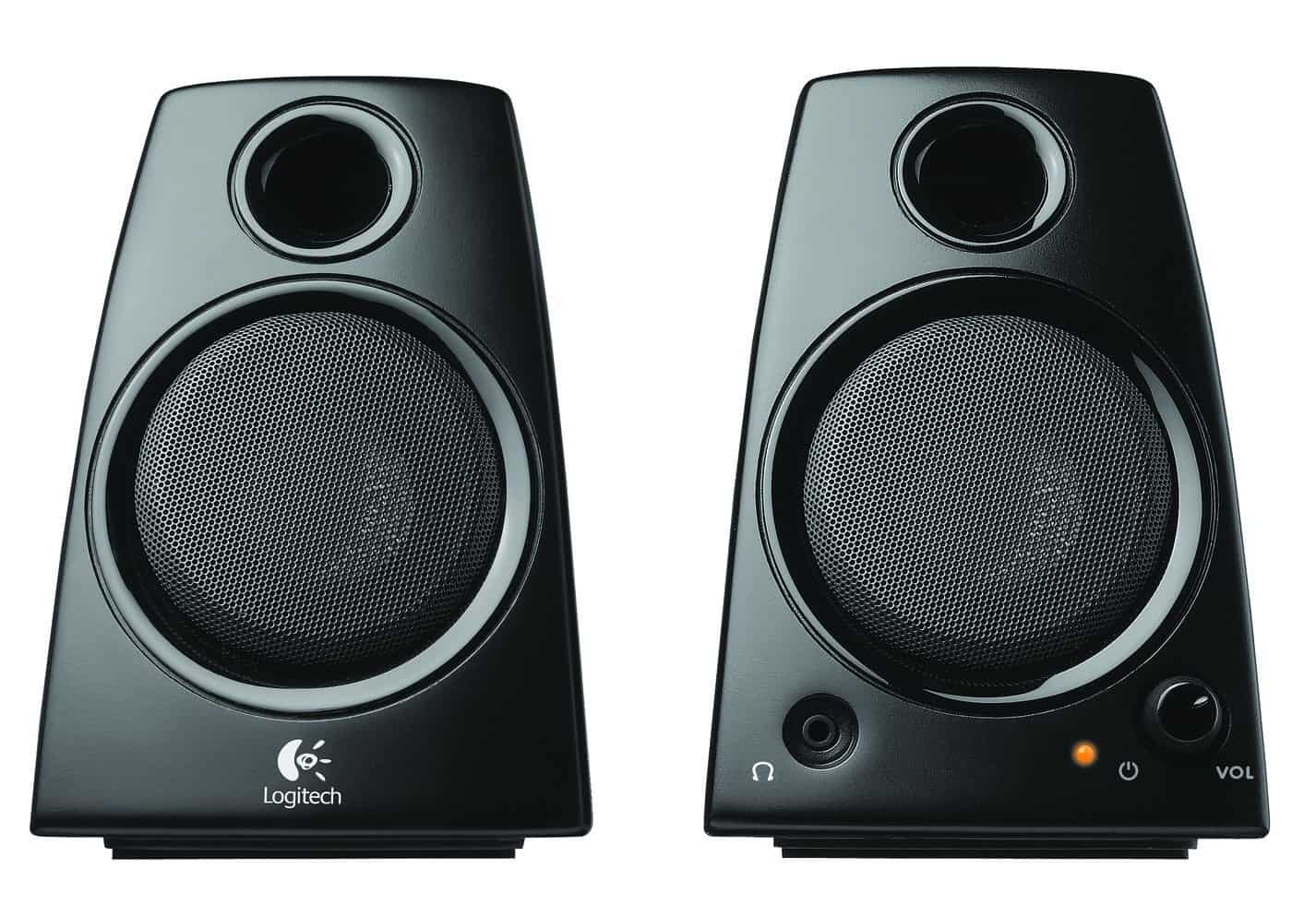 Great sound doesn't have to come at a high price, and the Logitech Z130 speakers are proof of that. They provide stereo sound so you still get the feel of audio coming from two directions, and they're easy to use with the power button and volume dial sitting right on the front. You plug these into a 3.5mm audio port on your computer and if you need to use headphones there's a 3.5mm audio port on the front. 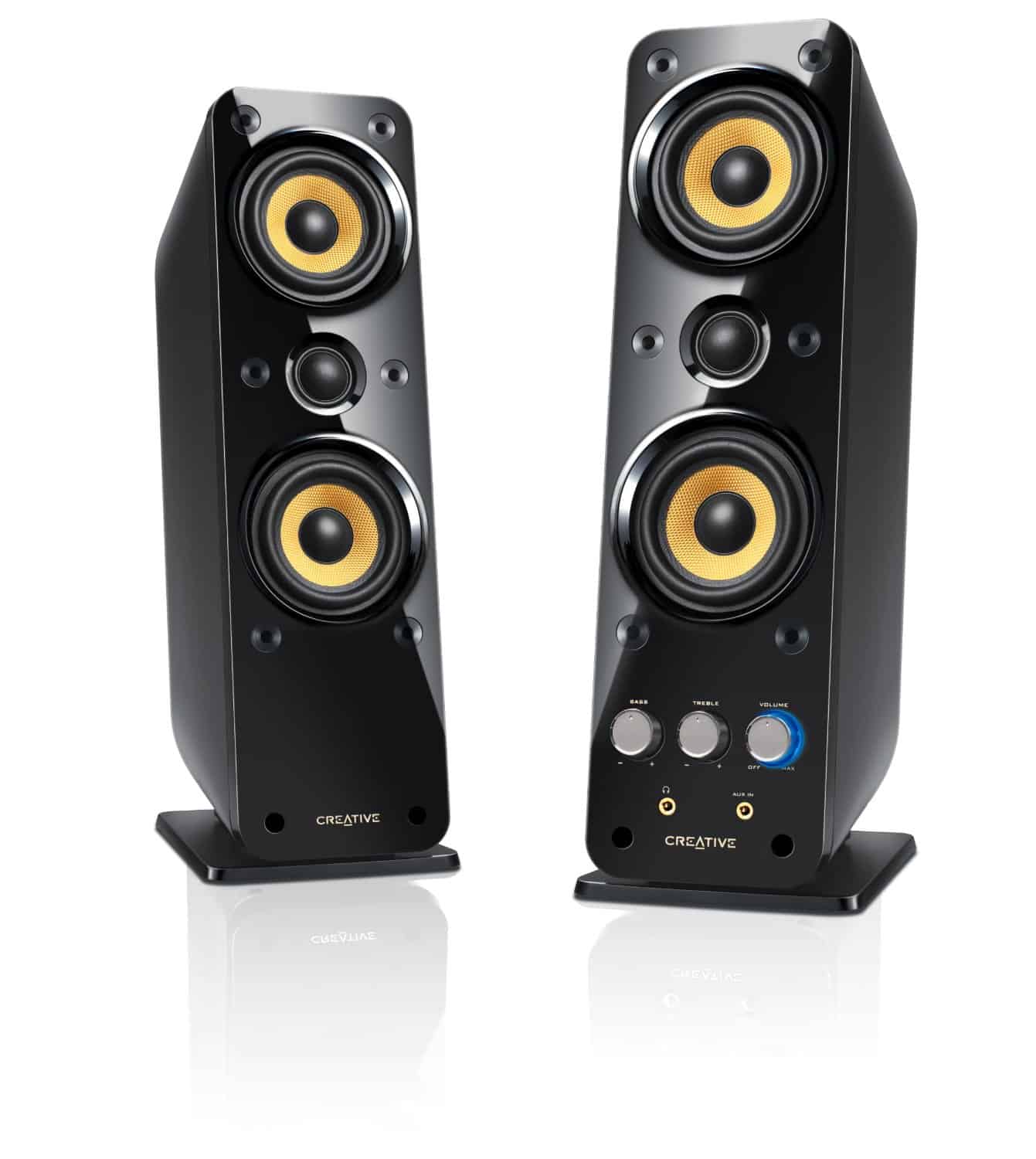 If you want some serious sound on a smaller budget, check out the Creative Gigaworks T40 series II. First and foremost, they can deliver heart-pounding sound without a subwoofer thanks to the BasXPort technology that's built in. You have a little more control of the sound here as there are dials for your volume as well as for the bass and treble levels so you can optimize the audio to sound just how you like it. They come with everything you need to set them up, so all you need to do is sit back and enjoy them. 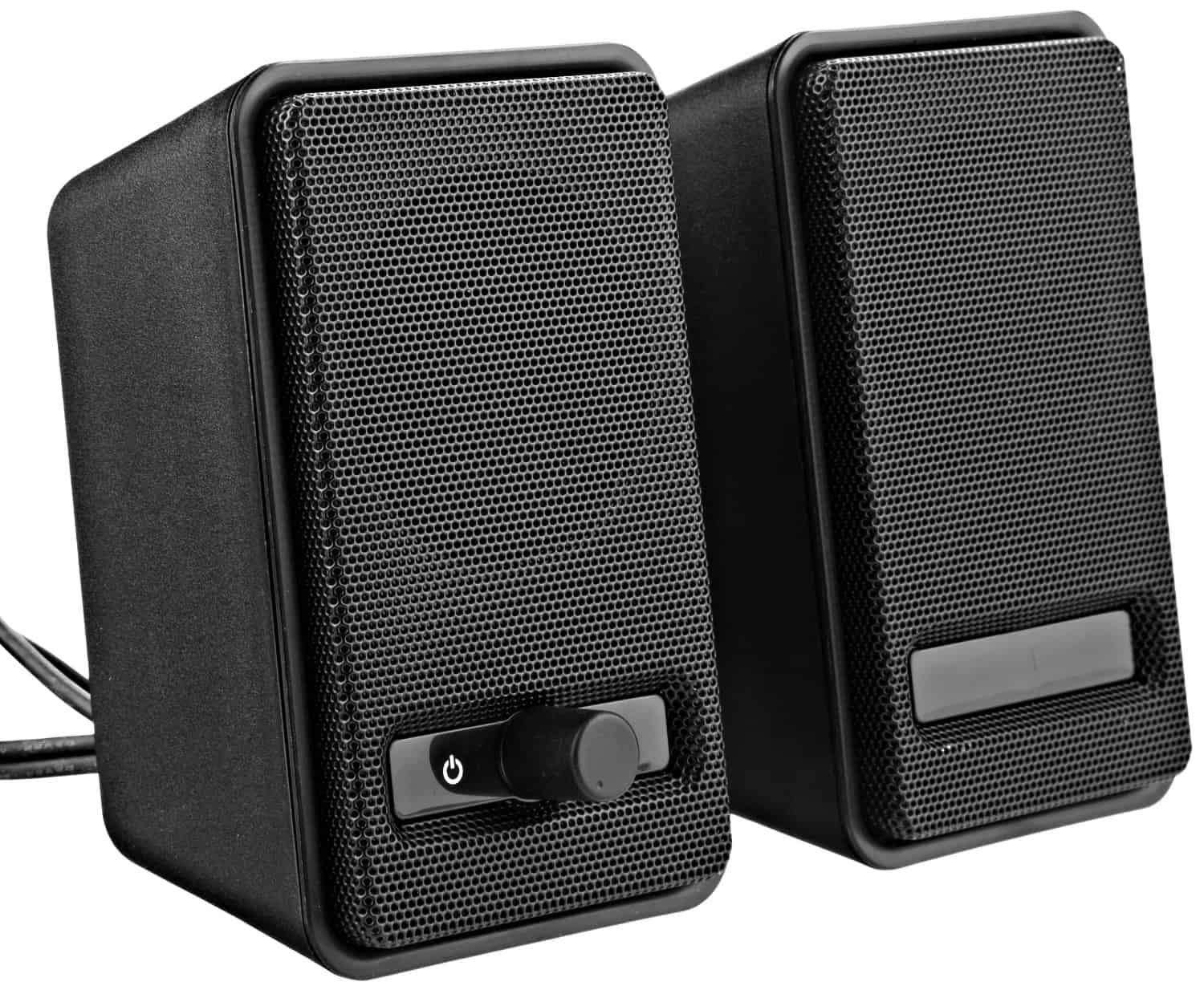 In the essence of simplicity, the Amazon Basics speakers will deliver just that to your audio experience for your computer needs. They're connected to your machine through USB for ease of use so you don't need a 3.5mm audio cable, and it comes complete with its own power supply. You also have easy access volume controls on the front and a standby mode for when you don't want to power the speakers down but also aren't using them. 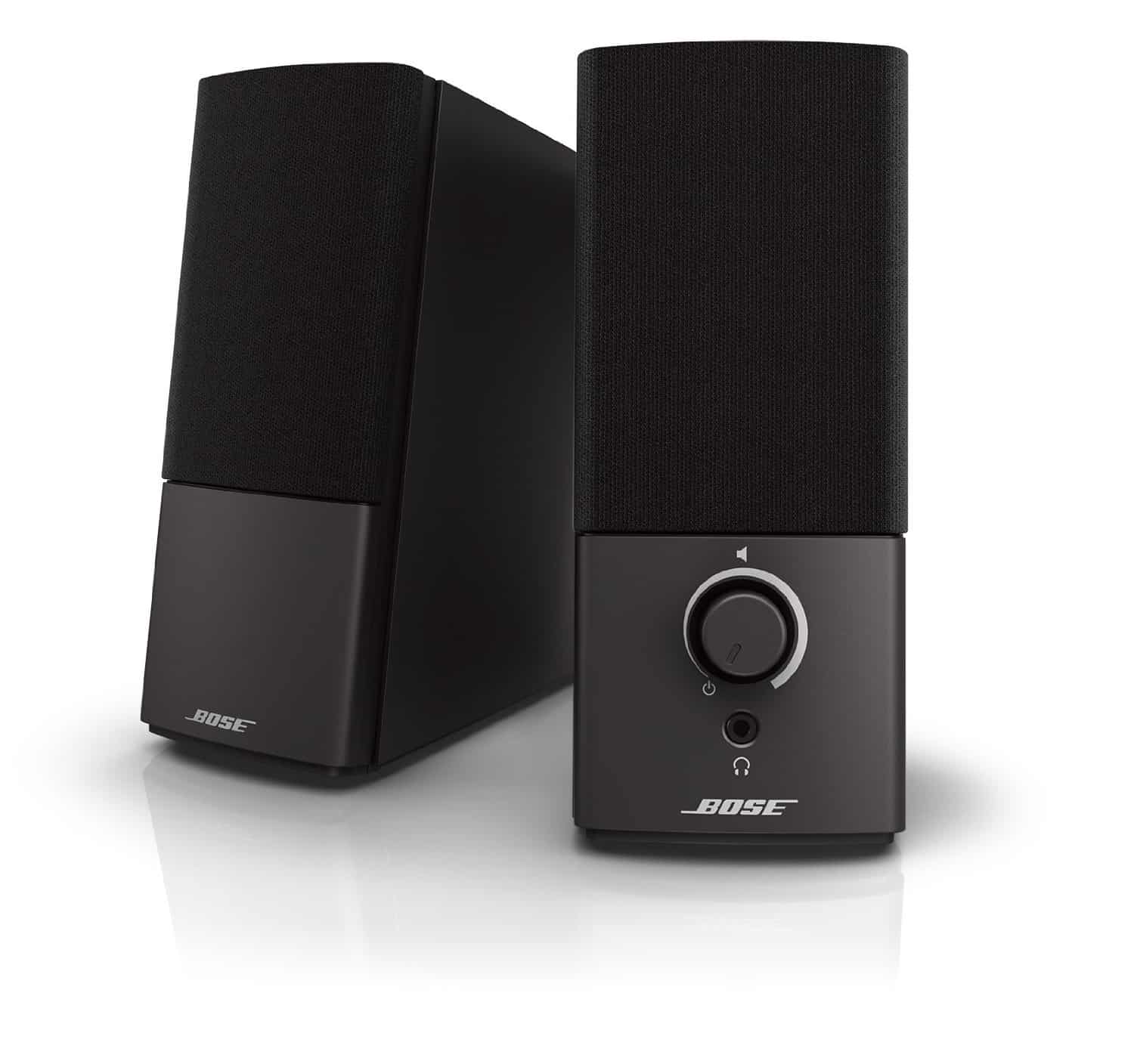 With Bose delivering excellent quality, it shouldn't be a surprise to see them listed twice. This time though these are a proper set of computer speakers and not a wireless Bluetooth option, which might be better suited for some people. A front volume dial and a 3.5mm audio port make it easy to manage the volume or plug in a pair of headphones if you need, and the slim design makes them easy to fit in just about any space on your desk. 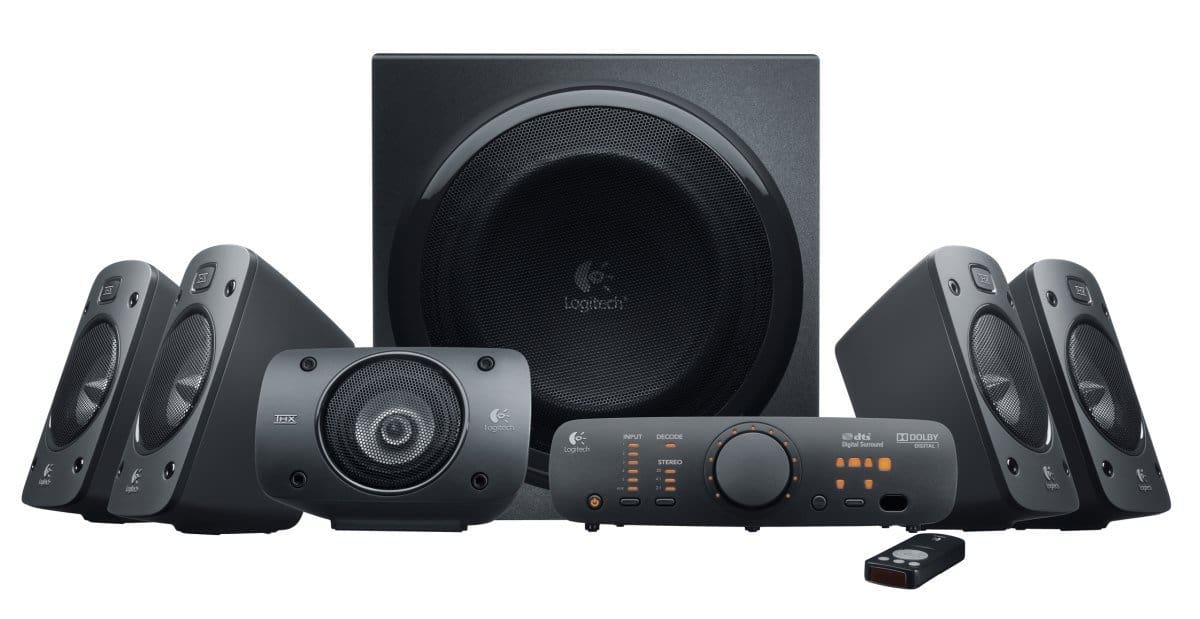 Those who enjoy and take their audio seriously may want to opt for something of a higher caliber, like a surround system that elevates your gaming, music, and movie experiences on your computer to a much higher level. The Logitech Z906 Surround Sound system can provide just what you're looking for. These are certified with THX home theater sound so you anything coming through sounds its absolute best. The 5.1 Dolby Digital surround will make everything sound as if it's coming at you from all directions, as the 5-speaker system pumps out 500 watts of power to completely fill the room with rich sound and ground shaking bass. You can also connect multiple devices up to it at one time (up to 6) so you can experience the best sound possible for any of your devices. The entire system is comprised of 5 satellite speakers, 1 sub-woofer, a stackable control console and to make things easy, a wireless remote so yo don't have to get up to adjust the sound. 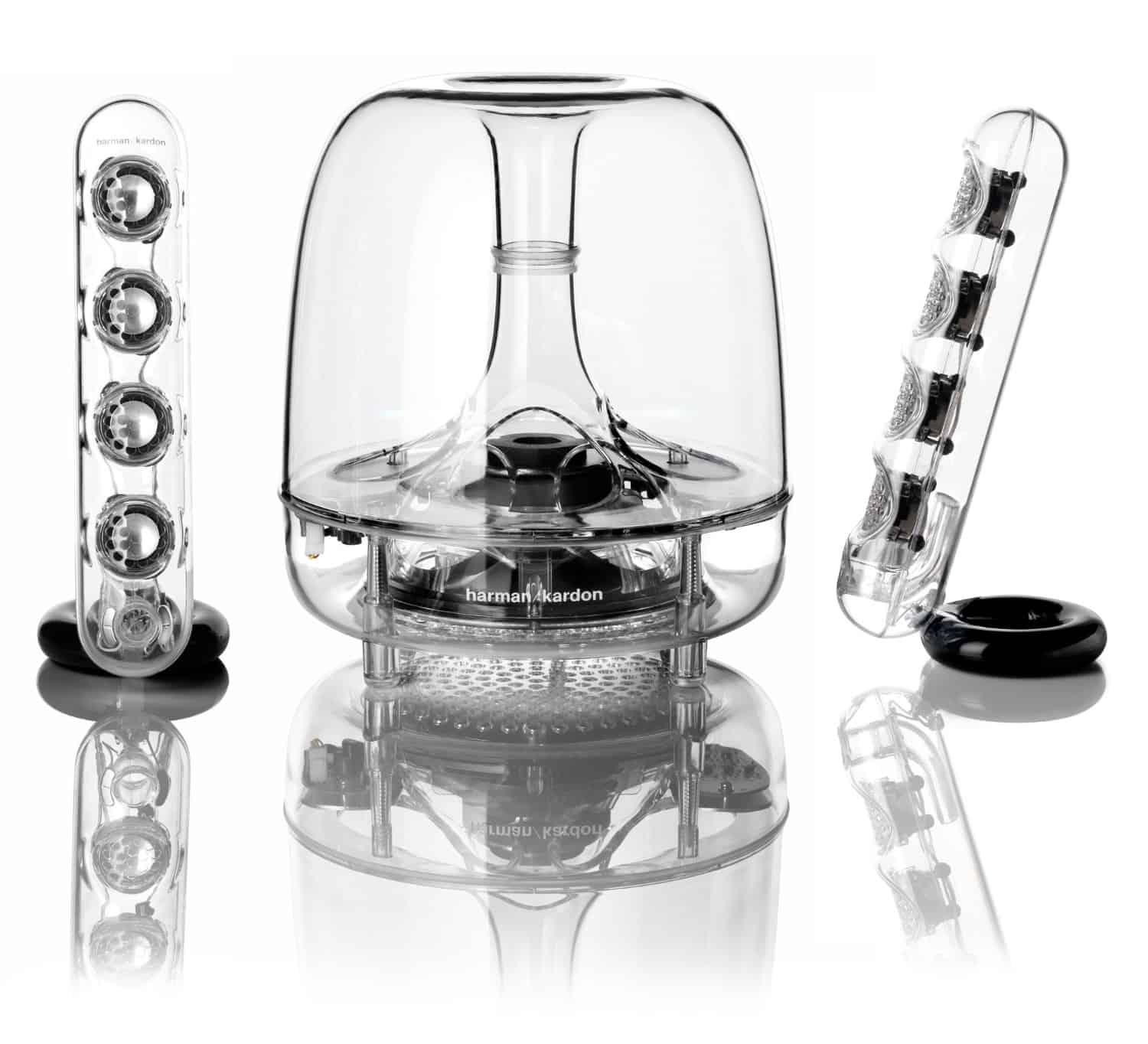 If you want a speaker system without all the frills of the previous item, the Soundsticks III from Harman Kardon are a nice option. They feature a sleek and stylish clear design to fit with just about any computer setup, and is made up of two bar style speakers and one subwoofer for clear and exceptional sound and heart thumping bass. Managing volume is easy with simple touch controls to turn the speakers up or down, and the satellite speakers can be positioned at different angles for the perfect sound specifically tailored for your personal setup.The setup puts out 2.1 channel audio, and comes with everything you need to hook them right up including the audio and power cables. 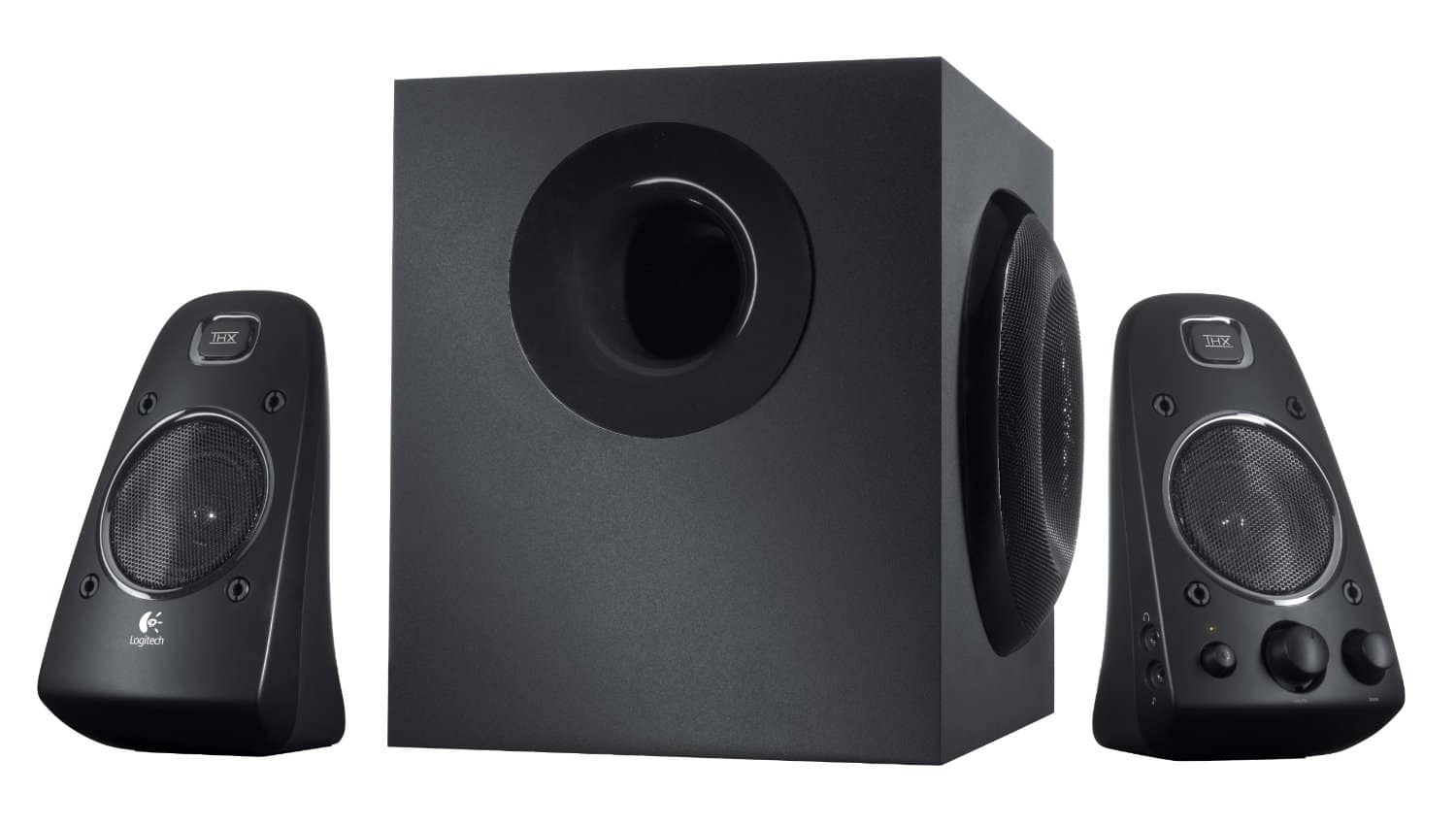 Similar to the Harman Kardon's up above, the Logitech Z623 offer 2.1 channel sound through 2 speakers and a 200-watt subwoofer. This system is THX certified so you can expect an immersive experience for whatever it is you're doing. The system is also versatile and can be used to hook up your game consoles, computers, TV etc. so you aren't limited to using it with just one device as it supports up to 3 simultaneous connections. Management of the volume is also simple thanks to the on-speaker controls for volume and bass.

While these are directed at gamers, they make for a great surround sound system for non-gamers too. The setup features 5.1 channel sound for an immersive feel for movies, music, and games, and easy controls thanks to the included wireless remote. The complete output for the system is about 80-watts so it won't be as powerful as something like the Logitech Z906, but they're also a fraction of the cost. If you need to listen to things without disturbing others, you can simply plug in headphones via the 3.5mm audio port.