Protecting your smartphone is a pretty important thing. After all, you spent some good hard earned money on that phone, you’re going to want to protect it and keep it safe. We’ve rounded up about 10 smartphone cases for 5 of the most popular smartphones available right now. From makers like Spigen, Poetic, Verus and more. Let’s check them out. 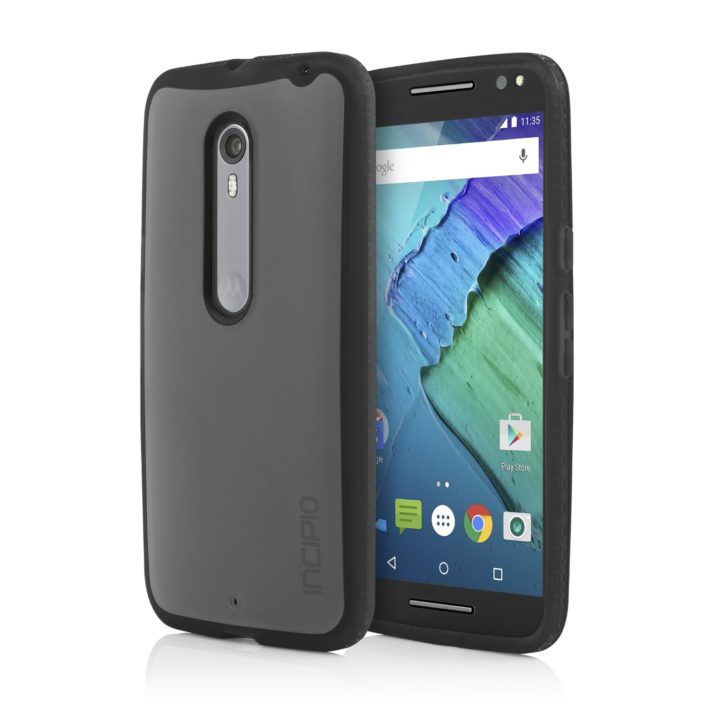 The Octane case from Incipio is a great choice for your Moto X Pure Edition/Style. It’s basically a TPU bumper, with a somewhat clear backside, so that you can still show off that great design you made in Moto Maker when you picked up your Moto X Style or Moto X Pure Edition. The Incipio Octane case will also keep your phone safe from any drops that it may encounter. 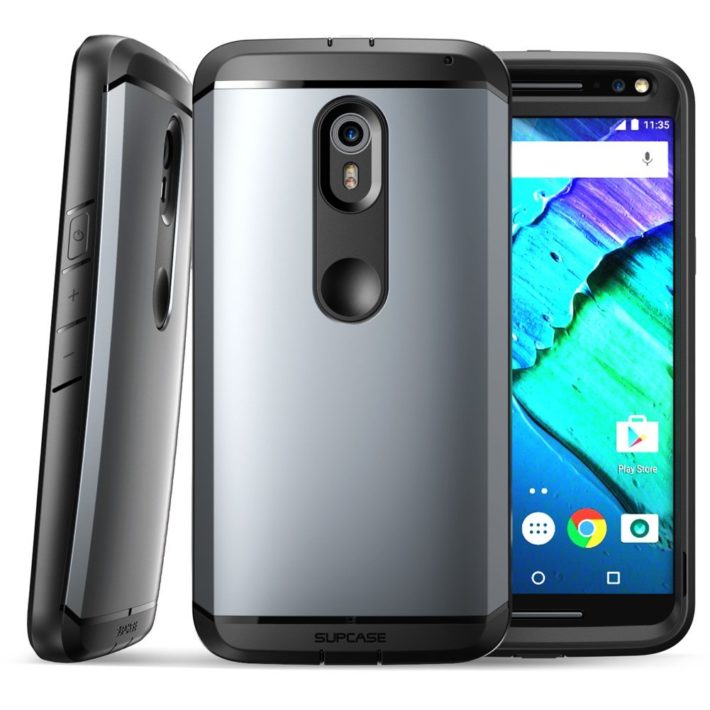 Need something with a bit more protection than Incipio’s offering above? SUPCASE has a great option here in their rugged, and water resistant case for the Moto X Style/Moto X Pure Edition. There are two layers of protection here. The bottom layer is a TPU case, that is nice and soft and won’t scratch up the Moto X Style. Then there is a hard case that goes on the outside. This is to absorb all of the impact when you drop your smartphone. 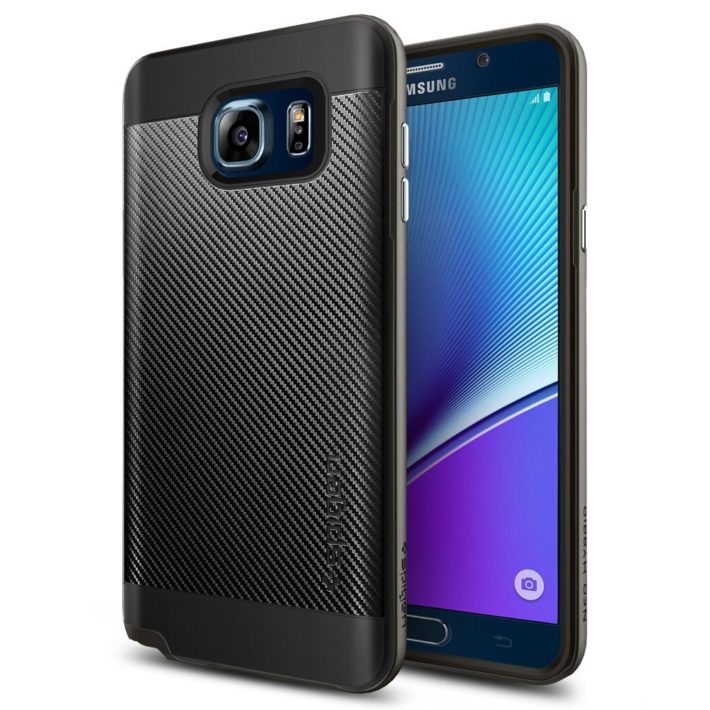 While this Neo Hybrid is a somewhat thin case for the Galaxy Note 5, it does provide some great protection. With a TPU inside, and a PC frame, it takes all of the impact and keeps your Galaxy Note 5 in one piece. It is also available in a slew of colors including Dante Red, Gunmetal Gray and Black. Meanwhile it still has an opening to get the S Pen out of its silo. 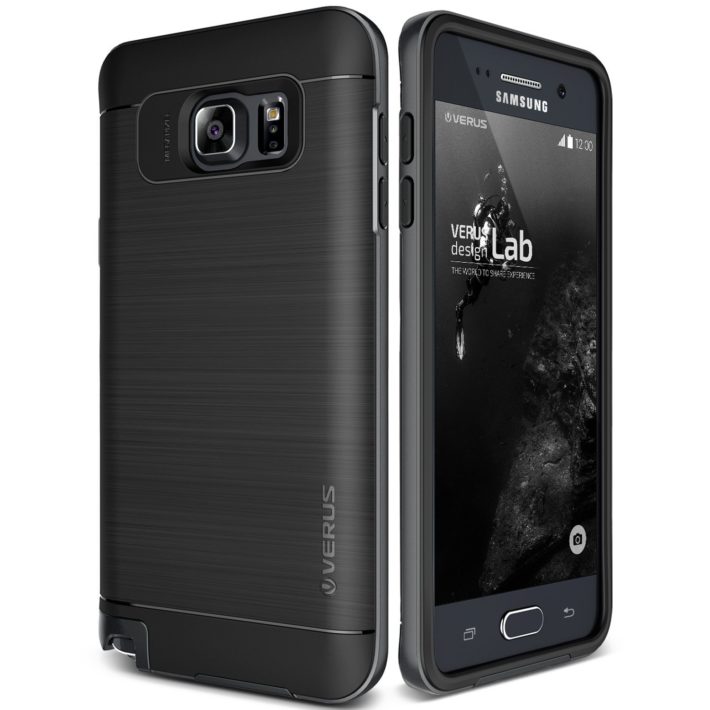 Here’s another good looking dual-layer case for the Galaxy Note 5. Again we have a TPU shell around the Galaxy Note 5, with a hard case on the outside. The hard case is actually brushed metal, not real metal of course, it looks good and can take some impact. Verus also has a lip over the screen here on the Galaxy Note 5, and the reason for that is if you drop your phone and the display hits the ground first, it’ll be protected. 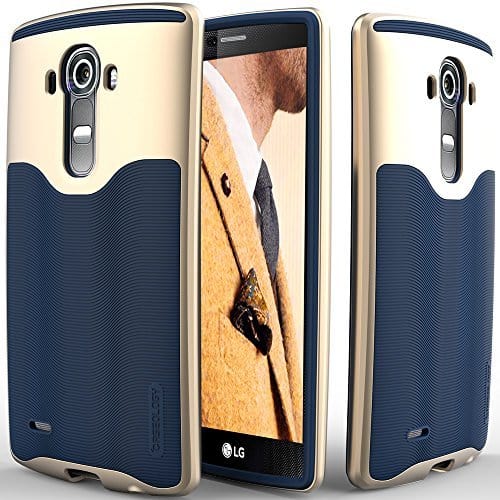 Caseology has a stunning case here for the LG G4, which does include a cut out on the back for the camera, volume rocker, power buttons as well as the laser auto-focus and flash. It is available in a few colors including blue, black, pink, red and turquoise. The case has a good amount of grip as well, on the back, so that you can easily hold onto the LG G4 and not risk dropping it. That’s definitely something that none of us want to do. 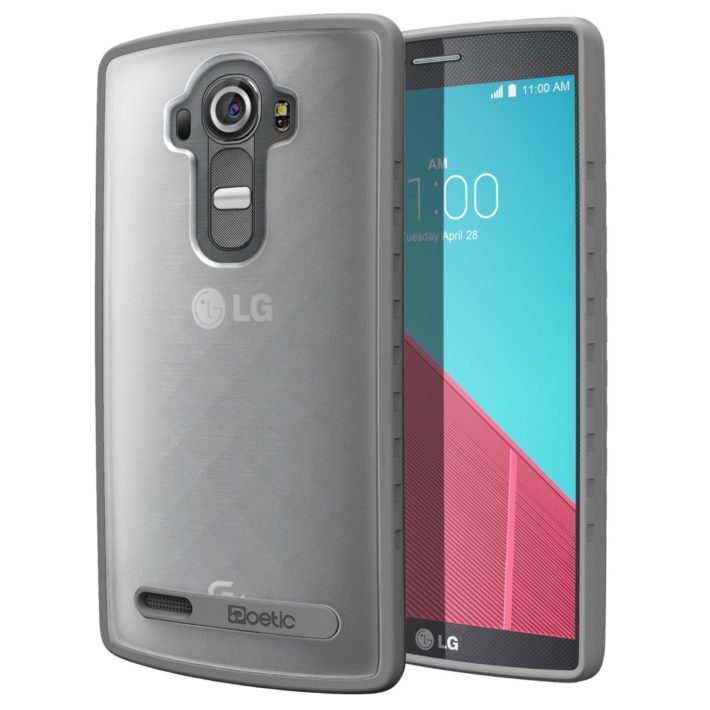 Poetic has made quite the name for themselves in recent years, and this here is their TPU bumper for the LG G4. It’s available in both white and gray. Additionally, it also adds some grip to the LG G4, so you don’t risk dropping your brand new smartphone. Poetic also has a raised lip here on their Affinity Series bumper, which adds more protection to the LG G4, in case it does get dropped on the display. 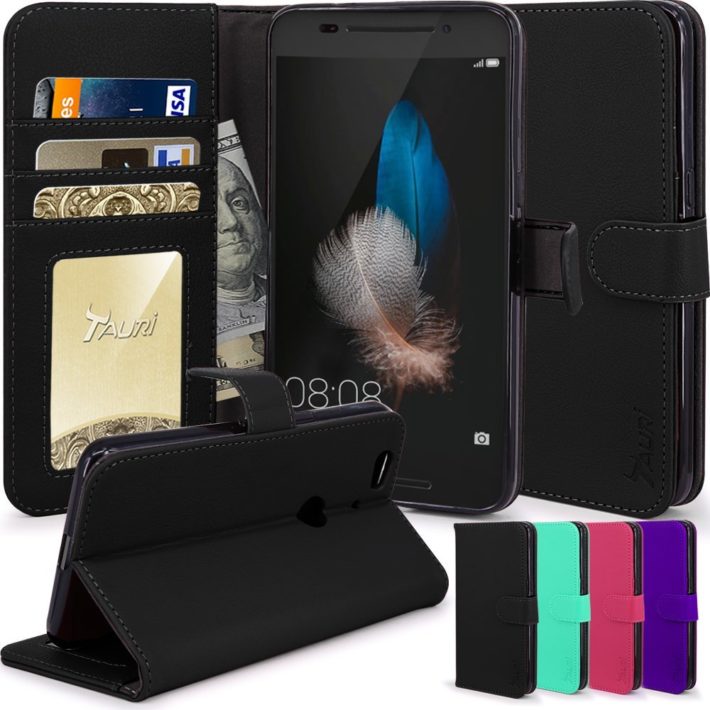 The Nexus 6P is a great looking smartphone from Huawei and Google, with it’s raised camera module, it’s gonna need some protection. And Tauri is here to help with their leather wallet case for the Nexus 6P. It fits perfectly, with cut outs for everything. Additionally, it also is a folio case, so you can stand the phone up in landscape mode and enjoy a YouTube video or two. 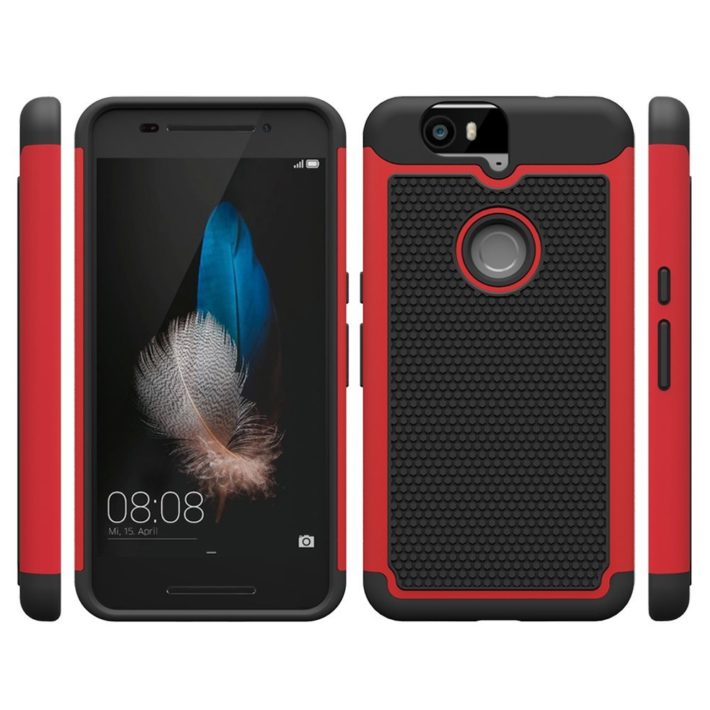 This case here from Oeago is a pretty interesting one. It’s a pretty protective case, as it it pretty thick, and rugged. But it does also have a cut out for the fingerprint sensor on the back. Oeago offers this case in a slew of colors, which include red, blue and black. Like a lot of these other cases, this is also a dual-layer case, with a silicone layer against the Nexus 6P and a hard case on the outside to take impact. 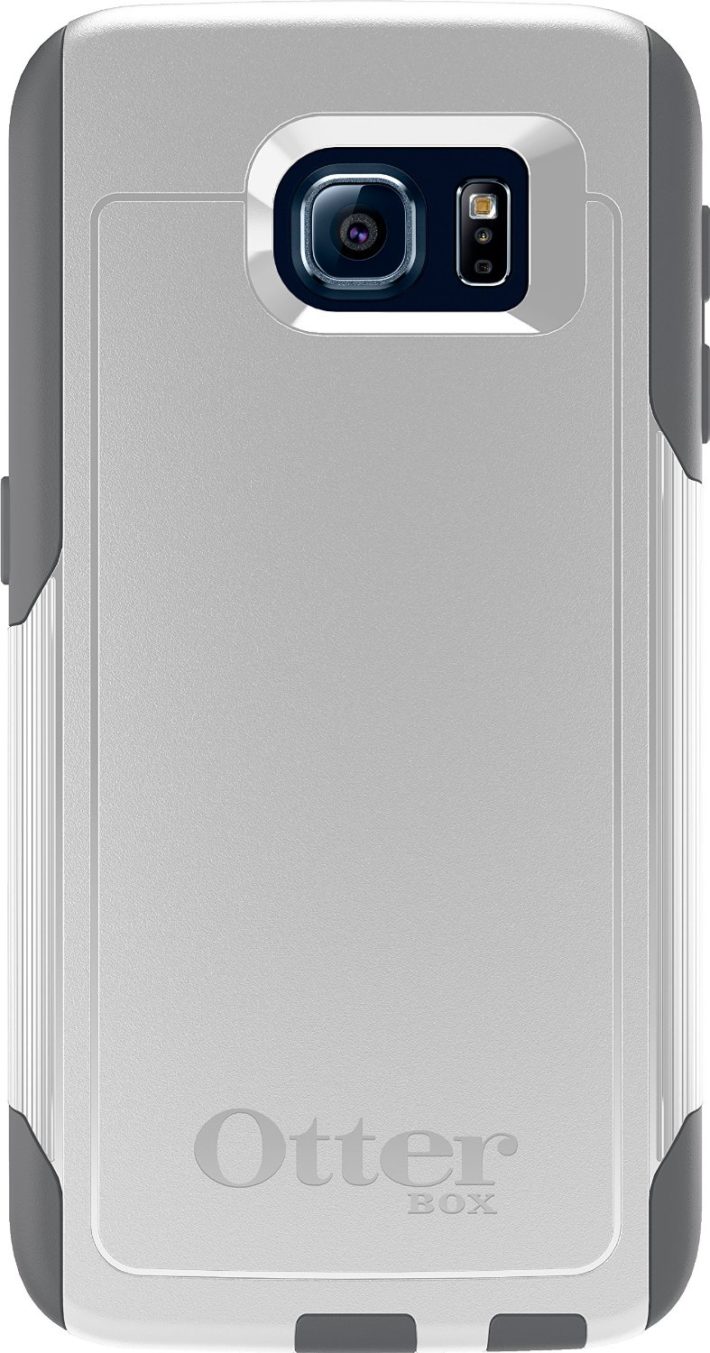 A name we all know very well. Otterbox has their Commuter Series case available for the Galaxy S6. Now for many of us, this case is just simply too big for everyday use. But those that are at construction sites and such and need a really rugged case, this is definitely a good case to pick up. There is a TPU layer that goes up against the Galaxy S6, and a hard case that goes on the outside, to protect it from drops and falls. There is also a screen protector included here. 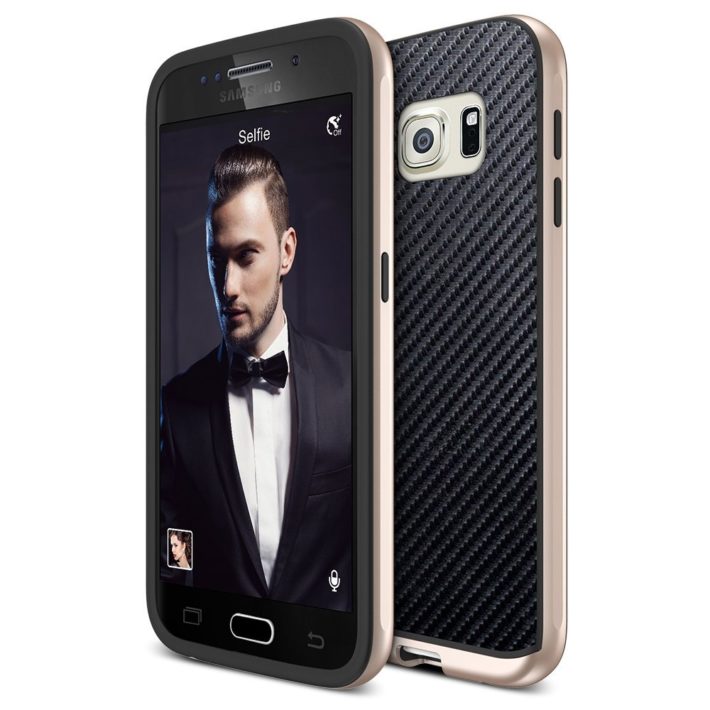 This one for the Galaxy S6 looks really nice. It’s a thin case, and a pretty stark contrast from the last Galaxy S6 case we talked about. It does include plenty of protection though, on the front, sides and the back, which is always important. However it is nice and thin, which will keep the bulk away, so that you can still fit this phone in your pocket with ease.

Buy the Maxboost Case for the Samsung Galaxy S6 from Amazon