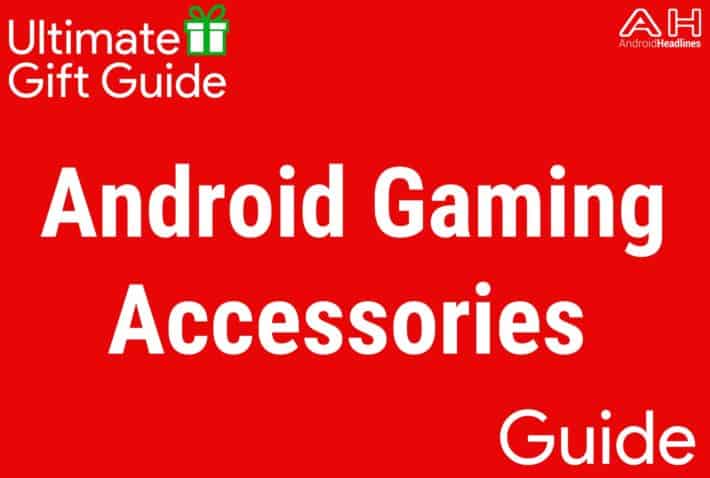 Mobile games come in all forms in plenty of different genres, and whether you play Android games on your smartphone, your tablet, or your Android TV unit, a few accessories can really help to enhance the experience in one way or another. If you're a seasoned Android gaming enthusiast or even if you've just picked up your first game recently, here's a list of the top 10 best Android gaming accessories to make the most of games on the platform. 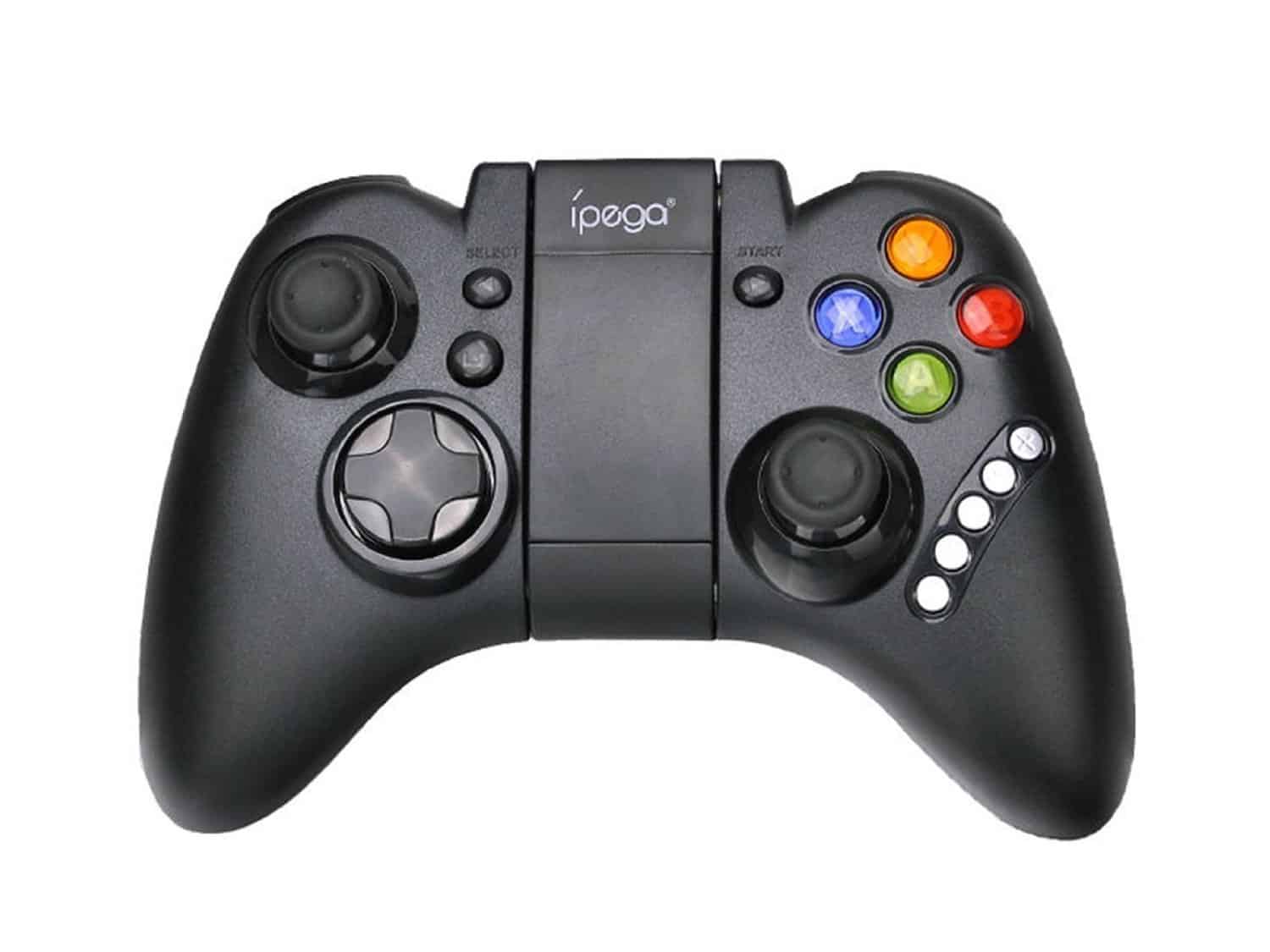 There are quite a few wireless game controllers out there for mobile devices, and the IPEGA wireless Bluetooth Controller Classic is one you should consider. It features a wide range of buttons including dual joysticks, a D-pad, a, b, x, y, action buttons, left and right bumper and trigger buttons, and a clamp to hold your phone in place while you hold the controller and continue your gaming session. The rechargeable battery on the inside boasts up to a 20-hour lifespan before it needs to be charged up again so you can rest assured you'll get plenty of game time in, whether it's all at once or in short spurts. The gamepad also features a set of media controls below the action buttons for managing the increase and decrease of volume, as well as pause, play, and skip/rewind features for media. It supports Android 3.2 and up. 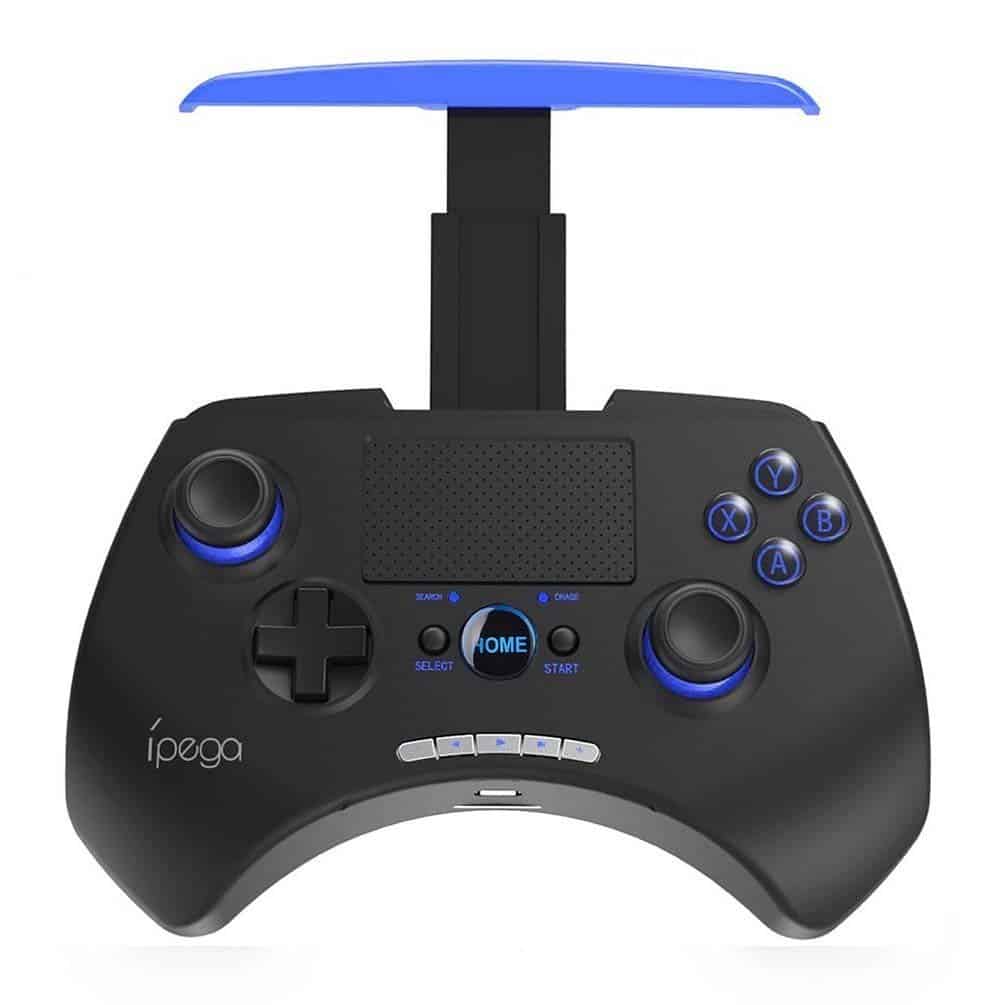 Another IPEGA gamepad for those who don't yet have a controller they can use for Android and other mobile games. The PG-9028 not only features dual joysticks, a D-pad and action buttons just like the controller before it, but it also features a touch pad in the middle akin to what you'll find on the dual shock 4 controller. Also like the other IPEGA, you'll find a set of media controls here for pause/play and volume management, and a telescopic bracket/clamp to hold your device, supporting up to 5.5-inches in size. The PG-9028 supports Android 2.3 and above, and a battery life of about 20 hours use. 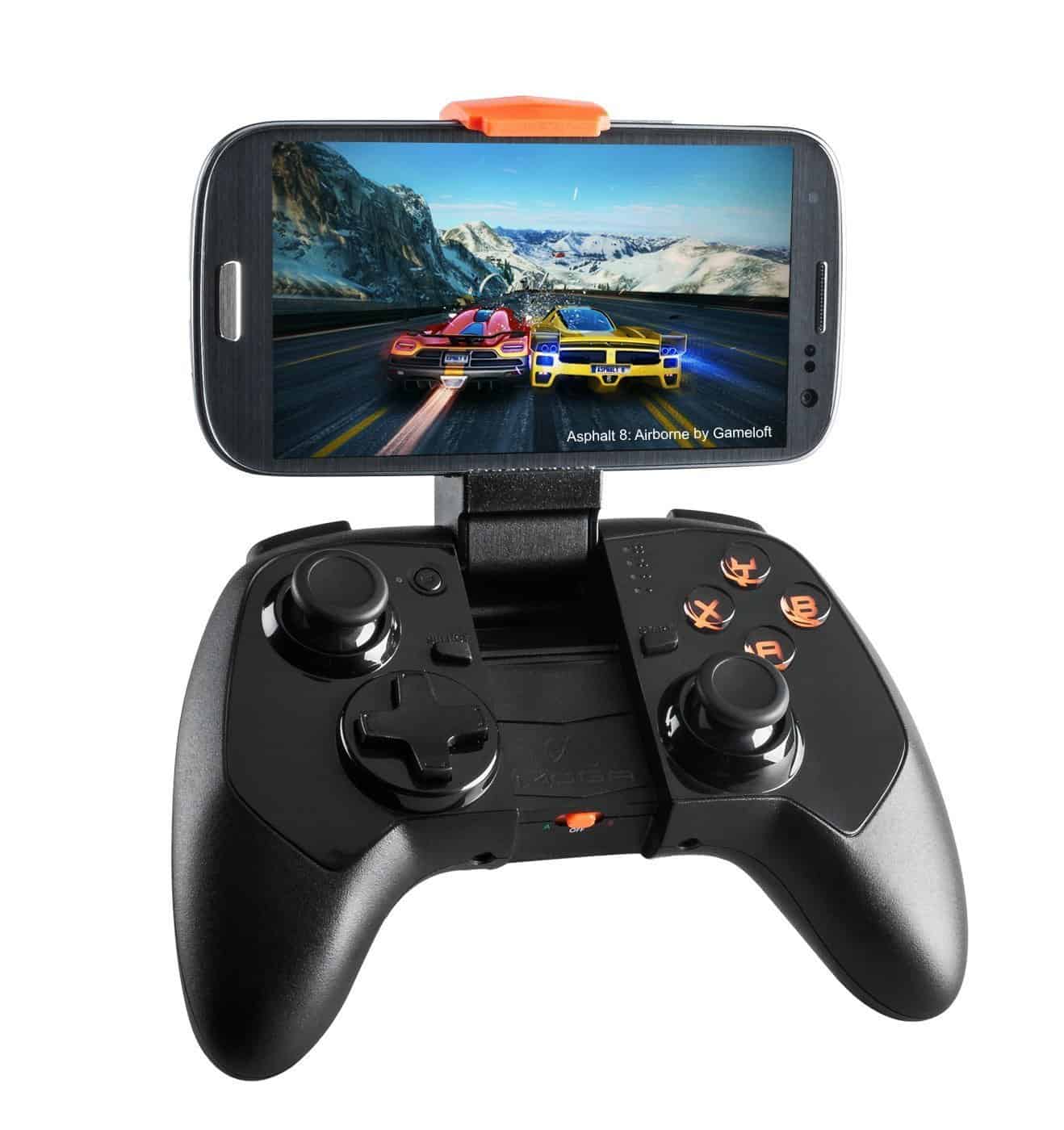 The MOGA series of gamepad from Power A are quite possibly what made gamepads for mobile games so popular, in no small part thanks to their success. Power A's Pro Power model of the MOGA controller is a full size gamepad that comes with a built-in clamp to hold your device while you play, but it also features a power bank capability to charge your phone while you play as well with the built-in 2200mAh battery inside. The included microUSB cable plugs into your device while the other end attaches to the controller, transferring battery life from one device to the other.

Buy The Power A MOGA Pro Power From Amazon 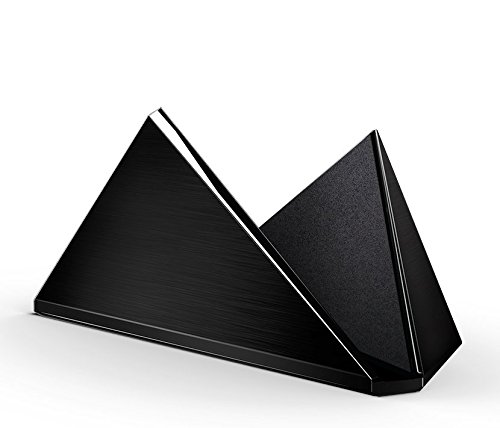 If you own the NVIDIA SHIELD or are planning on getting one, there's no better way to make it look sleek than with the stand that allows it to sit vertically wherever you place the console. In addition to making it look nicer, it also has a functional and practical purpose of saving you space which can mean the difference in being able to set it up in a specific location. The stand is made from one piece of crafted aluminum and matches the console to keep the design uniform. 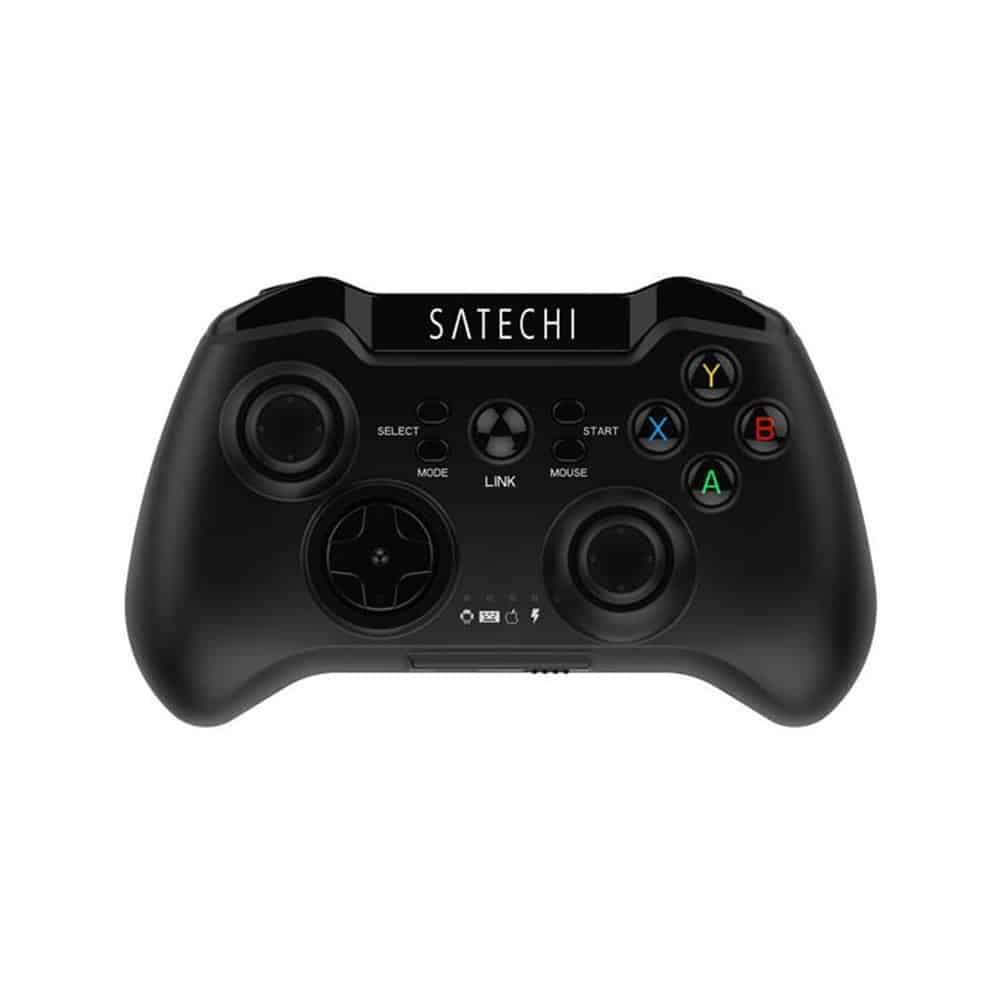 Satechi's new wireless gamepad connects to your device via Bluetooth and for many will feel right at home in their hands as it resembles the shape of an Xbox controller. It has 14 buttons including 4 action buttons and left and right trigger and bumper buttons, as well as dual joysticks and a D-pad. The included spring up grip extends to allow for placement of your device to be locked in and held in place in front of you, so you can see everything and still game with traditional gamepad controls. The Satechi gamepad also carries a 220mAh battery that should last you about 20 hours before needing a recharge, which should pan out to be some pretty long gaming sessions. It also has three modes including iCade mode, Android/Mouse mode, and PC mode to support iOS, Android, and Windows. 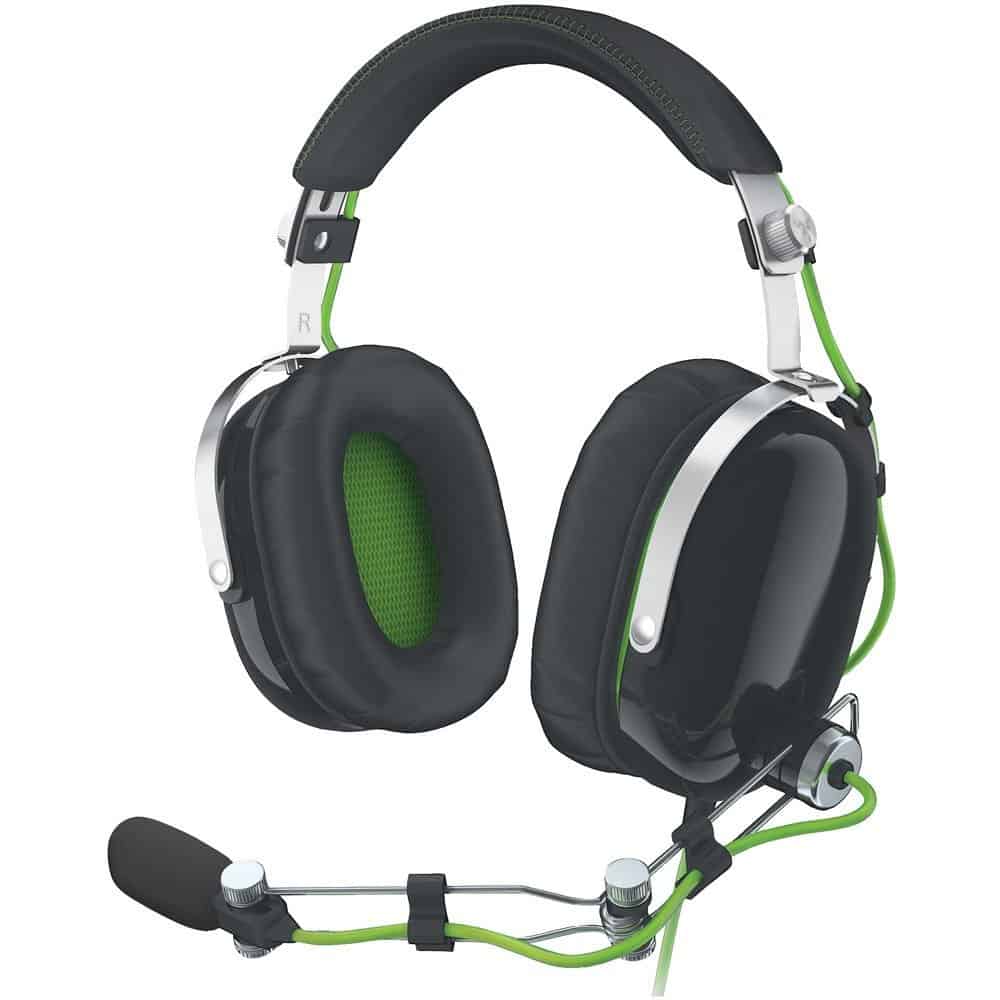 Razer's Blackshark headphones aren't just gaming headphones meant for Android and other mobile devices, but it is one of the uses Razer has built into them. The mic is even detachable so they're more easily portable for some on-the-go gaming. With earcups made from memory foam that also isolate noise, you can be sure you'll get the best experience for your gaming audio and feel more immersed while also staying comfortable. 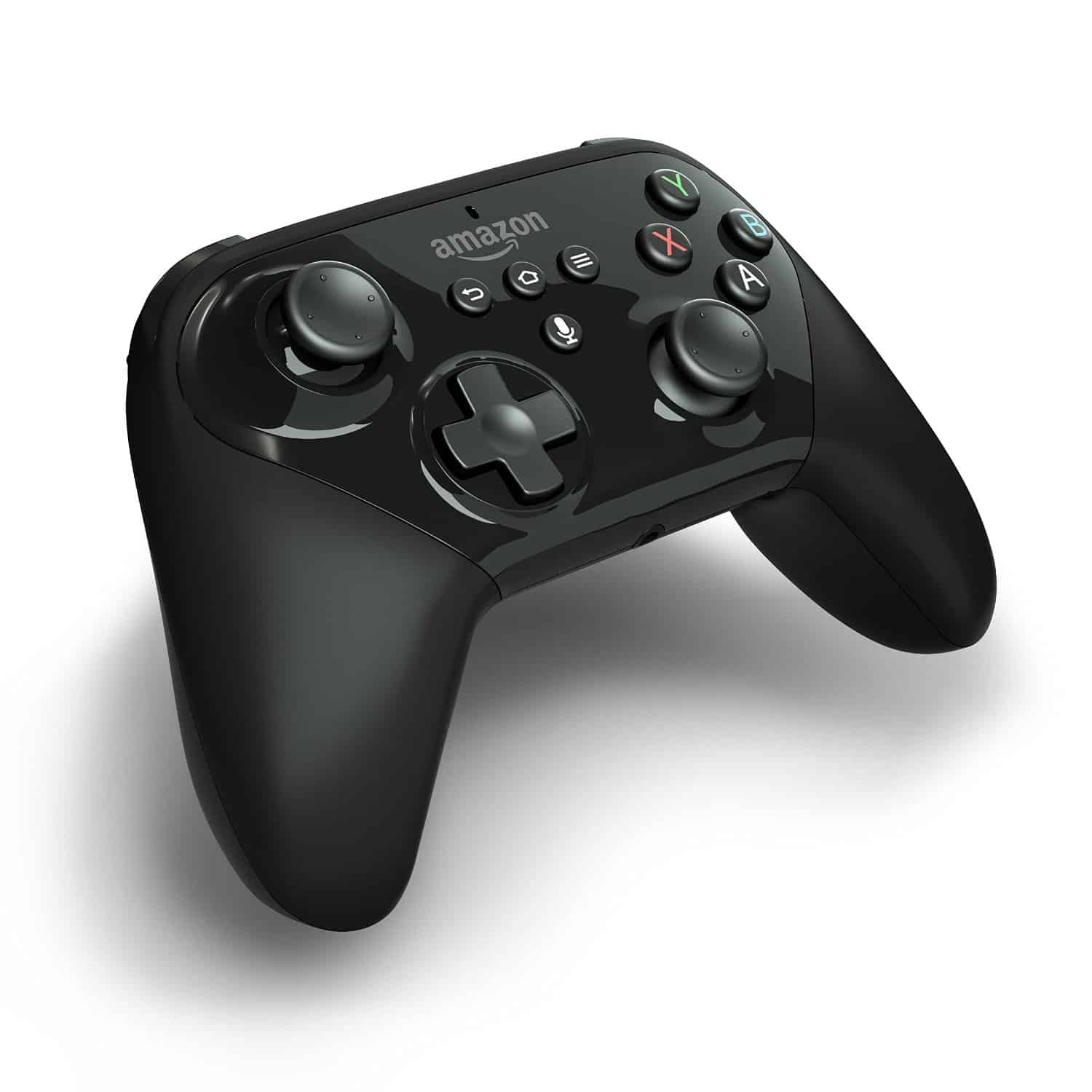 Amazon's new Fire TV game controller to go along with the All-New Fire TV is a must have if you have the new unit, and although there isn't much change from the original controller this one supports voice search, if you're looking for that functionality. As far as the setup goes, it has dual joysticks, a D-pad, home, menu, voice search, and back button in the middle, four action buttons and left and right trigger buttons up top. It also supports games on the Fire TV Stick in case that's the Fire TV unit you own, and if you want to listen to your game, movie, or music audio privately you can simply plug in a pair of 3.5mm headphones via the audio port on the bottom. Instead of a rechargeable battery the controller takes your standard AA batteries, which Amazon rates at giving you 90 hours of play. 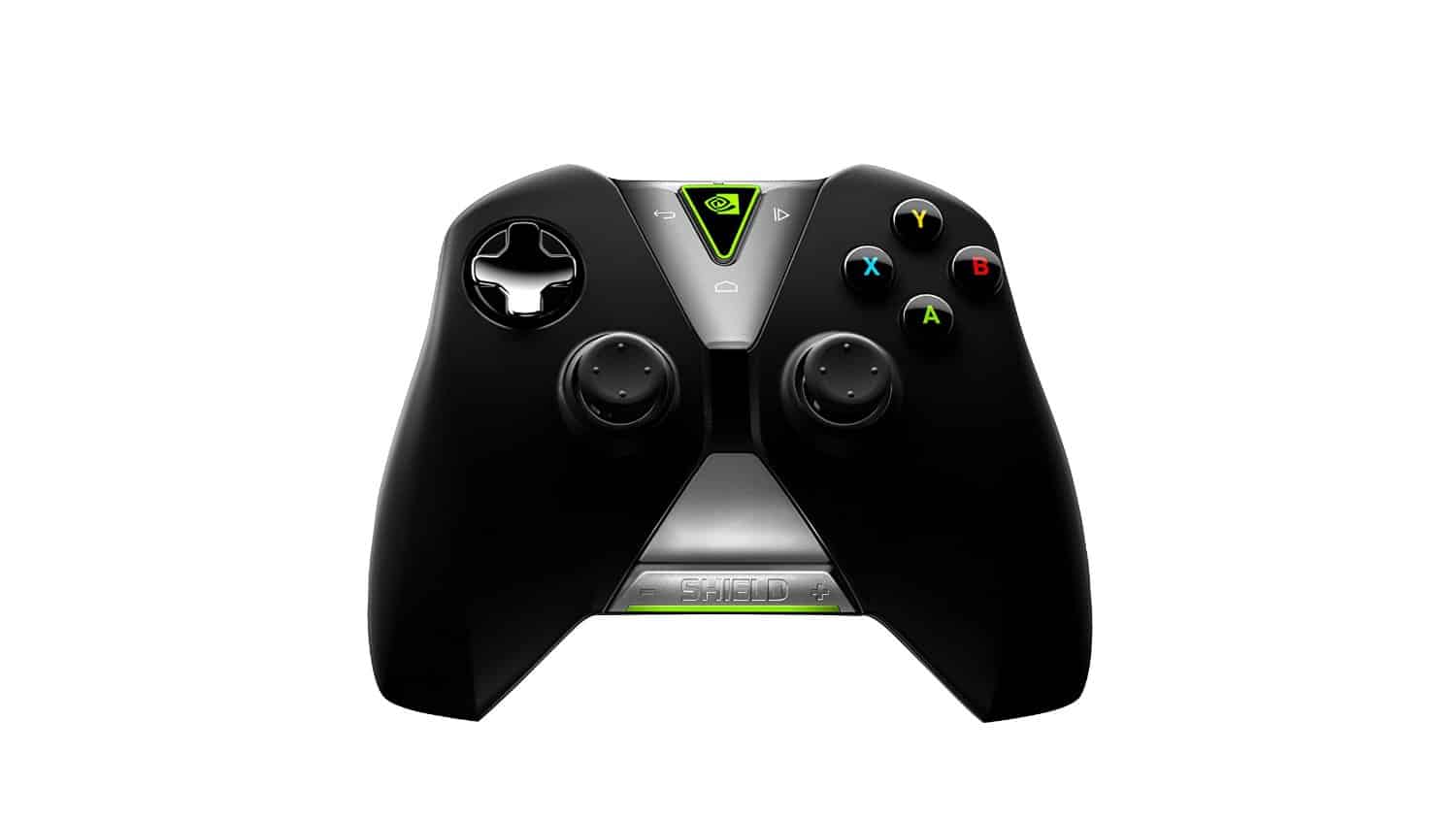 This is the only controller you need if you own either the NVIDIA SHIELD or the NVIDIA SHIELD Tablet, the cool thing is it also works with Windows so you can play your PC games with it. Unlike the other controllers on this list, the SHIELD controller connects through WiFi Direct which NVIDIA states should help to keep up your game speed performance. It features your standard sets of buttons like dual joysticks, a D-pad, four action buttons, left and right trigger and bumper buttons, and the headset jack not only lets you listen to your audio privately so you don't disturb others, but it supports game chat so you can talk with other players in online games. NVIDIA has also integrated a mic into the controller for voice search, so instead of pecking away at letters with the D-pad you can simply speak to it. 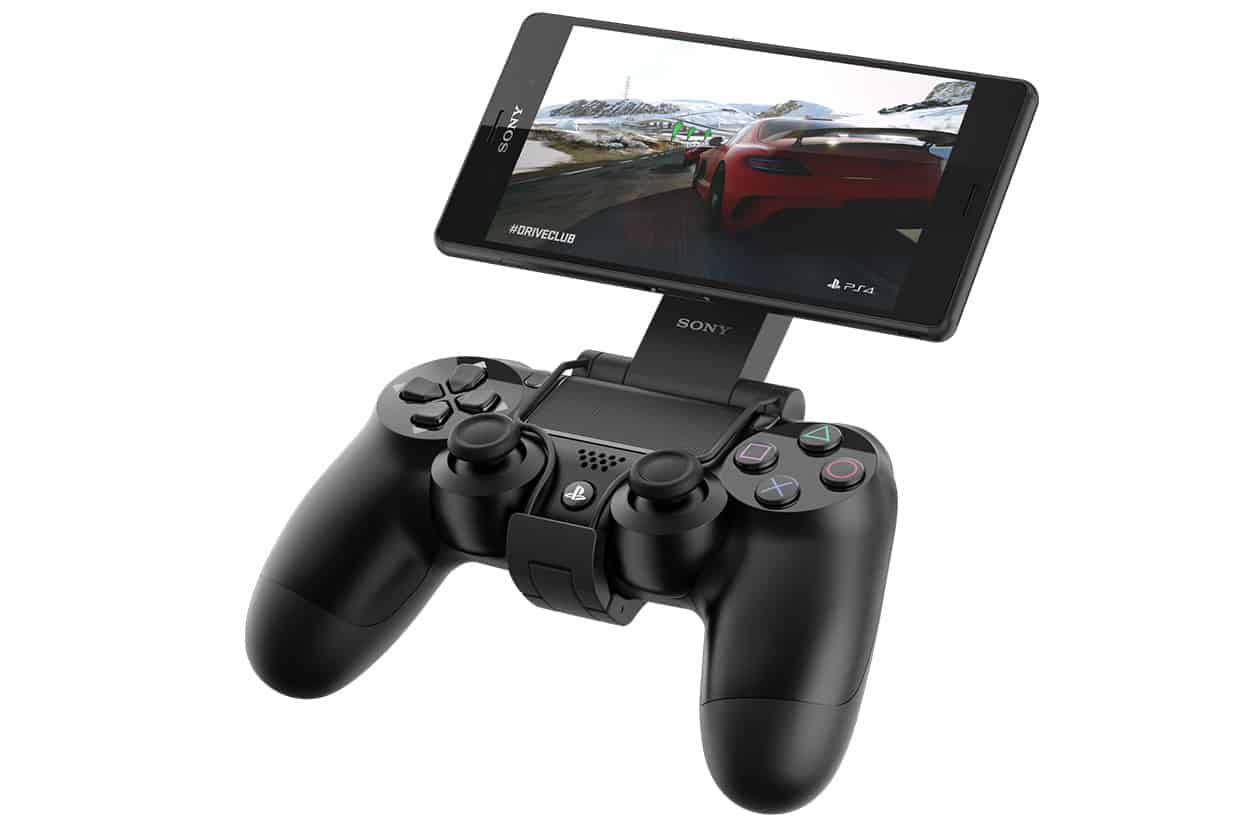 If you own a PS4 and a compatible Sony device that supports Remote Play, you want this mount. It attaches around your Dual Shock 4 controller while the suction cup fixes to your Sony device so you can enjoy PS4 games through Remote Play with a traditional set of controls. This way the only compromise you make is playing the games on a smaller screen, and not sacrificing controls to the touchscreen. The mount will support devices from 4-inches all the way up to 8-inches, so whether you're using something like the Xperia Z3 or the Xperia Z3 Tablet Compact, the mount will serve your needs for keeping the games in front of you. 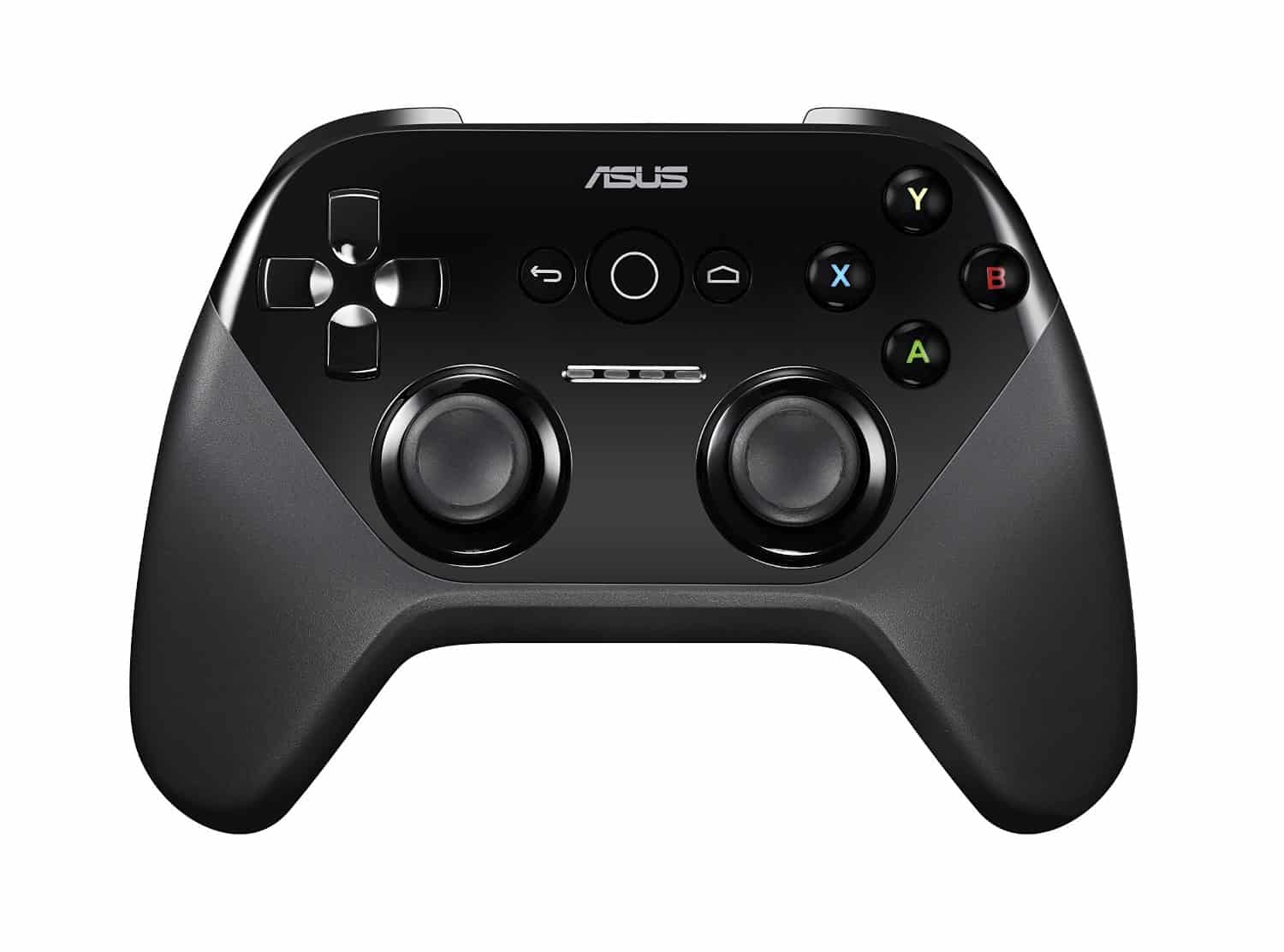 Following along the lines of th gamepad for the NVIDIA SHIELD controller and the gamepad for the new Amazon Fire TV, the ASUS Nexus Player Gamepad is just that, the gaming controller for use with the Nexus Player. Now that Android TV has been out a bit longer there are more compatible games for it, and if you have the Nexus Player but have never picked up the controller, this is a must have to really enjoy the gaming experience. You'll find home and back buttons for easy navigation of the Nexus Player, as well as a D-Pad, dual joysticks, four action buttons, and left and right trigger and bumper buttons up top. It support AA batteries so there's no need to recharge, simply replace the batteries when they die and you're good to go.