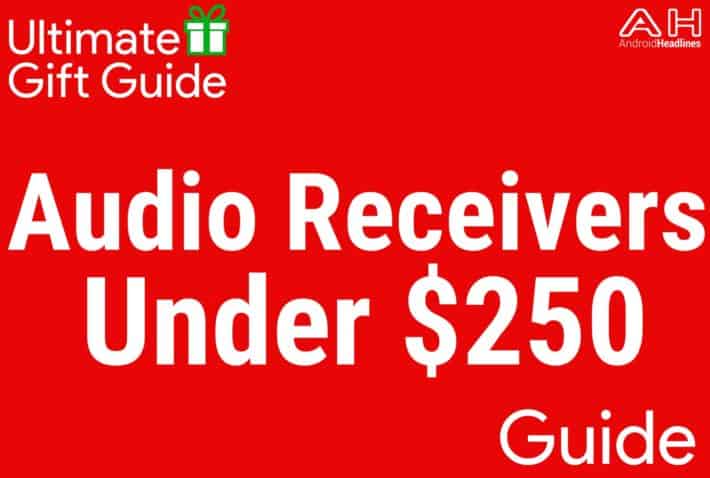 If you're anything like me, you prefer big amps and receivers that drive proper-sized speakers. That sort of setup isn't for everyone however, as people are turning to soundbars and 5.1 setups these days. This list of audio receivers under $250 however, has a little something for everyone, including a focus on Bluetooth and sound quality above anything else, so let's take a look, shall we? 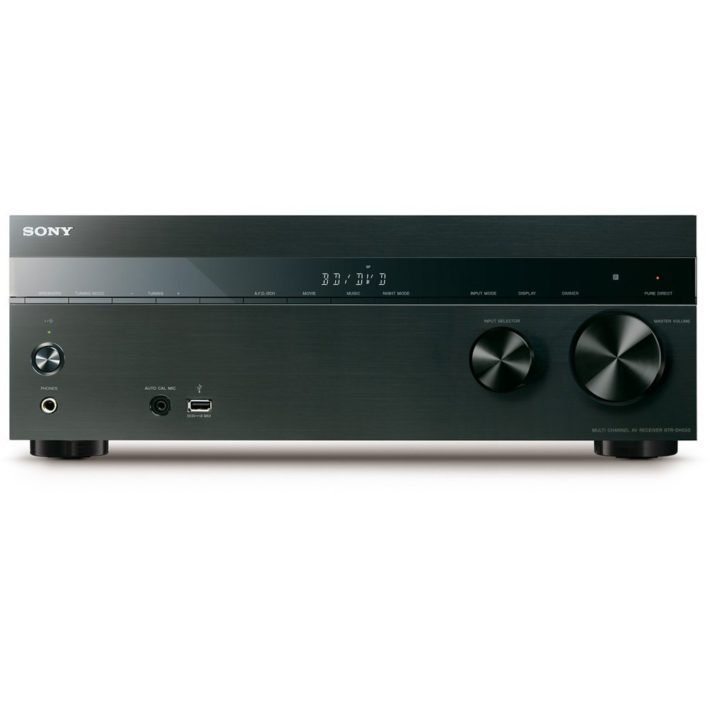 Starting our list off is this option from Sony, which features surround sound reproduction, as well as 4K support via HDMI. Loaded with ports, a modern look and an excellent feature list, there's little reason not to get this. A powerhouse that does it all for a small price, this is great value for money, the only danger here is that it's too much of a jack of all trades.

This option from Denon is another surround sound amp and receiver, but it sports a different look to the above Sony. The bulk of the hardware is a good-looking, slightly retro affair but with Bluetooth included, there's nothing to worry about here in terms of modernity. Denon is known for their bright and airy sound signature, and these will really open up your favorite TV or films.

Buy the Denon AVR-S500BT 5.2 Channel Receiver With Bluetooth from Amazon

This option from Pyle is quite clearly a budget offering, and as one of the cheapest on this list, it's not ashamed to be, either. With a definitely retro look and feel, this features 1000 Watts to each channel, and is best used in a serious setup, perhaps as part of a low-key events rig or something similar. For those on a budget that to give a serious piece of HiFi kit with lots of power and cool looks, this option from Pyle ticks a lot of boxes.

This is a stereo receiver from Onkyo, which is perfect for smaller and simpler setups, and there's nothing wrong with stereo, especially if you;re looking for mostly music reproduction. The great hing about this however, is that there are independent dials for bass, middle and treble and it will fit in under your TV just like any of these other options. 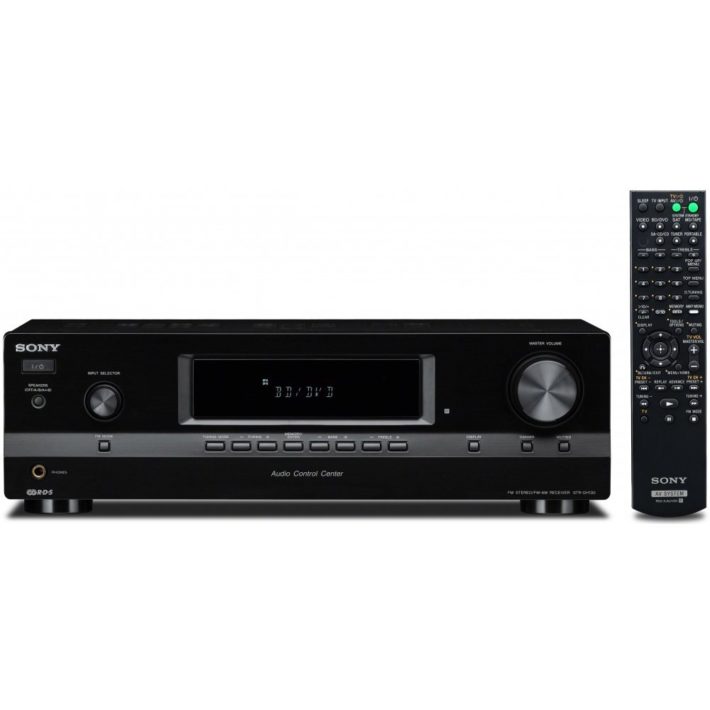 Another stereo receiver, this time from Sony, this features many of the features of the above Onkyo, with a few extras here and there. This is a typical Sony offer, and that means you should be getting that Sony house sound, with the same sleek looks as many of their other offerings in the audio receiver category.

The first entry from Pioneer on this list, the VSX-523 has all sorts of HDMI inputs, USB and headphone ports as well. It's a little chunky, but it has all the outputs for 5.2 speakers, and a good remote to go with it. If you want something that does it all, this can fill that gap in your AV rack for you. It supports Dolby ProLogic as well, so it'll be great for movies as well as music. 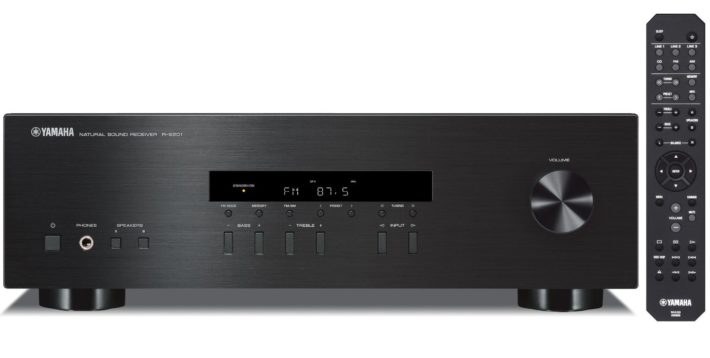 This stereo option from Yamaha is nice and simple, the thin remote has few buttons on it and there are digital buttons to adjust bass, middle and treble. This one is for the music listeners out there, and Yamaha's uncoloured sound reproduction will be great for those that want to hear everything as the artist intended, plus it's a great price. 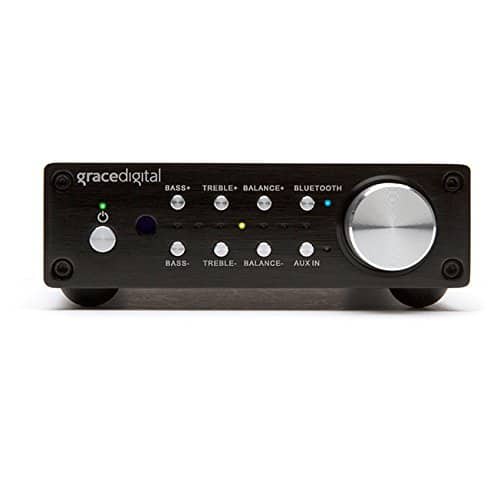 If Simple is something that you're in need of, then this little box of tricks from Grace Digital is worth taking a look at. a 100-watt stereo affair, this is built for small and simple setups, and relies on Bluetooth and Aux-In to pump that sound out. For a modern, simple setup this is a neat little stereo option. 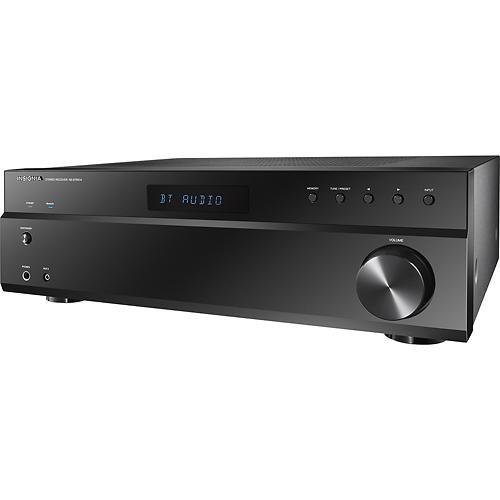 Speaking of Stereo, this option here is a more understated approach to other big black boxes here in this list. It'll powered two sets of stereo speakers at 100 Watts and let you change between them. It also has AM and FM radio support, so this could be an option for the older members of your friends and family.

One of the cheapest 5.1 options on this list, the RX-V377 clearly didn't have much work put into the overall design of the hardware. Still, in terms of sheer value, this is a great way to end this list and for those that want to give surround sound on a budget, this Yamaha option won't disappoint.