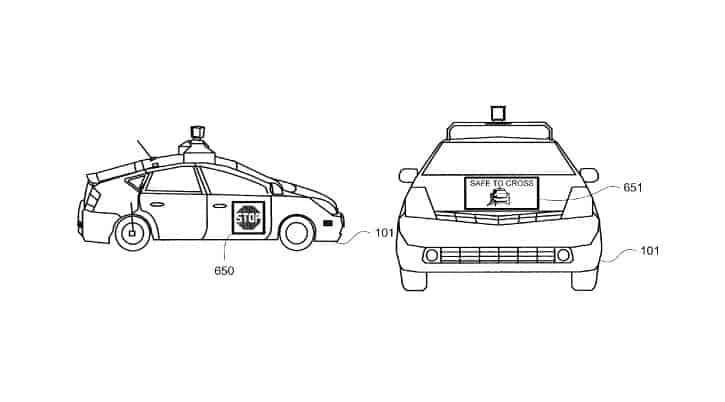 While Google´s project for building a self-driving car keeps moving forward, more concerns and complications have been surfacing. Liability is one big concern, as even though Google reports that from the small amount of accidents that happened on the test period, all of them had to do with human interaction, technology isn't perfect and some incidents might still occur, so it would be hard to blame a computer and a bunch of sensors that are making the car move. That's why Google has been making such technology work better over time and paying attention to more details. The company filed for a patent that would allow these cars to communicate with pedestrians back in 2012 and last week, the "Pedestrian Notifications" patent was finally granted.

The system from the patent includes sensors to identify pedestrians in front of the vehicle who are about to cross a road. Then, the computer would analyze the conditions and react in the safest way, it might make the vehicle stop, slow down or yield, and then notify the pedestrian what it's doing or what it will do next. To do so, "the vehicle may include a physical signaling device, an electronic sign or lights, a speaker for providing audible notifications, etc." While there are not many sketches of how the whole system might be implemented, there is one image that illustrates the description, which suggests that the cars could include screens in several parts so that pedestrians could read if the car is stopping to let them cross, this could be done with traffic signs or text, perhaps the cars could use a combination of lights and sounds to notify pedestrians of what the car is doing. This might sound like the solution Nissan showed off last month, which included a display on the dashboard with scrolling text to share messages.

The patent might even suggest that there might be movable elements to communicate such actions, and while robotic arms trying to communicate with people might look a little bizarre and it might not be the most elegant solution, we will surely have to get used to these type of cars and learn what they are communicating to ensure everyone's safety.