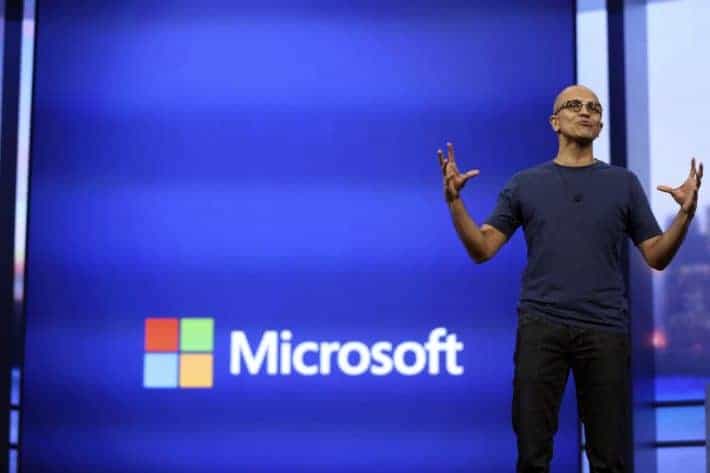 Long gone is the time when Microsoft would fight and crush its rivals, to the point of a company executive saying "open source is bad" way back in 2001. Former CEO Steve Ballmer was the most epic voice on battling rivals, calling Google a monopoly and saying that the government should do something about it, or by wanting to "kill" it (and throwing a chair across the room) when a former exec left Microsoft to work for Google. Of course he loved the company so much that things would get really personal, but this is all in the past, and the giant from Redmond has been shifting to an amazing openness and integration with other companies in all areas it does business in, including rival Google. Both companies have been working together in several projects and recently Google engineers even took to the stage to say how much they love working with Microsoft: "we share the same soul".

That was said by Brad Green, the Director of Engineering for Angular.js, a very popular and open-source Javascript framework developed by Google (and not many people knew) in partnership with Microsoft, during the Microsoft Connect(), one of its annual developer conferences. The fact is, when Google wanted to create a project for improving Javascript, they found out Microsoft already had Typescript, a programming language based on Javascript that brings in several improvements. Google's Green then contacted the head of TypeScript with Microsoft and the Angular.js project took off. Today the tool has a wide range of uses, powering several websites such as ABC News, NBC, JetBlue, Disney, KLM and Sprint.

Since Satya Nadella took the helm as the new CEO, Microsoft has been working hard to make its products universal, including building its own version of Linux or making Visual Studio available for Linux and Mac users. Windows 10 and its personal digital assistant Cortana are being built to work seamlessly between Windows devices and Android smartphones and tablets, and its office suite is widely available for Android. Microsoft has also released dozens of amazing apps for Android, including the Outlook mail client, Arrow launcher home screen replacement, a lock screen and much more.