Flip phones were once extremely popular, more or less every cellphone manufacturer had such a model in the lineup. Well, they're still quite popular in Asia, a number of smartphone OEMs release smart flip phones, and one such device was certified by TENAA yesterday. The device actually offers a quite nice set of specs, and it seemed like this will be yet another Asia-exclusive device. Well, the Galaxy Golden 3 has now popped up over at FCC, which is quite interesting, read on.

The phone has surfaced over at FCC under the SM-W2016 model number, and it seems like the US will get a new Samsung-branded smart flip phone soon. We didn't get an image of this phone from TENAA nor FCC, but we do hope one will pop up soon. Anyhow, according to the new info, the phone will pack in a 2,000mAh battery, and will pack in Bluetooth 4.1 LE, Wi-Fi, GPS and USB. The phone will also offer 4G LTE connectivity (TD-LTE), and it will measure 120.4 x 61mm (height and width), while it will weight 204 grams.

That being said, the SM-W2016 aka Galaxy Golden 3 will feature two 3.9-inch 768 x 1280 displays along with 3GB of RAM and 64GB of internal storage. The 16-megapixel camera will be located on the back of this device, and a 5-megapixel shooter will be available up front. Android 5.1.1 Lollipop will come pre-installed here with Samsung's custom UI available on top of it. This phone has earlier surfaced on GFXBench and also on Zauba (India's import / export website). According to Zauba's listing, the phone might carry a $400 price tag, but don't take that as a guideline, those listings are for test devices and the pricing on there is oftenly completely inaccurate.

That is pretty much it, all that remains now is to wait for Samsung's official announcement. We know pretty much all of this phone's specifications now, and Samsung will quite probably announce the phone before the holidays. It remains to be seen if they plan to release it in China and US at the same time, or is the US going to wait a bit before the phone becomes available. Either way, stay tuned, we'll report back as soon as something pops up. 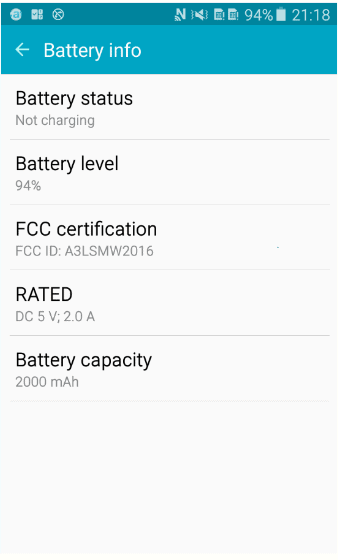